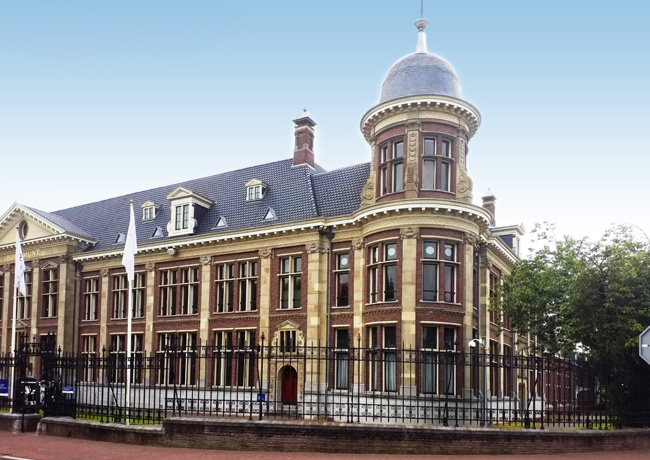 NUMISMAG took part to the 2018 Day of the Mint, june the 9th, organized by the dutch mint, the KNM. This event was as usual a success. Over 1400 visitors and about 30 exhibitors took part to this event. 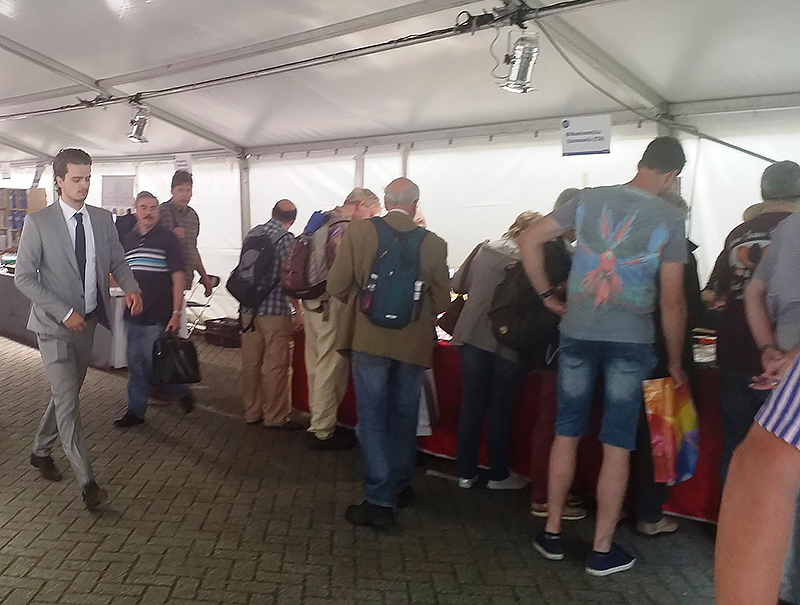 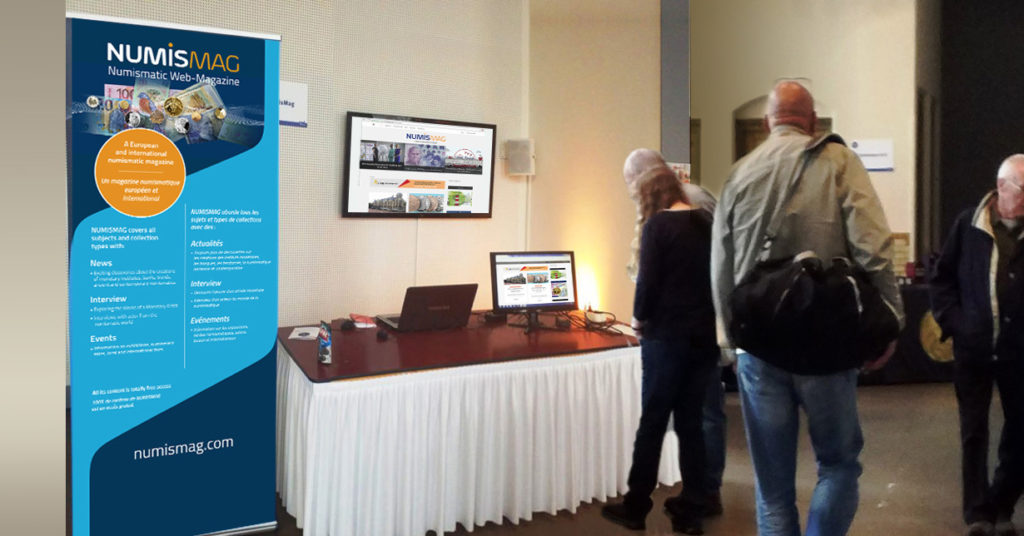 Numismag’s booth at 2018 Day of the Mint 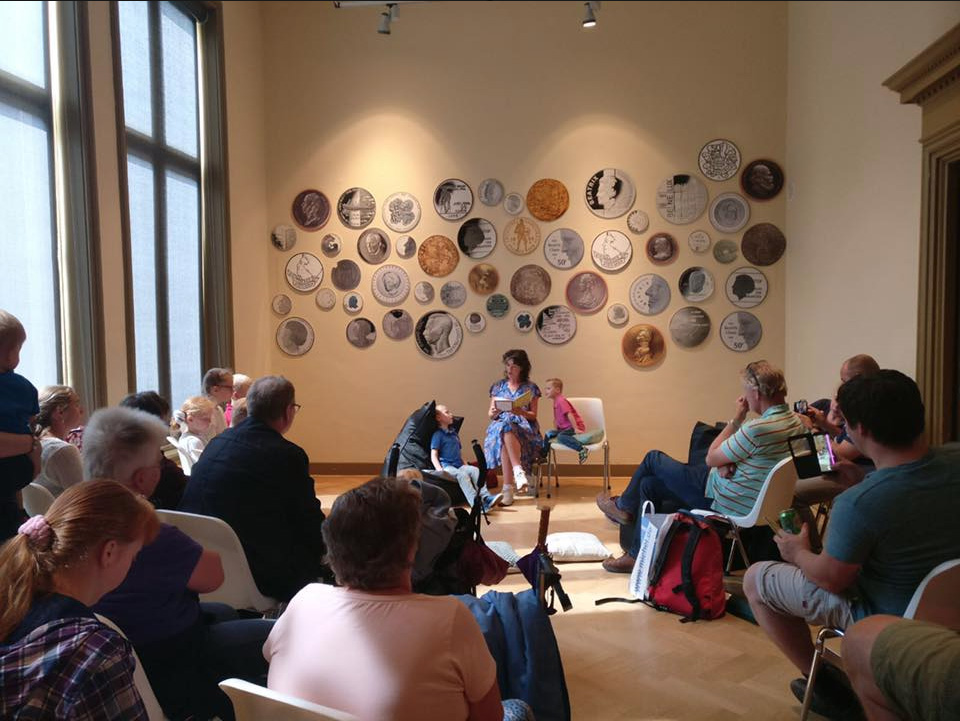 As the Dutch Mint prepares to leave its historic building and its future location remains to be determined, NUMISMAG TEAM felt it appropriate to interview VINCENT VAN HECKE, new CEO of the dutch mint, about KNM perspectives and his vision for future of the compagny in the very competitive market of coin minting activities. 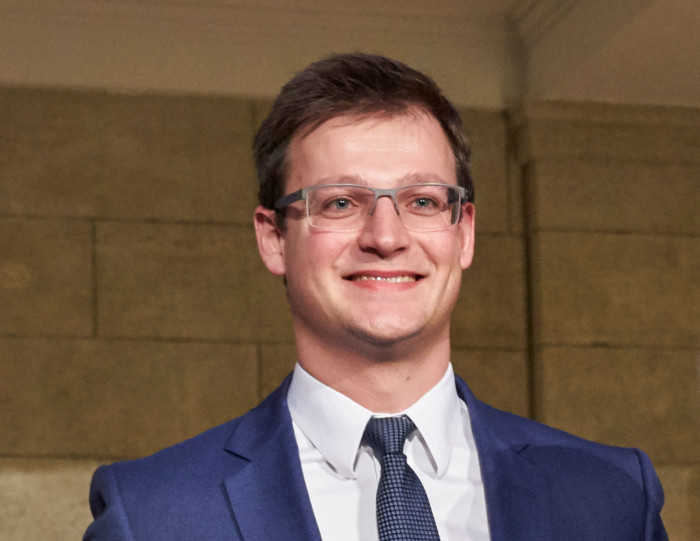 NUMISMAG: What are the changes in the KNM since the purchase of the company by HEYLEN group? 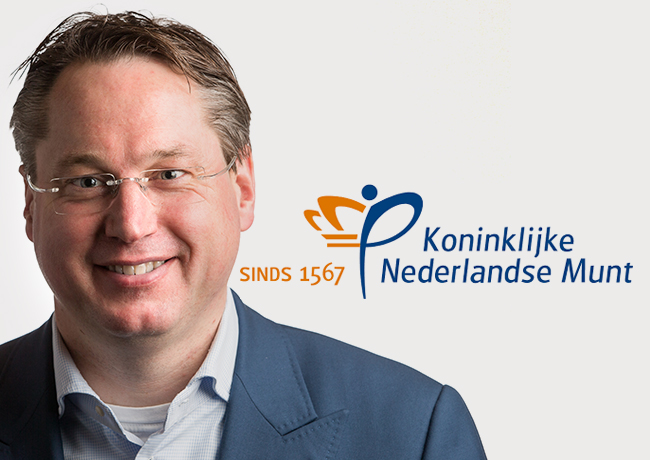 Sander KNOLL product and business development manager of the KNM

The business units are more knowledgeable and agile due to an increased focus, resulting in better cost control and service level for our customers. In addition, whereas we started with a virtually empty project pipeline, we currently have full production for all our activities. The most important new contract was for Belgium, which included both production of collector and commemorative coins as well as promotion and distribution of collector coins.

NUMISMAG: What will be your objectives for this year?

VINCENT VAN ECKE: For Circulation Coins, this year’s objective is to improve our cost leadership in the industry and expand our geographical footprint. Additionally, we want to contribute to a payment system where cash is a more economical, convenient, safe and reliable for the public and central banks.

For our Collector’s market, the most important objective of 2018 is a successful launch of the Belgian collector coin market. Recently, we launched the first coins (2 euro about May ’68 and the 2,5 euro about the Red Devils). The sales of both coins are selling above our expectations, so we are on track of establishing a good B2B and B2C network in Belgium as well.

Overall, we expect to be profitable without any state aid.

NUMISMAG: What will be your objectives for the years to come?

VINCENT VAN ECKE: We want to be the preferred Mint for small and midsize central banks worldwide. More specifically, in Europe we expect a gradual disappearance of the 1 and 2 eurocent coins. The two lowest denominations represent today 64% of the euro production in volume. We expect the disappearance to be the trigger for many European countries/central banks to outsource the production. As the Royal Dutch Mint, we want to be the one-stop-shop, offering all the services the domestic mint was offering before. Winning the Belgian tender was a fantastic first in this consolidation strategy. 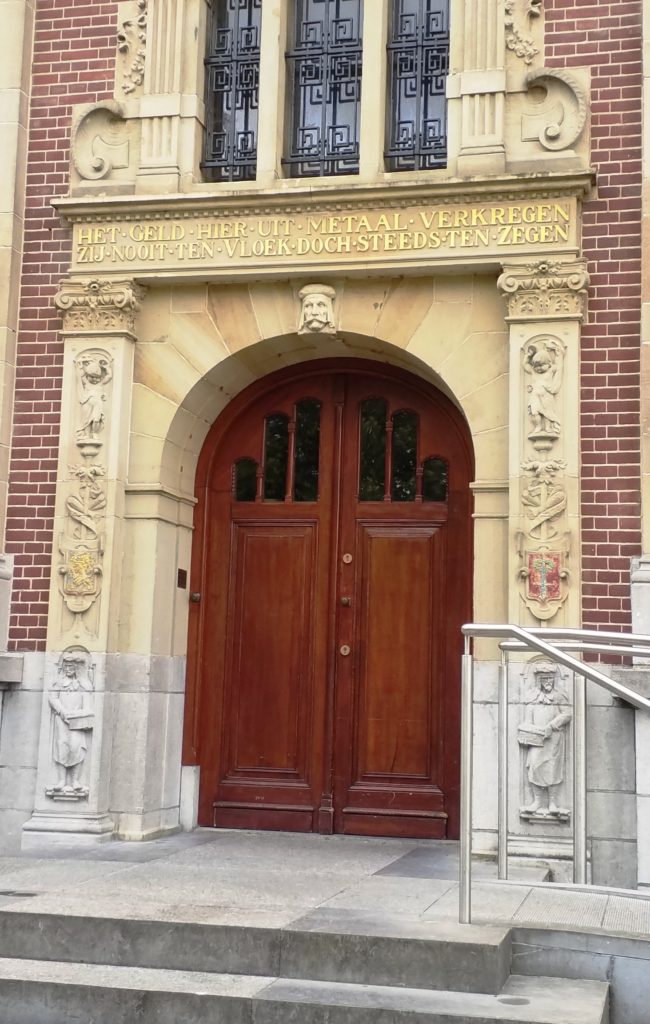 The secret recipe of the Royal Dutch Mint is that we have been incorporated since 1994. Our staff today are not civil servants since more than 2 decades, and we are in general more flexible and customer oriented than many of the state owned Mints. In combination with to the typical Dutch commercialism, we have been more entrepreneurial than many of the state-owned mints.

NUMISMAG: Does the KNM plan to strike bullion coins in the future?

VINCENT VAN ECKE: We already strike “Bullion-like” coins such as the Lion Dollar and Ducats. Currently, the framework for bullion coins in the Netherlands does not allow for a viable commercial operation today. 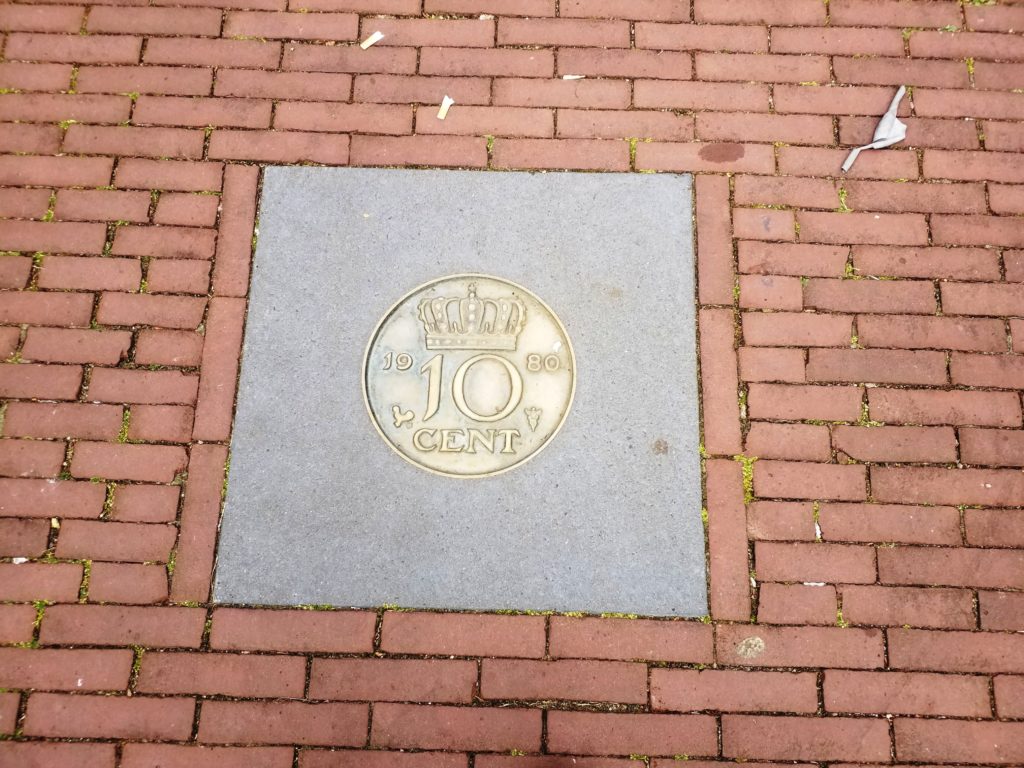 Medal inserted in sidewalk in front of the dutch Mint

NUMISMAG:  Does the KNM still have circulation and collectors coins strike monopoly for the Netherlands?

NUMISMAG: What is the process and the people that are involved in coins themes and designs choices in the Netherlands?

VINCENT VAN ECKE: The Ministry of Finance chooses the subjects to commemorate. These must be events of national importance, typically with other festivities and events organized around this. We can make suggestions, but the Ministry of Finance has the final say. Afterwards, the King’s Office needs to give its permission for the subject as the King’s effigy will be depicted on the front side of the coin.

Around these subjects, an independent committee, that comprises artists, art professors and numismatists, writes a tender for artists that can submit their portfolio. For every subject, 10 artists are chosen to make a design based on the relevance of their portfolio. The artists first receive a briefing around this subject and then they can start making a design for the coin. In the end, they all make a piece of art and can comment on their art during a presentation. The independent committee chooses one design and then the real work begins for the Royal Dutch Mint. The artists have no experience in coin design and do not take into account the typical limitations of a coin (relief, size, metal flow…), so our modelers need to make the translation from artwork to coin design. 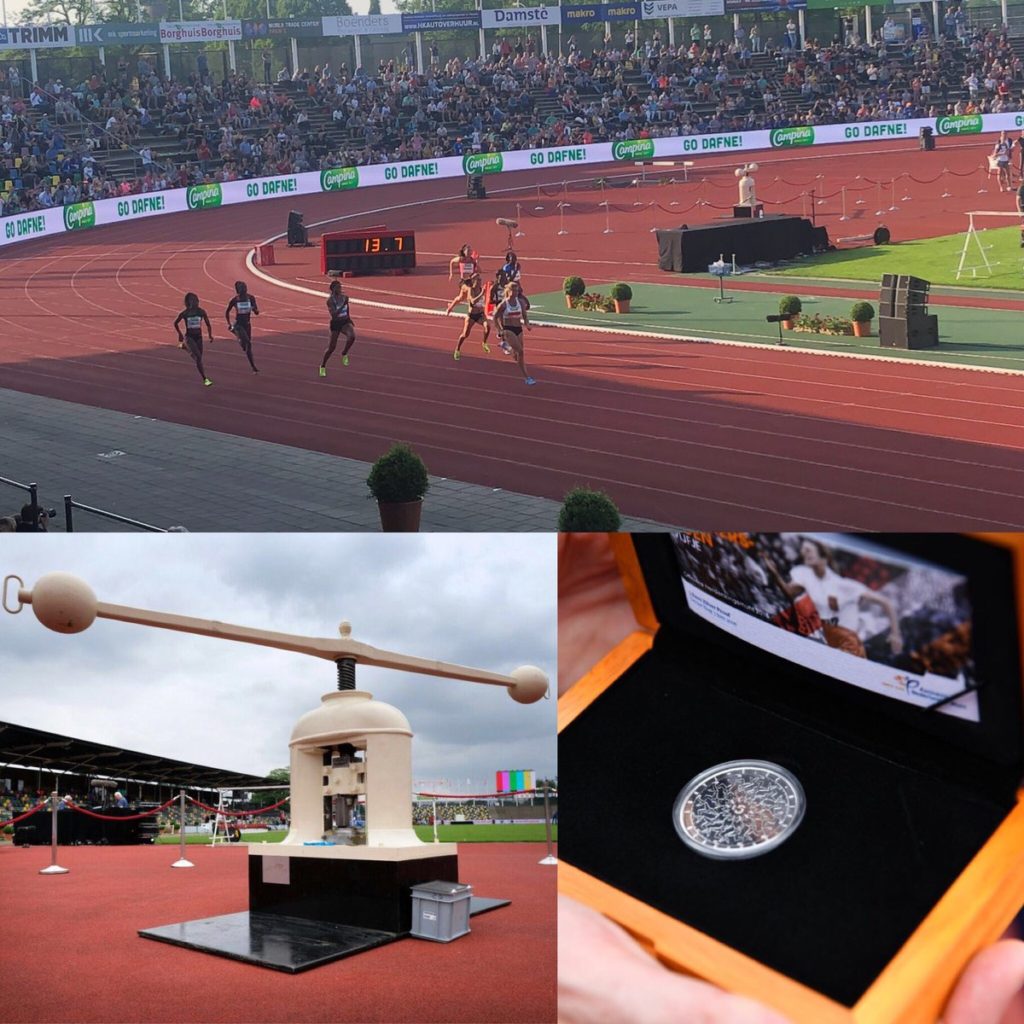 When the artist and our modeler come to a design they can approve, the design is presented to the independent committee, after which the design in its final form is approved by the Ministry of Finance and the King’s Office. Sometimes, changes need to be made, so in total this can be a long process.

NUMISMAG: What kind of contract did you conclude with Belgium State for coin strikes? 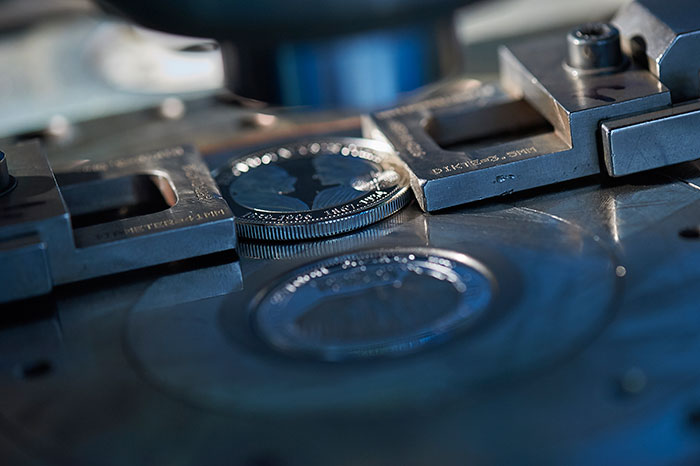 NUMISMAG: How are shared the responsibilities between KNM and the BELGIUM State?

NUMISMAG: Who decides of subjects and graphics for belgian coins?

VINCENT VAN ECKE: The Royal Mint of Belgium has an in-house designer, Luc Luyckx, who makes the Belgian coin designs. Luc Luyckx is well known for designing the common side of euro. The Royal Dutch Mint approves the designs made by Luc and then we can start production, promotion and distribution. 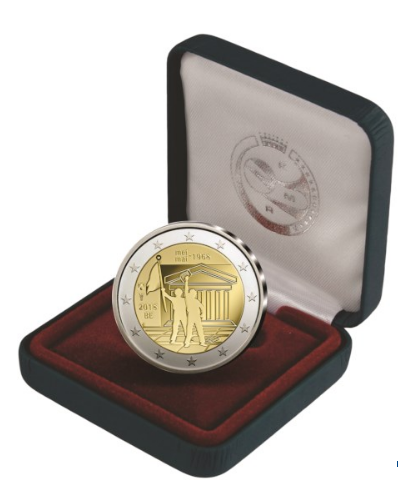 NUMISMAG: Does the engraver Luc LUYCX work for the KNM?

NUMISMAG: Who are your serious competitors on the markets on which you are working on?

NUMISMAG: What are the last coin strikes export contracts concluded by KNM, concerning circulation and collectors coins (in Europe and out of Europe)?

NUMISMAG: What do you think of a cashless society? Is this realistic?

VINCENT VAN ECKE: Once upon a time in a galaxy far far away…
I can not predict what will happen 100 years from now, but I do not expect to ever see a cashless society in my life (and I am only 35 years old…). Cash simply has properties for which there are no alternatives and the consumer wants and deserves to have a choice. Probably some new payment systems may emerge or may become more important, but in the foreseeable future cash remains the most important payment method (today 80% of all transactions). The alternative payment methods also affect more the use of banknotes than the use of coins. Compare it to the use of bicycles when the mass production car was invented. Certainly both transportation means have affected each other, but they both still exist because they are sufficiently different.

I do expect some shocks for the cash industry, such as rationalization of monetary family. Low denominations disappearing, such as 1 and 2 eurocents which today comprise almost 2/3 of the eurocoin volume, and a higher note-coin boundary. Banknotes are so expensive that central banks will replace the low denominations with coins. In that sense, I do expect to see 1, 5 and even 10 US dollar coins at some point in my life. 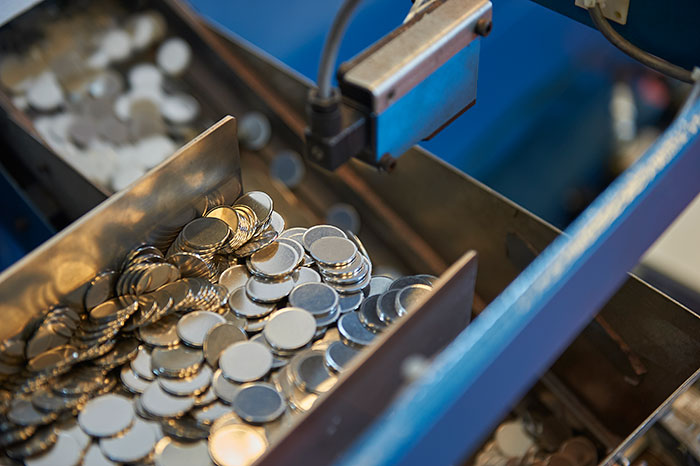 Advantages of cash are that it is not technology dependent, requires no explanation, ensures privacy and is free of transaction/finance costs. Alternative payment methodologies are always network products, meaning it can only be used if both sender and receiver use the same platform. And this compatibility is highly dependent on the number of users. No country will ever accept that a single private company controls their payment infrastructure. The best way to keep this market competitive is to have an efficient cash collection and distribution infrastructure.

The result is that the “more progressive” Central Banks are now making efforts to support sufficient infrastructure to support cash. Sweden intends its banks to ensure their customers to have access to cash withdrawal and deposit facilities. The Dutch central bank thinks retailers must continue to accept cash as payment option in case of technical interruptions and to protect vulnerable groups in our population (elderly, low-literates). Just two months ago there were technical problems at Worldline in Belgium, interrupting payments with foreign credit cards. Without cash as viable alternative such situation is a catastrophe for tourists and business travelers. Imagine you can not pay for your taxi and you miss your important meeting or flight. 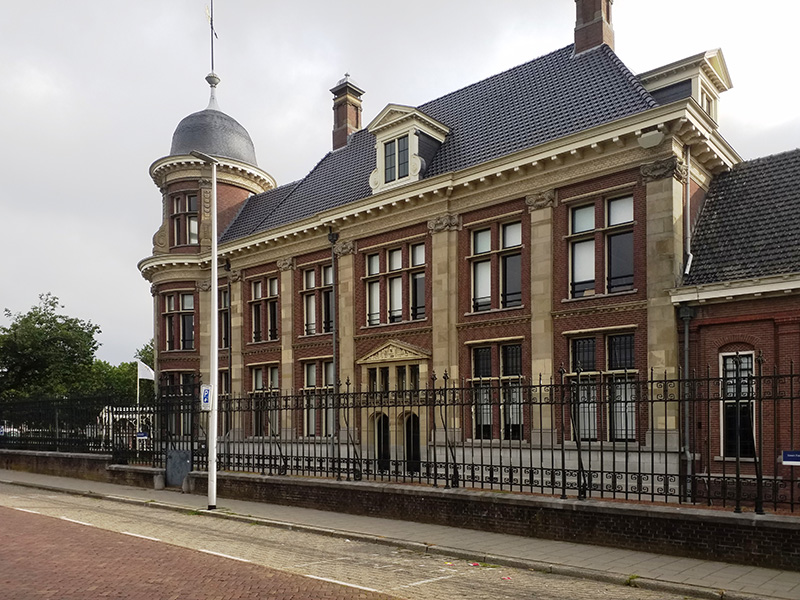 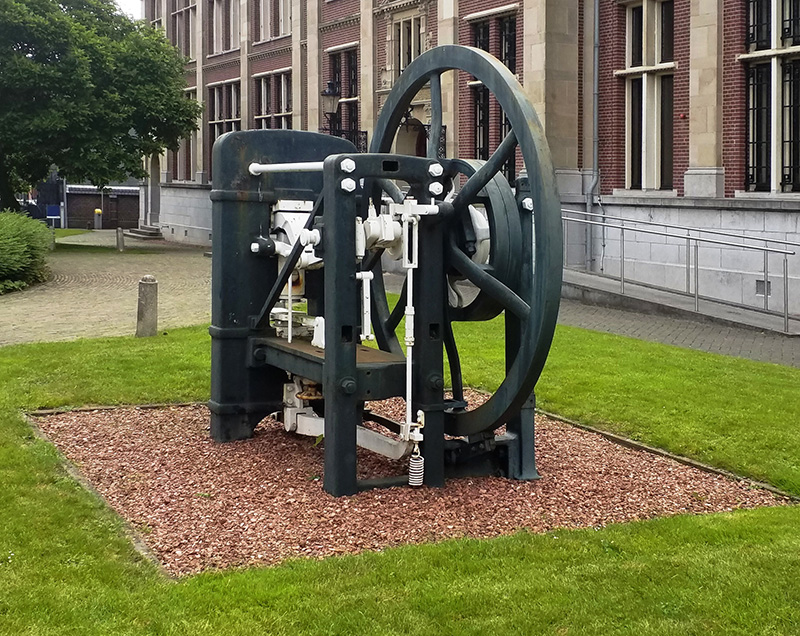 Sources and photos: KNM and NUMISMAG©