Of the six animals featured in the Wildlife in our Sights series, the mallard is the only one that most of us are likely to see on a daily basis. As it is able to thrive in urban areas, the duck is a common sight in parks lakes, rivers and canals throughout Western Europe. But as the final coin in the series shows with brilliant clarity, the mallard’s ubiquity does not make it any less striking.

Considered a species of least concern by the International Union for Conservation of Nature, the mallard is a very adaptable species of dabbling duck. With a glossy bottle-green head and a white collar, the breeding male mallard (drake) is unmistakable. The female is predominantly mottled but both birds have distinct iridescent purple-blue feathers edged with white on the back of the wing.
Celebrating the diversity of Europe’s native wildlife and the sustainable management of the natural habitats in which it continues to thrive, Wildlife in our Sights is now drawing to a close. 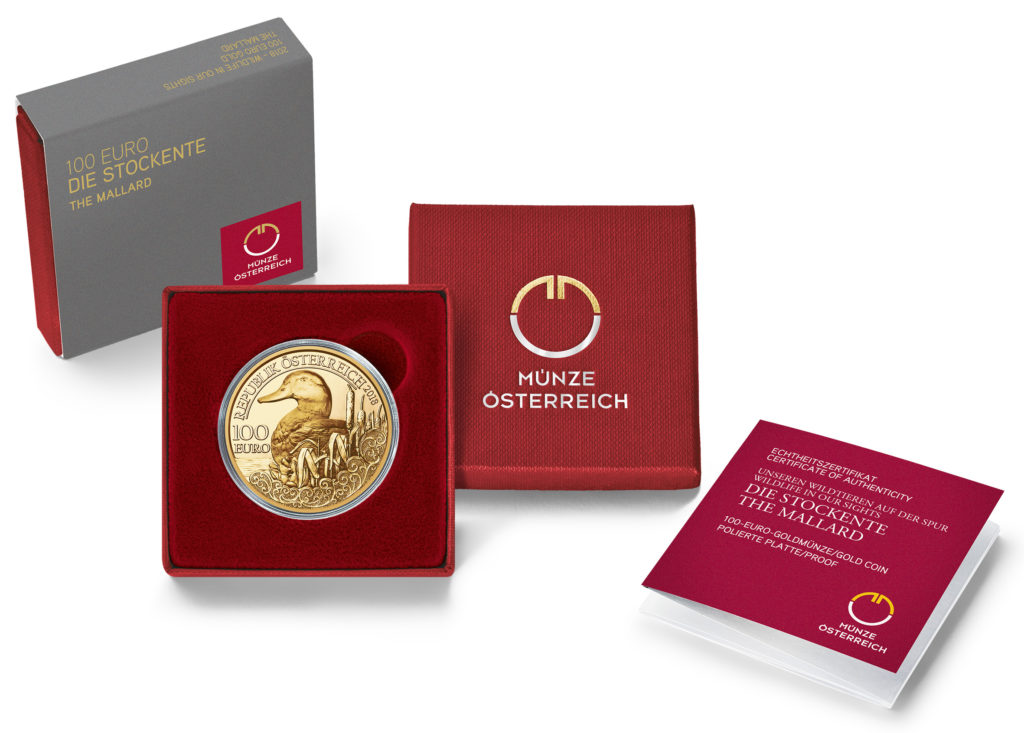 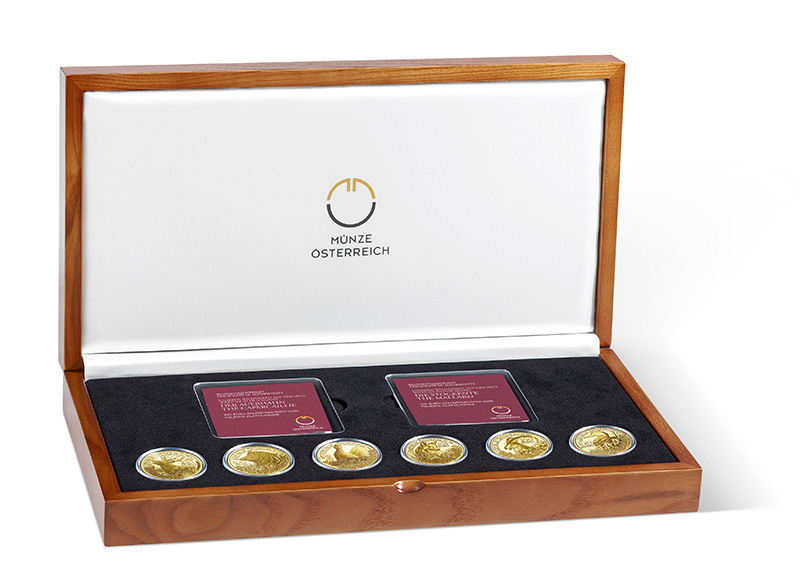 All six of the 100 euro Proof quality coins in the series feature a masterful depiction of one of the continent’s most recognisable wild animals in its natural habitat, while the lower part of each coin is exquisitely decorated with an ornate design that gives the series its distinctive character. A swimming mallard drake features on the obverse of this last coin, a mallard family features on its reverse.