The Arambourgiania philadelphiae belongs to the family of pterosaurs, the first vertebrates that adapted to life in the air. Pterosaurs were not real dinosaurs, but like them, they were descendants of the first archosaurs.

The first of them appeared in the Late Triassic, about 228 million years ago. Their last representatives lived 66 million years ago on the border between the Cretaceous and Tertiary. Pterosaurs were already excellent flyers 60 million years before the birds and spread throughout the world.

The Obverse of the coin shows, in the form of a silhouette, all the dinosaurs that appear in the series of 12 “Super Saurier” coins. Stylized herbs and air bubbles are placed between the animals. 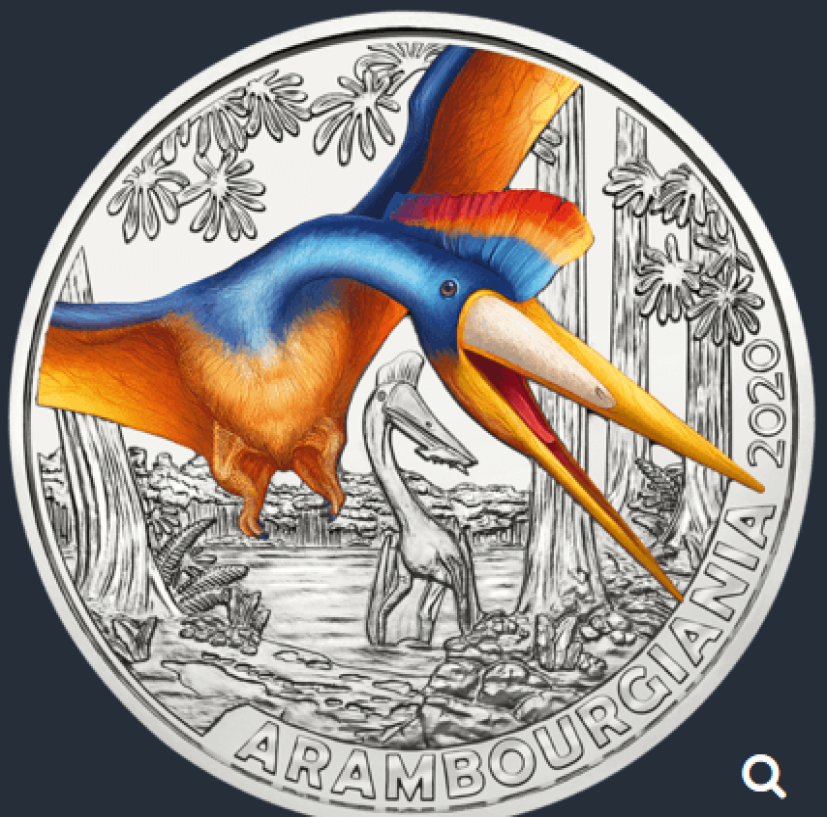 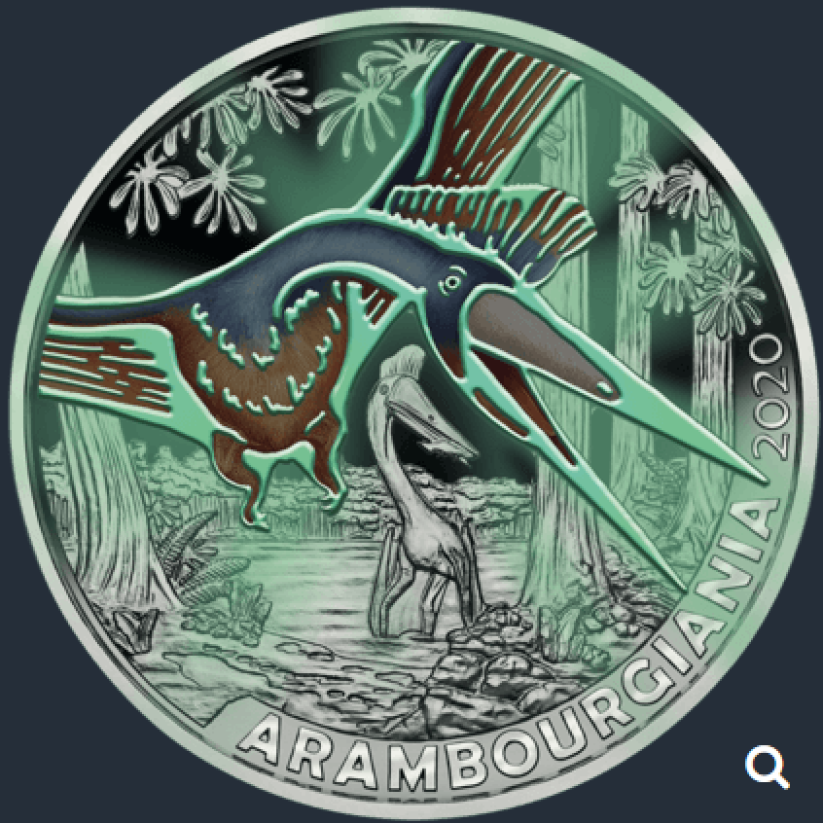 The coin is partially phosphorescent