Ankylosaurus magniventris is a massive herbivore and was one of the last large non-avian dinosaurs to roam the earth. Looking like a four-legged tank with a broad torso covered in humps, spines and protected by a bone-plated corset, not to mention horns pointing backwards from the back of its head, ankylosaurus magniventris is brought to life in vivid detail on the fourth coloured coin in the Supersaurs series.

Only appearing a couple of million years before the extinction of non-flying dinosaurs, at the end of the cretaceous period some 68–66 million years ago, ankylosaurus magniventris measured 9 metres in length and weighed around 3.5 tons. Needing to eat up to 60 kg of food per day, the dinosaur thus had little time for anything else. This has led some experts to speculate that the beast’s extraordinarily wide belly – hence ‘magniventris’ –  accommodated a digestive system that was able to process food in several stages.

Ankylosaurus magniventris features all 12 of the extreme prehistoric animals in the Supersaurs series in silhouette on its obverse, while a colour-printed ankylosaurus is shown in its native prehistoric habitat, with a predator in the background, on the coin’s glow-in-the-dark reverse. The 3 euro Supersaurs coins are legal tender in Austria. 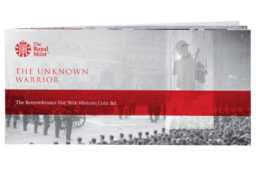