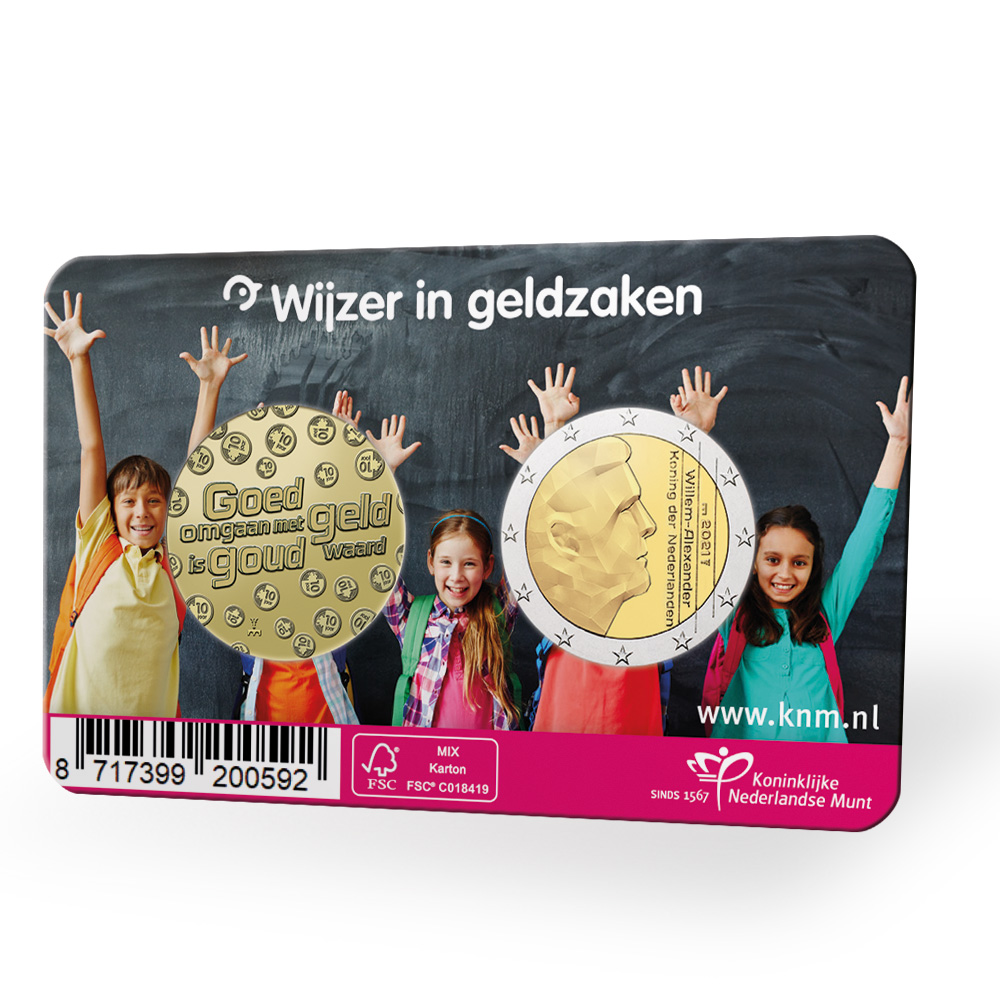 The Royal Dutch Mint is the only producer of Dutch euro coins. It is therefore only natural to collaborate with the National Money Week. For this reason, not only a medal but also an official Dutch 2 euro coin 2021 is placed inside the coincard. This 2 euro coin will not go in circulation and is only available in the Royal Dutch Mint coin sets. Due to the postponement of the National Money Week, this will be the last coincard that depicts the silhouette of the old Muntgebouw.

The obverse of the medal shows the words “10 jaar” (10 years) and the piggy bank from the National Money Week logo.

On the reverse, the motto “Goed omgaan met geld is goud waard” (Handling money responsibly is worth its weight in gold) is inscribed. This is the theme of this year’s National Money Week. The obverse of the medal finds its way back to the reverse. The little coins you see all over the reverse, are exact copies of the obverse. 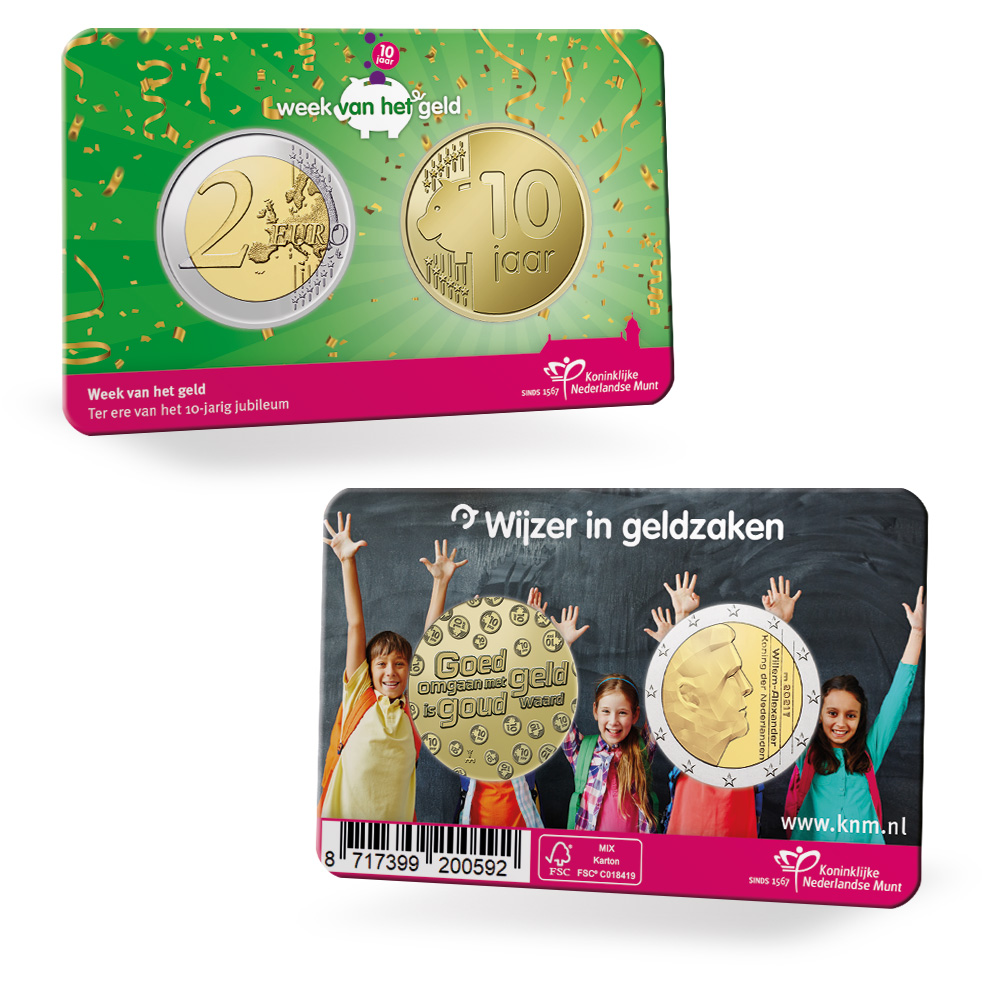 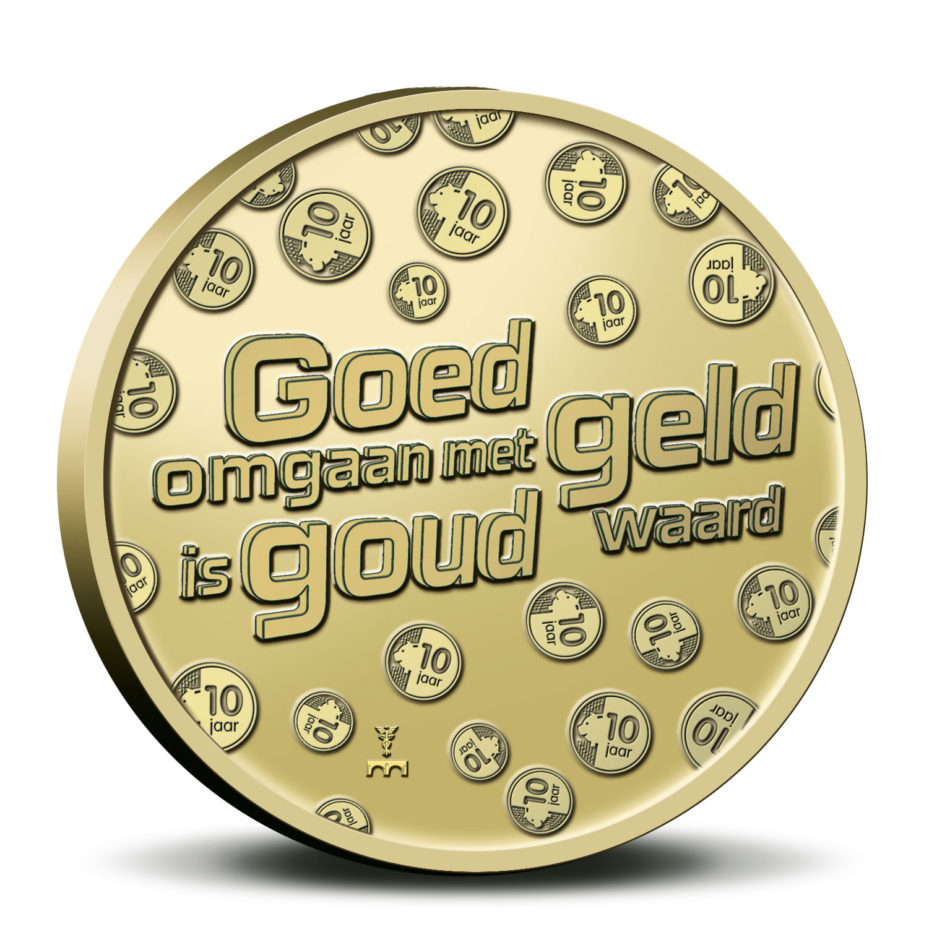 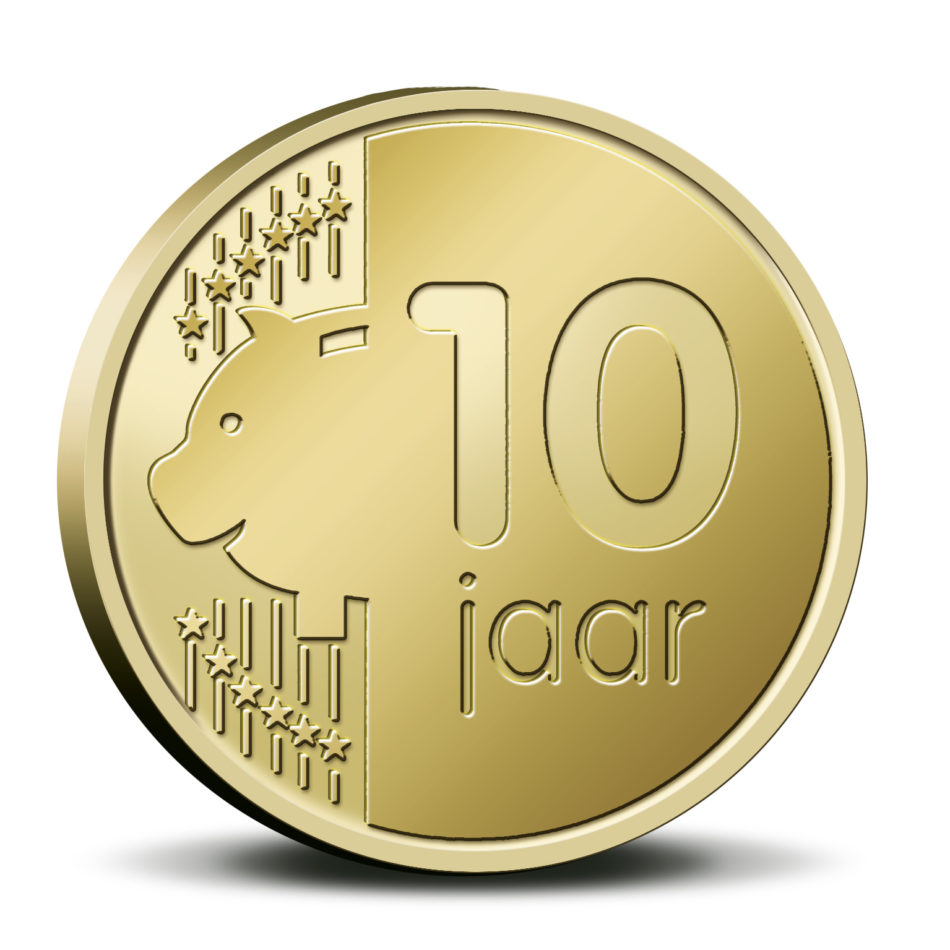 MintageTo be determined in August 2021