This year the Dutch Red Cross is celebrating its 150th anniversary. To mark this occasion, the second official commemorative coin of 2017, the Red Cross €5 coin, will be issued.

For the first time, a Dutch commemorative coin has the same design for the obverse and the reverse. Both sides of the coin feature a globe on its side, with interconnected crosses symbolizing the unity of the Red Cross and the affiliated associations worldwide.

The red cross, the initial idea of Henri DUNANT:

The Red Cross idea was born in 1859, when Henry Dunant, a young Swiss man, came upon the scene of a bloody battle in Solferino, Italy, between the armies of imperial Austria and the Franco-Sardinian alliance. Some 40,000 men lay dead or dying on the battlefield and the wounded were lacking medical attention.

Dunant organized local people to bind the soldiers’ wounds and to feed and comfort them. On his return, he called for the creation of national relief societies to assist those wounded in war, and pointed the way to the future Geneva Conventions.

The Red Cross €5 2017 has been designed by the Dutch designer Rogier Arents. His design focuses on the global, non-partisan nature of the Red Cross. Just like the Red Cross, a special feature of this commemorative coin is the fact that it does not ‘take sides’. 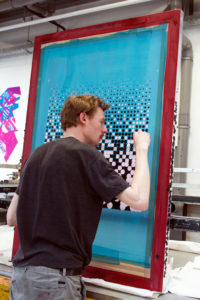 Red Cross €5 coin will be available from 12 June 2017 from participating Post NL post offices and Primera. The Royal Dutch Mint will also strike the commemorative coin in special minting qualities for collectors.

Exclusive to this issue: a red-coloured cross on both sides.