Since 2014, Monnaie de Paris developed a series of coins devoted to the Great War (1914-1918). In 2017, the french mint strikes on this occasion three new coins which commemorate in particular French aviator GUYNEMER.

Description of the coins:

On the obverse families are represented coming to see military planes taking off. At that time, takeoffs of  planes were a show for the airfields close residents. Another plane is represented in the sky between a poppy and a cornflower whereas the SPAD of GUYNEMER is also taking off. The same GUYNEMER is represented on the reverse, flying over the battlefield where two Saint-Chamond progress tanks, witch were first tanks made in France. With the foreground is represented an american infantryman, symbolizing the entry in war of the United States in 1917, beside of the allies troops. 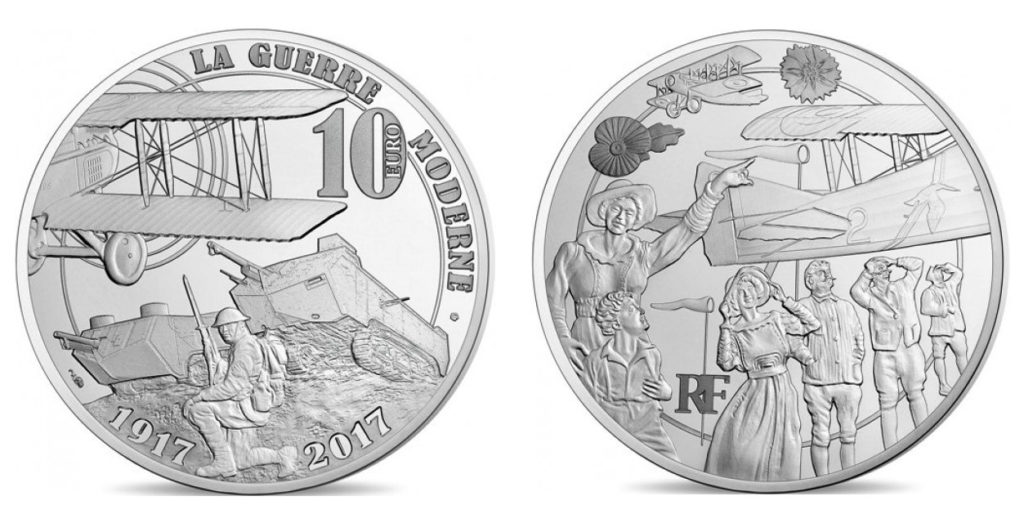 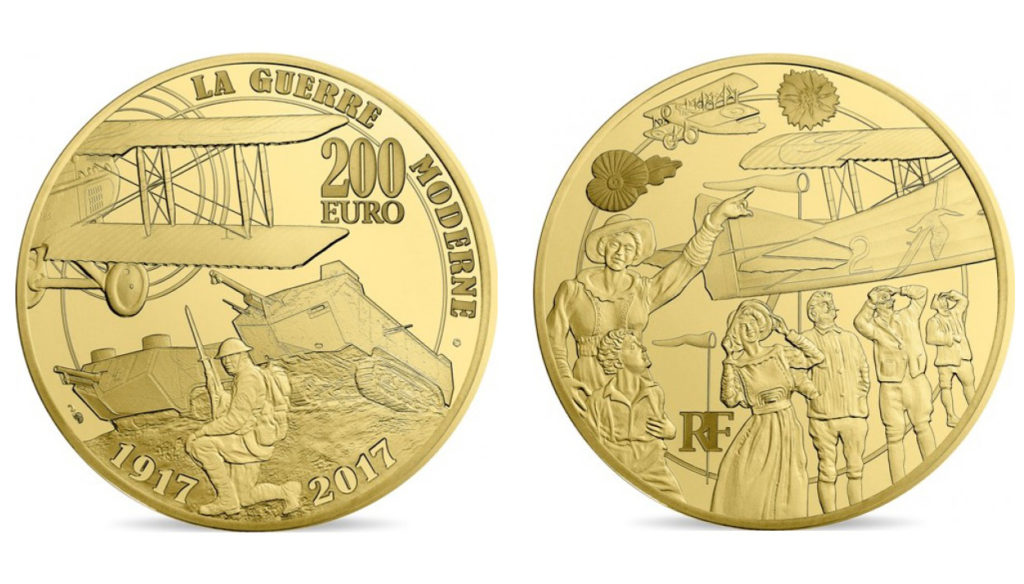 500 sets will be issue. The french Mint announces in addition that the coins of 20, 50 centimes and one euro were not struck for circulation in 2016.