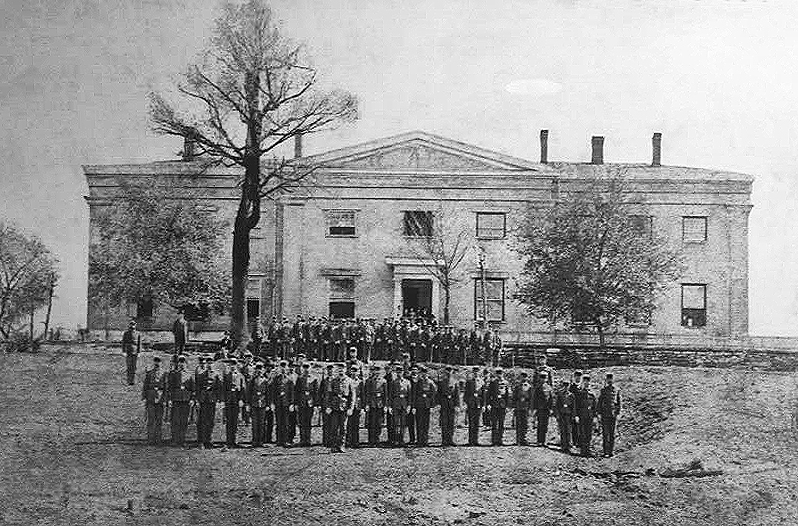 The US Mint (Mint of the United States) had, for one short period, a local branch which had been established in the DAHLONEGA city, in Georgia.

Why did establish the US government a branch of the US Mint in this small town of the State of Georgia? Quite simply because the area was the site of a gold rush between the years 1830 and 1860, beginning year of the American Civil War. This one was the first gold rush and takes place 20 years before California one’s. The US mint located its new branch in DHALONEGA to be as closest as possible of gold mines in order to reduce gold transport cost and gold transport security.

This local US Mint branch used letter D as mintmark and struck only gold coins with 1,2.5,3 and 5 dollars face value.

In 1861, the confederated troops seized this establishment. 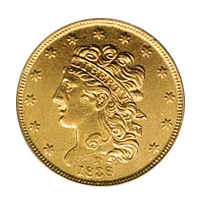 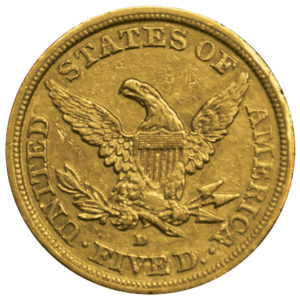 Shortly transformed after the war into an agricultural high school, the old building of DHALONEGA US Mint facility burned entirely in 1878, due to an accidental fire.

About 1,500,000 gold coins have been struck in DHALOMEGA branch, for a global face value of 6 million dollars.

About 1500 coins of 1861-D one dollar face value were struck under the responsibility of the confederated state of Georgia. 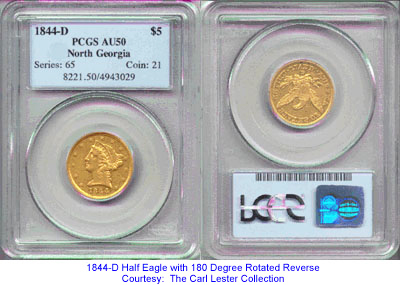 The major consequence of the Georgia gold rush will be the deportation of the Cherokee Indian people towards OKLAHOMA, starting in 1830.