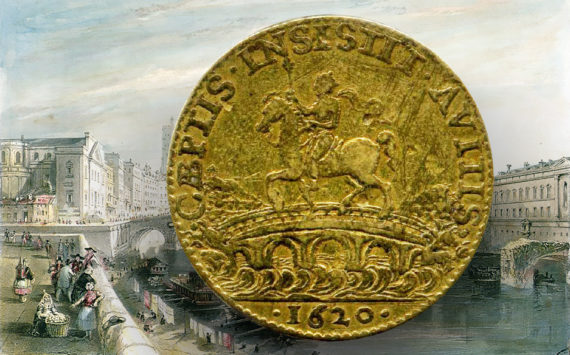 Despite 19th century demolitions which damaged its vaults, the  Toulouse “Pont-Neuf “ bridge makes today the connection between Pont-Neuf plaza  and Republic street. Its construction would have begun in the middle of the 16th century but the true origins of its construction bring us back to the 17th century, under Louis XIII reign.

Four tokens relate the stages of the bridge building and depict the monarch like a builder king. On the reverse, they represent Louis XIII on a horse, capped with an imperial crown, carrying an armour and a sceptre in the middle of the bridge. The inscription “Caeptis insistit avitis”  translated by “ He follows the steps of its ancestors” surrounds the image. 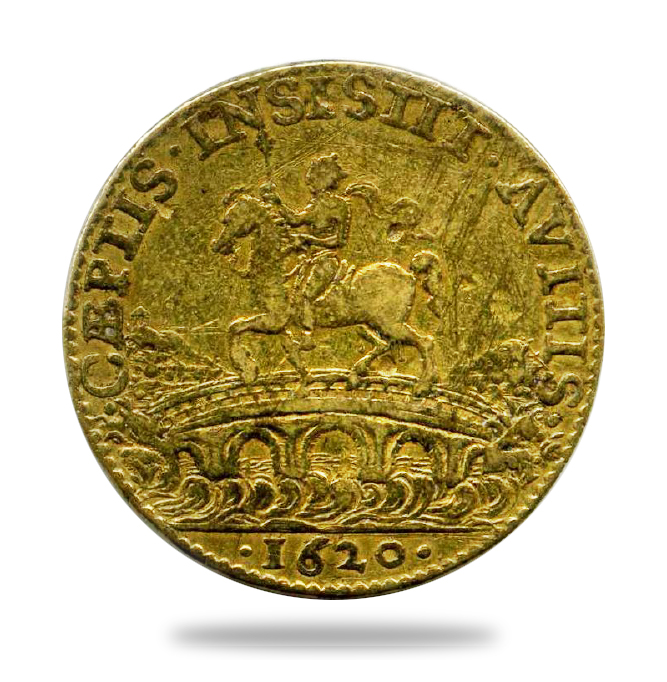 The dies used for the striking of these metal tokens are appreciably similar. However, each one of them lets appear a different year mark which corresponds to the different stages of  Toulouse “Pont-Neuf” building process.  Dated from 1617,1620,1631 and 1632, these tokens glorify the king at the same time as they commemorate the architectural building progression of this bridge. Several architects intervened on vaults building. Jacques Lemercier set up the foundations around 1614 and then François Mansart continued  the work at the beginning of  year 1620. Lastly, construction was completed only in 1632, date on which the last token  was engraved. 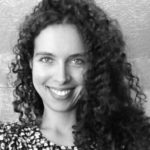