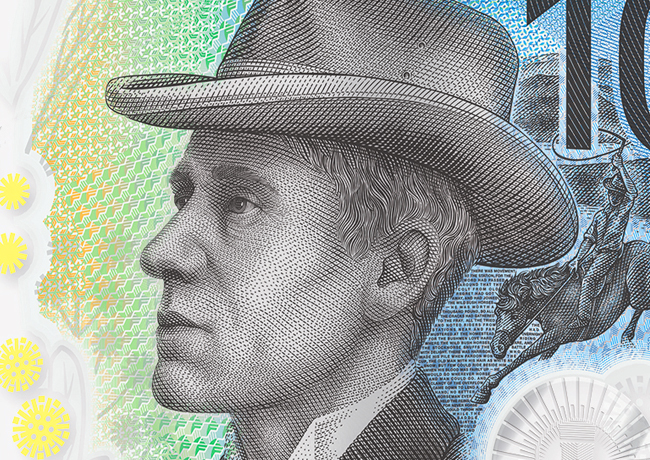 Reserve Bank of Australia (Australian central bank) put in circulation september the 9th 2017 the second banknote of 2016 serie dedicated to autralian writers and poets. This new banknote is dedicated to a woman, Mary GILMORE and to a man, AB “Banjo” PATERSON. This last owes the nickname of “Banjo” witch was the name of his favourite horse.

The prevalent color of the ticket is blue. It has a central strip which is transparent. It is also one of the security signs of the banknote, made to prevent counterfeits. It also has a patch with a rolling color effect varying according to its exposure to the light. Certain parts of the banknote were also printed with a fluorescent ink. This ticket is the first to carry the signature of the governor of the Australian NCB (national central bank), Phillip LOWE. 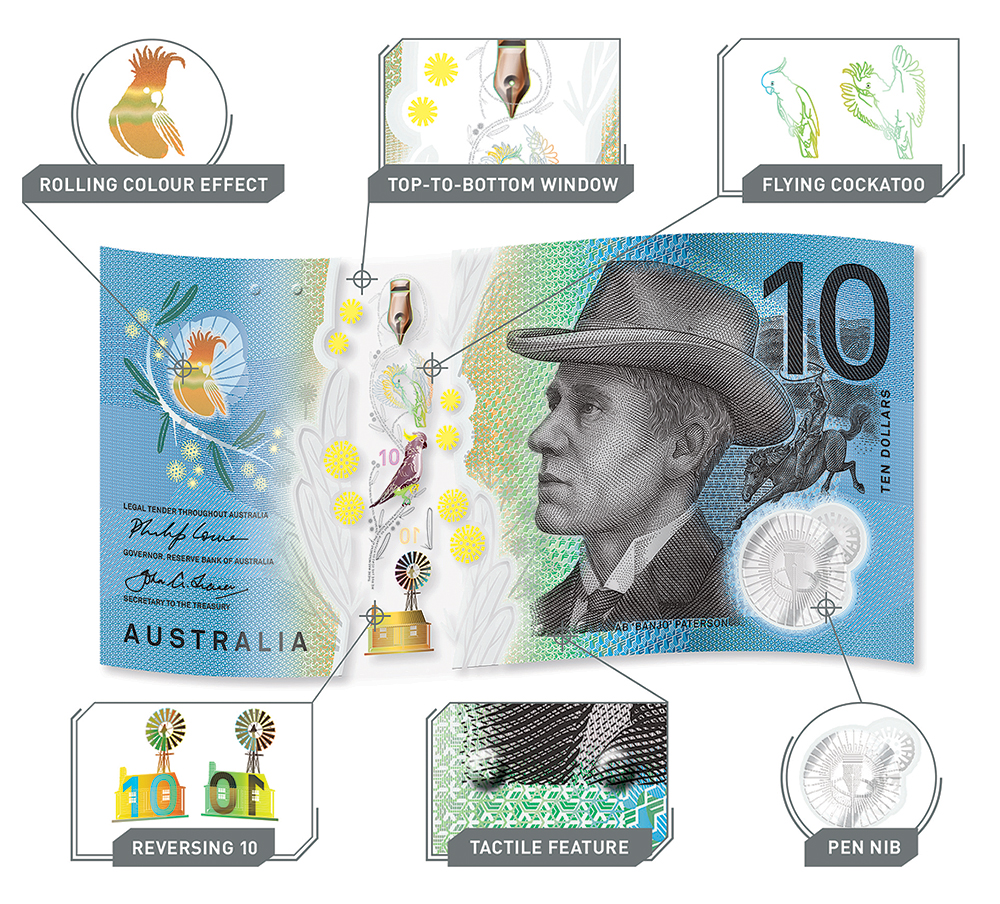 Portrait of AB “Banjo” PATERSON (1864-1941), poet and Australian writer of which part of work is devoted to the Australian bush of which he was native.

He was also a highly skilled rider, reason of the presence of a rider in background. Parrots perched on acacias and cockatoo, which flies away if the banknote is directed in the light of the good manner, are also represented on this side. 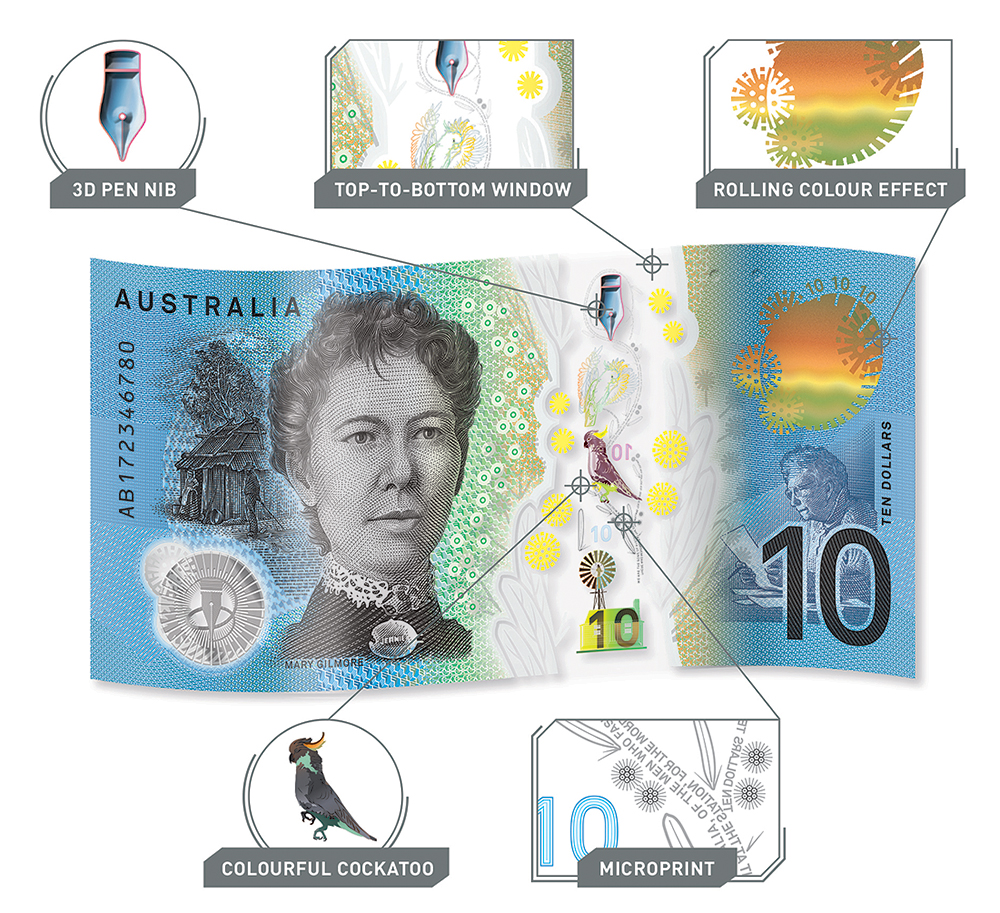 Portrait of Mary GILMORE (1865-1962), writer, journalist and militant Australian. The cause of the aboriginals was due to her particularly in heart. In background are reproduced a counterpart of a photograph of the writer at the end of her life and an aboriginal traditional house. A parrot on an acacia is also reproduced on this side. 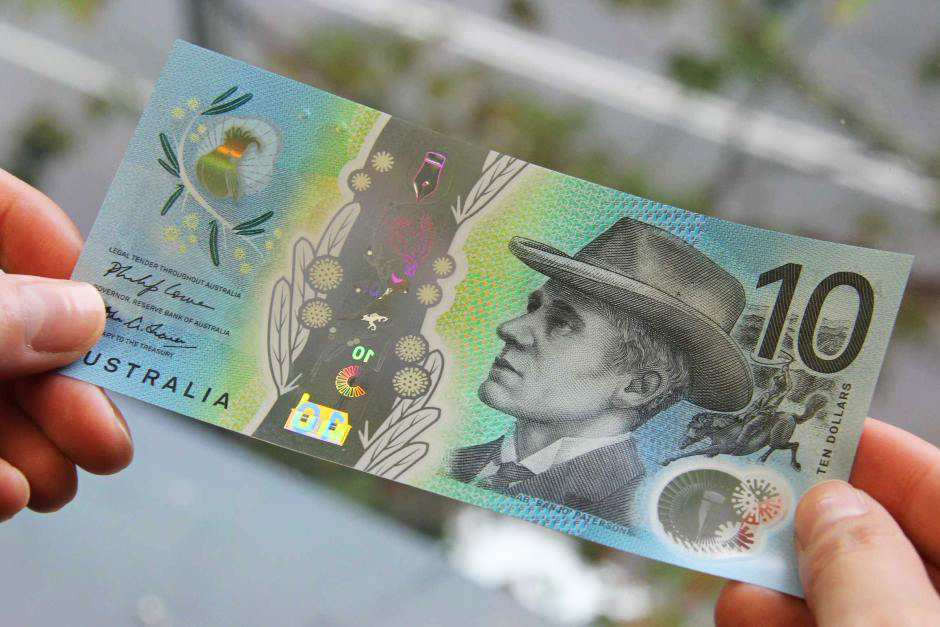 The next polymere banknote will be a 50 australian dollars banknote planned for the end of 2018.

Australia issued in 1988 a ticket commemorative dedicated to the bicentenary of the country. This ticket was the first polymeric ticket printed for circulation in the world.