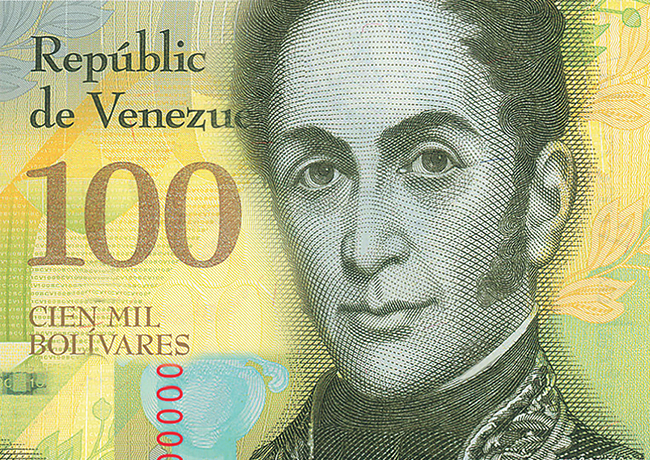 The central bank of VENEZUELA announced during a press conference the issuing of a 100,000 Bolivars circulating banknote. It is the strongest face value put into circulation for a banknote in VENEZUELA. The reason of this new banknote issue is related to the economic situation of the country which, according to the analysts of the IMF, is about to be lacking for its creditors. In April, the annual inflation rate (calculated over 2016) was the highest in the world, with a rate of 963%… This situation comes from the fact that the country depends on oil revenue and that this one is in strong fall since 2013, date of the fall of the oil barrel price on international market. Since years, the country is not any more able to invest in its economic infrastructures and its economic development. The issue of this new banknote with very strong face value does not constitute a surprise. It is a mega-inflation period currency, as seen in Germany in the 1920’s or more recently in ZIMBABWE (ex-Rhodesia of the South), in the 2000’s.

100 000 bolivars banknote
The NBC of Venezuela did not communicate on 100,000 Bolivars banknote design. But NUMISMAG succeeded in getting images of good quality for you. The Central Bank of Venezuela does not give an indication concerning the printer in charge of the banknote printing. This currency has a counterpart value of USD 30. On black market, it will be exchanged around USD 2.5 to USD 3. 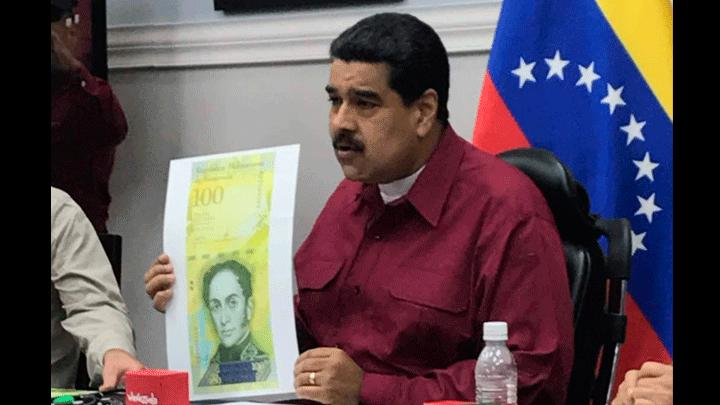 The design of the banknote is very similar to the 100 Bolivars banknote but with different colors. Among the signs of security of the new banknote (magnetic ink, fluorescent inks, inks changing color according to its exposure to light, security wire, intaglio, micro texts, etc…) tactile signs allow an identification of the banknote and of its face value by blind people.

On the specimen presented to the public, the value expressed in numbers on the banknote is 100 Bolivars, whereas the facial value expressed in letters is “Cien Mil Bolivares” (a hundred and thousand Bolivars). This discordance between the value expressed in numbers and in letters is the sole case to our knowledge in the recent currency history. Moreover, the new banknot would also have dimensions of the 100 Bolivars banknotes. This may create many confusions during transactions paid with this currency. It is in any case excluded that this error is involuntary or due to the currency printer. Taking into account the cost of design and manufacturing of a new banknote (in general several hundreds of thousands of euros, even more) and economic situation of VENEZUELA, the government of this country probably wished to limit those by recycling an already existing banknote design. It is, to our point of vue, a strategic error of the VENEZUELA currency authority. Some medias  in Venezuela already raised this issue. The government is thinking of a face value 200,000 Bolivars banknote…