Arts and religious centre of medieval Europe, the abbey of Cluny recently revealed a hoard. Archaeologists there have just discovered, dissimulated under the old infirmary, a hoard made of 12th century gold coins, as well as invaluable objects. At mid-September, the team of Anne Flammin CNRS researcher and Anne Baud, teacher and researcher in Lyon-II carried out excavations on the old infirmary of the abbey. Suddenly, coins start to fall at the bottom from the excavation zone. More than 2200 coins, mostly struck  by the CLUNY Abbey, and 21 Moslem gold dinars were found in a tanned skin bag.

These coins were struck in first half of the 12th century and the gold dinars were struck between 1121 and 1131 AD in Spain and in Morocco, in territories controlled by the berber dynasty of Almoravides. This bag also contained a “word of greetings in a religious context”, as well as a gold sheet folded of 24 grams. 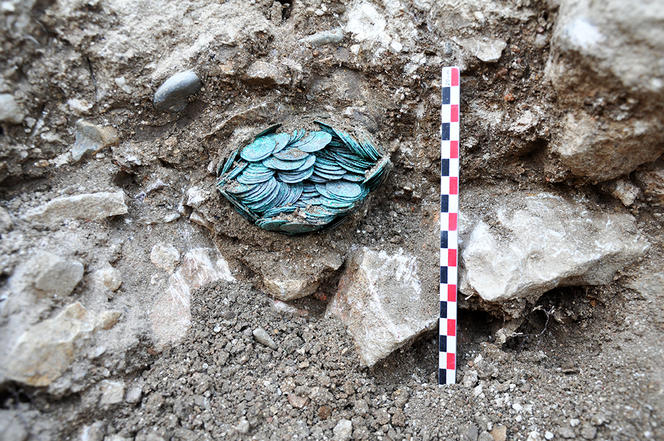 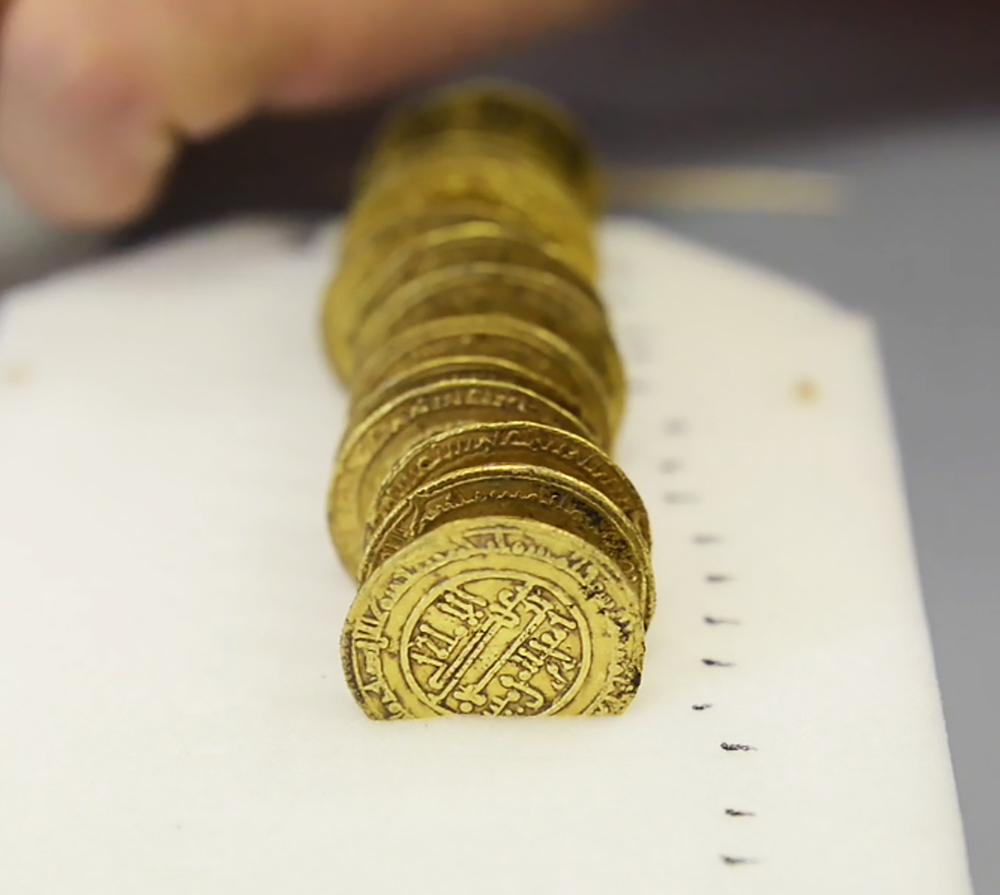 There was also a sigillary gold ring with like registration “Avete”. This object is the most valuable of this hoard and would date from the early 12th century. It is crimped of an intaglio of the time of the Roman Empire, representing a god or an emperor. This ring was used to seal with wax letters or trunks. 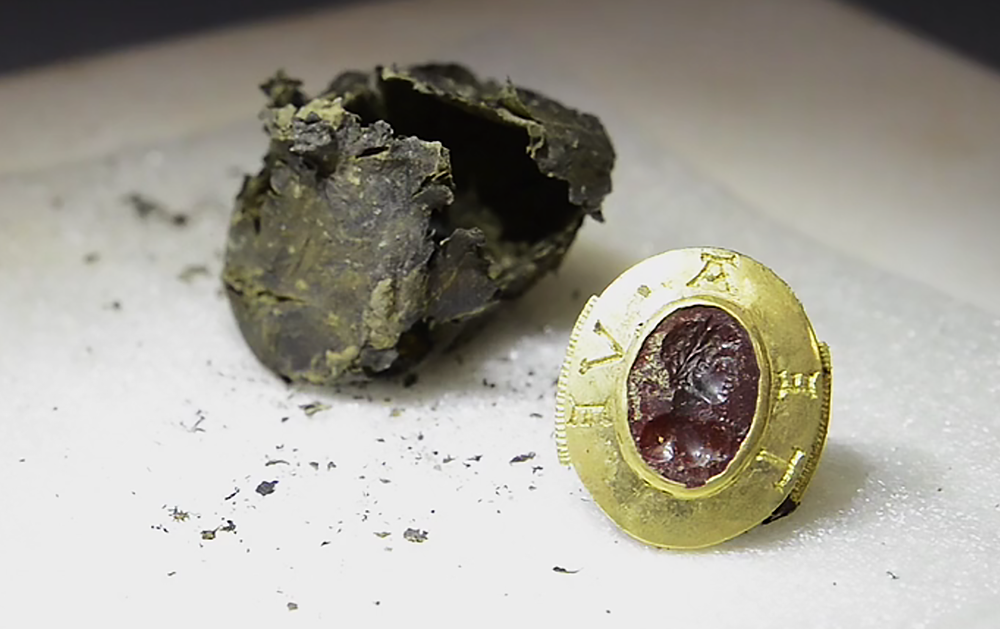 The french numismat Vincent Borrel, explains the presence of gold dinars because of existence in Spain of clunysiens priories which testify to the exchanges between the order of Cluny and the Andalusians. It could be a question of a direct gift of Spanish catholic kings of Spain. It is one of the possibilities when you consider that Cluny Abbey was one of the most influential monasteries of the Middle Ages, in the center of an exchange network. The specialist estimates that “the treasure odes correspond to a value representing three to eight horses. The sum is high enough for an individual, but far from being enormous at the level of the abbey, since it would represent only one week of supply of wine and grains ”. 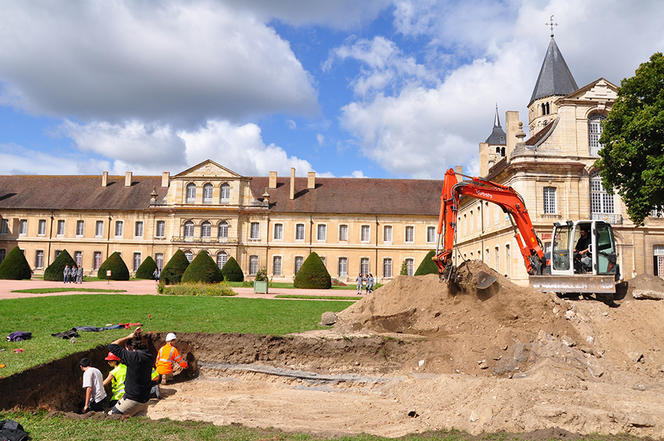 The order of Cluny established priories in every western medieval country. Thanks to this vast network through Europe, the important possessions of Cluny made go up their incomes to the head office, the Cluny Abbey. The Cluny congregation was authorized to strike its own coins since the 11th century.

But who could hide this hoard, and why at this place? A monk perhaps wanted to hide his savings, advances Anne Flammin prudently. The place of the discovery could also be related to the “cellérier”, the monk who managed the food expenditure of the monastery.

The treasure was just discovered below the level of the medieval layer. This old medieval building was demolished and its remains were cleared during 18th century in order to allow the construction of the new Abbey. What is extraordinary is that the blue-collar workers of that time had stopped digging at only ten centimetres of the hiding place!