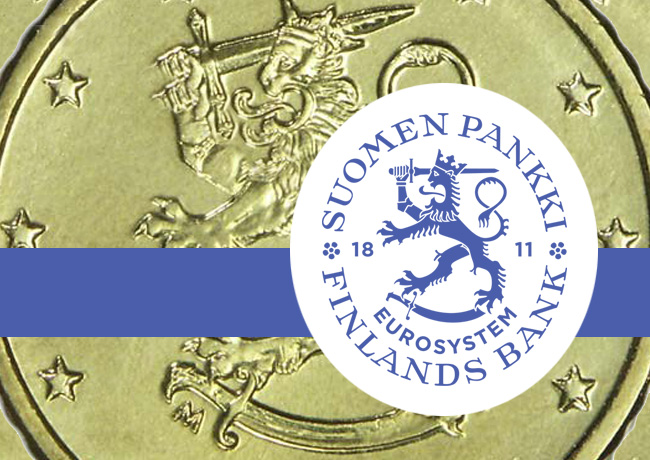 2002 to 2017 circulation coins mintages of Finland

Numismag presents a document that summ up finish circulation coins mintages, from 2002 to 2017. Informations were directly collected from finish National Central Bank. The structure of the striking of theFinnish circulating coins series is marked by low volumes of 1 and 2 eurocents coins strikes. The few struck coins are for the various collector’s coinsets. The 5 eurocents coin, first coin of circulation are regularly struck with strong mintages, according to the needs for cash payments sector. The usual €2 coin is regularly struck  to several millions. The 2002 €2 coin is the lowest yearly mintage since euro change over. 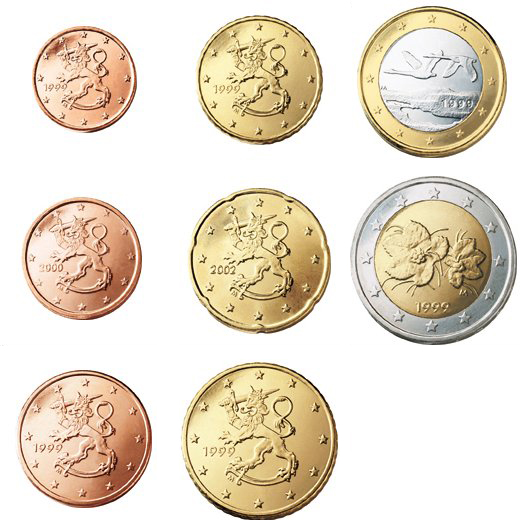 2002 to 2017 circulation coins mintages of Finland 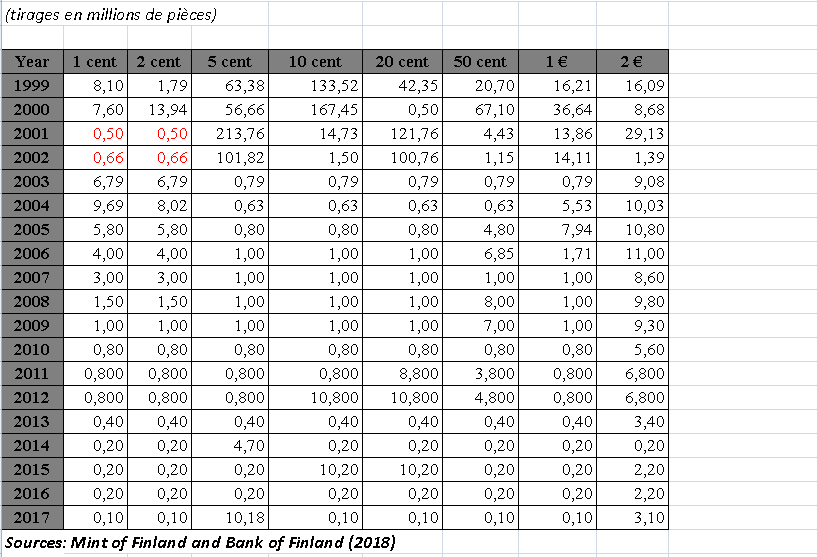 Sources: Bank of Finland and Numismag©.