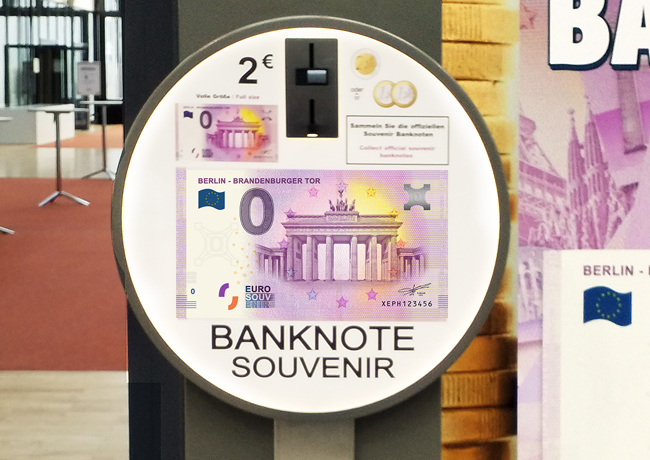 EBM (Euro Banknote Memory) Company, promoter of the zero euro banknote concept, sets up, on 2018 edition of World Money Fair in Berlin, a “zero euro” ATM. This one distributes a zero euro banknote dedicated to the Berlin Brandenburg Gate. The mintage is of 10,000 notes. 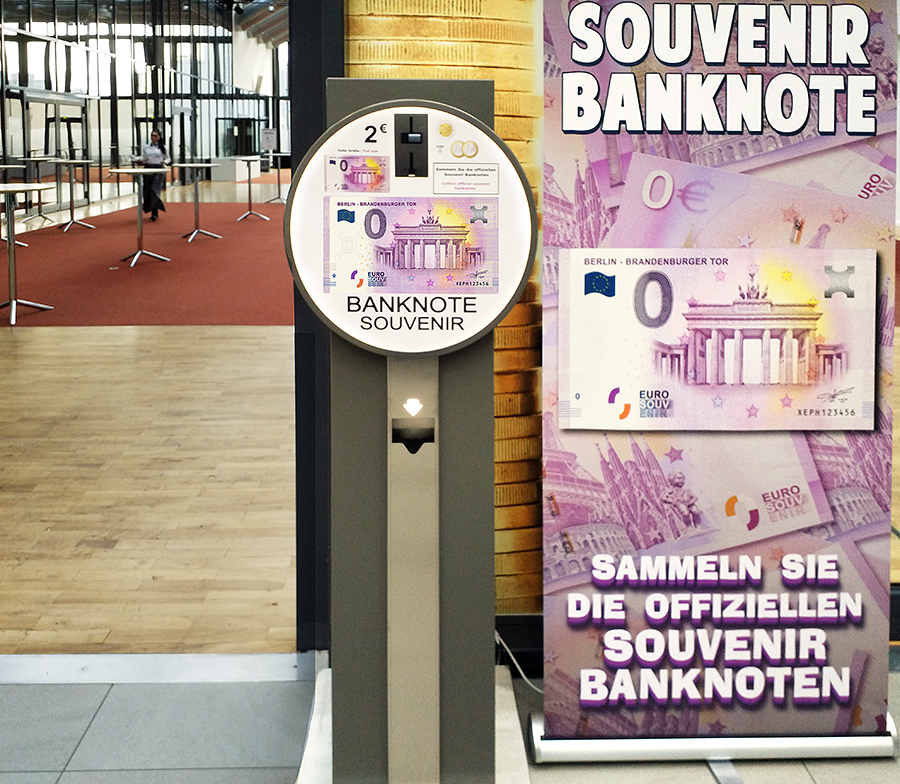 At this occasion, Richard FAILLE and his licencee for Austria and Germany, Gonzagues CUNNINGHAM, agreed to pose in front of their numismatic machine. Richard FAILLE specified that eleven licencees work now on the zero euro banknote concept, throughout the world. 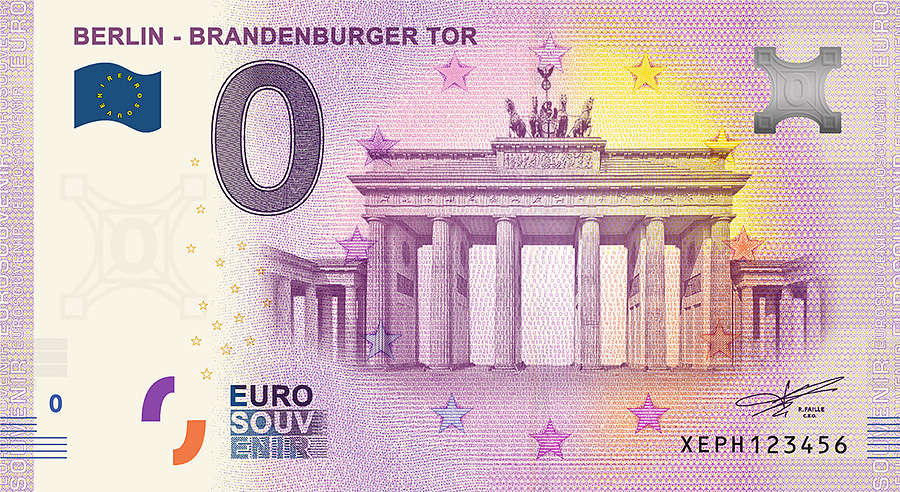 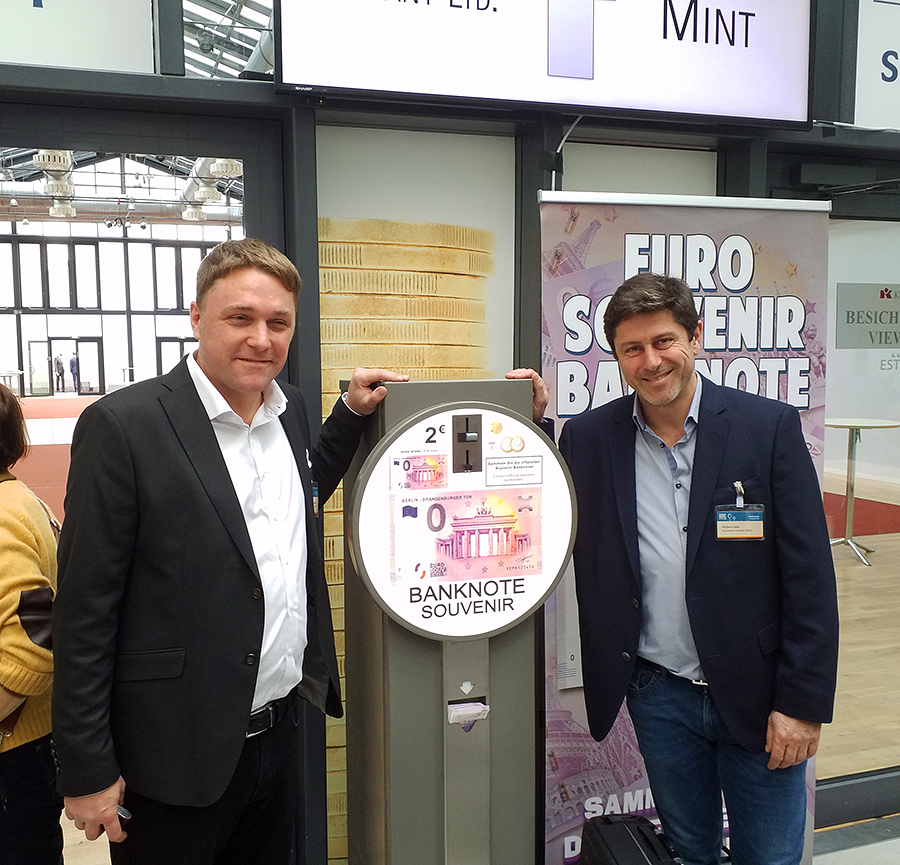 In addition, 2018 will be the year of a “collection in the collection”. Indeed, a numismatic dealer (MIETENS) will issue a 32 series of banknotes corresponding to the 32 teams engaged in the final stage of the football world cup 2018, in Russia. Each obverse will be composed of a player image, a monument of the country team and, in background, of a stadium. 5 banknotes of the series “2018 football world cup” were available to the BERLIN  WMF.