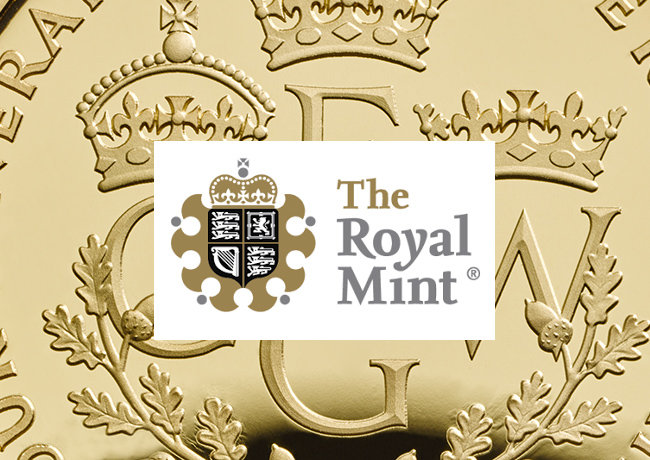 To mark a significant royal year, The Royal Mint has struck a coin to celebrate an exciting time in Britain’s royal family history. Her Majesty The Queen, her son His Royal Highness The Prince of Wales, her grandson His Royal Highness The Duke of Cambridge and her great-grandson Prince George have been honoured together on an official United Kingdom coin for the first time.

For the first time in more than 100 years four successive generations of the Royal Family come together and appear on an official United Kingdom coin. The design, created by calligrapher and heraldic artist Timothy Noad, features oak branches inspired by the Royal Badge of the House of Windsor and the initials of each generation. Timothy said, “I started with several ideas, including a set of each of the royals in profile, but decided to go for the approach of overlapping initials to convey a sense of family.” 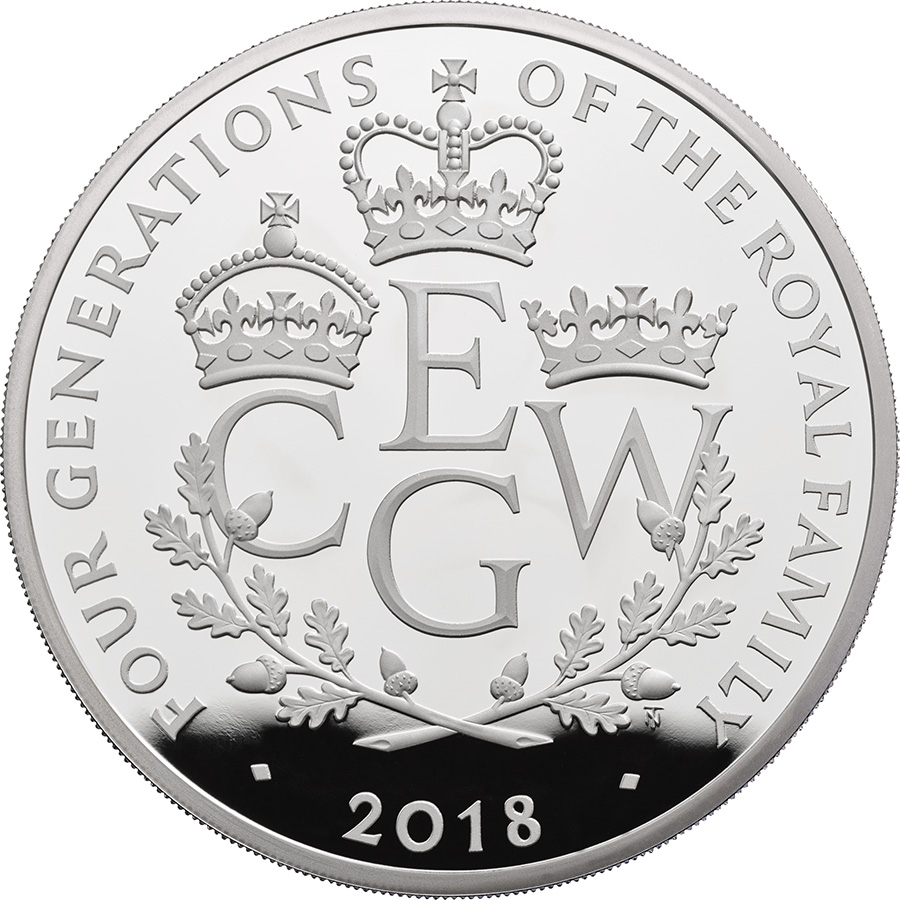 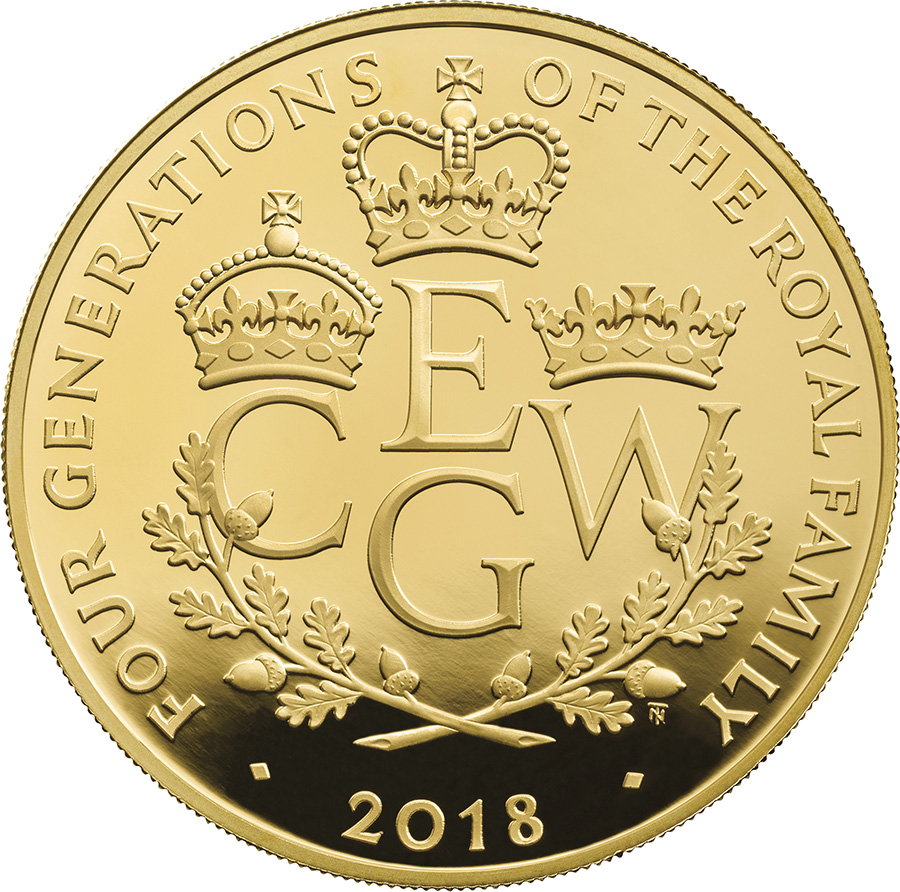 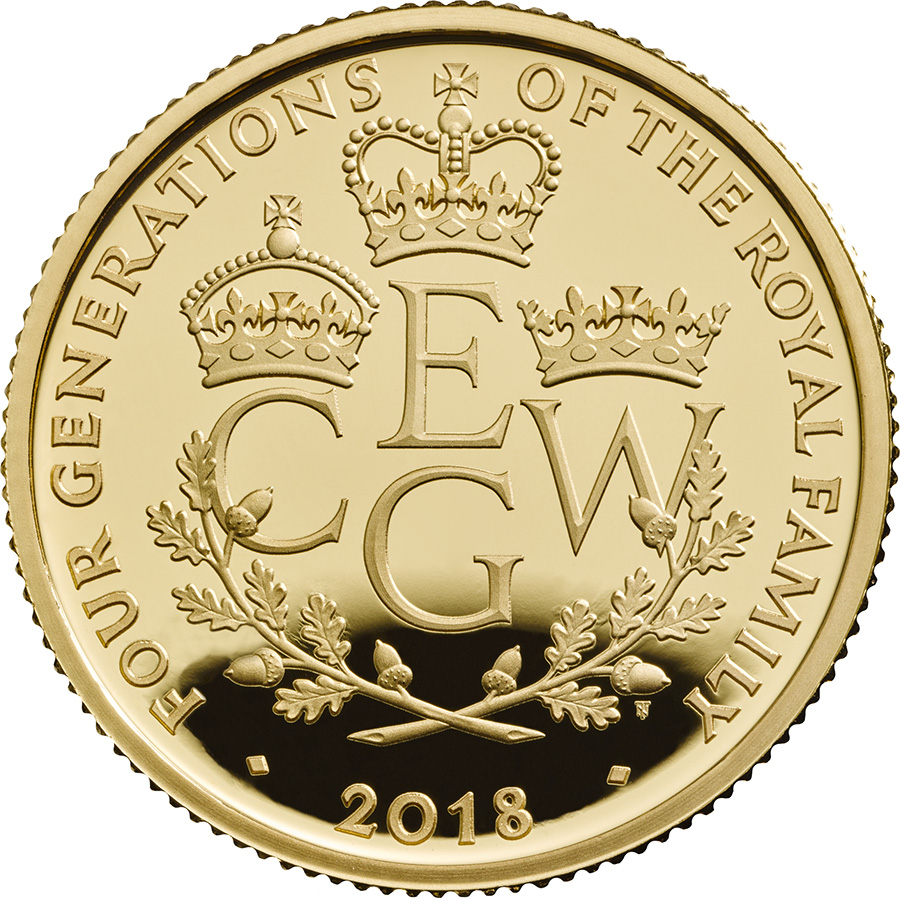 About The Royal Mint

The Royal Mint has an unbroken history of minting British coinage dating back over 1,000 years. By the late thirteenth century the organisation was based in the Tower of London, and remained there for over 500 years. By 1812 The Royal Mint had moved out of the Tower to premises on London’s Tower Hill. In 1967 the building of a new Royal Mint began on its current site in South Wales, UK.

There were estimated to be 28.9 billion UK coins in circulation at 31 March 2014 ,with a total face value of over £4 billion, all manufactured by The Royal Mint. In total, nearly 2 billion UK coins were issued during 2013-14. As well as over 1,000 years of producing British coinage, The Royal Mint has long been trusted with the currencies of other countries. It has served more than 100 issuing authorities around the world and currently meets approximately 15% of global demand, making us the world’s leading export mint.