After the communist troops victory over the kuomintang troops on chinese continent in September 1949, the nationalist troops of TCHANG KAI CHEK took refuge on the island of Formosa and small islands surrounding (in particular islands of Dachen, Kirmen and Matsu). The island took the name of Taiwan.

A monetary reform was very quickly voted and the new taiwanese dollar is introduced with a parity of 1 new dollar for 40,000 old Taïwan dollars. In May 1952, some banknotes are issued with the name of the island of Kirmen. In January 1953, other banknotes wore the name of Dachen.

And finally, in November 1959, the island of Matsu used a dedicated banknotes as well, with the name of the island on the banknotes.

The central bank of Taiwan (at the time Bank of Taiwan) issued these particular banknotes for these peripheral islands so that they could not be used by the continental communist Chinese to finance the war expenses against the government of Taiwan, in case of the islands invasion.

The United States had used a similar practice by feeding the cash system of HAWAII island, from 1941, with “HAWAII” overprinted dollars banknotes. The american cash authorities could have demonetized them very quickly, in the case of japanese invasion.

In 1979, the Taiwanese law is amended and allows the bank of Taiwan, or any other state owned bank, to issue banknotes. In 1999, the Bank of Taiwan becomes officially the central bank of Taiwan. In 2000, the dollar of Taiwan is recognized as the official currency of the island.

The circulating series of tickets current breaks up as follows:

A 100 dollars banknote, on the obverse a portrait of Doctor Sun Yat Sen, founder of the Chinese Republic (continental republic), in background a low relief of the french sculptor Paul LANDOWSKY representing president SUN YAT SEN. This low relief is exposed at LANDOWSKY museum in Boulogne-Billancourt city in France; on the reverse the building CHUNG SHAN who is part of the memorial dedicated to SUN YAT SEN. Built between 1965 and 1966, it initially sheltered the Taiwanese National Assembly, until 2005. It is used today for State visits, national or international conferences center. 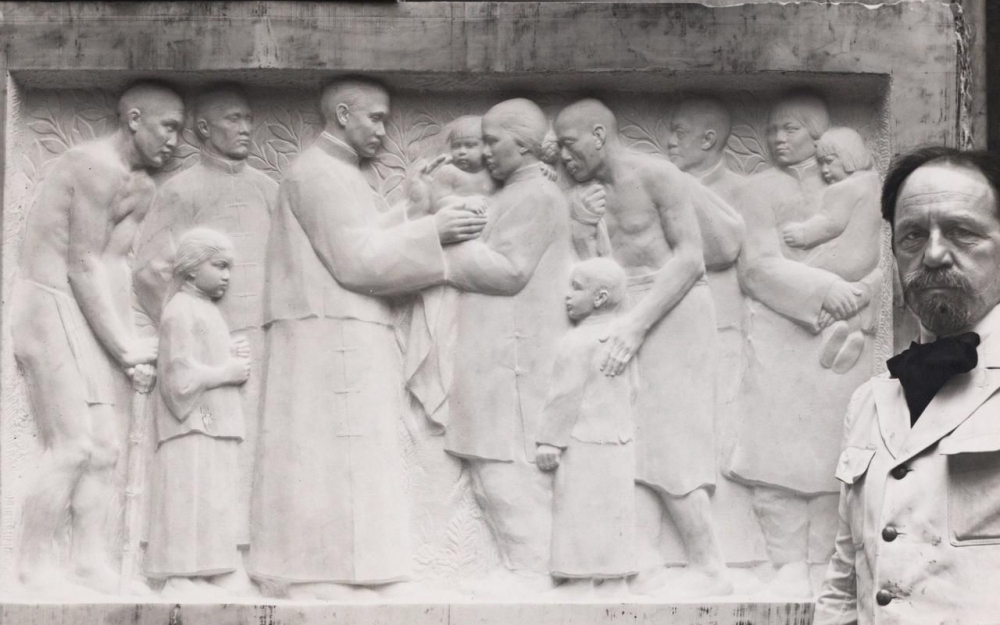 A 200 dollars banknote, on the obverse a ¾ portrait of President TCHANG KAI CHEK.  The Taiwanese president is represented at the end of his life on an armchair and on the reverse the presidential palace of TAIPEI appears. Built starting from 1912 by Japanese who occupied the island, it is a building characterized by its late Renaissance style. Bombarded and partly burnt during the Second World War, it was rebuilt after the war and is named by the Chinese government CHIEN SOU HALL, to honour TCHANG KAI CHEK (KAI in chinese is translated by CHIEN).

In an article of march 15th 2018, the daily newspaper Taiwan NEWS explain that a law of justice and transition is ready to be voted by local Parliament. The Taiwanese legislator wishes to eliminate the last traces from the martial law era, therefore of the period when TCHANG KAI CHEK controlled the island government.

For instance, the new law may consider the disappearance of TCHANG KAI CHEK statues placed in each island school. In the same way, the legislator would wish to make disapear the portrait of TCHANG KAI CHEK of 200 dollars banknotes and of 1.5 and 10 dollars coins. The new bank of Taiwan governor (Taïwan central bank), YONG CHIN LONG, indicated that he would follow strictly new law guidelines, once adopted. The cost of these coins and currency modifications is estimated to approximately 1.7 billion US dollar (1.38 billion euros).

The Chinese central bank anticipated this change and organized a competition to choose the new design of next banknotes series (see below). 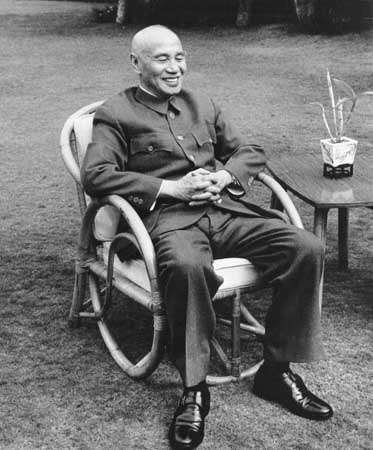 A 500 dollars banknote, on the obverse a Taiwan of baseball team, a very popular sport on the island since the Twenties; on the reverse a herd of stags SIKA and the mounts DABAJIAN that recall that the island of Taiwan is a mountainous island. The summit of the island is the Jade mountain (3 952m high).

A 1 000 dollars banknote, on the obverse a group of children studying a map of the world,; on the reverse the Jade mountain and MIKADO (the Emperor of Japandue to the Japanese presence on the island, from 1895 to 1945) pheasant.

A 2 000 dollars banknotes, on the obverse a satellite and satellite antennas; on the reverse NANHU mountains and the Taiwan salmons.

For some occasions, central bank of Taiwan issues commemorative banknotes. But most of the time these banknotes are primarily bought by banknotes collectors.

Like any other currency, the series circulation banknotes must be regularly replaced in order to fight against the counterfeiters and/or to ensure the modernization of these means of payment (exemple: use of a polymer banknotes).

Competition for the new series of taiwanese banknotes design:

Iin order to prepare the transition between old and new taiwanese banknotes series,  the taiwanese NCB  launched a competition which invites residents to vote for one of the projects, submitted by local artists.

Sources of inspiration are quite varied. Some banknotes have a classical style and represent typical landscapes of the island. Others, more astonishing, show a taiwanese culinary speciality, the bubbles tea (mixture of tea, milk and tapioca balls), or scenes drawn which are not without pointing out the style of the Japanese mangas. 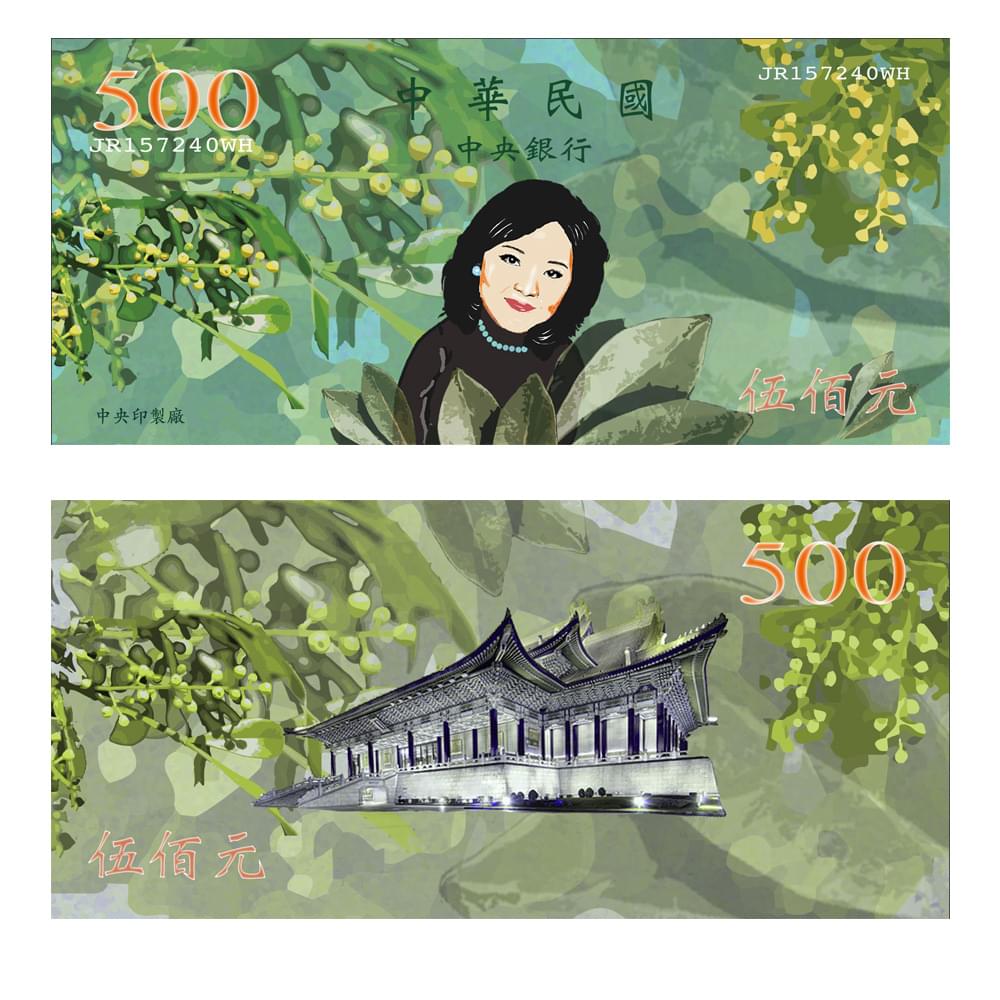 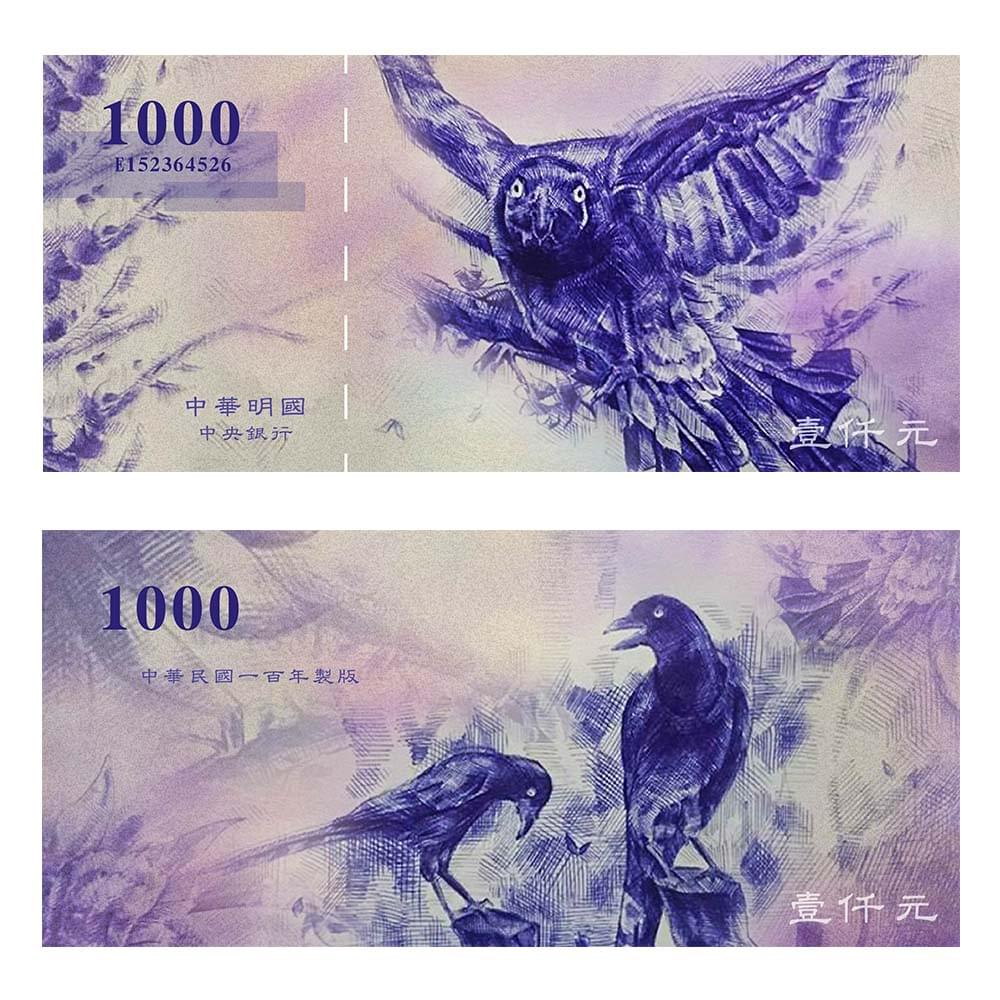 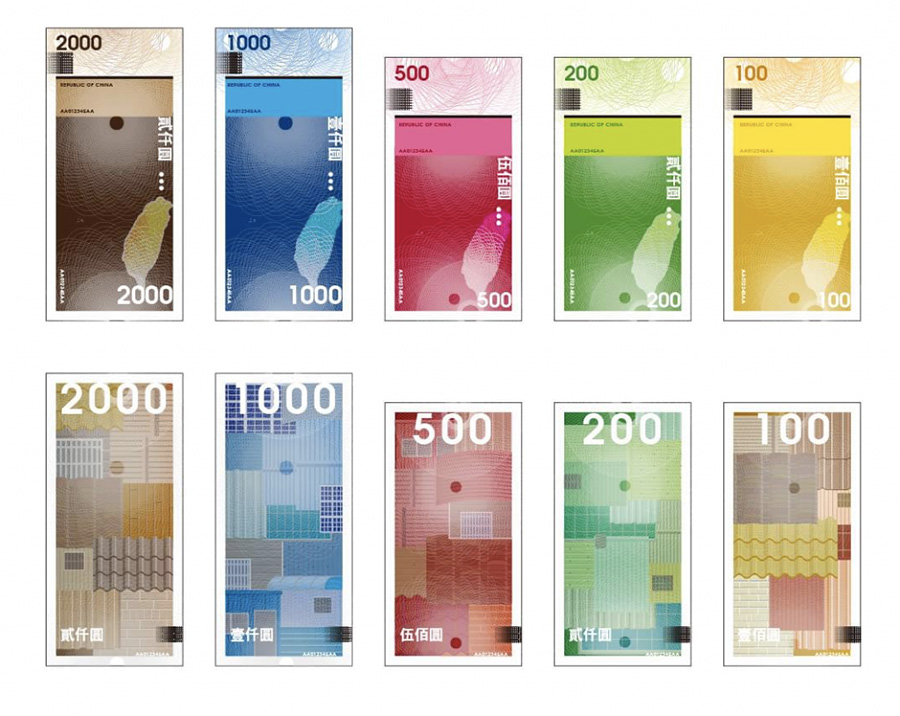 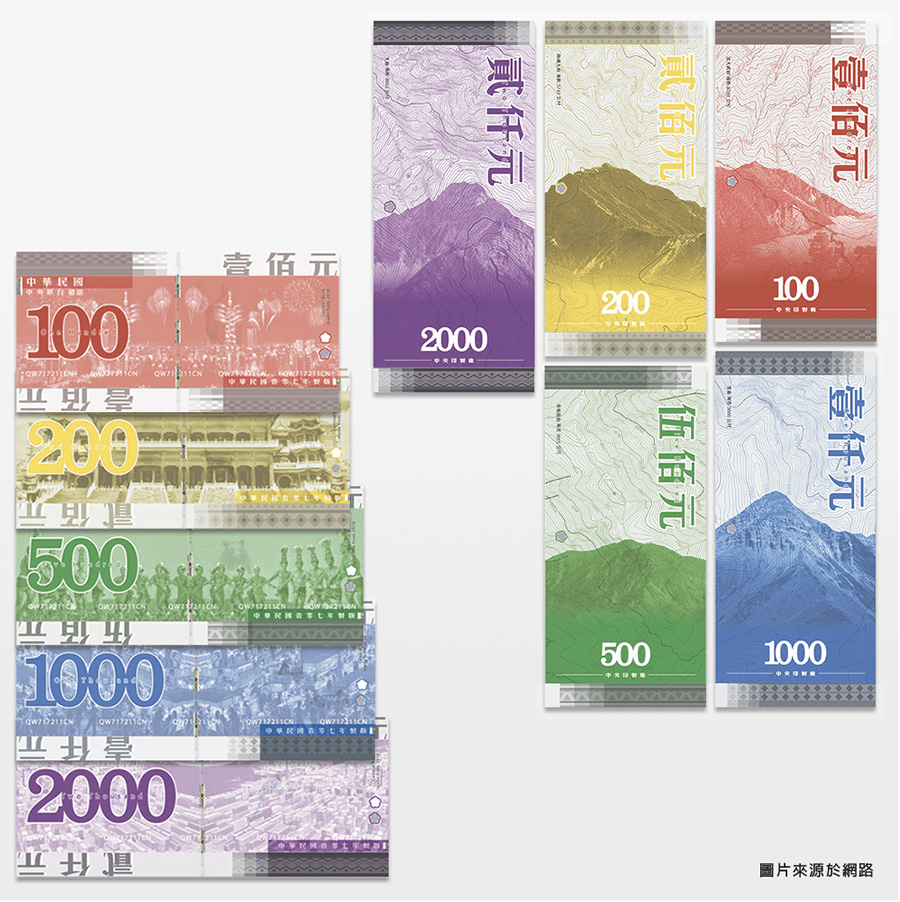 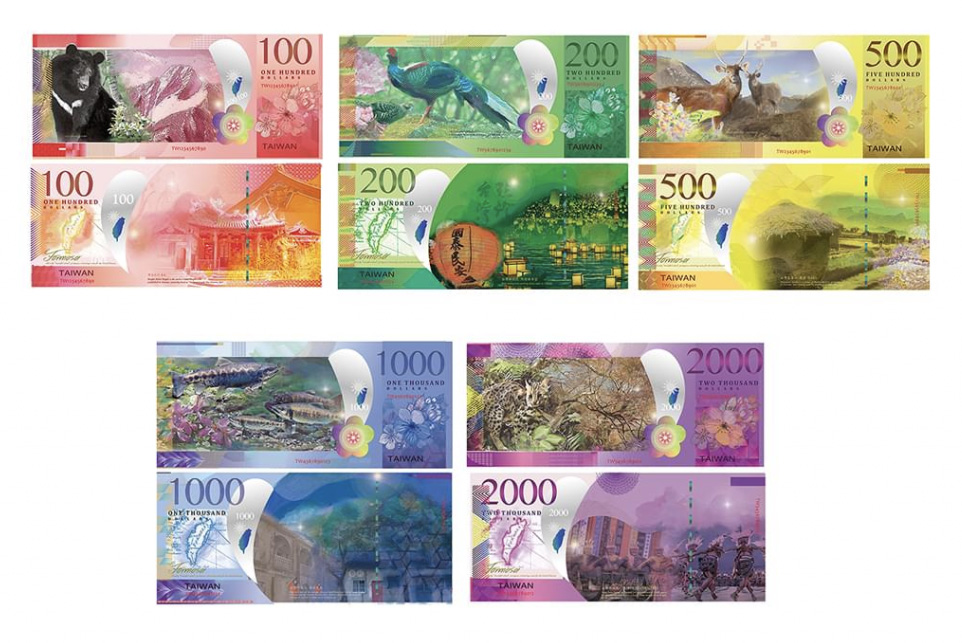 a new banknote series for Taiwanbubble tea on the next taiwanese banknotenew taiwan banknotes design projects
No Comments
Share: