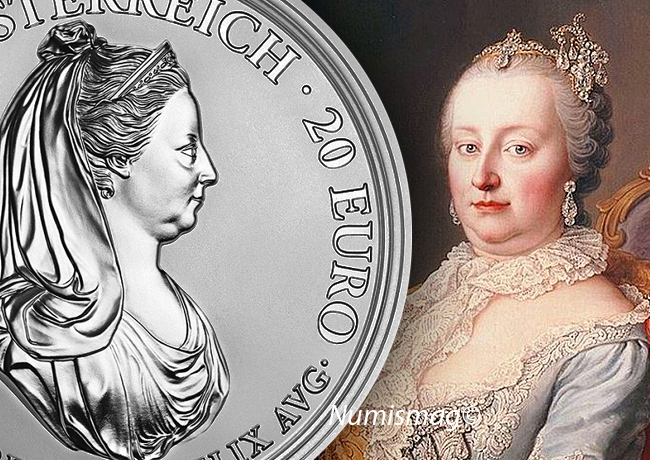 The third coin in Empress Maria Theresa series of Austrian Mint features the only ever female ruler of the Habsburg Empire wearing a widow’s veil. Empress Maria Theresa donned the veil following the sudden death of her beloved husband, Francis I, in 1765. Like the other coins in the series, Clemency and Faith has been inspired by medals issued during the Empress’ reign and minted in extra-bold relief, which gives it a special antique look and feel worthy of its illustrious subject. 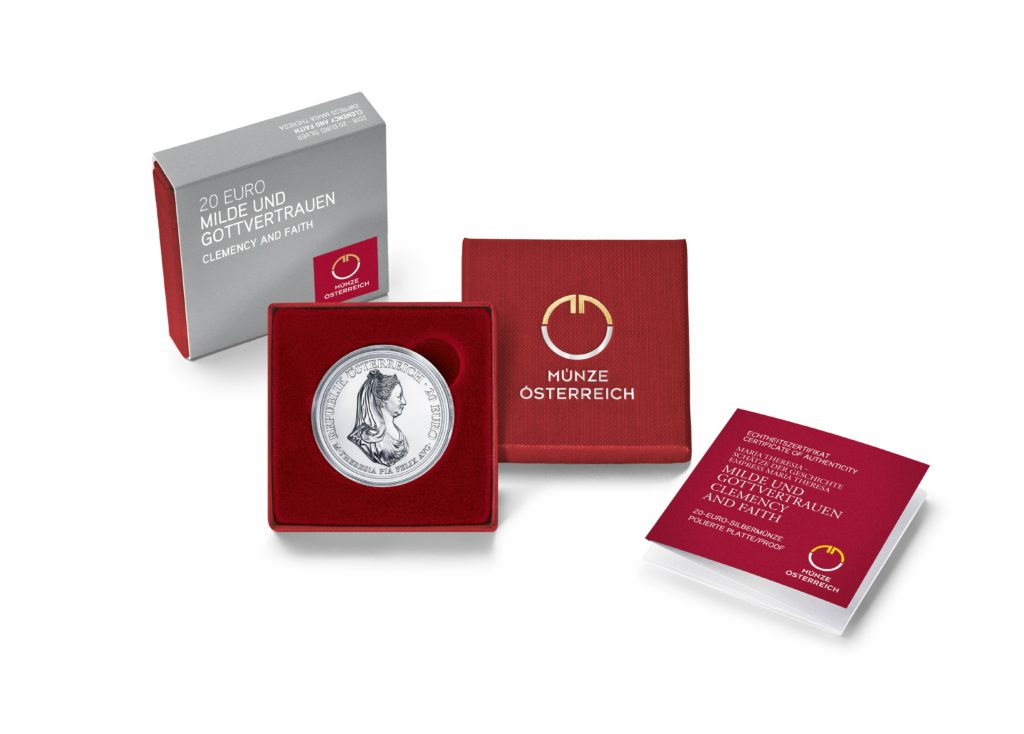 Devastated by the death of Francis, Maria Theresa dressed in mourning for the rest of her life and even had the room in which he died, in the Hofburg in Innsbruck, converted into a chapel. The portrait of Maria Theresa wearing a veil on the coin’s obverse is from a relief by Anton Guillemard (1747-1812), while the coin’s reverse shows an allegorical representation of Clemency in which a female figure offers her hand to a fallen soldier.

Celebrating the 300th anniversary of the birth of Empress Maria Theresa in 1717, the four-coin Empress Maria Theresa series is based on the four cardinal virtues, which drove the Empress. Featuring an amalgam of original motifs taken from medals issued during Maria Theresa’s 40-year reign (1740-1780), the coins combine Courage, Justice, Clemency and Prudence with four different portraits of the Empress: as a young woman; as a wife; as a widow; and with her successor, Joseph II.

Minted to a maximum of 30,000 pieces in Proof quality only, each superb 20 euro silver coin (925 Ag, 2/3 ounce) out of this Maria Theresa Series comes in an attractive case with a numbered certificate of authenticity. 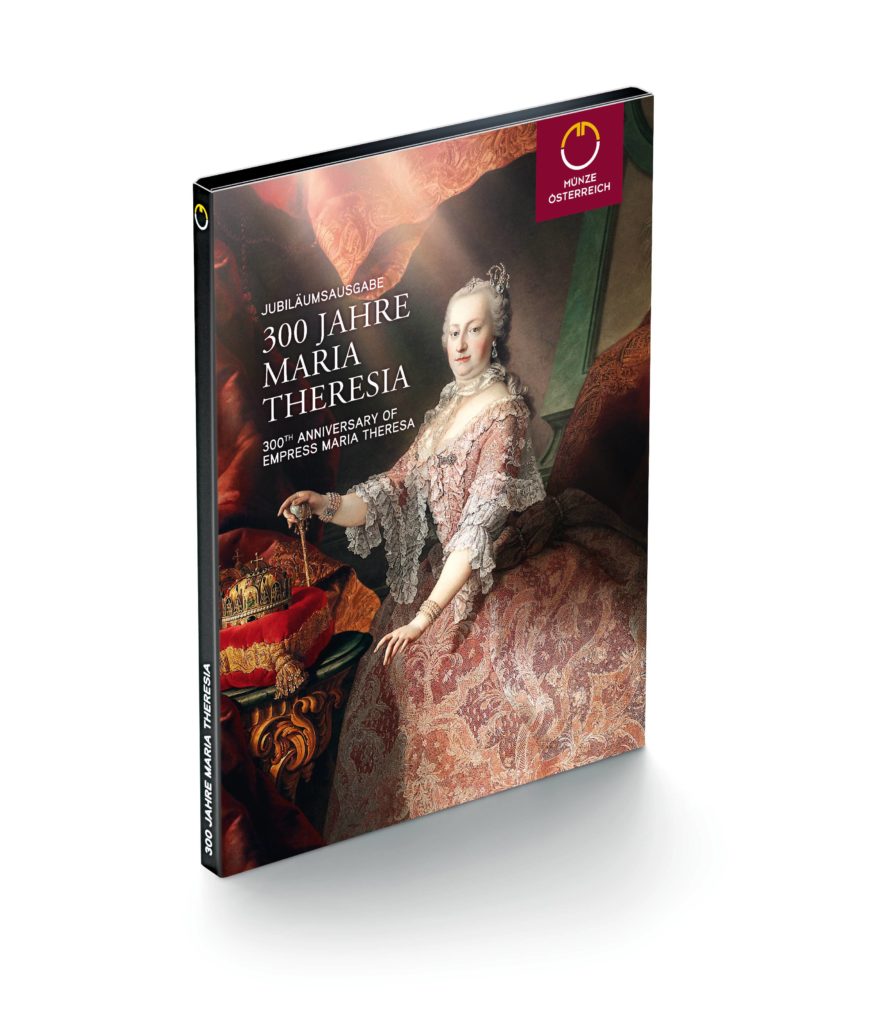