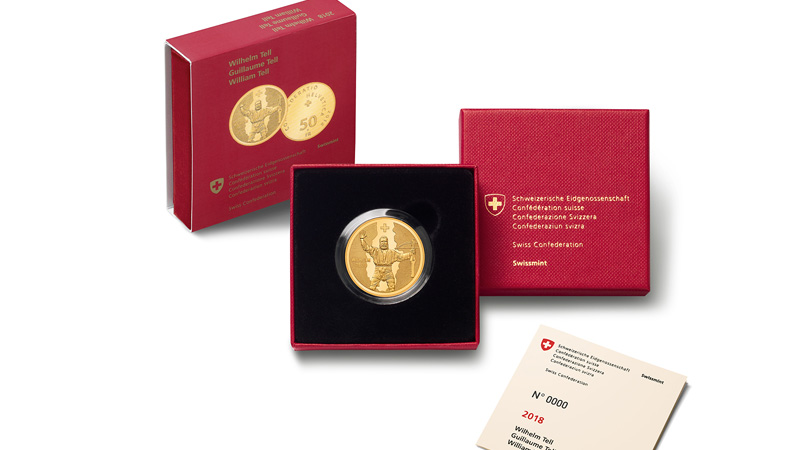 On 26 April 2018, the Federal Mint Swissmint will launch two new commemorative coins for coin enthusiasts and collectors. The William Tell gold coin is dedicated to probably the most famous Swiss. Meanwhile Swissmint is continuing the three-part Swiss steamships series which started in 2017 with the La Suisse steamship silver coin. 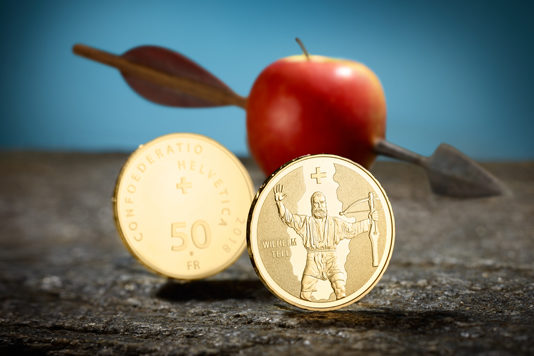 The work of Tell is mentioned for the first time in the White Book of Sarnen which is a chartulary written by the civic recorder Hans Schriber from Obwalden around 1470. In addition, as a figure Tell crops up at the time of the Burgundian Wars in the Song about the origin of the Confederation (“Song of Tell” of 1477).

In 1507, his story was recorded in the Chronicle of the City of Lucerne by Melchior Russ and Petermann Etterlin and printed for the first time. It also found its way into the Swiss Chronicles written by Heinrich Brennwald of Zurich between 1508 and 1516. Around 1570, the chronicler Aegidius Tschudi condensed the various handed down oral and written versions of Tell’s narrative into a saga which he dated 1307. The popular theatre performances in Central Switzerland also helped spread the Tell legend. The dramatisation of the Tell legend by Friedrich Schiller (the premiere was in 1804) made the story well known initially in Europe and later on worldwide.

Schiller drew extensively on the chronicle of Aegidius Tschudi. Schiller’s play is the basis for the great opera Guillaume Tell by Gioachino Rossini. Earlier depictions showed Tell in different costumes depending on the spirit of the time.

Tell as we imagine him today, i.e. in a herdsman’s cowl and with a beard, was influenced by the Tell monument by the sculptor Richard Kissling (1895) in Altdorf and by the famous Tell painting by Ferdinand Hodler dated 1897. The latter also served as a template for the new commemorative coin and thus pays respect to the great Swiss painter, the 100th anniversary of whose death is marked this year. The new gold coin was designed by the illustrator Angelo Boog. 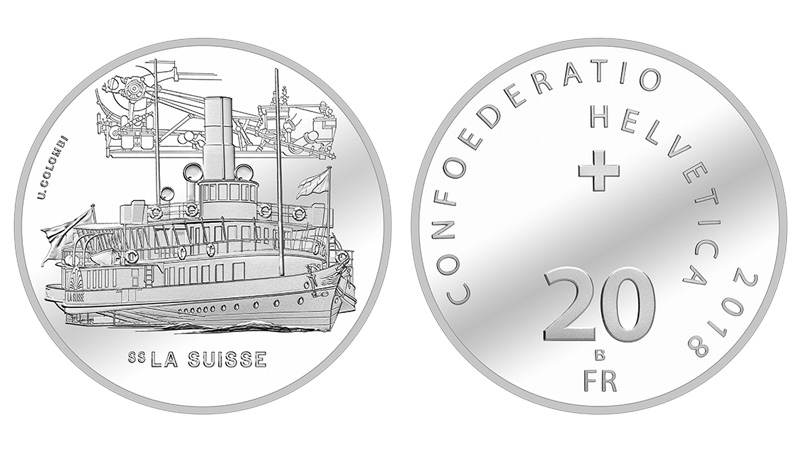 When the ship was commissioned by the Sulzer brothers in 1908, the Belle Époque euphoria in Switzerland had just peaked. The “La Suisse” paddle-wheel steamship was to become the largest and most elegant of all Swiss steamships. It has capacity for 850 passengers, is 78.5 metres long and 15.9 metres wide and is powered by a sloping 1400 hp (1030 kW) two-cylinder hot steam composite engine from Sulzer.

The steamboat, which had already received an award as a cultural monument of national importance, was also declared to be an historical monument by the canton of Vaud in 2011. Over the years, the steamboat has undergone a number of technical and structural changes: in 1960, a switch occurred from heating with coal to heavy fuel oil and changes were made to the curved decks on the main and upper decks. In 1971, a new, cost-saving large boiler was installed, as well as a new wheelhouse and a new side entrance to the saloon; unfortunately, both are not as successful from an aesthetic point of view.

In 1999, heating operation was changed from heavy fuel oil to light oil. In 2003, the electrical infrastructure was partially refurbished. “La Suisse” was extensively renovated between 2007 and 2009. Since then, it has been navigating the “Haut-lac” part of Lake Geneva from Vevey to Thonon. The drawing for the 20-franc silver coin comes from naval painter Ueli Colombi, as was the case for the Uri steamship silver coin last year. 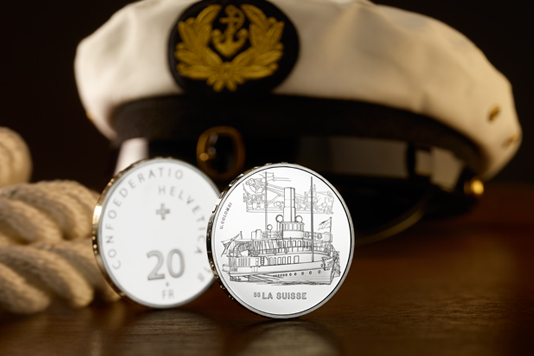