2018 marks the 250th anniversary of the birth of the great Monaco sculptor François-Joseph Bosio (1768-1845). Portraitist of Napoleon 1st then professor at the School of Fine Arts, he was appointed first sculptor to the King Louis XVIII, in 1821.
OO 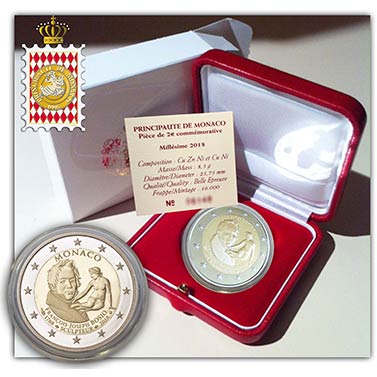 The artist François Joseph BOSIO
In addition to Napoleon’s Grande Armée column in Boulogne-sur-mer, his major works are in Paris:
– twenty bas-reliefs for the Place Vendôme column,
– the equestrian statue of Louis XIV of the Place des Victoires, for which he received the title of baron,
– Henry IV child,
– Aristée and Hercule fighting Acheloüs, all three at the Louvres Museum.
Proof €2 MONACO 2018 dedicated to François Joseph BOSIO
The coin features a portrait of the artist in the foreground and, in the background, an original sculpture representing the Salmacis Nymph, on display at the Musée du LOUVRES in PARIS. An exhibition will be dedicated to the sculptor from 14 June to 14 October 2018 at the MONACO Palace.
OOOOO 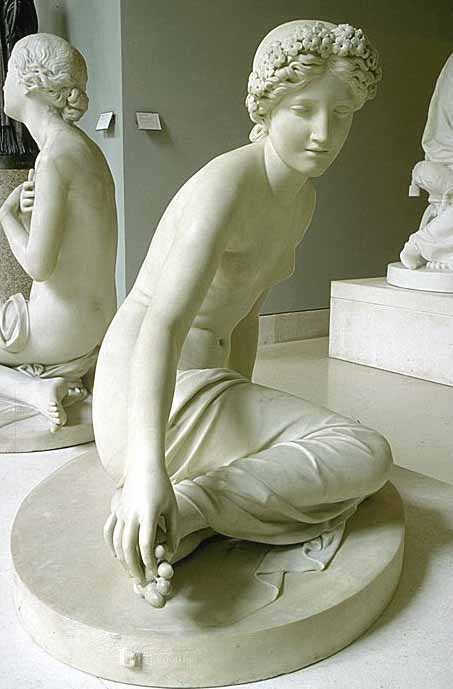 The coins are manufactured by Monnaie de Paris (french state mint), the exclusive supplier of Principality of Monaco since 1865 (since 2002, pursuant to the monetary agreement concluded between Monaco and France). The previous commemorative coin was dedicated to the company of the Prince’s carabinieri (see here article NUMISMAG).

16,000 coins will be struck in Pessac, the Monnaie de Paris plant.

The Stamps and Coins Museum of Monaco has offered this coin for sale the 06/25/2018 at 15PM on its website exclusively.
(click for the address of the Monaco museum online shop)

This new issue was out of sale at the end of the day.

Now the numismatic wholesalers /dealers of MONACO do sale this coin.

BRYTCH and Son and Comptoir Numismatique of Monaco compagnies sale this coin for 239€ (+ shipping cost).

Summary of €2 commemorative coins issued by Principality of MONACO: