The Raymond BRIGG’s SNOWMAN on a 2018 Royal Mint coin

The Royal Mint, together with Penguin Ventures (part of Penguin Random House), has today announced that it will be releasing a series of special coins featuring Raymond Briggs’ iconic creation The “Snowman”, to celebrate 40 years since the publication of the timeless classic.

In a nod to the beautiful hand-drawn illustrations of the original book, the silver proof edition of The Snowman coin is the first UK coin to feature a design realised entirely in colour. Putting a new perspective on a classic scene from the book, The Snowman flies over Brighton Pier, with the bright city lights and twinkling stars captured in exquisite detail. 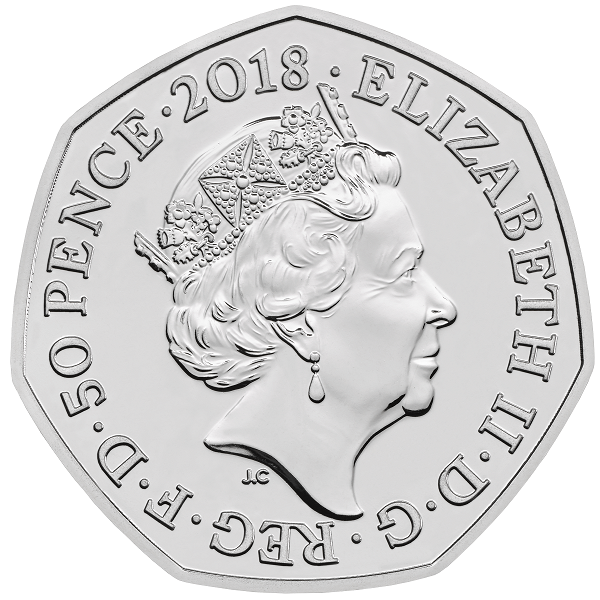 The task of creating a new design for the coin that lived up to the legacy of the source material fell to artist Natasha Ratcliffe, who has worked previously on the London 2012 Olympic and Paralympic Games 50p series. She was helped with this by long-time Raymond Briggs collaborator, Robin Shaw, Assistant Director of The Snowman™ and The Snowdog, the sequel to the original animated adaptation of the book. 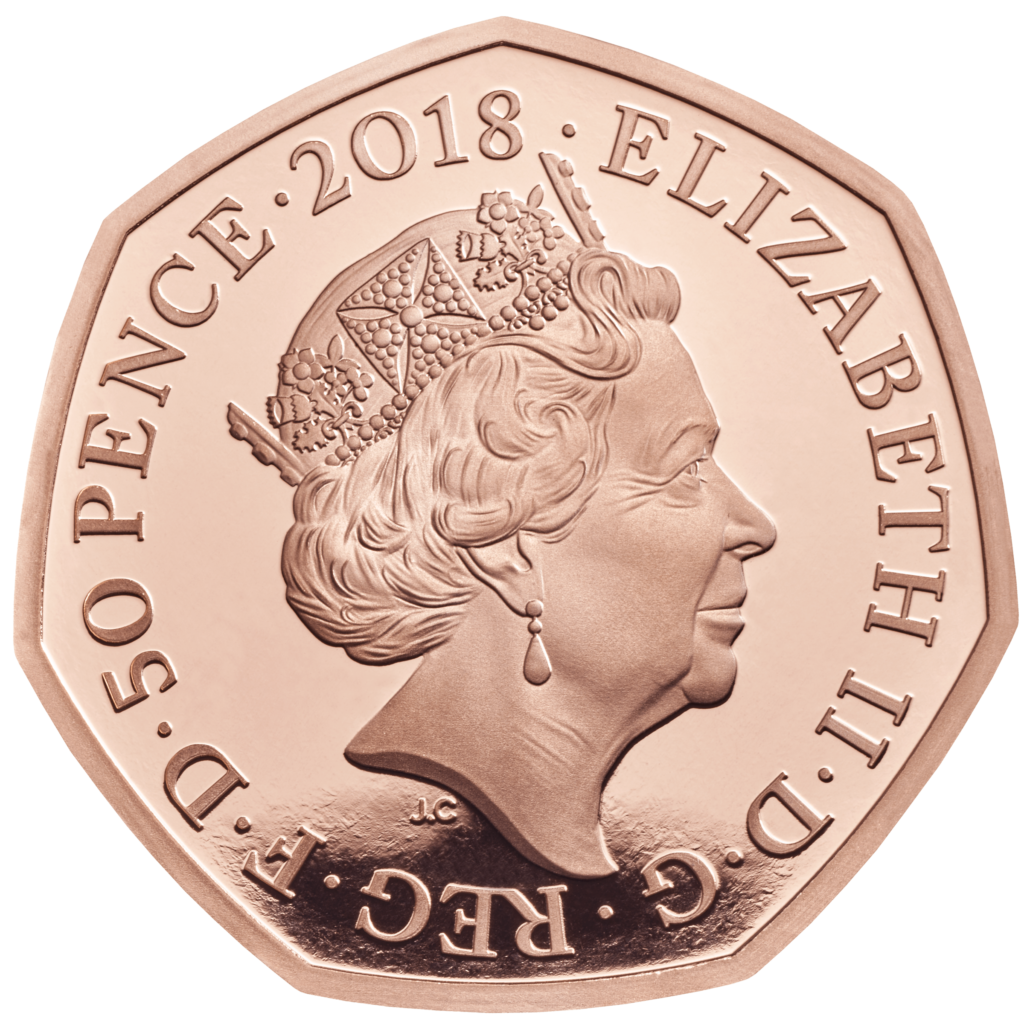 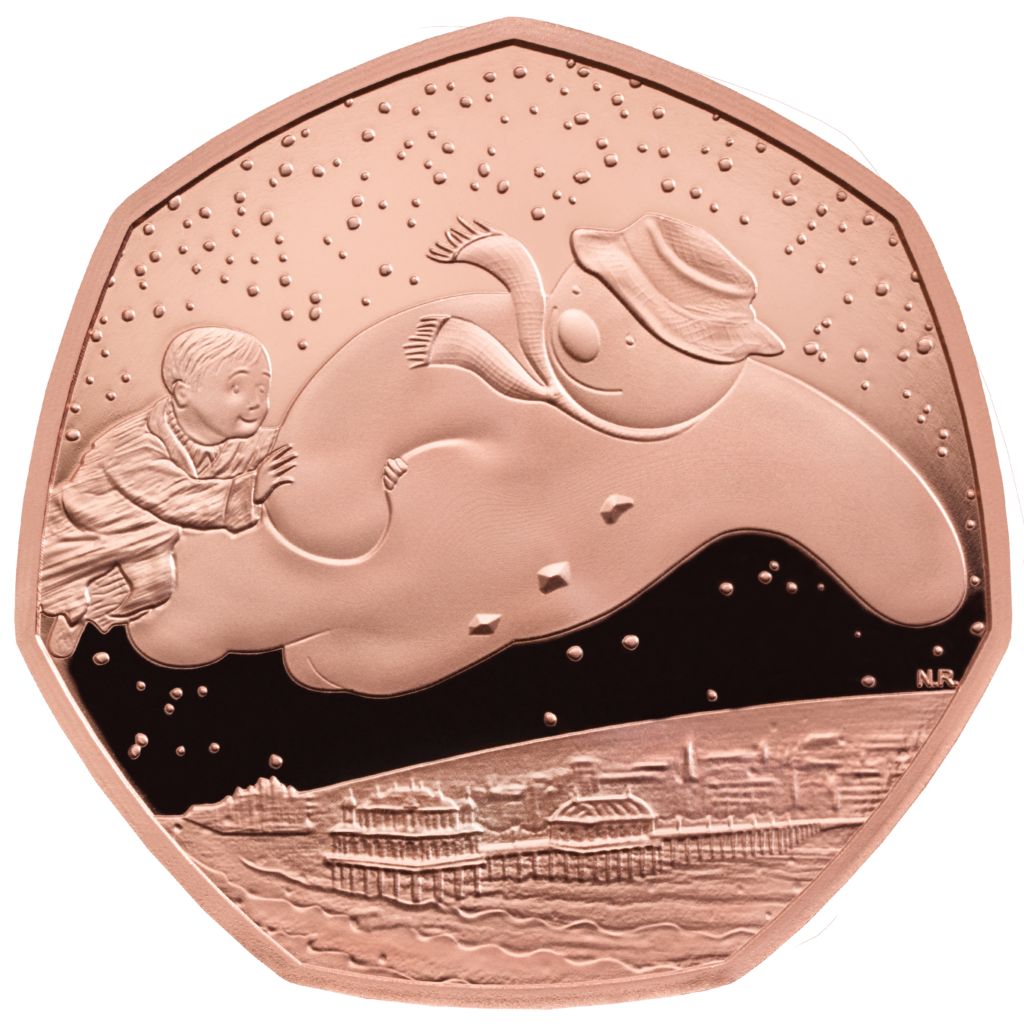 Natasha Radcliffe said: “Growing up, I remember reading The Snowman and sitting down on Christmas Day to watch the animated version was something of a family tradition. When I was asked to create a design for this new series I was excited, but also nervous as I know the story means so much to people and the illustrations are a huge part of that.”

“I hope fans, old and new will appreciate the new design and enjoy unwrapping them as they watch or read The Snowman this year.” 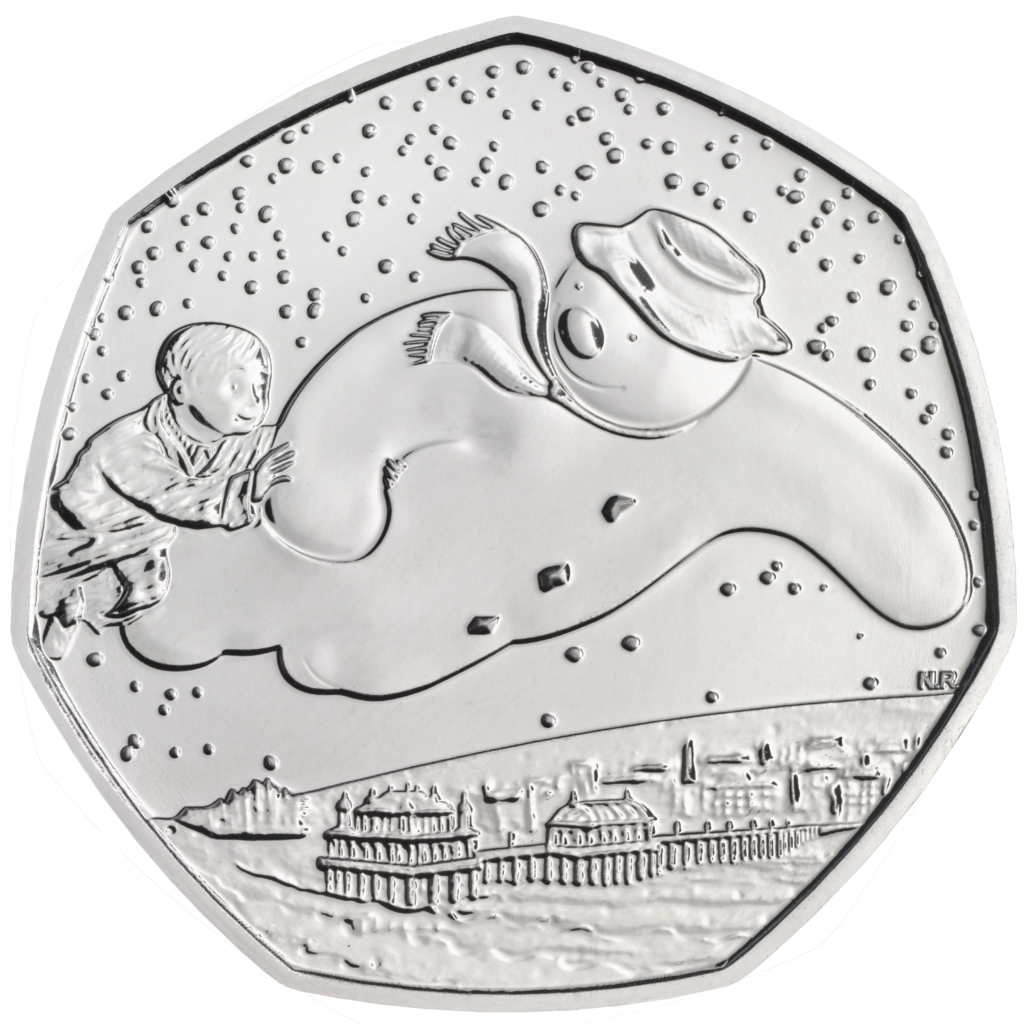 Nicola Howell, Director of Consumer Coin at The Royal Mint commented: “We are thrilled to be a part of the 40th anniversary celebrations of Raymond Briggs’ book The Snowman.

“Over the past few years, the Beatrix Potter and Paddington collections have been incredibly popular with our collectors and we believe this stunning flying scene depicting The Snowman and James captured on a commemorative 50 pence coin will be equally well treasured by children and adults alike.”

Thomas Merrington, Creative Director at Penguin Ventures said: “It was a key ambition for us to work with The Royal Mint once again for The Snowman’s 40th anniversary. He appeals to such a wide audience from grandparents to children alike and these beautiful coins will make perfect keepsakes for every fan of The Snowman.”