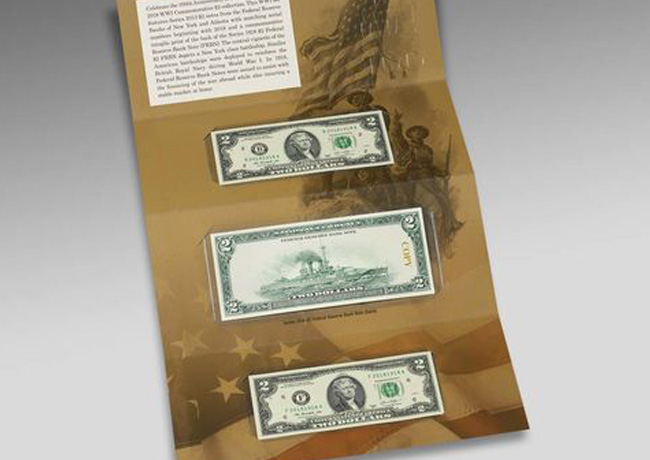 The US Federal Bureau of Engraving and Printing issued a WWI – 100th Anniversary of first World War – $2 commemorative currency set. 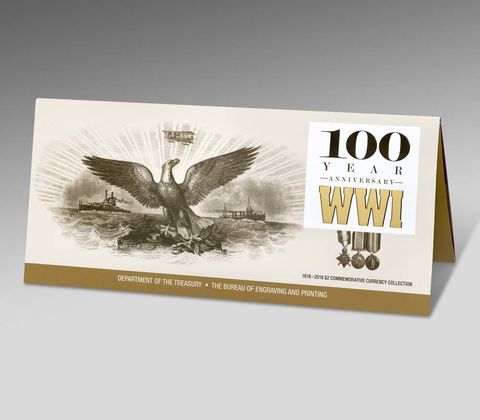 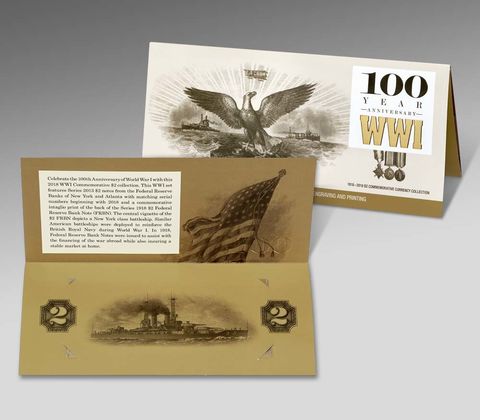 The reverse of the banknotes is illustrated by the US NAVY battleship, the NEW YORK, which distinguished itself during both world wars. He had begun his career during the raid and occupation of the Mexican port of Vera Cruz in 1914, a few months before the beginning of the First World War.

It features a commemorative, engraved print of the back of the Series 1918 $2 Federal Reserve Bank note with the central vignette of the “Battleship – New York.” 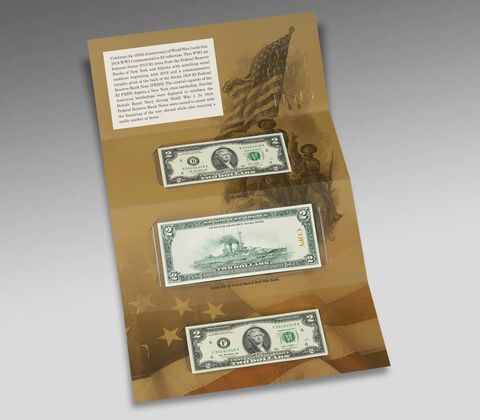 Sources: US mint and NUMISMAG©.