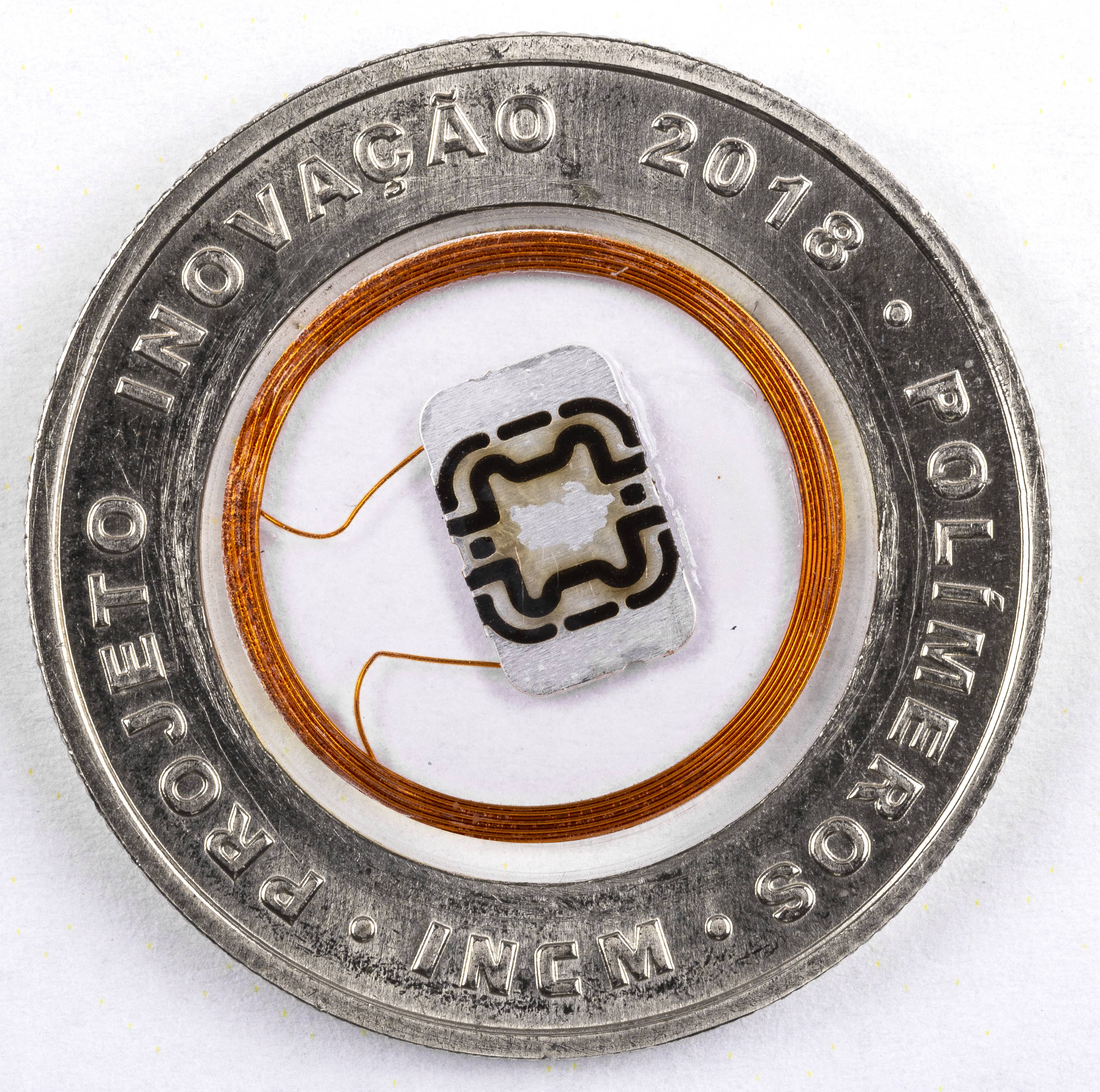 During the Technical Forum of 2019 Berlin World Money Fair, the Portuguese State Mint (INCM) presented a new type of bi-material coin with a polymer centre and a metal ring. The new polymer-metal coin is being developed for the collection market (collector coin) and it is aimed to produce new aesthetic effects and to incorporate advanced security features (RFID chip for instance).

NUMISMAG wish to thank Mister LEITAO of INCM for his help and disponibility. 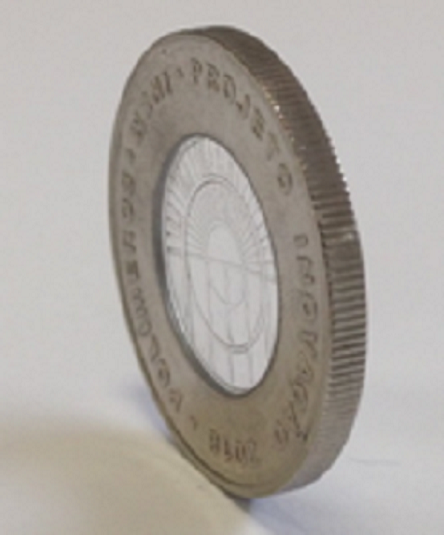 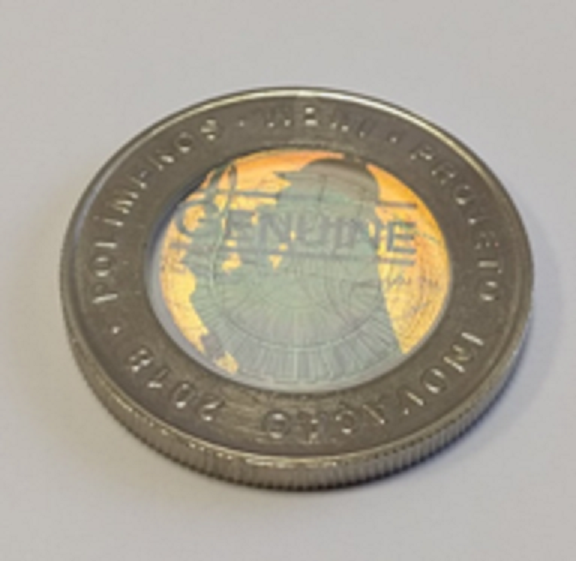 Polymer centre made of a laminated polymer

with a holographic image for advanced security 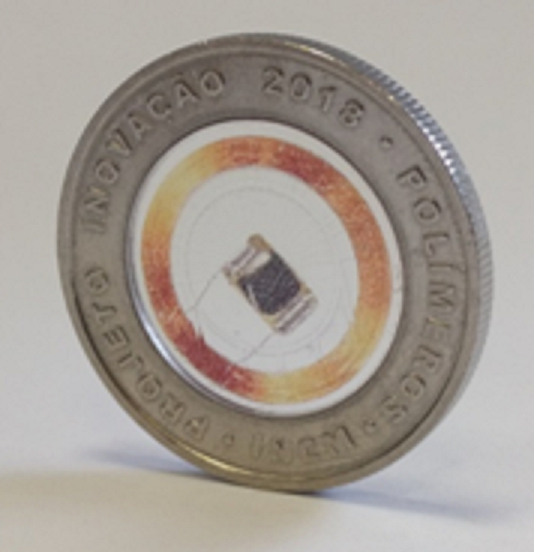 Polymer centre made of a laminated polymer

with an embedded RFID device for advanced security

The relation between the main variables included in Figure 2 is ensured by means of an analytical model developed by the authors for selecting the appropriate geometries of the polymer and metal blanks, and for estimating the force to disassemble the coin by pushing the centre out of the ring. Both manufacturing process and design guidelines are protected by a patent request [1]. The analytical model is comprehensively described in a scientific publication [2] for those readers interested in the overall engineering development associated with the new type of coin. The publication also contains results from numerical simulation using a finite element computer program that is currently utilized by the Portuguese State Mint to optimize the geometry of the coining dies.

The production of the new polymer-metal coin by interface contact pressure is a novel fabrication process because circulating bi-metal coins (such as, for example, the 1 and 2 Euro coins), are based in form-fit joints resulting from the plastic deformation of the ring into a groove placed on the outside edge of the centre. The reason why form-fit joints cannot be used in the polymer-metal coin is because they would fail by cracking of the polymer. 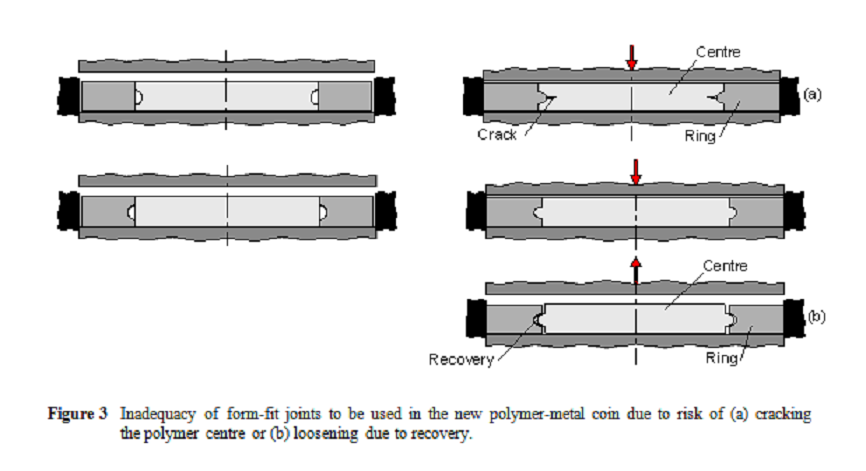 The new coin developed by the Portuguese State Mint is a step forward by extending the technology of coin minting to coins having a large area ratio between the polymer centre and the outer metal ring, with high reliefs imparted on the obverse and reverse surfaces of the polymer centre. These are two major differences from the ‘Planet Earth’ coin issued by the German central bank in 2015, in which the use of polymers is marginal and limited to a relatively thin ring. 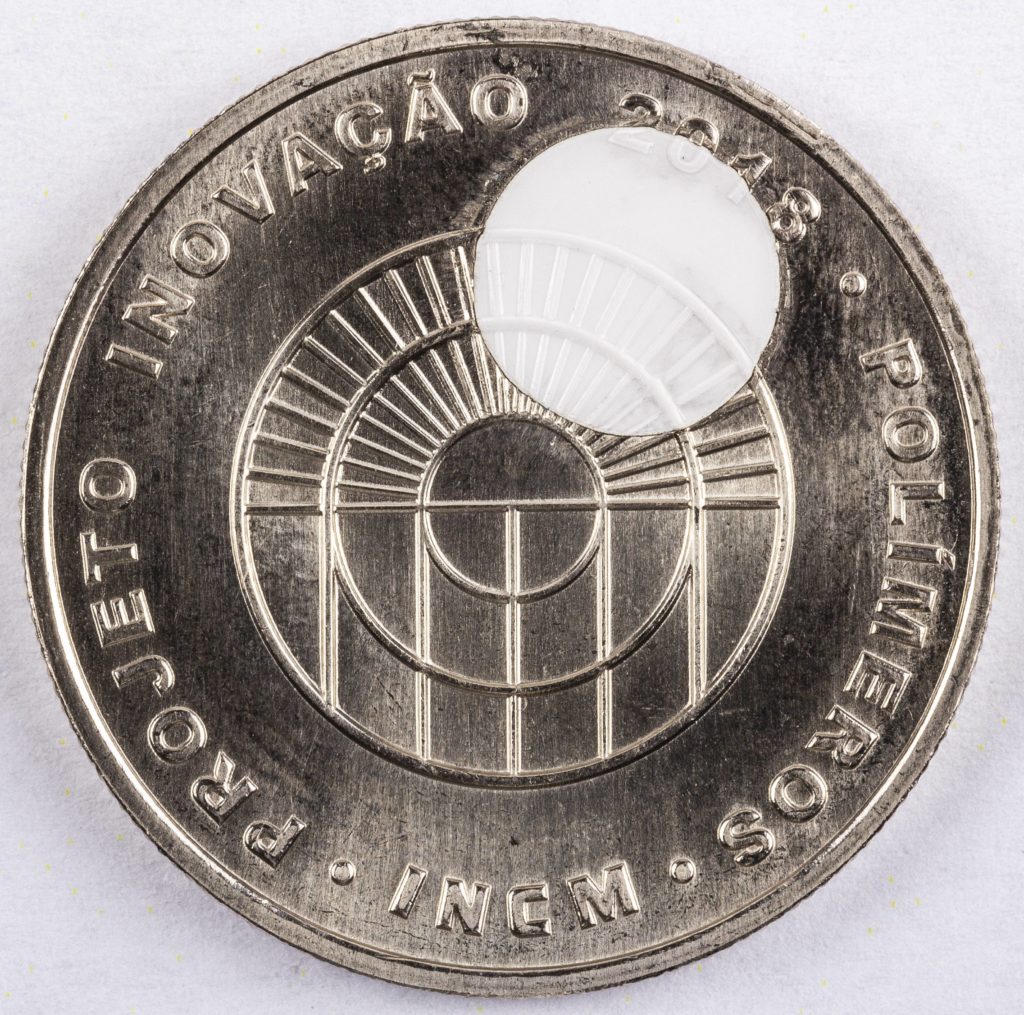 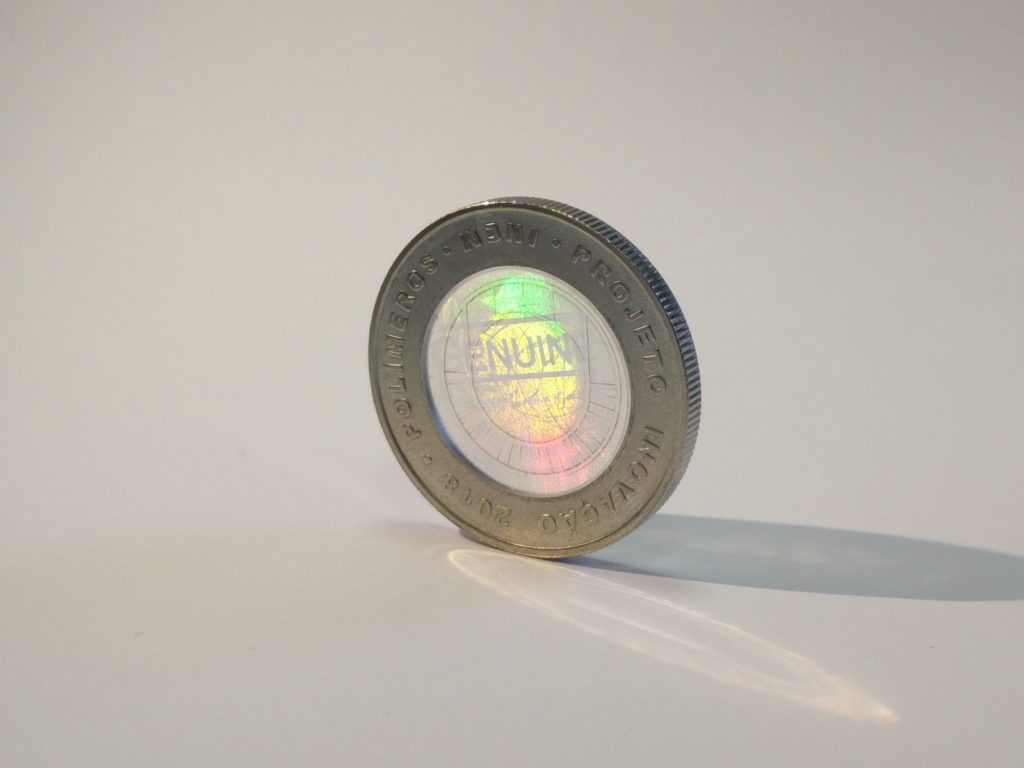