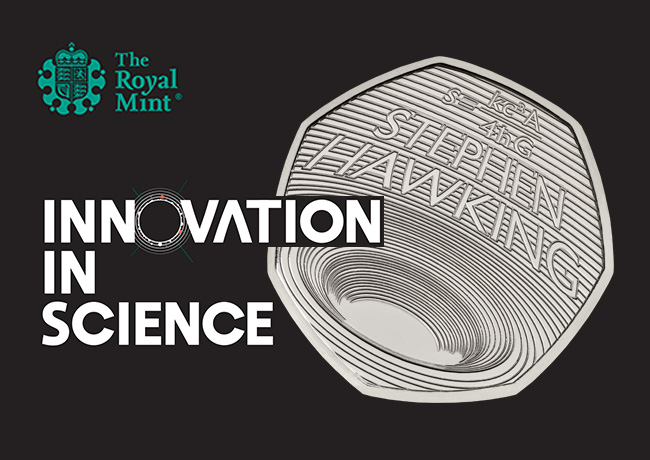 The Royal Mint has announced that the life of one of the world’s most well-known physicists, the late Stephen Hawking, is to be celebrated on a 50p coin. The scientist – and his ground-breaking achievements – will be honoured on a 50p piece featuring a design influenced by Hawking’s pioneering work on black holes. This work, which used a tentative unification of Einstein’s theory of general relativity with quantum mechanics, reported that black holes should not be completely black, instead emitting radiation, meaning they evaporate and eventually disappear. 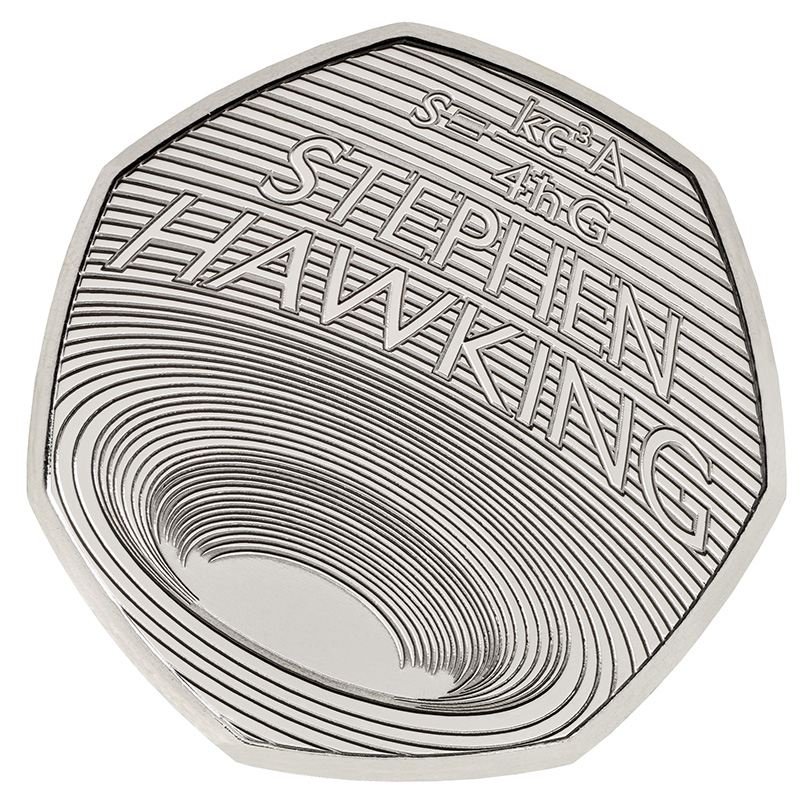 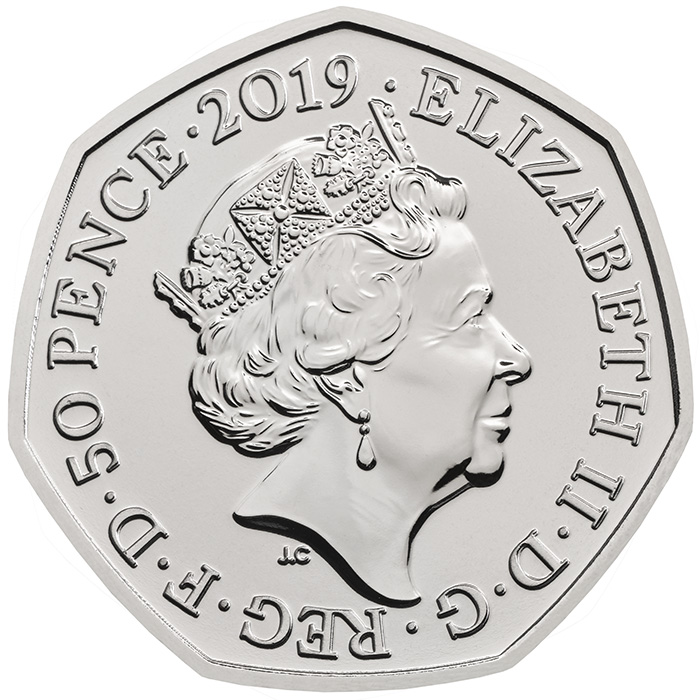 Termed ‘Hawking Radiation’, this was an unexpected but highly influential development. The fact that something can come out of black holes means that they are not truly black, as people thought. In fact, over enough time this ‘Hawking radiation’ means that a black hole will evaporate and disappear. Hawking’s discovery led physicists to the unavoidable conclusion that information is lost as a black hole forms and subsequently evaporates. This is the black hole information paradox, one of the greatest unsolved problems in theoretical physics. These theories and phenomena are explained in his most famous work, A Brief History of Time. 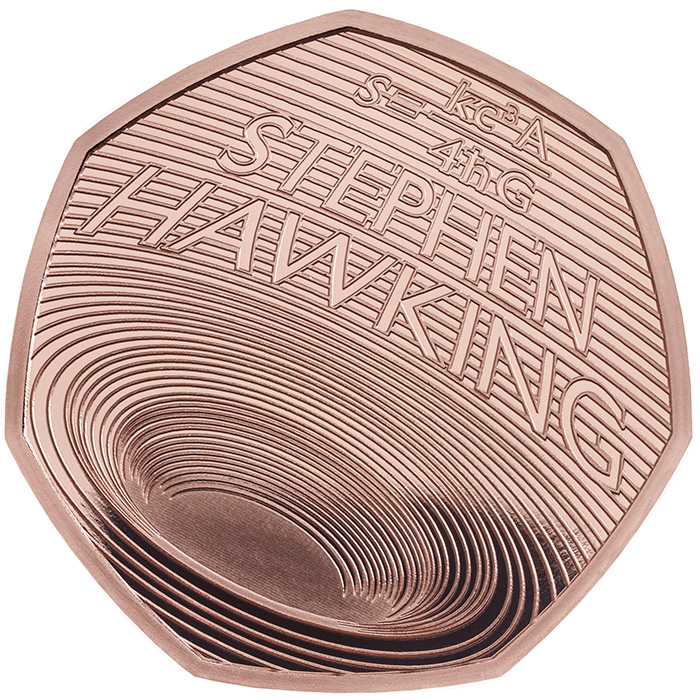 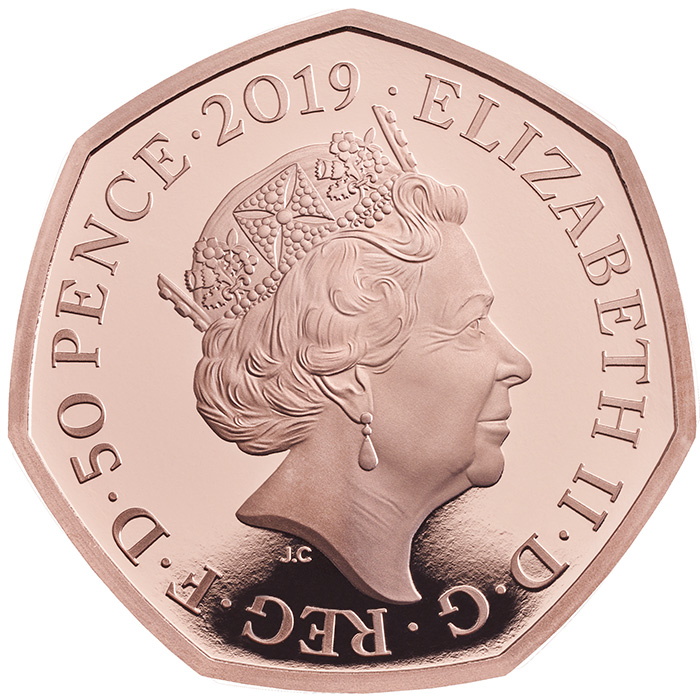 As he said in his own words in an interview for the BBC: “I think my greatest achievement will be my discovery that black holes are not entirely black.”

Stephen Hawking is one of an elite group of scientists to have been honoured on UK coinage, alongside the likes of Sir Isaac Newton in 2017 and Charles Darwin in 2009. In recent years Hawking has been the subject of biopic and has had a recording of his voice beamed into a black hole. 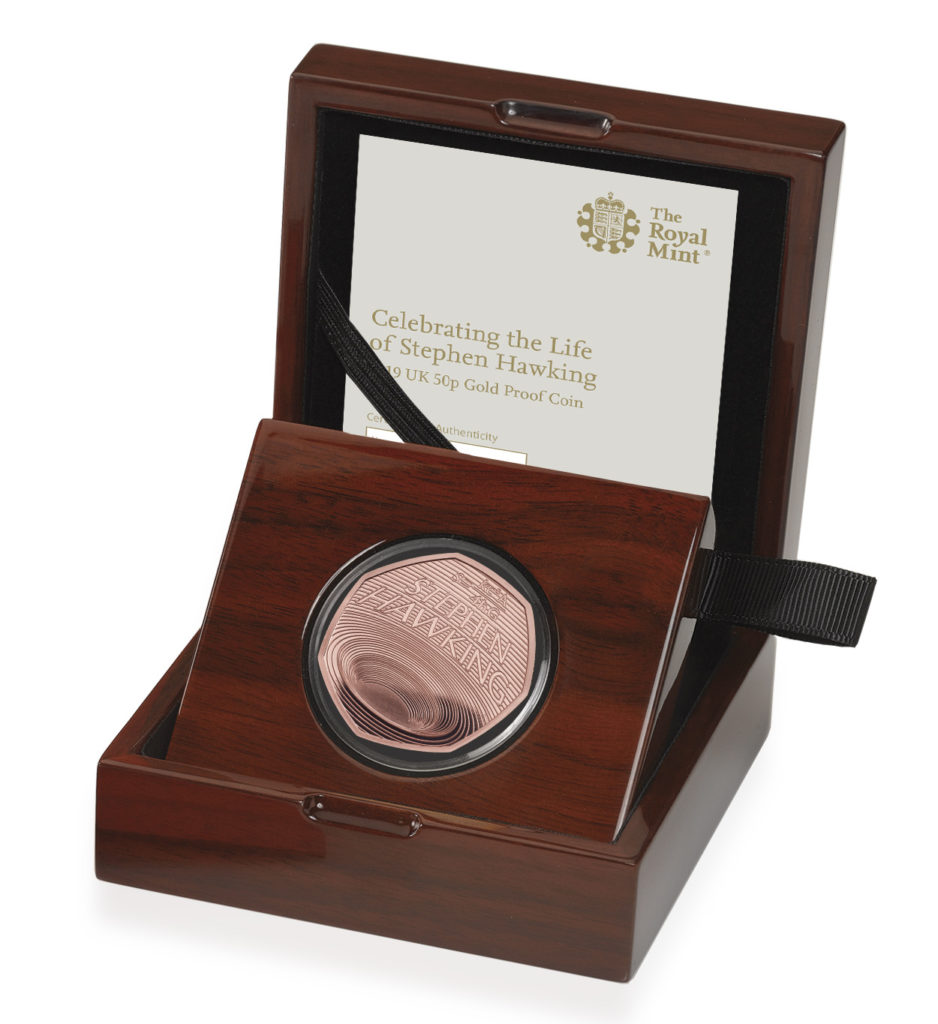 Tim and Lucy Hawking, son and daughter of Stephen Hawking visited The Royal Mint to strike the new coin of the series. Lucy commented: “It is a great privilege to be featured on a coin and I hope my father would be pleased to be alongside Sir Isaac Newton and Charles Darwin as scientists who have made it onto money!” 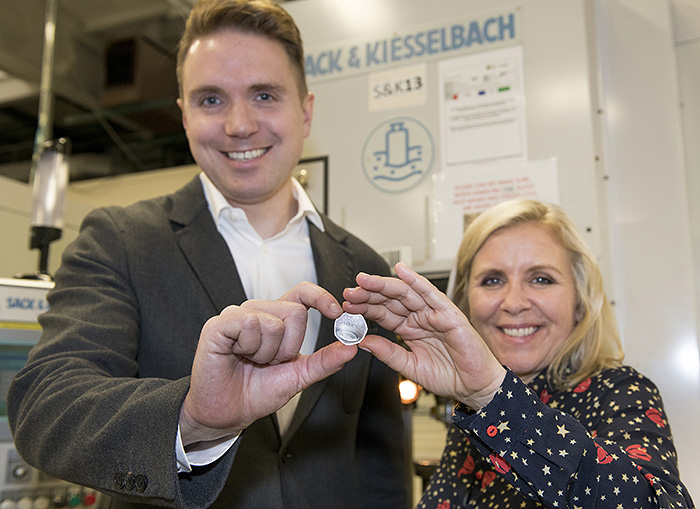 Edwina Ellis, who designed the coin said: “Stephen Hawking made difficult subjects accessible, engaging and relatable and this is what I wanted to portray in my design, which is inspired by a lecture he gave in Chile in 2008. Hawking, at his playful best, invites the audience to contemplate peering into a black hole before diving in. I wanted to fit a big black hole on the tiny coin and wish he was still here chortling at the thought.” 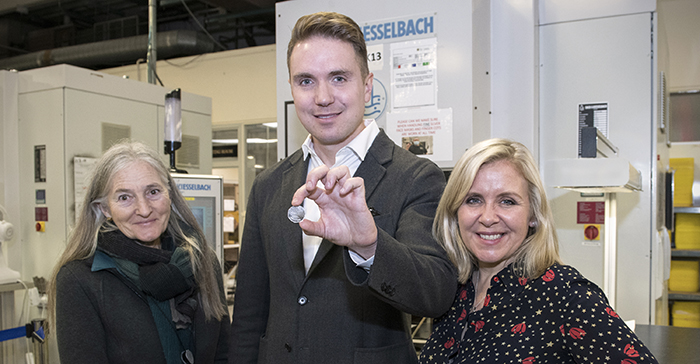 You may have a look on Edwina ELLIS artistic works on her personnal website (link to Edwina’s website). 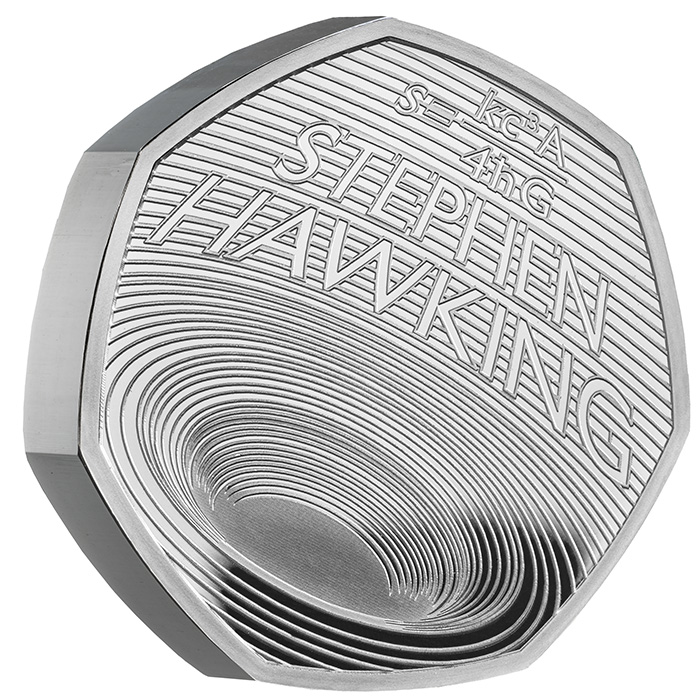 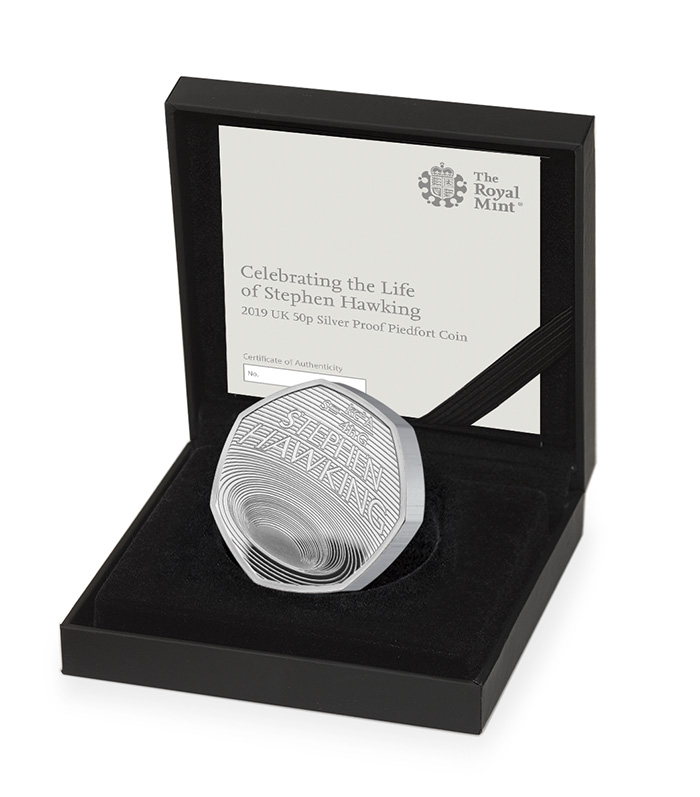 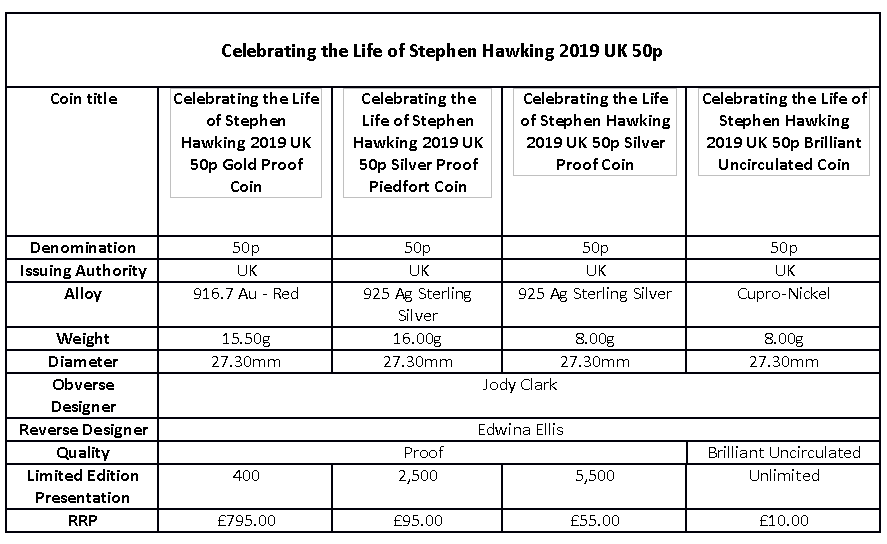 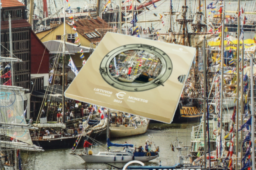 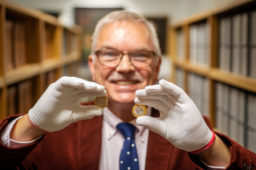