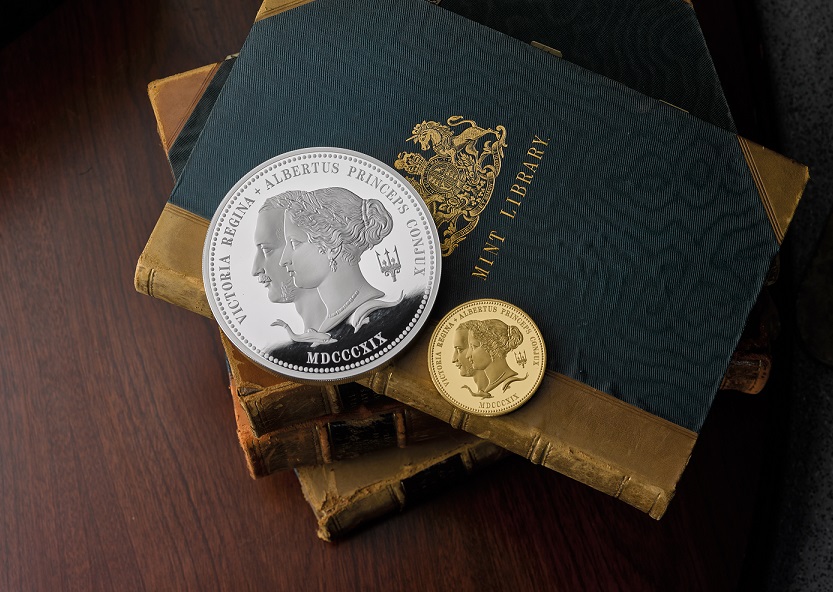 The Royal Mint is celebrating the 200th anniversary since Queen Victoria’s birth with a special new £5 commemorative coin.

Having inherited the throne just one month after her eighteenth birthday, Victoria went on to become one of Britain’s most remarkable monarchs and reigned the empire for more than six decades. Her reign was so long in fact, that it was only surpassed by her great-great-granddaughter, Queen Elizabeth II, in 2015. Due to the length of time she spent on the throne, the coinage issued in Queen Victoria’s name was one of the most prolific in British history, and was used by a quarter of the world’s population.

The commemorative £5 Queen Victoria coin, designed by coin artist John Bergdahl, features his interpretation of the incredibly popular ‘Young Head’ portrait of Queen Victoria, surrounded by inventions from the Victorian era. These include the telephone, steamship and locomotive, all of which symbolise the progress, change and advancement from the time. The design is also embellished with cogs, in recognition of the industrial revolution during the Victorian era.

The commemorative 5oz and Kilo coin features a design which was originally struck, at the time in the form of a Council Medal from The Great Exhibition in 1851. William Wyon’s design, portrays the young couple, Queen Victoria and Prince Albert, very much at their peak and exemplifies the optimism and drive of the age.

Even two centuries after her birth, the effect of Queen Victoria’s monarchy and the Victorian era can still be felt strongly in our everyday lives. From the rise of pioneering technology like the telegraph and telephone, to the incredible developments in travel, with the invention of modern steamships and trains, Victoria’s reign has become synonymous with Britain’s pioneering role in these developments, which the monarch herself took firmly to heart.

Nicola Howell, Director of the Consumer Division at The Royal Mint, commented: “Queen Victoria is one of Britain’s most iconic monarchs, so it’s fantastic to be celebrating 200 years since her birth. Our £5 commemorative coin is a beautiful tribute to her incredible reign and really honours the remarkabledevelopments that were achieved during her era. Whilst the 5oz and kilo design featuring William Wyon’s reproduced double portrait design pictures a loving couple at the peak of their powers.” 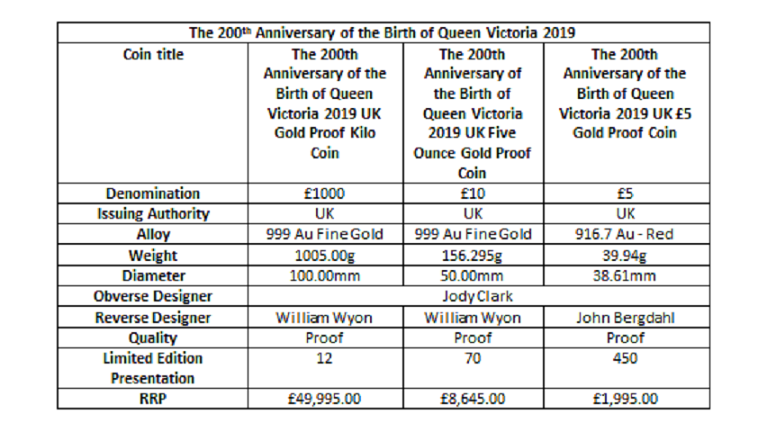 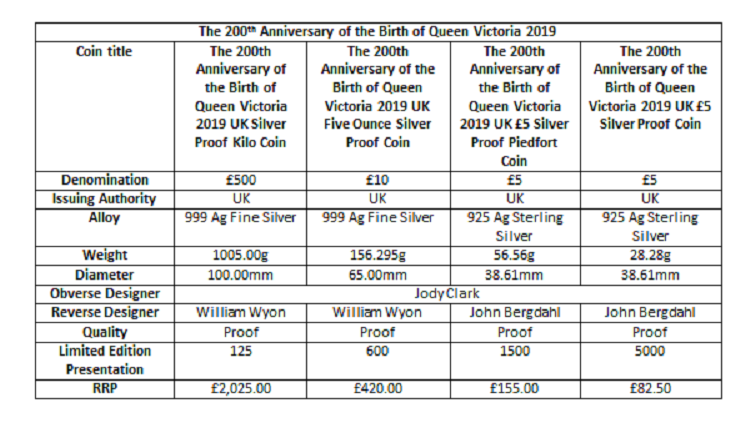 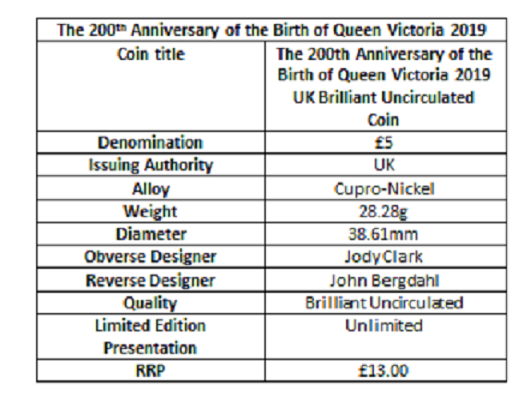