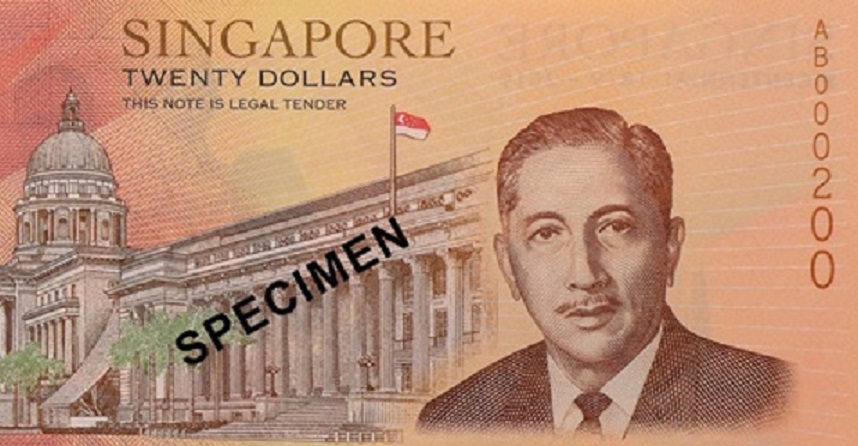 On 5 June 2019, President Halimah Yacob launched a $20 banknote to commemorate Singapore’s Bicentennial. The commemorative note depicts Singapore’s journey to nationhood and pays tribute to our forebears who laid the foundations for modern Singapore.

The front of the commemorative note features a portrait of Mr Yusof Ishak, Singapore’s first President, alongside the former Supreme Court and City Hall, which are now the National Gallery Singapore. These two national monuments witnessed many key events in Singapore’s passage to nationhood, including the swearing-in of the state government in 1963 and Singapore’s first national day parade in 1966.

The back of the note showcases eight pioneering individuals who were part of a broad cast who arrived from different lands and made significant contributions to nation building in diverse areas ranging from education, culture and community service to sports and defending Singapore. 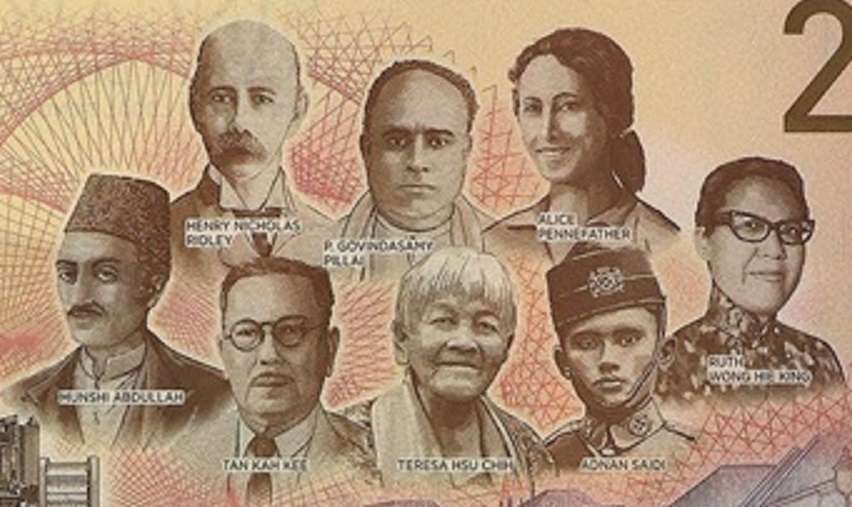 The eight individuals are portrayed against a backdrop of the old Singapore River, flowing into present-day Singapore. The river was at the heart of Singapore’s development as a trading port, and later our transformation into a business and financial hub.

The note also features a multi-coloured lattice-work that reflects Singapore’s rich and diverse cultural tapestry. The ‘20’ denomination, Singapore Coat of Arms, Singapore Bicentennial logo, and the years ‘1819’ and ‘2019’ are depicted in gold with dynamic optical effects in a security stripe.

Members of the public can exchange the $20 commemorative note at face value at branches of nine major retail banks in Singapore from 10 June 2019 onwards. Each note comes with a specially designed folder. To allow everyone to have an opportunity to exchange for the commemorative note, each individual is allowed to exchange up to 20 pieces of the note per transaction.

The nine banks are:

5,000 limited edition numismatic sets, each comprising one uncut sheet of three $20 commemorative notes, are available for purchase at $280 per set. Pre-orders can be placed with The Singapore Mint from 5 June to 13 June 2019. 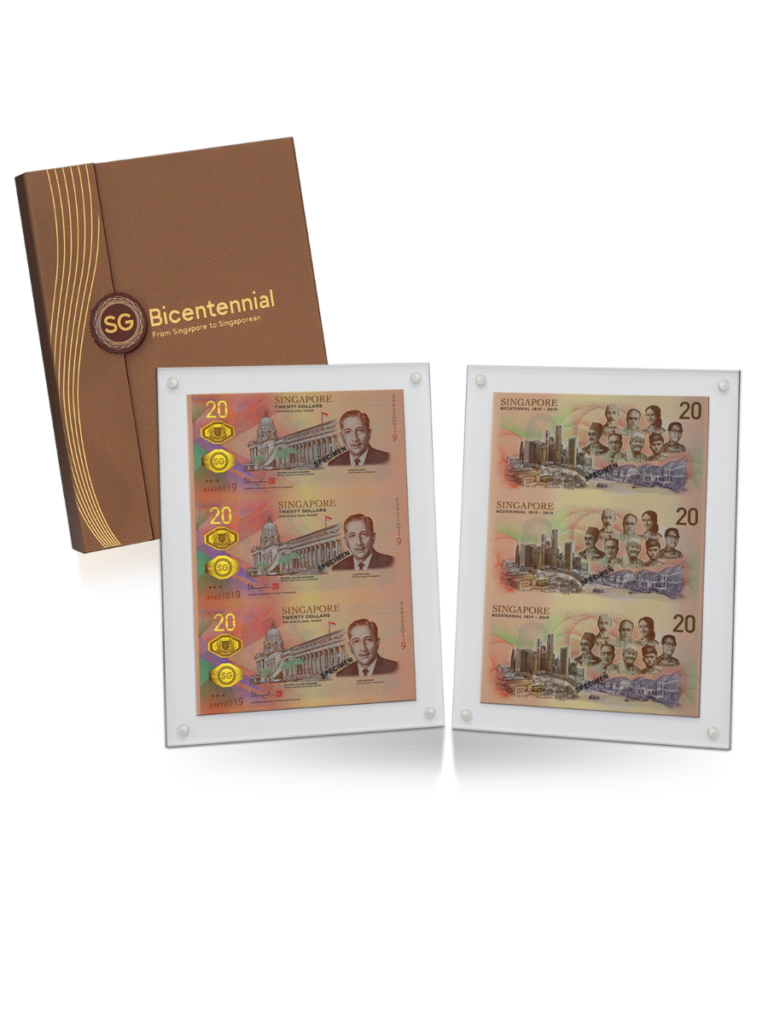 The numismatic currency sets will be allocated by balloting if they are oversubscribed. The sets were available for collection from 20 June 2019. They are actually sold out on Singapore Mint’s online shop.