The Royal Canadian Mint’s newest Second World War Battlefront Series fine silver coin commemorates the bravery and sacrifice of Canadian soldiers who, 75 years ago, helped the Allies win control of the Dutch and Belgian shores of the strategic Scheldt river.

This costly battle, fought from September to October 1944, secured a vital supply line that helped Canada liberate the Netherlands and made the Allied liberation of Western Europe possible. 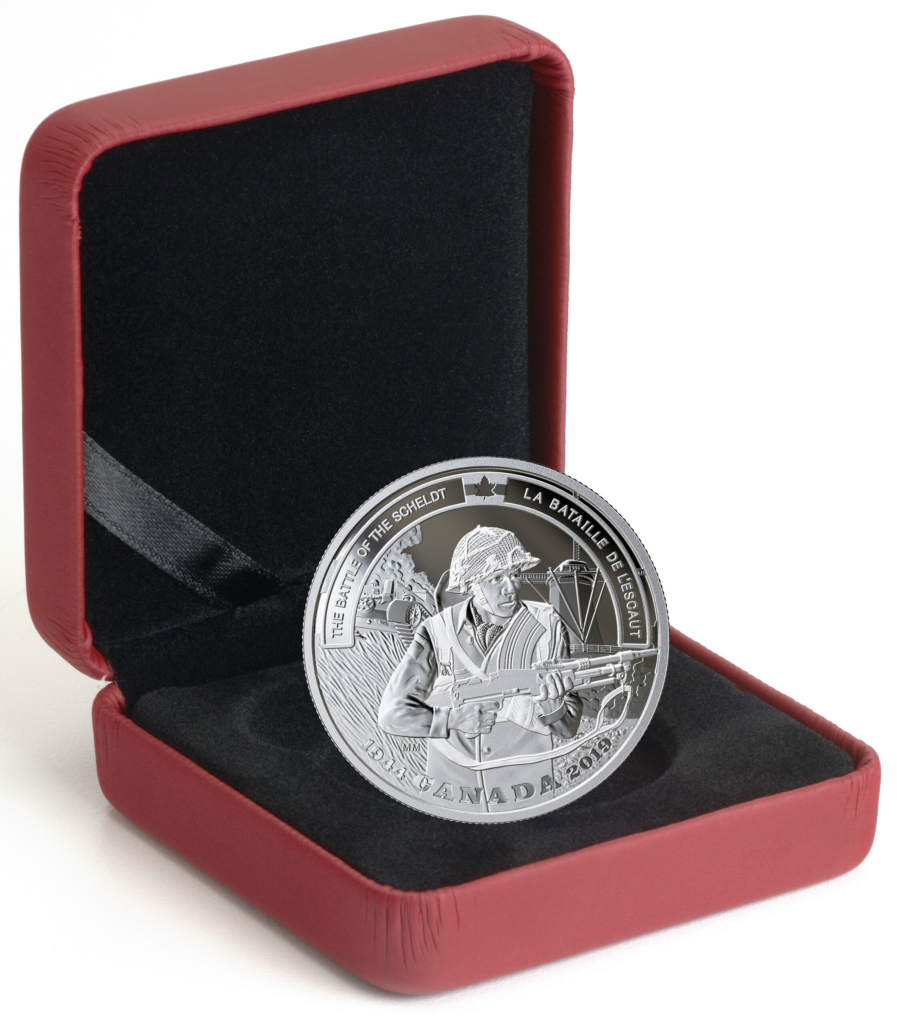 The coin was proudly unveiled by Mint President and CEO Marie Lemay and His Excellency Henk van der Zwan, Ambassador of the Kingdom of the Netherlands to Canada. This ceremony took place at the Perley and Rideau Veterans’ Health Centre in Ottawa, in the company of Second World War veterans and Allied nations representatives. 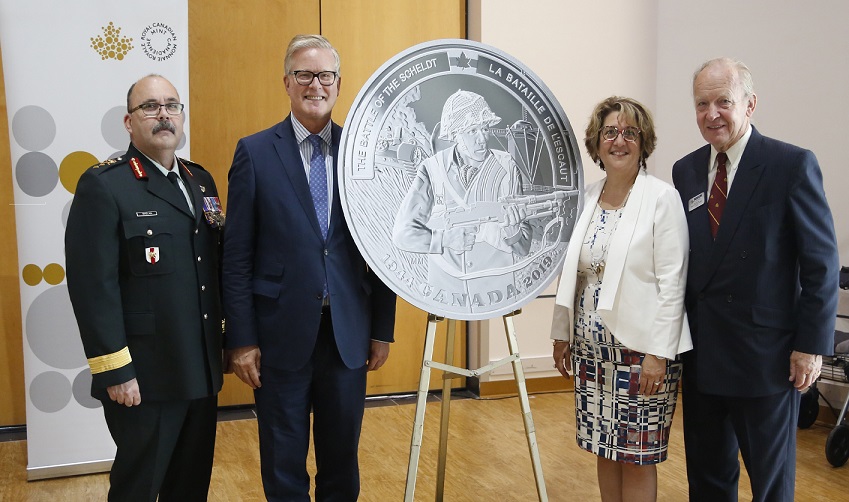 Canadian artist Mary McPherson designed the Battle of the Scheldt silver collector coin, which
presents a realistic portrait of a Canadian Ojibwa soldier in action in the fall of 1944. 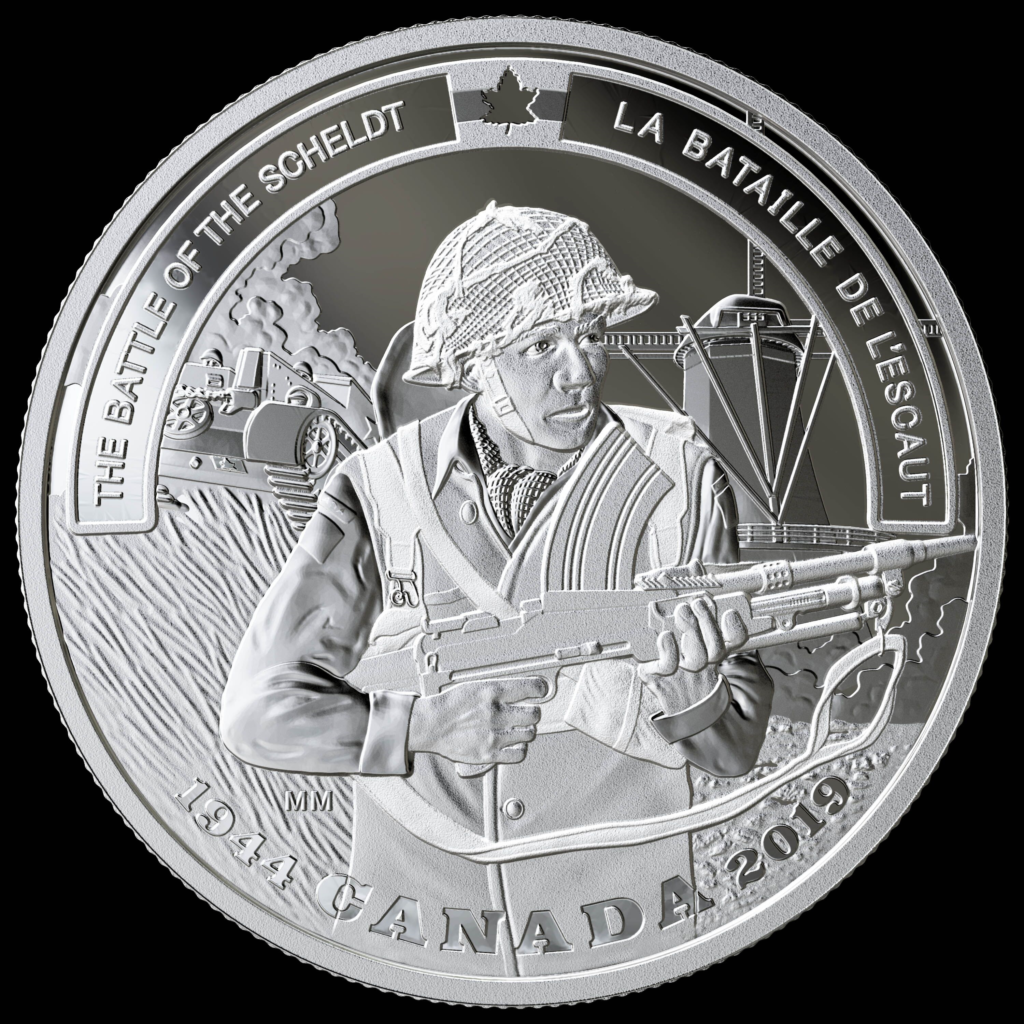 Reverse of the coin 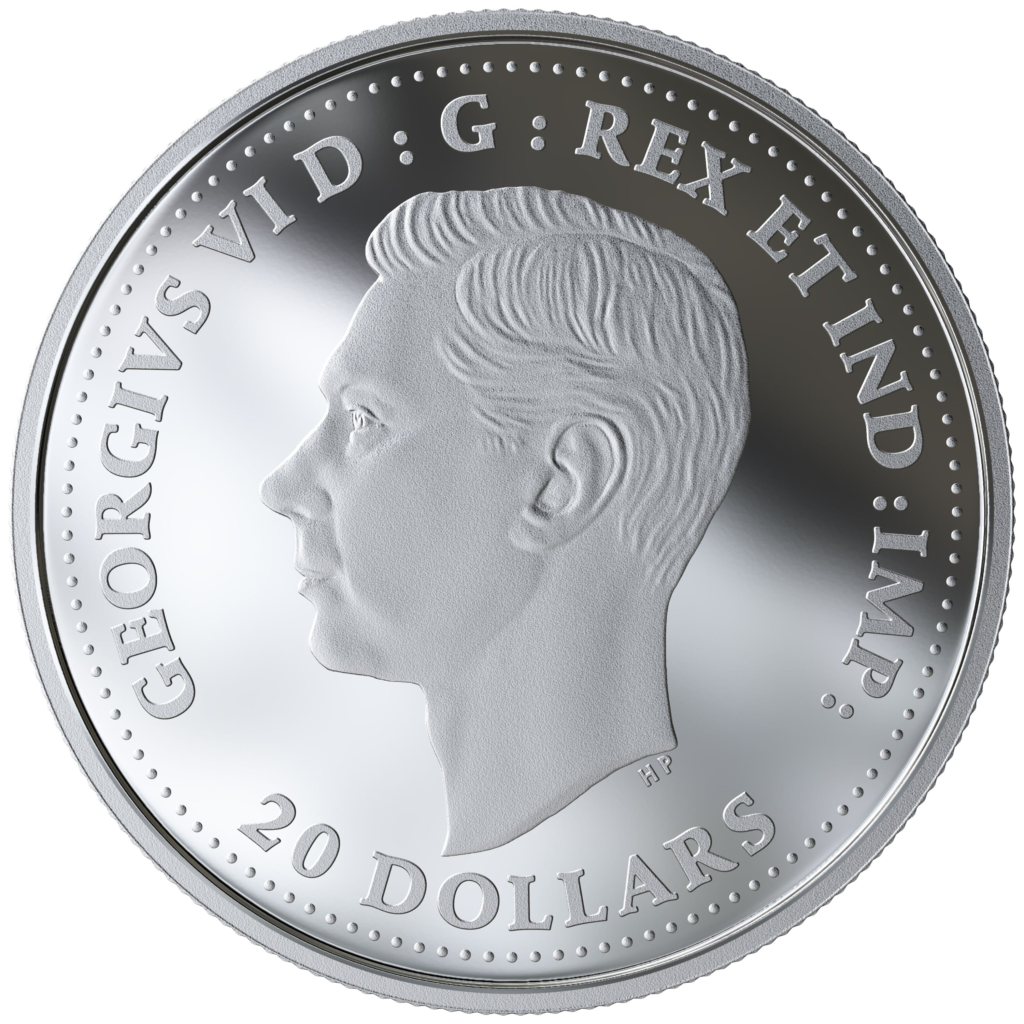 Obverse of the coin

On the reverse, the insignia of the First Canadian Army appears above the infantryman, who wields a Bren gun
while advancing past a tower mill. A Wasp MKII C flamethrower Universal Carrier backs the infantry advance from atop an embankment near the Scheldt River.

The obverse features the effigy of King George VI by T.H. Paget.