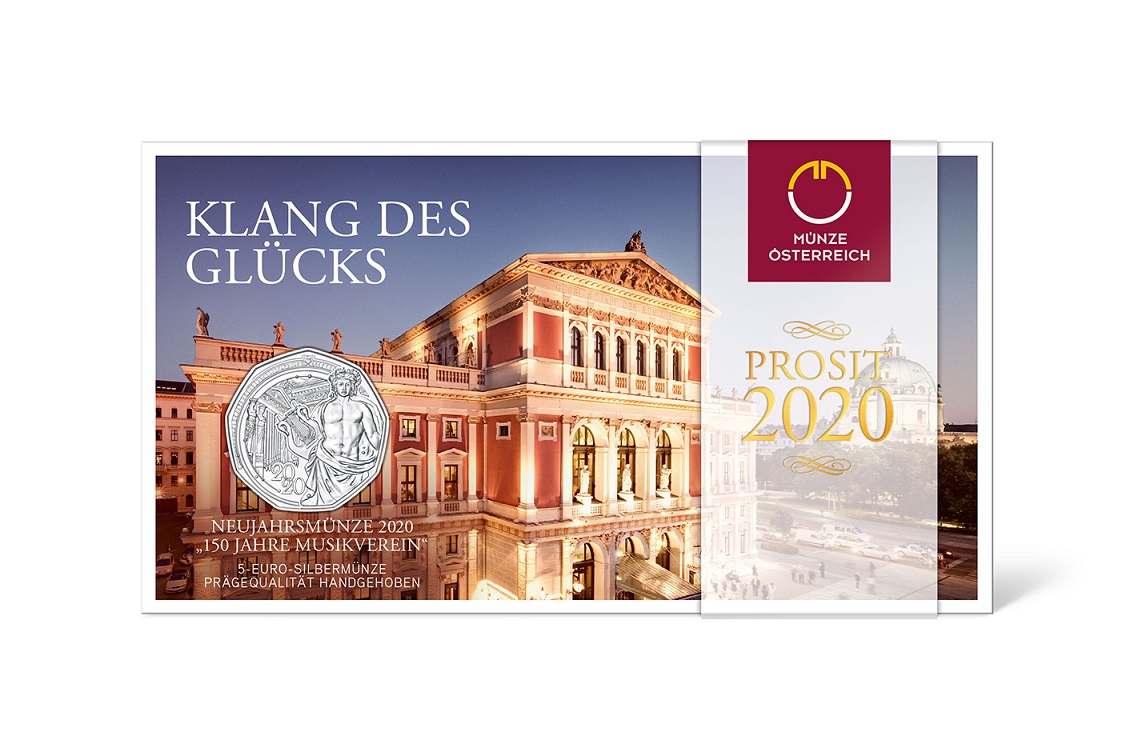 Celebrating the 150th anniversary of the opening of Vienna’s Musikverein concert hall in 1870, the New Year coin 2020 features the Greek god, Apollo.

The image of the god of music and dance is taken from a frieze, designed by August Eisenmenger (1830-1907), found on the ceiling of the Golden Hall of the Musikverein, the spiritual home of classical music in the Austrian capital. New Year in Austria is all about music.

Considered one of the finest concert halls in the world, the Musikverein was designed by Danish architect Theophil Hansen in the Neoclassical style of an ancient Greek temple. The building was inaugurated on 6 January 1870, when the first night audience was captivated by the combination of its architectural and acoustic beauty. However, the legendary sound of the Golden Hall is not the product of scientific precision but of fortuitous happenstance, as Hansen had to rely on his intuition rather than on studies of architectural acoustics. Fortunately, the wonderful architecture resulted in sublime sound.

In Eisenmenger’s frieze, the youthful Apollo floats above the audience, no doubt buoyed by all the beauty he has witnessed over the past century and a half. The coin motif shows him, lyre in hand, a toga covering his lower body. In the background, the famous organ of the Golden Hall can be seen.

The 5 Euro silver coin has a diameter of 28.5 mm, contains 1/4 ounce of fine silver with the fineness of 925. The silver coin is available in special uncirculated quality and will have a maximum mintage of 50,000. Each of these coins is vacuum-sealed in a colourful and informative blister pack.

An additional 200,000 of these 5 Euro coins will be issued in copper uncirculated quality. 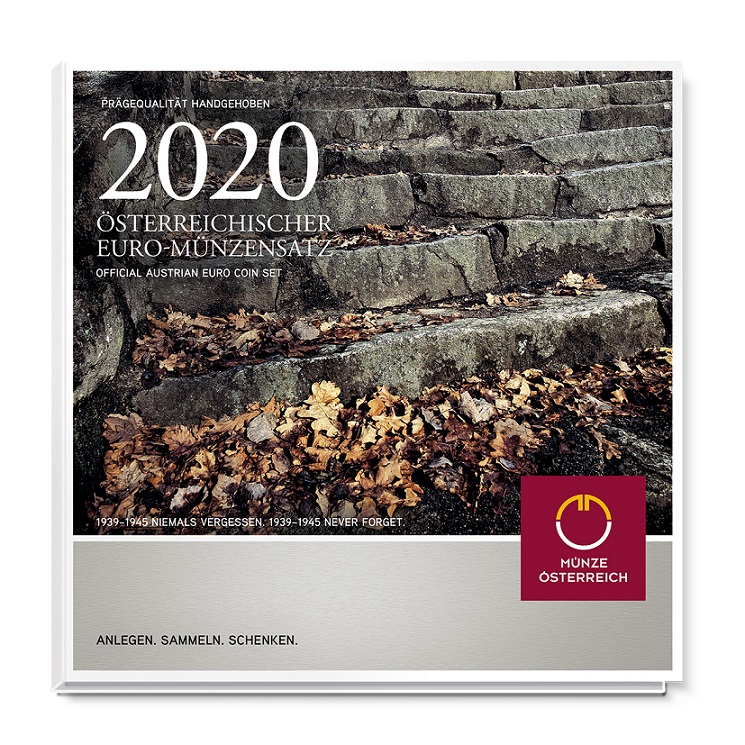 NEVER FORGET: In 2020, the world celebrates the 75th anniversary of the liberation of the concentration camps and the end of the Second World War in 1945. During the Holocaust millions of our fellow citizens were persecuted, abducted and murdered for racist and anti-Semitic reasons. The cover of the Official Austrian Euro Coin Set 2020 shows the granite ‘Stairs of Death’ at Mauthausen concentration camp, a chilling reminder of the systematic, state-organised massacre of the Jews, which employed industrial methods in an attempt to exterminate the entire Jewish people. 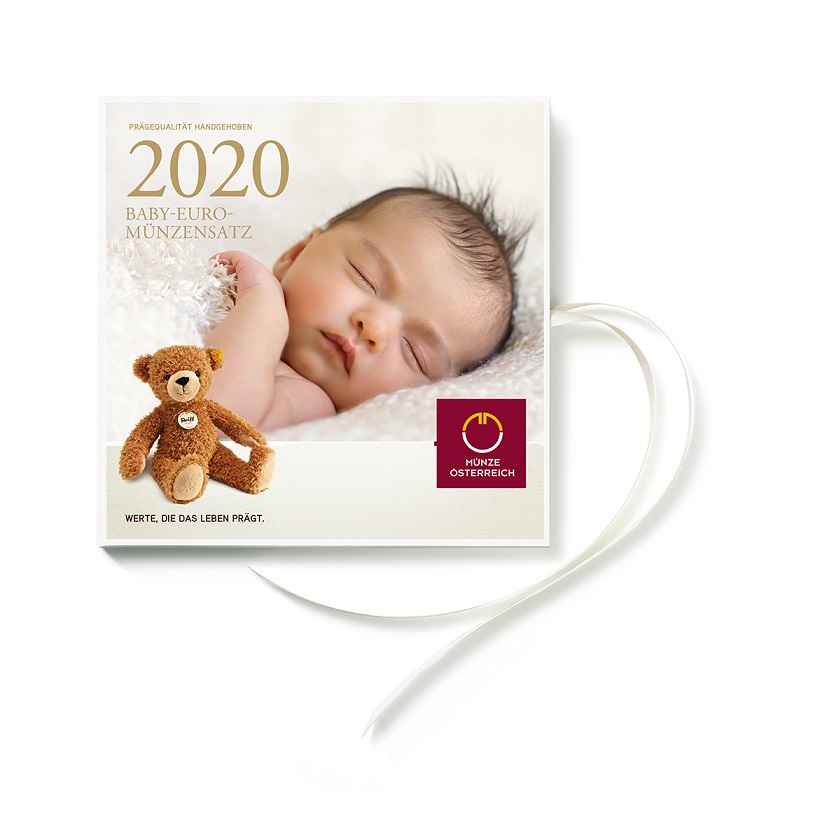 Meanwhile well beloved, well known and also available from 4 December – the Baby Euro Coin Set 2020. It is the ideal present for births or christenings and contains all eight coins bearing the year of issue in special uncirculated quality. Packed in a cover with a sleeve the coin set has blank spaces where the baby’s key milestones can be noted, making it both a personal and individual gift.

The first day of issue for all three products is Wednesday 4 December 2019.