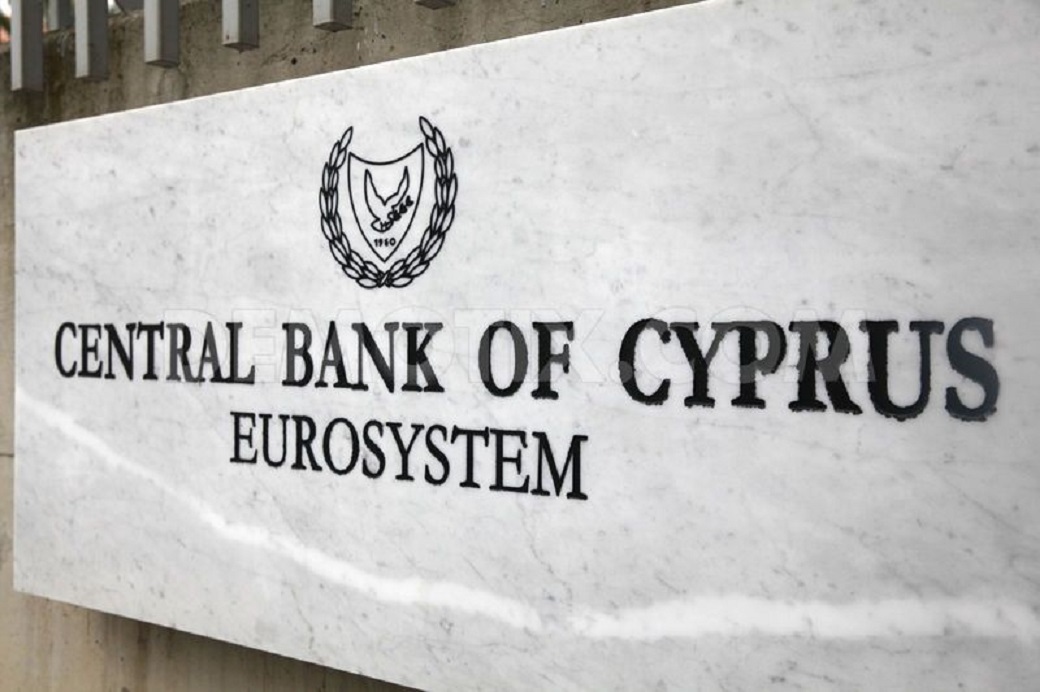 The coin has been designed by George Stamatopoulos and was minted by the Greek Mint. 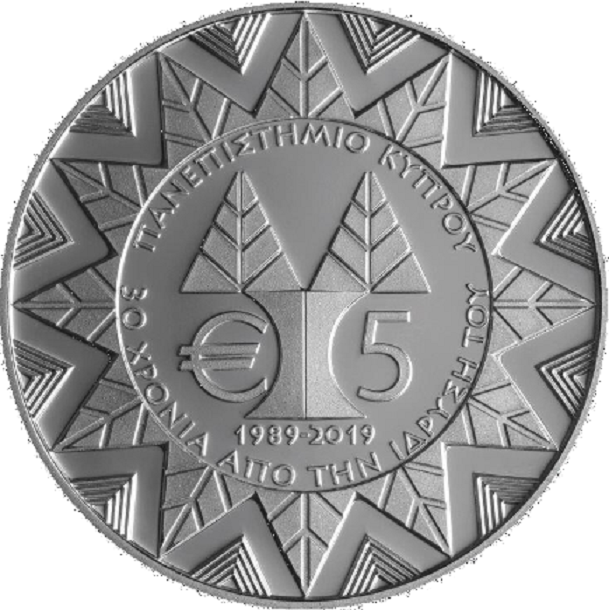 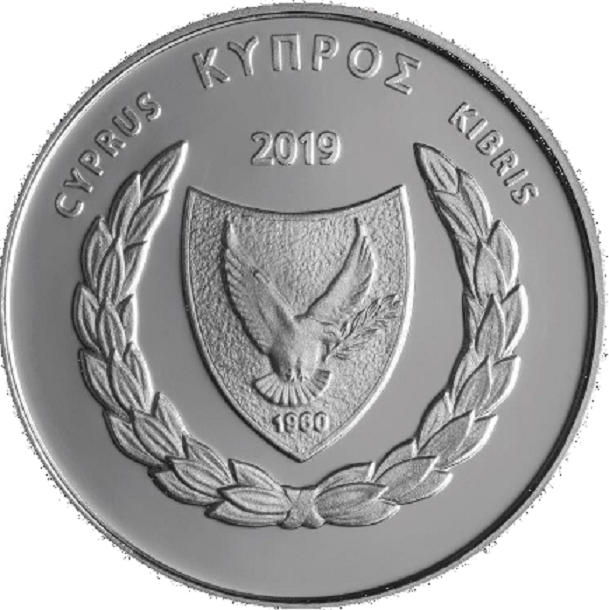 The issue is limited to 2.000 coins. The selling price of each coin, including VAT, has been set at €42.

It is on sale for general public from december 4th 2019.

A composition depicting the emblem of the University of Cyprus surrounded by a pattern formed by the repetition of part of the emblem. The years 1989-2019 appear under the emblem and the phrase «ΠΑΝΕΠΙΣΤΗΜΙΟ ΚΥΠΡΟΥ 30 ΧΡΟΝΙΑ ΑΠΟ ΤΗΝ ΙΔΡΥΣΗ ΤΟΥ» is circularly inscribed. The coin’s nominal value of €5 is also depicted.