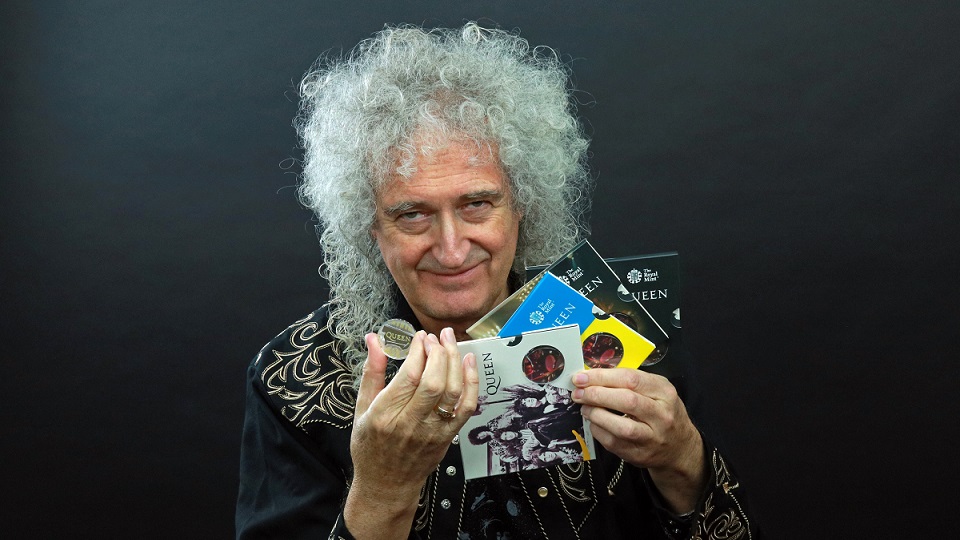 The Royal Mint has announced the iconic band, Queen, will be celebrated with the launch of a commemorative coin collection, making it the first time that a British band has been celebrated on UK coinage.

Known for pushing the boundaries with their own unique style and continually reinventing their approach to music, Queen’s layered sound and flamboyant anthems continue to influence a new generation of musicians’ decades after they were formed.

Perhaps the most striking example of the band’s determination to be bold was their decision to release a six-minute quasi-operatic single, Bohemian Rhapsody, in 1975. Before the release of the song, the label was determined to cut the length of the single significantly.

However, the foursome refused and the risk paid off, with the single spending nine consecutive weeks at the top of the charts.

In 2002, 27 years later, the single was voted as Britain’s favourite song of all time. The opening notes of Bohemian Rhapsody are so well recognised, that The Royal Mint’s coin designer, Chris Facey, decided it was a fitting tribute to showcase these by featuring the keys on the piano pressed down.

The coin commemorates all four members of Queen, in recognition of their contributions to the band’s success. This is done through the portrayal of each member’s instrument, with the Bechstein™ grand piano – which Freddie Mercury played for Bohemian Rhapsody – featuring at the top of the coin. Meanwhile, the group’s logo is placed at the centre of the design and is underscored by the singer’s signature mic stick.

Brian May’s ‘Red Special’ guitar – which he still plays using an old sixpence to give his unique sound – also features alongside John Deacon’s Fender Precision Bass™. Finally, Roger Taylor’s Ludwig™ bass drum is decorated with the Queen crest, as it appeared in the band’s early days. 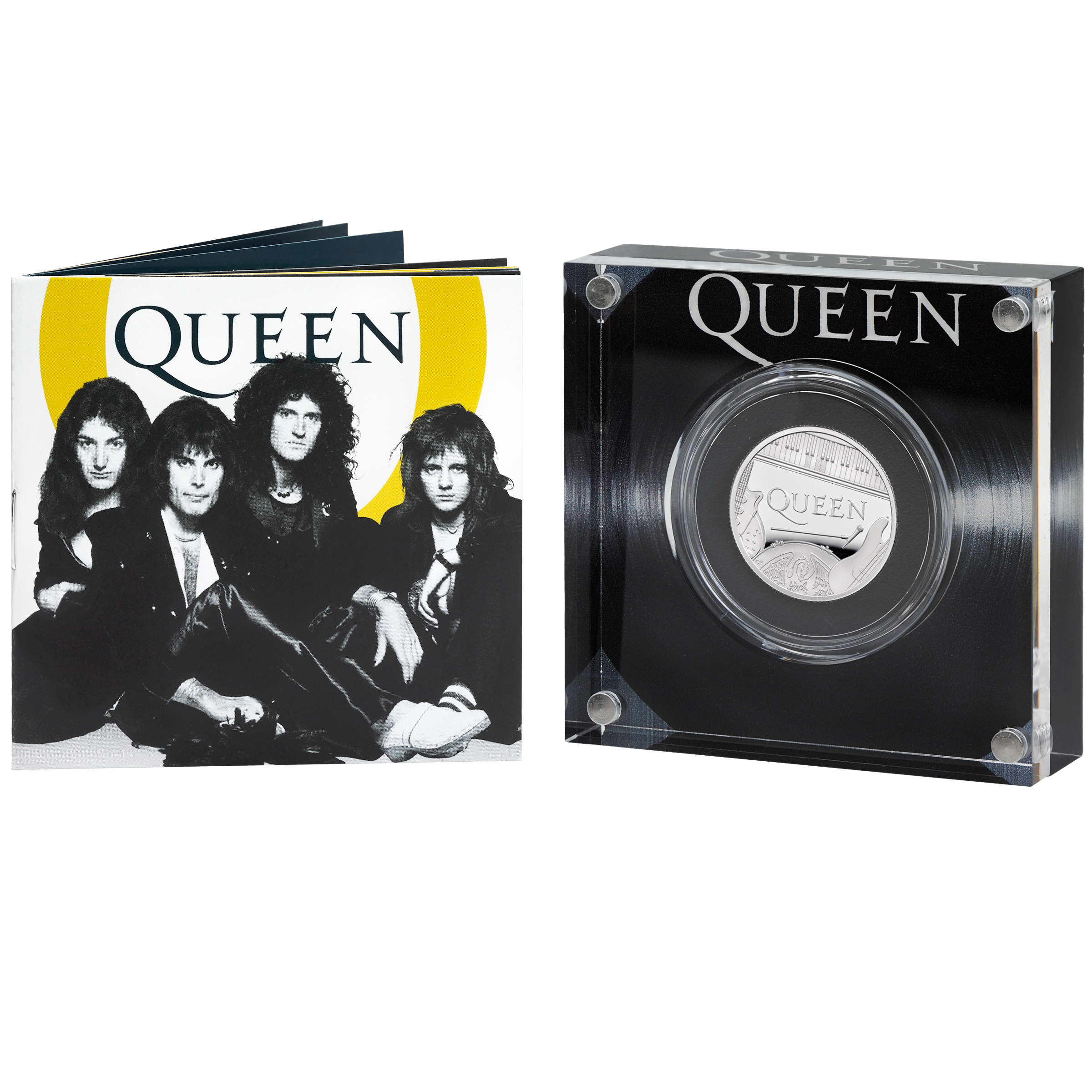 Brian May from Queen said: “This is a big ‘Who could have imagined it?’ moment for us.  When we began as Queen, even the first rung of the ladder to recognition seemed remote and unreachable.  To have our band recognised and our music celebrated in this way is very touching – a real honour.”

Roger Taylor from Queen said: “Marvellous, all this fuss over our band. I feel entirely spent.”

Nicola Howell, Chief Commercial Officer at The Royal Mint, commented: “Queen were one of the most influential bands of their generation, and their timeless classics are still enjoyed by millions of fans around the world. That’s why we’re so pleased to be honouring their great contribution to British music with their very own coin, which will be the first time a British band has been celebrated on UK coinage. British music is one of our greatest contributions to culture around the world, and its musicians like Queen who are at the forefront of this. We’re looking forward to announcing other coins in our new ‘Music Legends’ collection later this year, marking the work of other exceptional British musicians.” 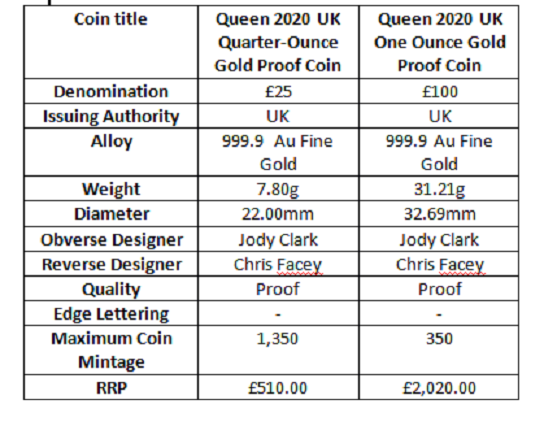 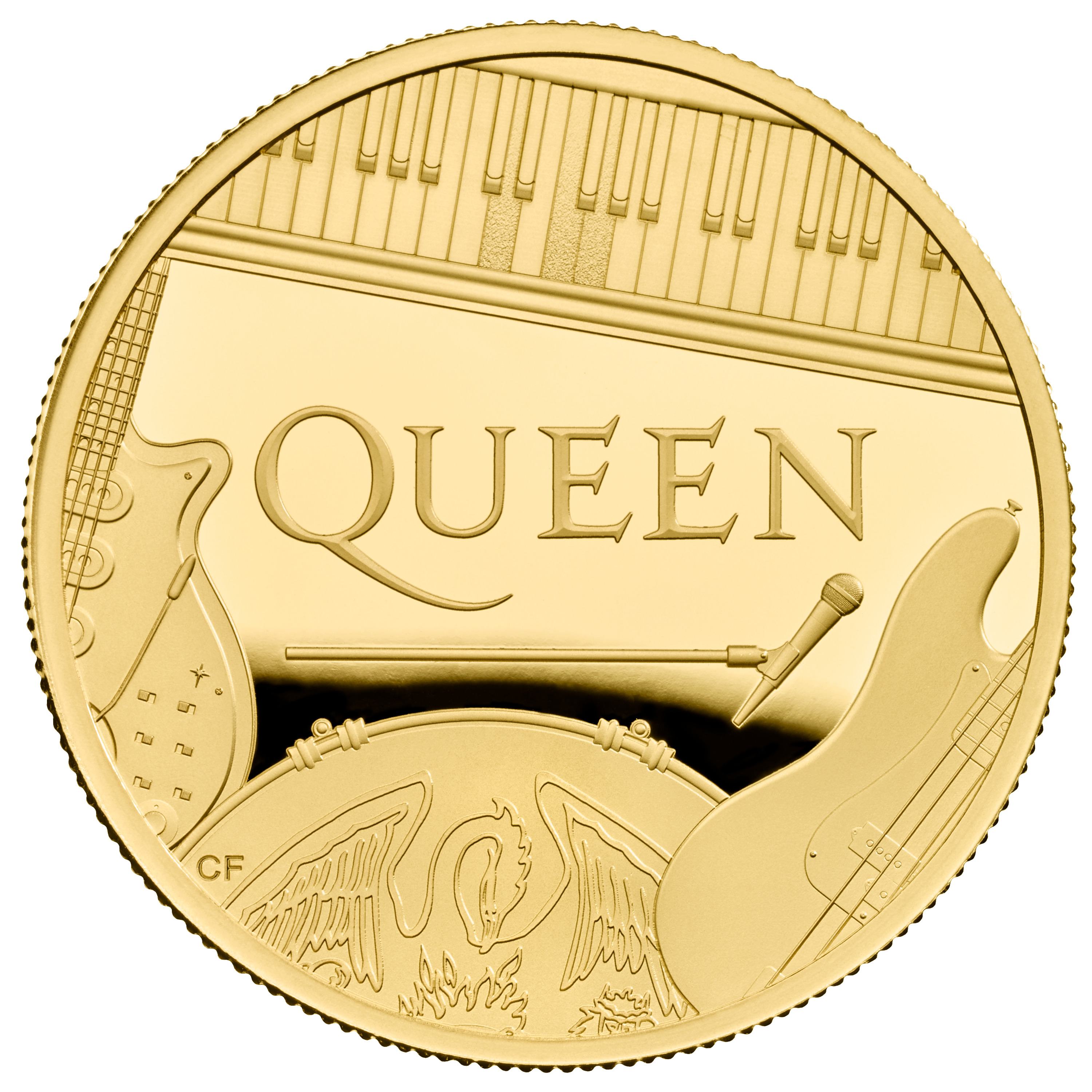 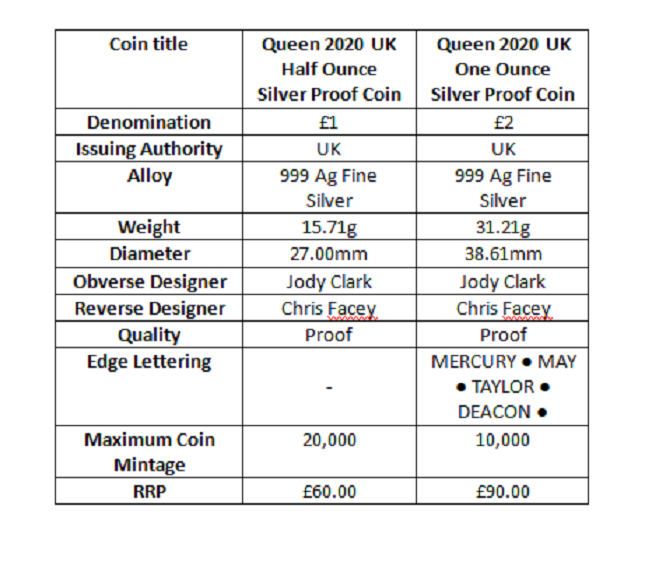 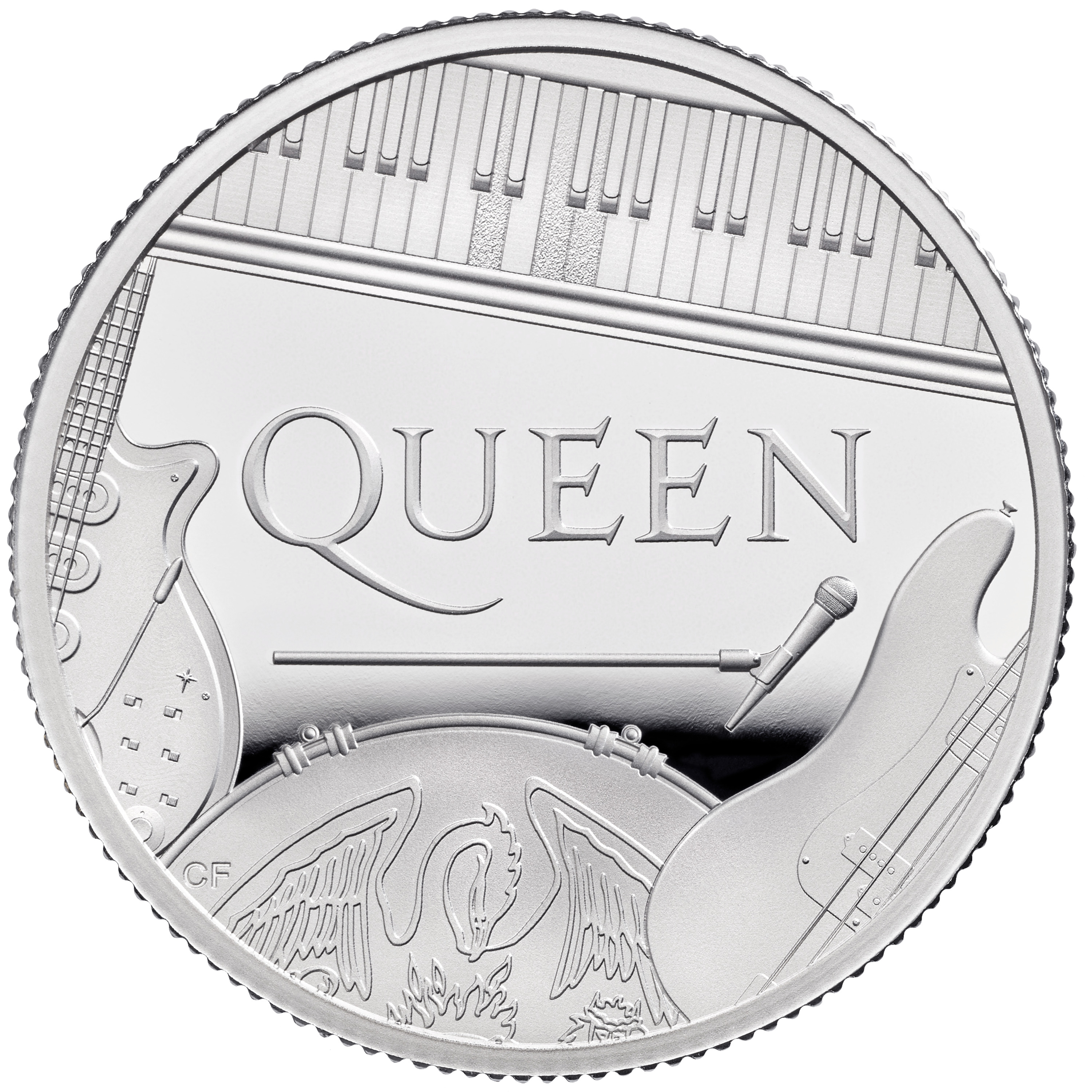 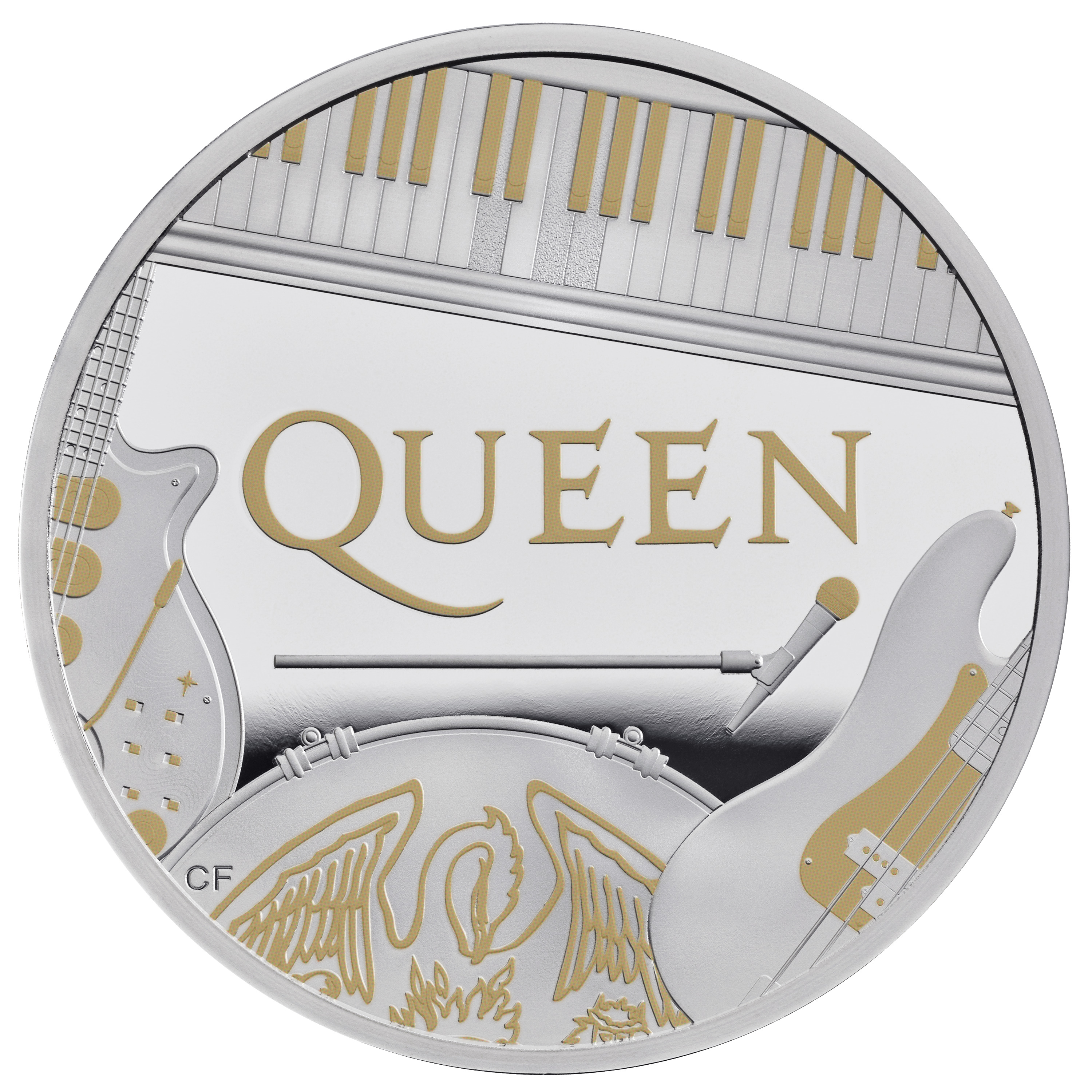 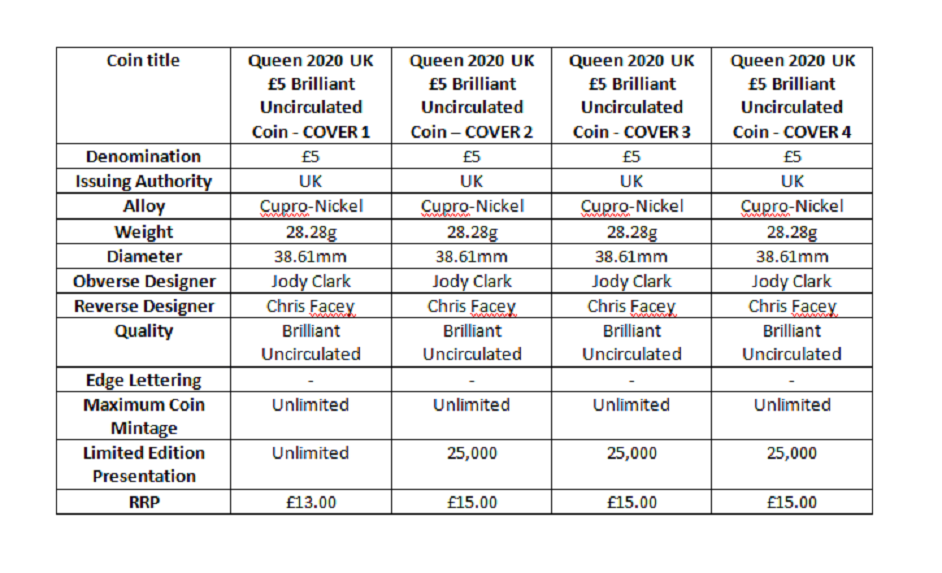