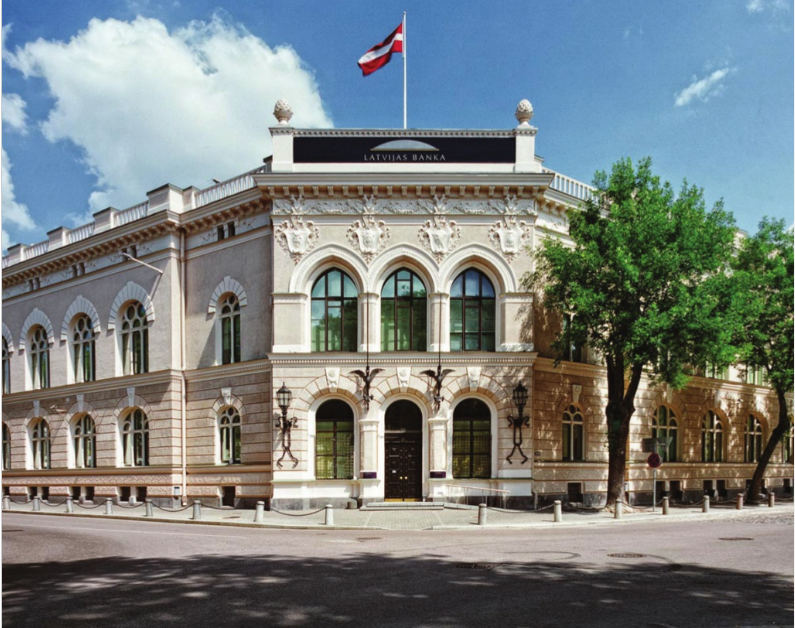 Each year Latvijas Banka participates in the coin competition “Coin Constellation – 2019”. At the end of 2019, the Coin Constellation contest, organised by Water Mark Publishing House (Russia), was held for the 13th consecutive year. 33 participants representing 22 countries took part in the contest and several nominations were made for the coins issued in 2018: more than 220 collector and circulation coins in total.

Coins of Latvijas Banka have been awarded prizes in five of the nine categories:

• 2 euro commemorative coin with common design “100th Anniversary of the Baltic States”: third place in the category “The best circulation coin”. Graphic design: Justas Petrulis (Lithuania) and Luc Luycx.
The design of this coin dedicated to the celebration of the 100th anniversary of the Latvian and Estonian states and the 100th anniversary of the re-establishment of the Lithuanian statehood was chosen from works submitted by various artists from Latvia, Lithuania and Estonia. The coin was issued in Latvia, Lithuania and Estonia (common design, different issuing country).

The coin “Gold Brooches. The Bubble Fibula” has been struck by Münze Österreich Aktiengesellschaft (Austria), but all the other award-winning coins were minted by UAB Lietuvos monetų kalykla (Lithuania).

The winning coins were determined by the International Expert Jury on the basis of coin images and descriptions submitted by the contestants. The jury consists of art experts from different countries, and one coin is selected by public vote.