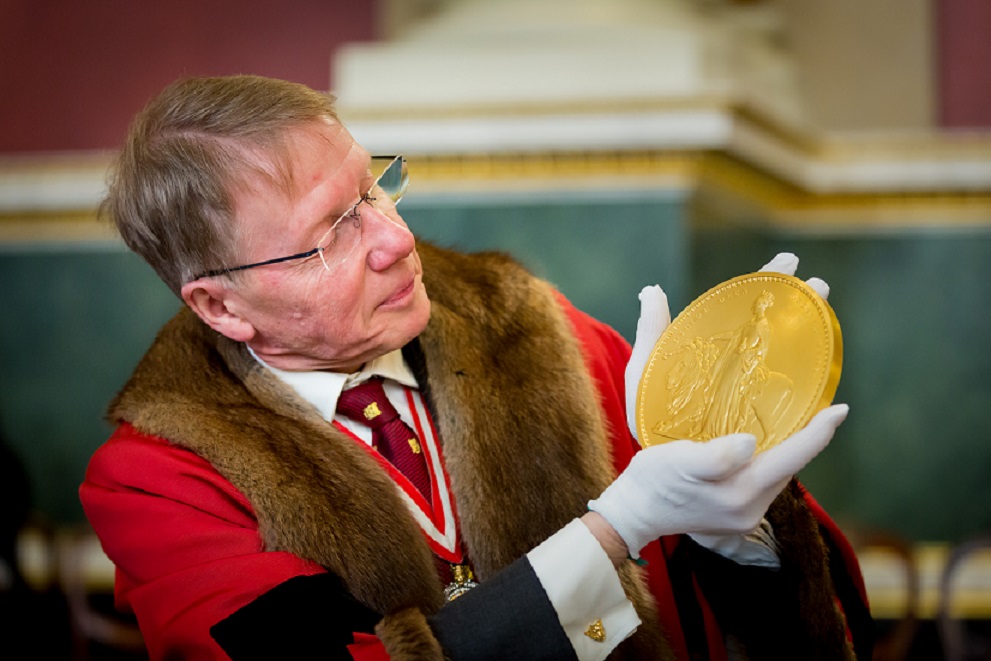 Each year samples of some of the thousands of coins produced by The Royal Mint over the previous year are selected at the Trial of the Pyx, one of Britain’s oldest judicial processes. The Goldsmiths’ Company is responsible for testing these coins and ensuring they are of the correct quality and composition. This year sees a Royal Mint first as the largest coins ever made in the UK will be tested at the Trial – the five kilo and two kilo ‘Una and The Lion’ coins.

Held at Goldsmiths’ Hall, London, since 1871, the first public Trial dates back to 1248. Today, it is presided over by the Queen’s Remembrancer, one of the highest legal representatives in the country. She is assisted by an independent jury made up of members of the Goldsmiths’ Company, which has been responsible for proceedings since 1580. 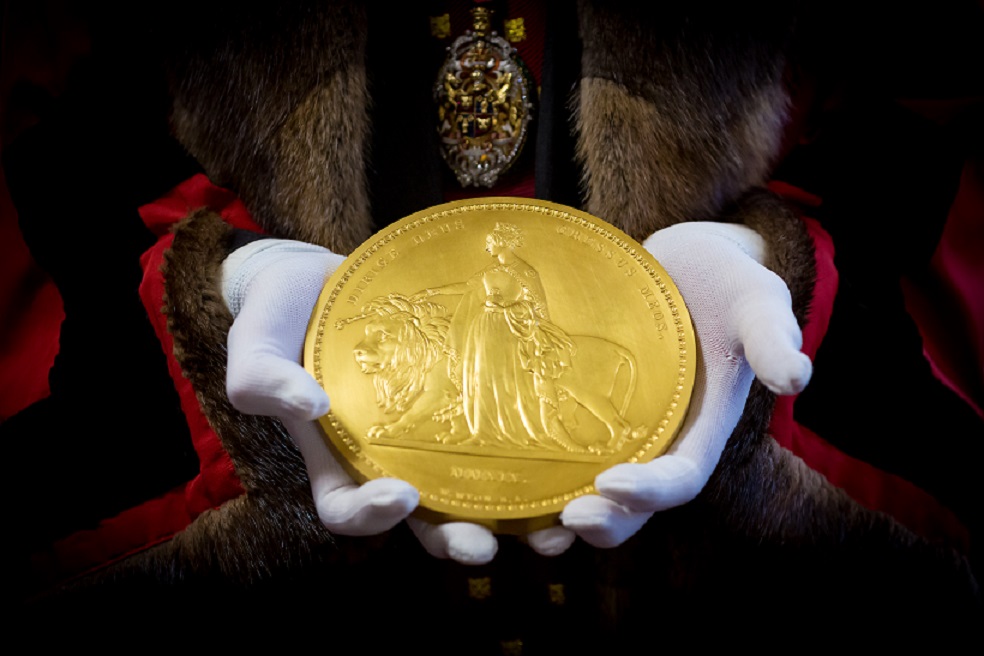 During the ceremony, jury members are required to pick out a selection of coins from Pyx boxes (Pyx being derived from the Latin word for chest). The remainder are placed in wooden bowls and are then weighed for accuracy. The Trial is adjourned until May to allow time for coins to be tested by the Goldsmiths’ Company Assay Office Laboratory and the National Measurement Office.

Graeme Smith, Queen’s Assay Master at The Royal Mint said: ‘Every year coins produced by The Royal Mint go to the Trial of the Pyx, a ceremony which tests and confirms the quality and accuracy of each coin and is something which The Royal Mint prides itself on.

This year sees the two largest coins that The Royal Mint has produced in its history go to the trial – the five kilo and two kilo Una and The Lion. Both of these coins have been remastered from an original die used almost 200 years ago and are part of a new Great Engravers series, celebrating the finest artists who have worked on British coinage.”

Simon Hutchinson, Deputy Clerk at The Goldsmiths’ Company said: ‘The Trial of the Pyx is one of the ways in which the Goldsmiths’ Company contributes towards national life. For over 700 years our members have been actively involved in protecting consumers through the Trial by ensuring the nation’s coinage is of the right quality and composition. For as long as we place value in coins, the Trial will remain relevant in modern life. Our commitment to excellence, integrity and the accuracy of our testing means we are able to hold the Master of the Mint to account and continue our proud heritage of protecting consumers.’

Whilst modern methods such as XRF (X-Ray Fluorescence) are often used in assaying, it is still only the centuries old methods such as cupellation (the fire assaying of gold) that are accurate enough in the testing of metals and therefore remain credible for checking the accuracy of the coins of the realm for the Trial of the Pyx verdict.

Modern legislation does not mention penalties for an adverse verdict by the Pyx jury, yet there have been stiff punishments for failure in the past.   The Master of the Mint (today a role held by the Chancellor of the Exchequer) went to prison for six weeks in 1318 and even Sir Isaac Newton was at loggerheads with the jury during his time as master of the Mint when the integrity of his coin samples was questioned.

While the Trial is steeped in ancient traditions, and attended by officers with some of the oldest job titles in the land (The Master and Deputy Master of the Royal Mint, The Queen’s Assay Master, The Queen’s Remembrancer), the Trial of the Pyx is as relevant today as it has always been, and continues to play an extremely important role, supporting The Royal Mint’s reputation for excellence in production.