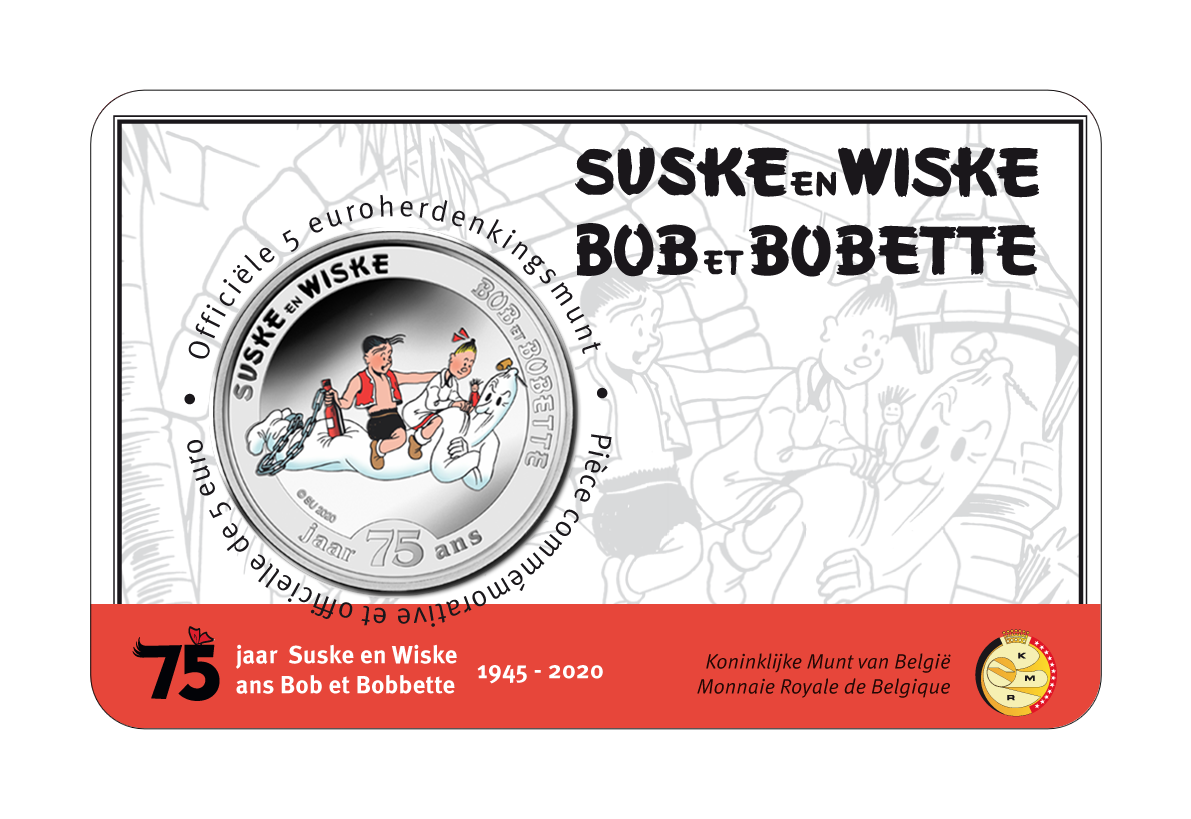 The other coin is dedicated to Luke and Lucy comic.

On 20 April 1920 the opening ceremony of the seventh Olympic Summer Games was held in a brand new stadium in the Antwerp district Kiel. Belgium was assigned the organization because of all the misery the First World War had brought upon them. The Olympic Summer Games of 1920 had 2,626 contestants from 29 countries who practiced 24 different sports. 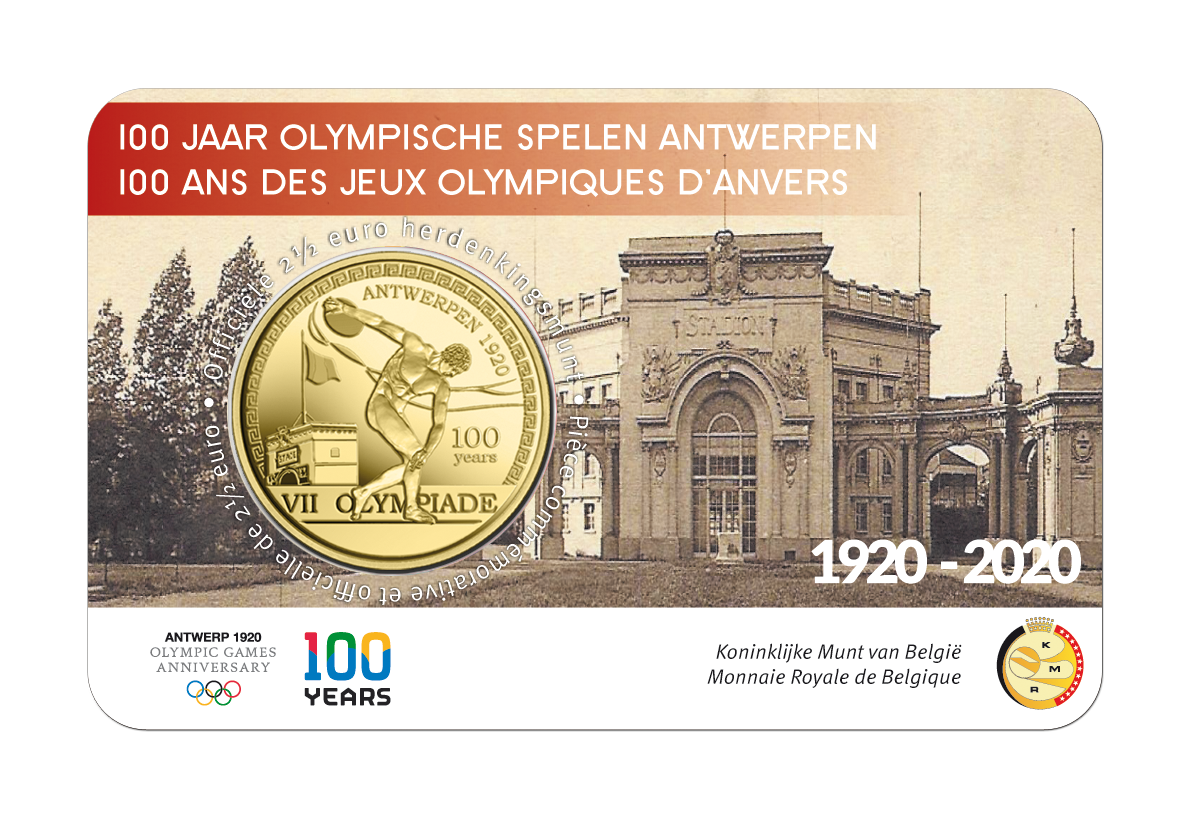 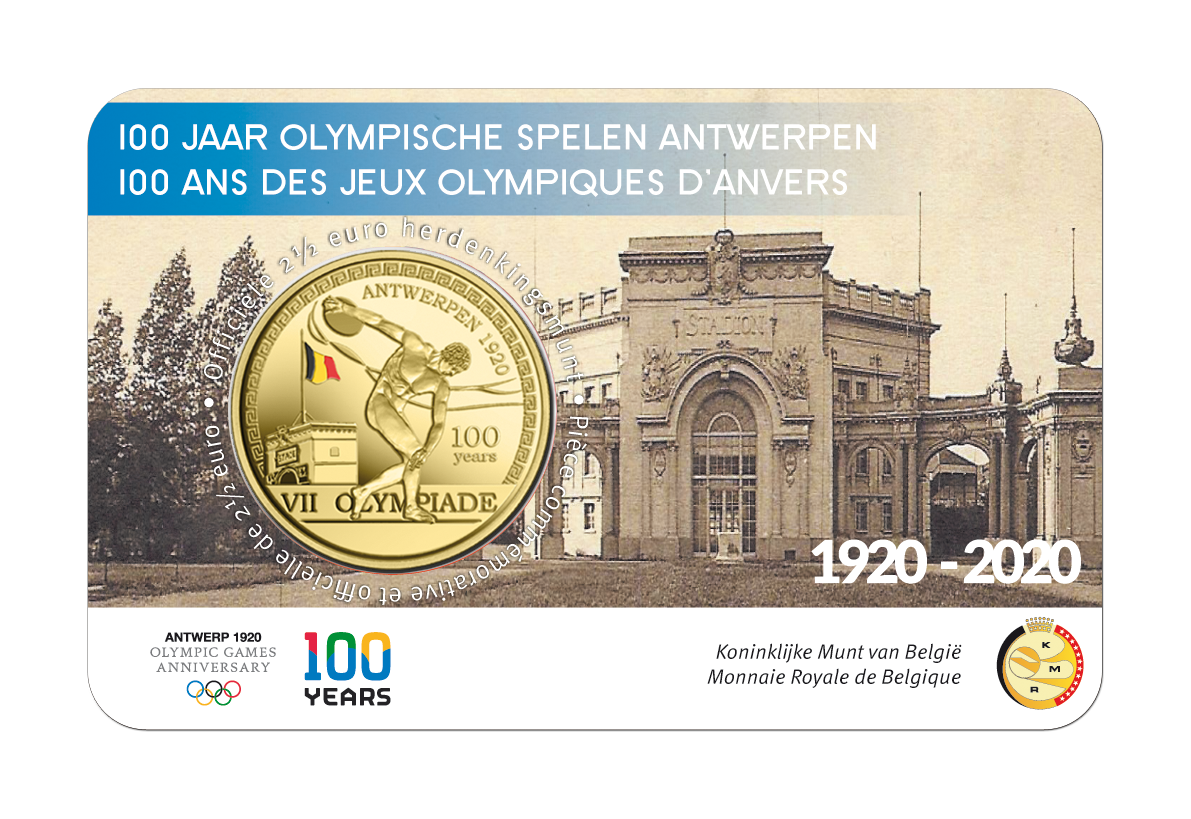 Colored and normal versions of the coin 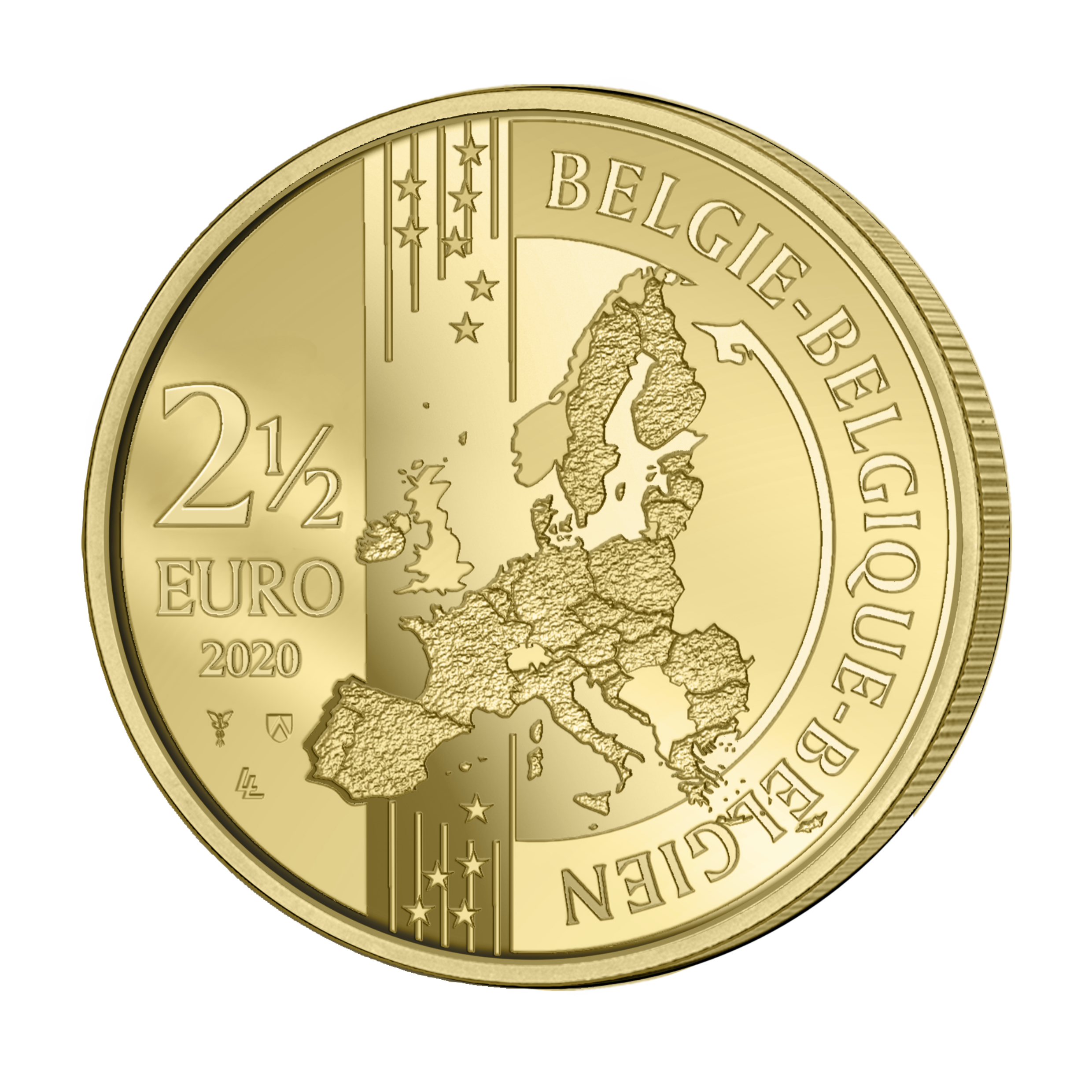 The BU coin is sold in coincard in two different editions.

Luke and Lucy were created by Willy Vandersteen. They first met “Op het Eiland Amoras”, a comic that was first published in a newspaper in 1945 and was shortly thereafter published as a comic book. Ever since that first comic Luke and Lucy, Aunt Sidonia, Lambik (also known as Orville or Ambrose) and Jerom (Wilbur, Jerome, or Jethro in English translations) have embarked on over 350 adventures.

On the obverse their bilingual names and jubilee denotations adorn a well-known drawing of a young Luke and Lucy carried along by the ghost of William Lager.

The coin is issued in two varieties, each covering half of the mintage: a classic coin in relief and a coin that shows the image in the original colors of the first comic. 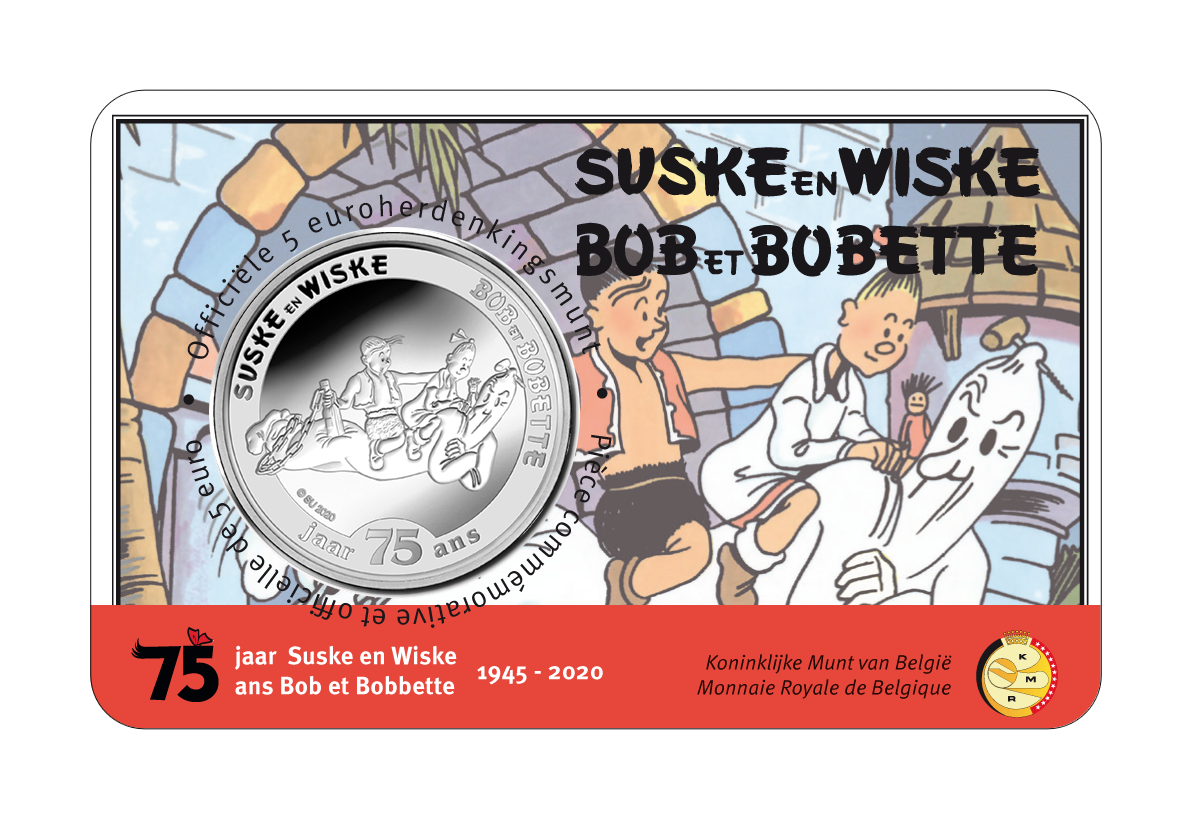 Relief version of the coin

Colored version of the coin