The Principality of Andorra signed a monetary agreement with the European Union on June 30, 2011, in order to join the euro zone. The Principality has the status of an associated state. It is not part of the EU (European Union) but as it is co-managed by France and Spain, two EU member states, it seemed legitimate to the European authorities to closely associate it to EU.

From a practical point of view, French and Spanish euro coins have been used in the Principality since January 1st 2002. In fact, the Peseta or the franc were used indifferently as circulation coins in Andorra before the euro changeover. The adoption of the euro by the two co-managing states could only lead to the “de facto” adoption of the euro in the principality.

The Andorran currency, the diner, was reserved for commemorative issuances for collectors.

The Principality of Andorra only officially adopted the euro in 2014. For a long time, its accession to the euro zone and its adoption of the euro had been delayed by the European Commission, which demanded that Andorra’s legislation to be brought into line with UE law and to be more transparent in financial and fiscal terms.

In 2014, the Commission finally gave the green light for the Principality’s transition to the euro. The first Andorran euros with 2014 yearmark were put into circulation in the Principality on January 1st 2015.

Andorra strikes only a few monetary issues each year. At cruising speed, the principality issues each year at least one annual coin set, containing the eight face values of the current year as well as two €2 commemorative coins, sold separatly of the annual set. In 2014 and 2020, the coin commemorating the accession to the EU and the coin dedicated to the Ibero-American summit were struick in a proof vesrion as well, with a low mintage

In 2014, the first year of circulation, a proof set containing all eight face values was also issued, due to this inaugural mintage for the principality.

In 2018, the principality issued two precious metal coins for collectors, one in gold and one in silver. 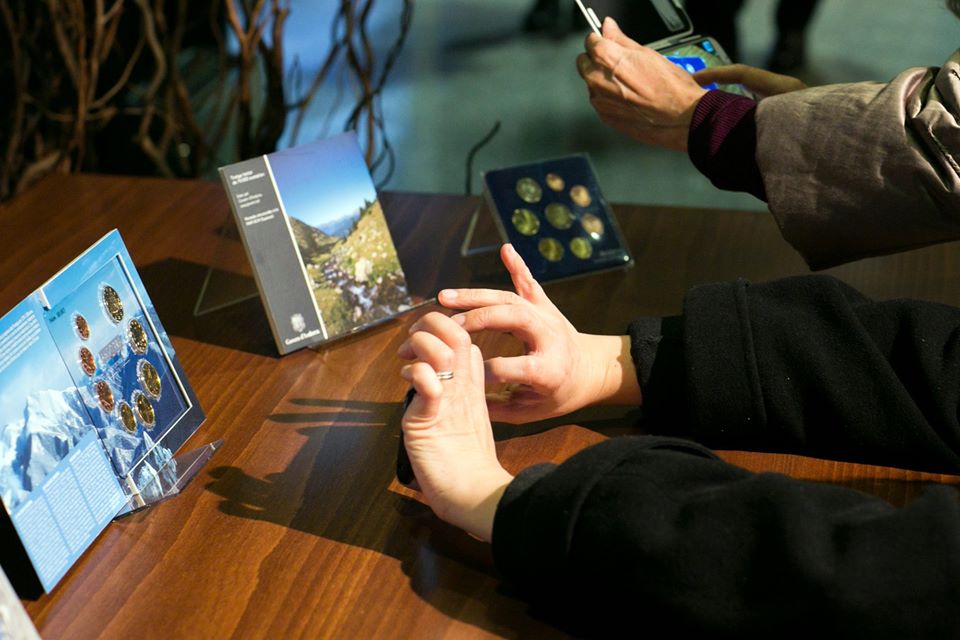 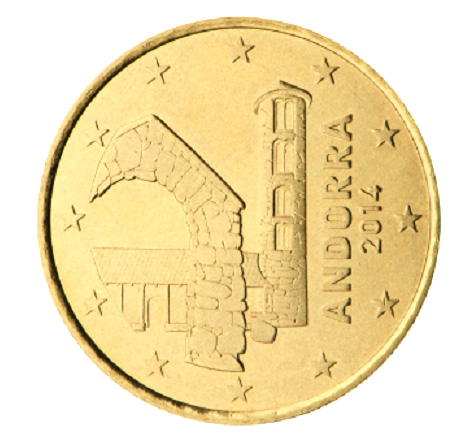 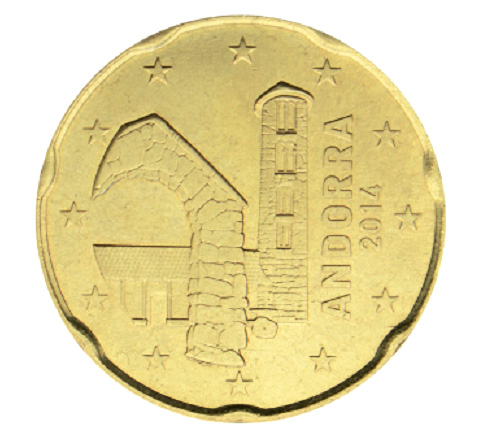 The minting of the Principality’s coins is alternately entrusted to the Spanish Mint (FNMT) and the Paris Mint (MDP), the mints of the two countries co-managing the Principality.

We asked the numismatic department of Andorra about the circulation coins for the years 2014 to 2020. The latter answered us in May 2020.  We notice in particular that the coin of one euro is very rare for the strikes occurred on the years 2017 to 2019.

We give you here estimates of the collection value of the euros initially intended for the circulation by the monetary authorities of the Principality. These values were established following the observation of the prices on the platforms of sale on line and in particular those or only the professionals propose coins to the sale. Indeed, we have assumed that on these platforms the announced quality of the coins is the actual quality of these coins. That is to say that if the professional offers a part in UNC quality, the effective quality of this coin is indeed UNC. This is often not the case with sellers on “all public” internet platforms. 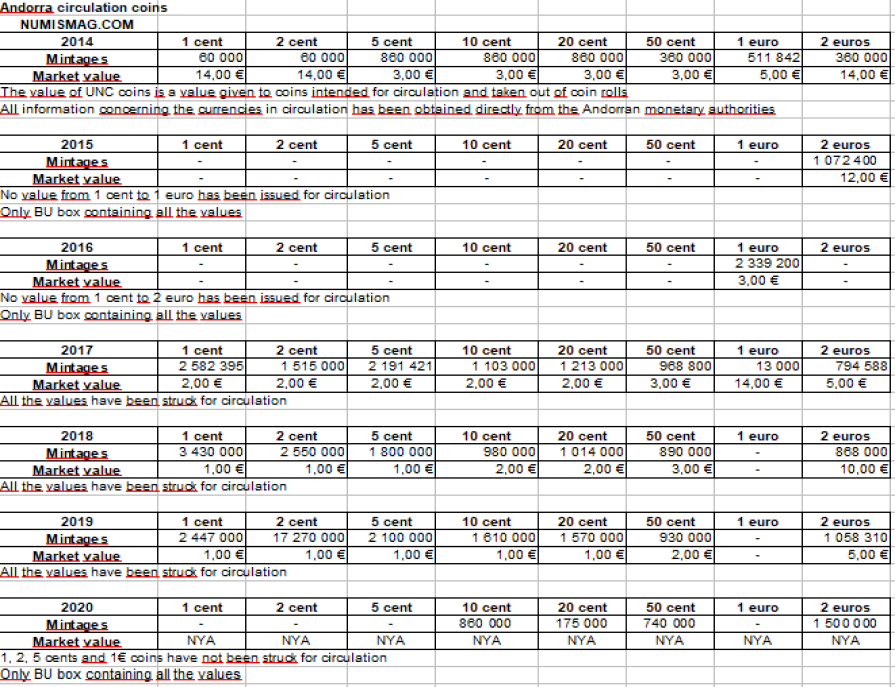 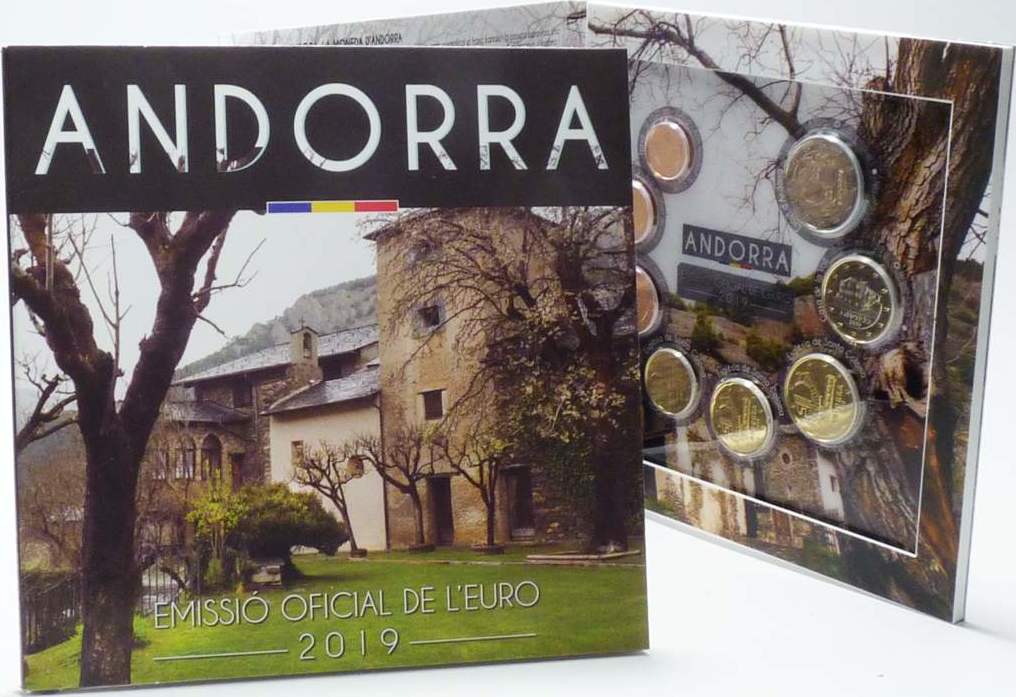 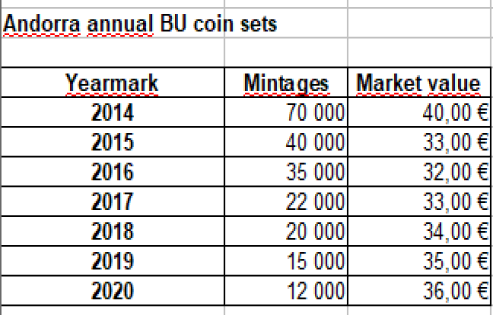 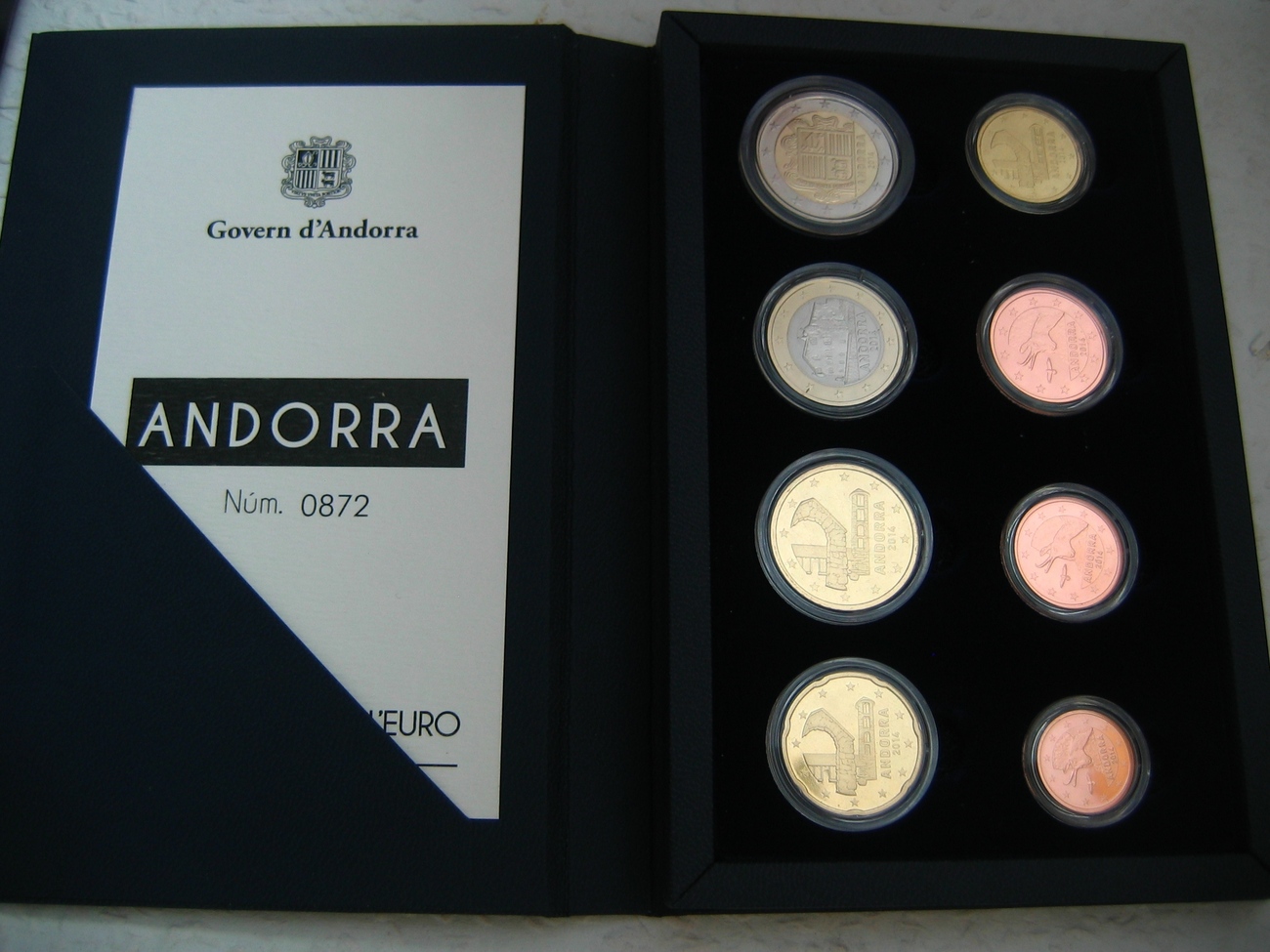 Two commemorative coins were issued in 2018 to commemorate the 25th anniversary of the constitution of the Principality of Andorra. 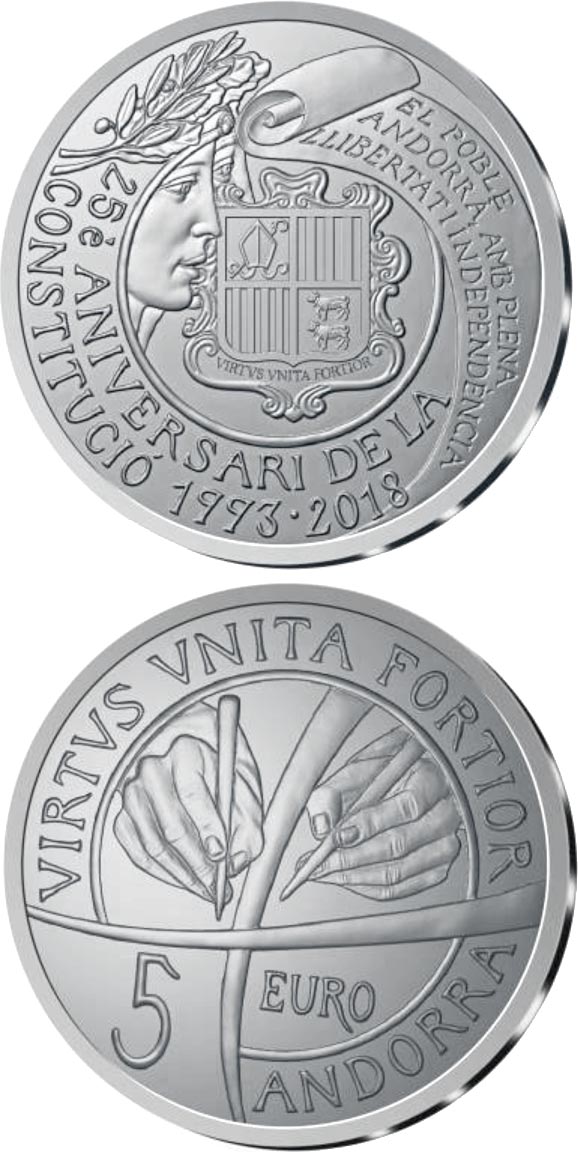 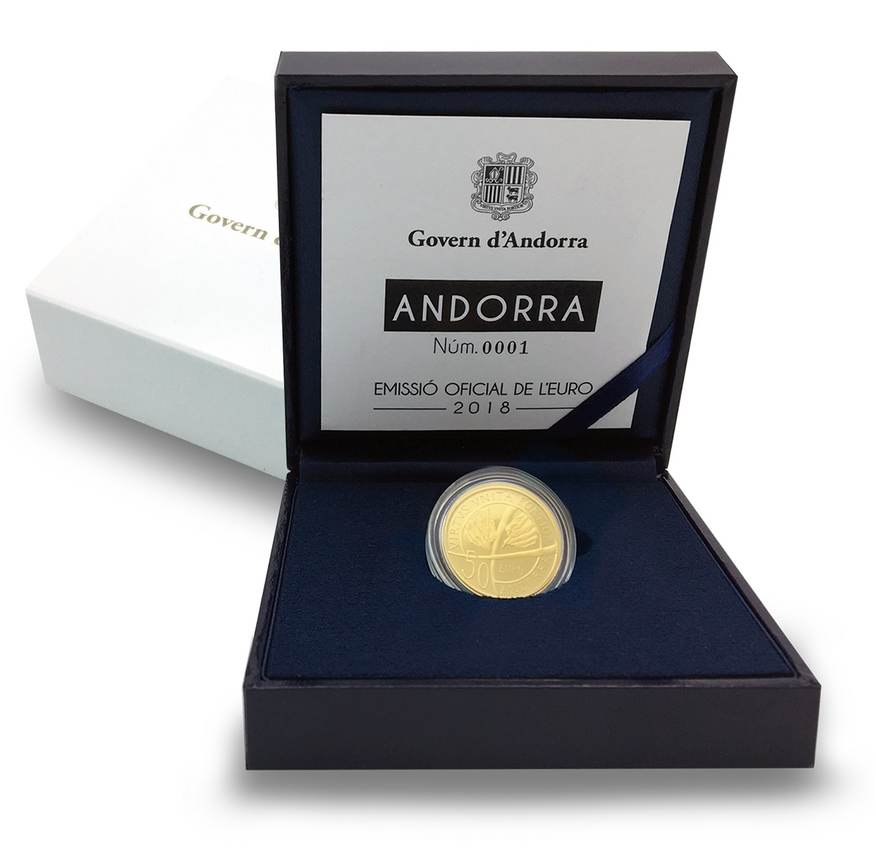 Official presentation of the 2014 commemorative €2

by Jordi CINCA, Minister of Economy 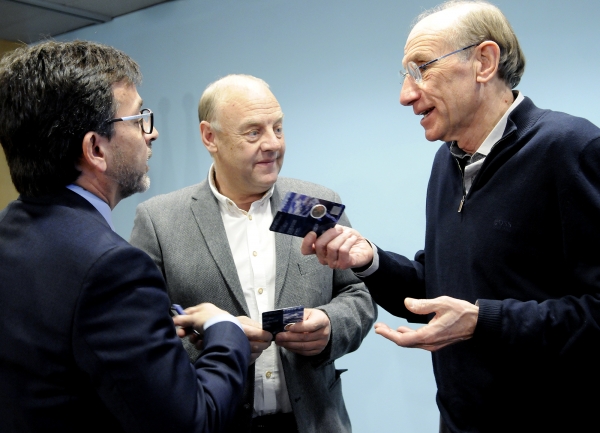