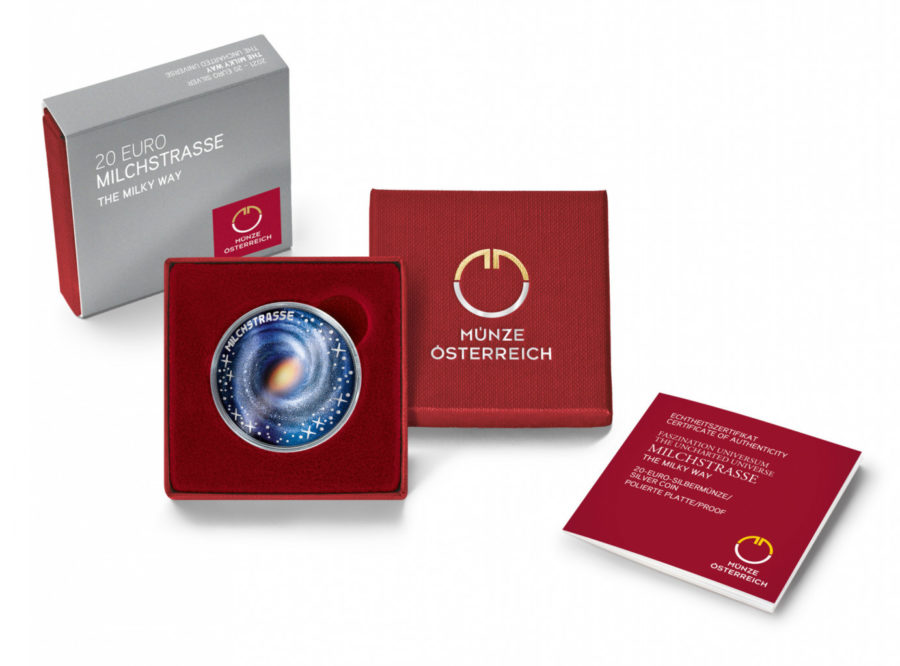 Consisting of three coins, the new austrian coins series will also contain a black holes and even a neutron stars coins, planned to be issued in 2022 and 2023.

The S-shaped first coin in the series, The Milky Way, is curved in a similar way to our home galaxy. The story it tells about the cosmos also features surprising twists and turns.

The ancient Greeks associated the milky band of light that we see when we look into the clear night sky with Heracles, who as a baby sucked on the goddess Hera’s breast so hard that she withdrew it from his mouth, spilling her milk over the sky. The interpretation became more scientific in 1610 when, with the aid of a telescope, Galileo Galilei discovered that the Milky Way actually consists of countless individual stars.

By that time Nicolaus Copernicus had already debunked the long-held belief that the earth, rather than the sun, was the centre of the universe, but Galileo was also to show that the sun was just one of a multitude of stars in the Milky Way. The world view was shaken again in 1920 when Edwin Hubble showed that the Milky Way is just one among many galaxies. Although this made the earth seem increasingly insignificant, the smaller the planet felt, the greater our knowledge of outer space became and the more we began to understand our physical place in the cosmos.

The combination of the convex and the concave surfaces on the coin’s obverse results in an S-shaped silver surface upon which the Milky Way is depicted. The angular dimensions of the galactic coordinate system show the position of the sun in relation to the rest of our galaxy. The position of the Orion Arm, in which our solar system is located, is also marked. So are the positions of the astronomical phenomena Cygnus X-1 and Crab Pulsar, which play a special role on the other two coins in the series. The coin’s reverse features the same image of the spiralled Milky Way, in  a colour-printed form. 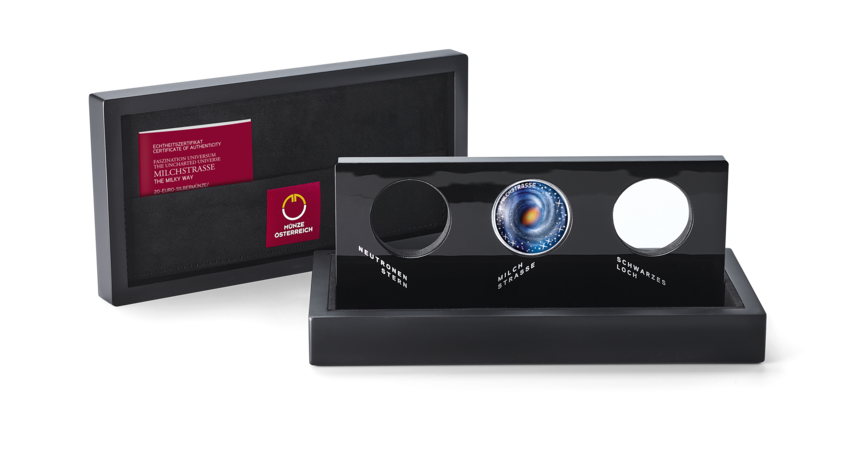 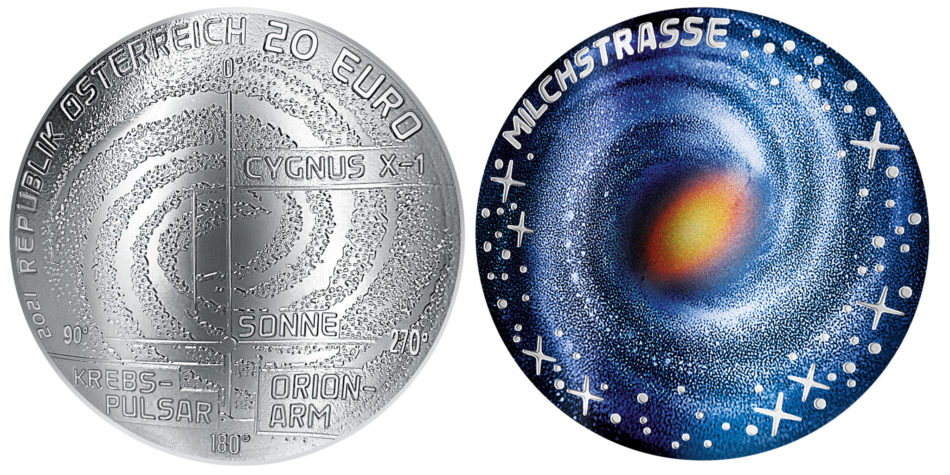