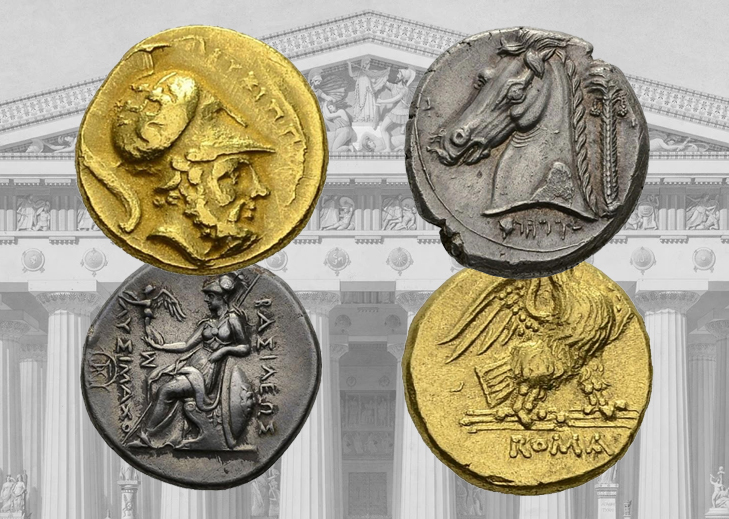 Chaponnière & Firmenich S.A. is pleased to offer for sale the collections of ancient coins of Messrs.  J.M.A.L. and P.J.H.D. Long-time friends and lovers of history, they have been able, through their travels, to sharpen their knowledge of Antiquity. Thanks to rigorous research and great erudition, they have, between them, established a remarkable collection of more than 1,700 Greek, Roman republican, imperial and provincial, Celtic as well as Byzantine coins, patiently acquired between 1970 and 2000.

Both by their volume and by their diversity, these collections are of great interest. They offer the possibility of better understanding the incredible iconographic variety of ancient coinage. They give beginner or seasoned collectors the opportunity to enhance their collections with attractive starting prices. In short, they form a grouping rarely offered in a single sale.

Chaponnière & Firmenich has carefully selected coins which are presented individually or grouped into consistent lots.

You will find of note, a very rare bronze issue of Alexandria for Antinous, favorite of the Emperor Hadrian, as well as a series of bronzes of Magna Graecia and a nice selection of provincial coins of the greatest variety. For example, there are two Stratonicea medallions with the joint busts of Caracalla and Geta that show traces of a damnatio memoriae!

Details of this batch>>

A selection of superb quality bronzes from Magna Graecia 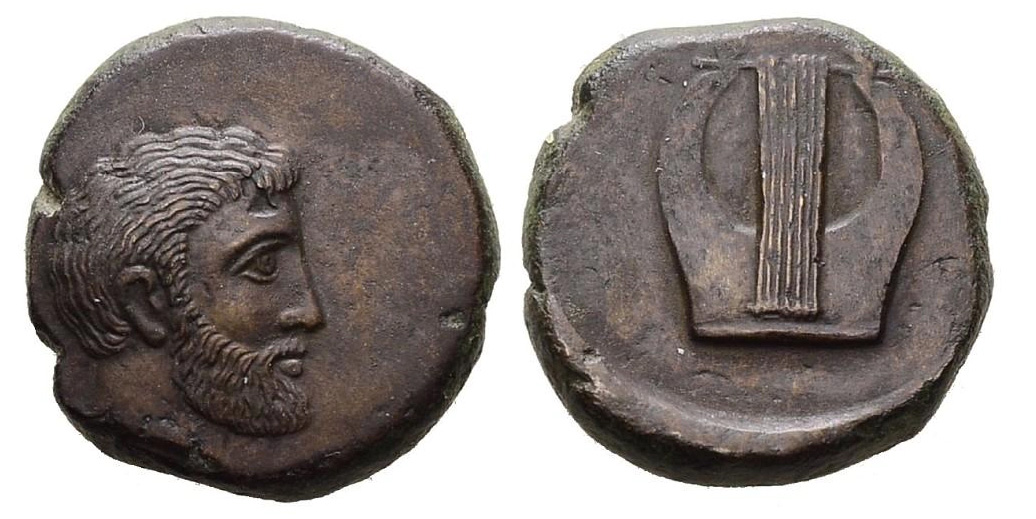 A masterpiece of siculo-punic engraving

A classic statere of Philip II of Macedonia, with a pedigree of 110 years 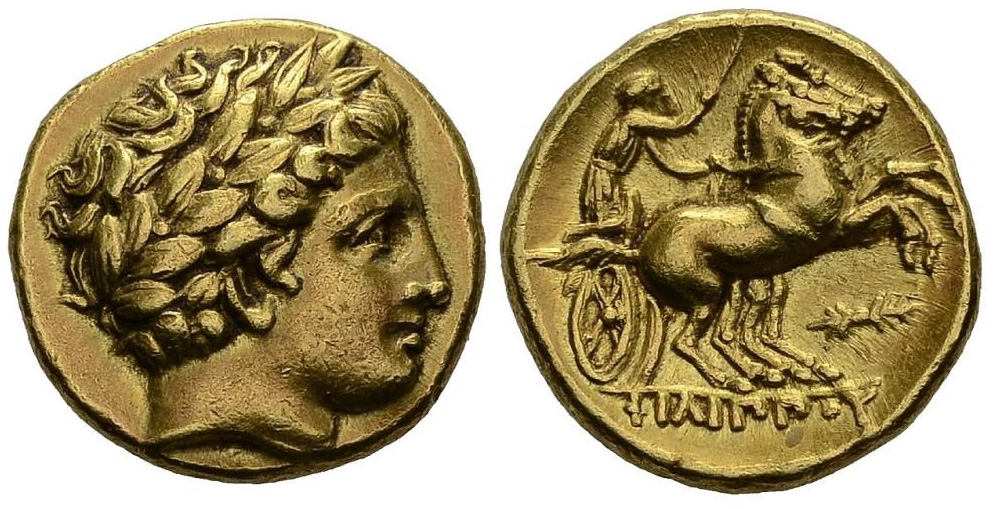 The cult of Artemis in Ephesus 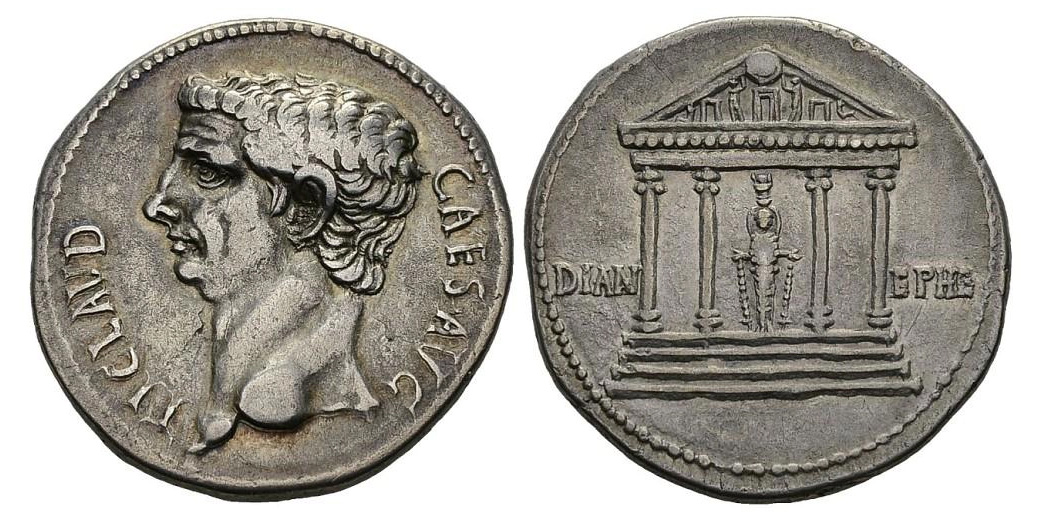 RPC 2222. AR. 10.74 g. VF-XFFrom the J. M. A. L. collection formed between 1970 and 2000; Ex. Münzen und Medallien AG Basel list 500, June 1987, lot 34.Located on a very ancient place of worship in Artemis, the temple of Ephesus or Artemision was one of the Seven Wonders of the World. Its construction was financed by the famous king of Lydia, Croesus. Its dimensions were colossal, about 138 m long and 72 m wide. It was also the first banking establishment in the ancient world. The Temple in sight of its importance attracted a large number of pilgrims and donations were made by various kings and neighboring cities. Although destroyed in 356 BC by arson, started by a poor fellow named Erostratus (his ambition being to leave his name to posterity), the temple was rebuilt identically by various cities who benefited from its function as a bank in the time of Alexander the Great. The depiction of this temple on the Cistophores gives a perspective to the size and magnificence of this masterpiece of ancient architecture. 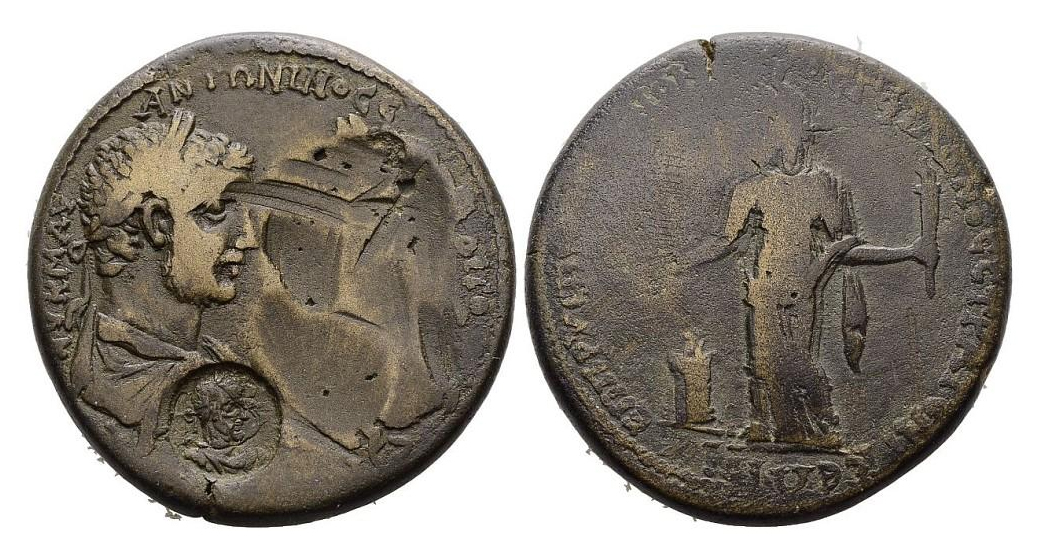 Obv. Confronted busts of Caracalla right and [Geta] left, both laureate, draped, and cuirassed; countermark: helmeted laureate head of Caracalla within incuse circle. Rev. Hekate standing left, holding patera over altar and torch. SNG von Aulock -. BR. 31.60 g. F+ tooledFrom the J. M. A. L. collection formed between 1970 and 2000.The portrait of Geta has been erased as Damnatio memoriae after he was murdered in 212 by his brother, Caracalla. Countermark of bust of Carcalla. 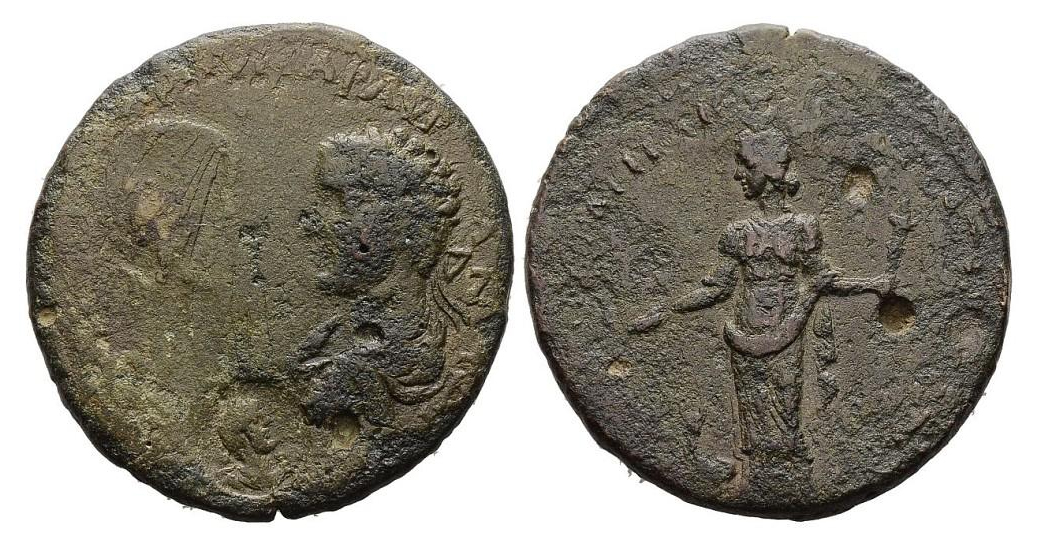 Obv. Confronted busts of Caracalla right, laureate, draped and cuirassed, and [Geta] left, bareheaded, draped, and cuirassed; countermarks: laureate and draped bust right within incuse oval. Rev. Hekate standing left, holding patera and torch; to left, hound standing left. SNG von Aulock 2692. BR. 21.10 g. VG tooled, corrodedFrom the J. M. A. L. collection formed between 1970 and 2000.The portrait of Geta has been erased as Damnatio memoriae after he was murdered in 212 by his brother, Caracalla. Countermark of bust of Carcalla. 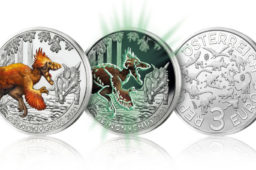 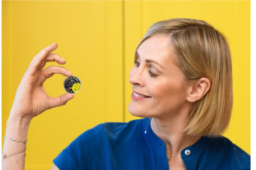 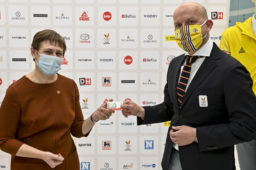