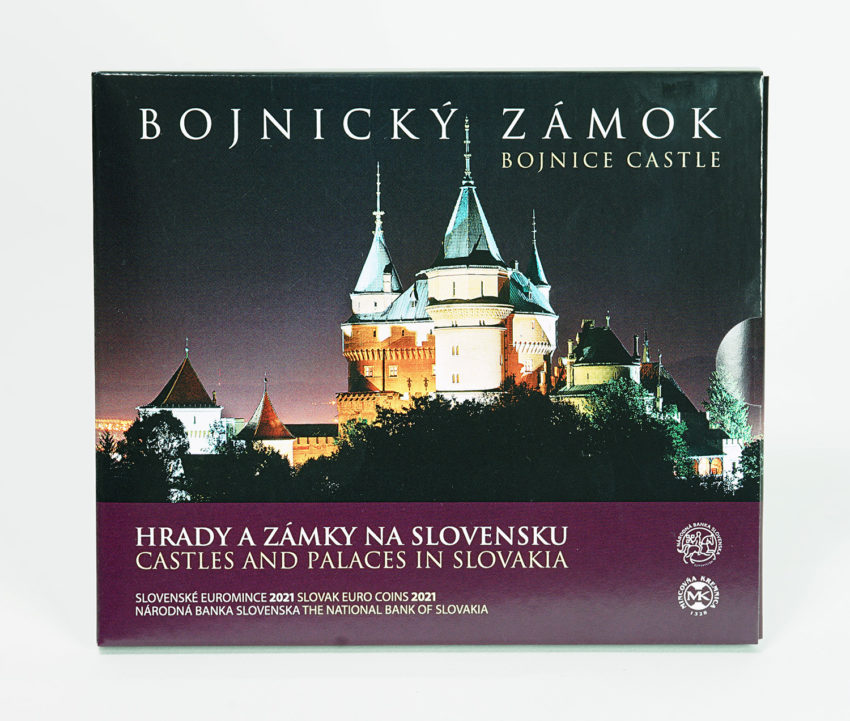 The Slovak Mint announces two of the last numismatic issues of the year 2021 and already announces the 2022 issues by opening its pre-order module for two coins bearing this yearmark.
A BU set will be issued as part of the series “Castles of Slovakia”. It is dedicated to Bojnice Castle, one of the oldest and most important monuments in Slovakia.
It is issued in the amount of 3,000 sets. It contains the 8 coins of the 2021 divisional series and a medal.

Its history begins in 1113. Bojnice Castle is one of the oldest and most important monuments in Slovakia. It stands on a travertine hill above the town. The first written record of the castle’s existence dates back to 1113 in a document of the Zobor Abbey.
It was originally a wooden castle. It was gradually built of stone and was owned by the Poznan family from the 13th century.
At the end of the 13th century, the Ugrian lord Matus Cak Trenciansky took over Bojnice; the castle then belonged to the following aristocratic families in the 14th and 15th centuries: the Gileths, the Leustachs and the Noffrys. In 1489, King Matej Korvin gave the Bojnice estate to his illegitimate son Jan Korvin. After the death of King Matej, the castle was seized by Zapolsky’s troops, who inhabited it until 1526.
In 1527, King Ferdinand I transformed the original Gothic castle into a Renaissance style castle. In 1636, the castle was returned to the crown. A year later, in 1637, Emperor Ferdinand III gave the Bojnice estate to Pavol Palfi. The addition of new buildings stopped at the end of the 17th century. During the 18th or the first half of the 19th century, the castle did not undergo any significant changes.  The last Count Palfi decided in 1852 to transform the castle into a romantic castle. He took the French Gothic castles of the Loire Valley, the papal palace in Avignon and the Gothic castles of the Tyrol as models. 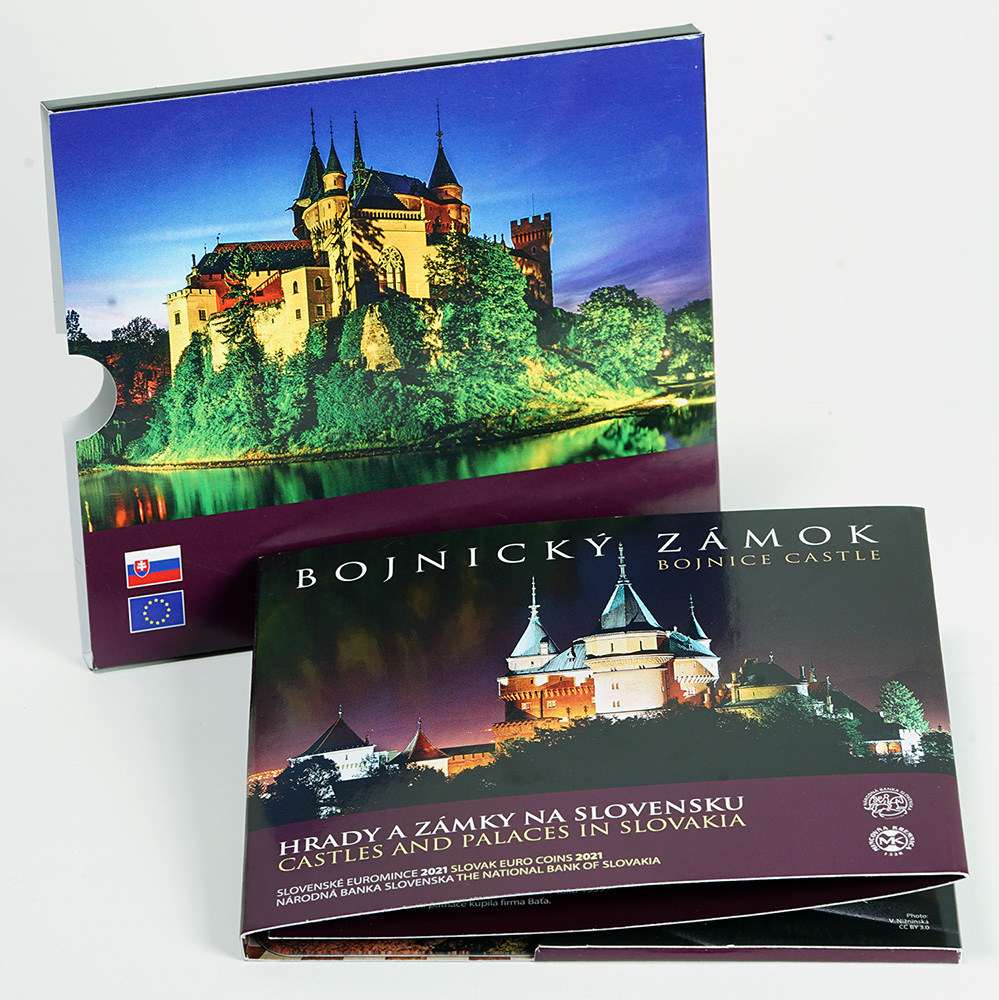 Palfi himself designed, projected and controlled the entire work. This last neo-gothic reconstruction lasted 22 years (from 1889 to 1910). Count Palfi did not see the castle once it was rebuilt. He died in Vienna on June 2, 1908, unmarried. In 1923, an amicable agreement was reached between Count Palfi’s heirs (distant relatives) and Czechoslovakia, which specified the collections not for auction. Auctions of Count Palfi’s art collections took place from 1924 to 1926. In 1939, the castle and its estate were purchased by the Bata company.

After the Second World War, the Bojnice estate fell into the hands of the state under the Benes Decrees. Since 1950, Bojnice Castle has been part of the Slovak National Museum. 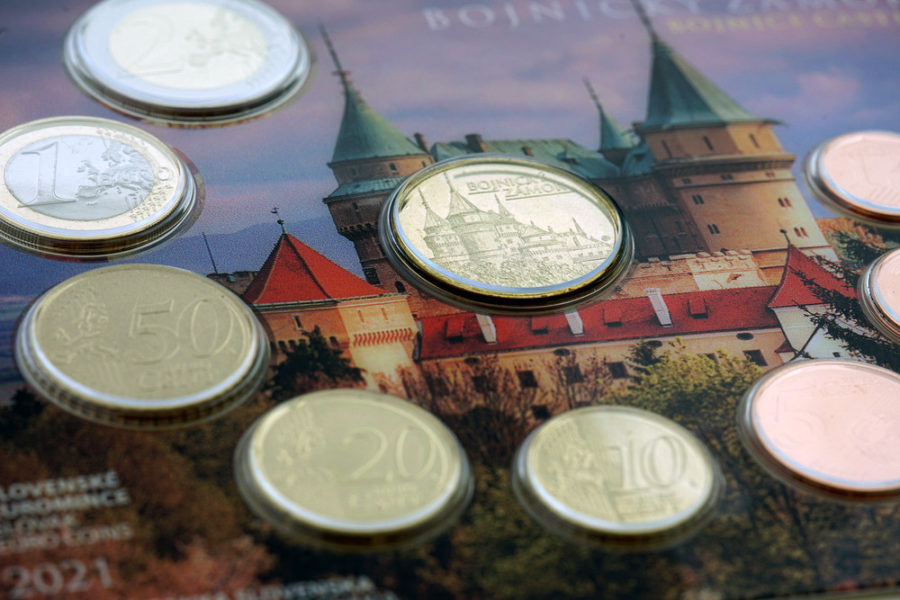 €5 “Dragon” Wolf from SLOVAKIA
The €5 coin dedicated to the Slovak “dragon” wolf is part of a new series of collector coins in ordinary metals, on the theme of fauna and flora in Slovakia. 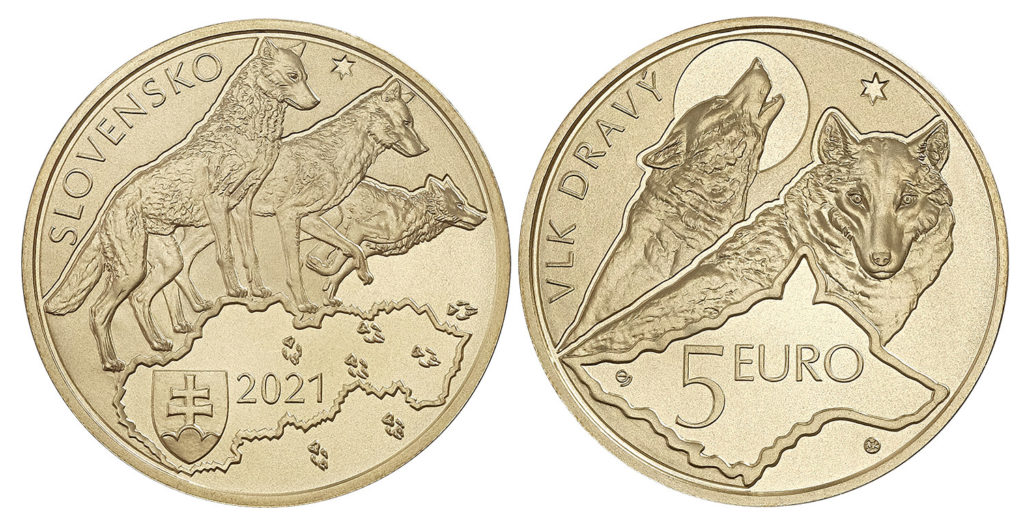 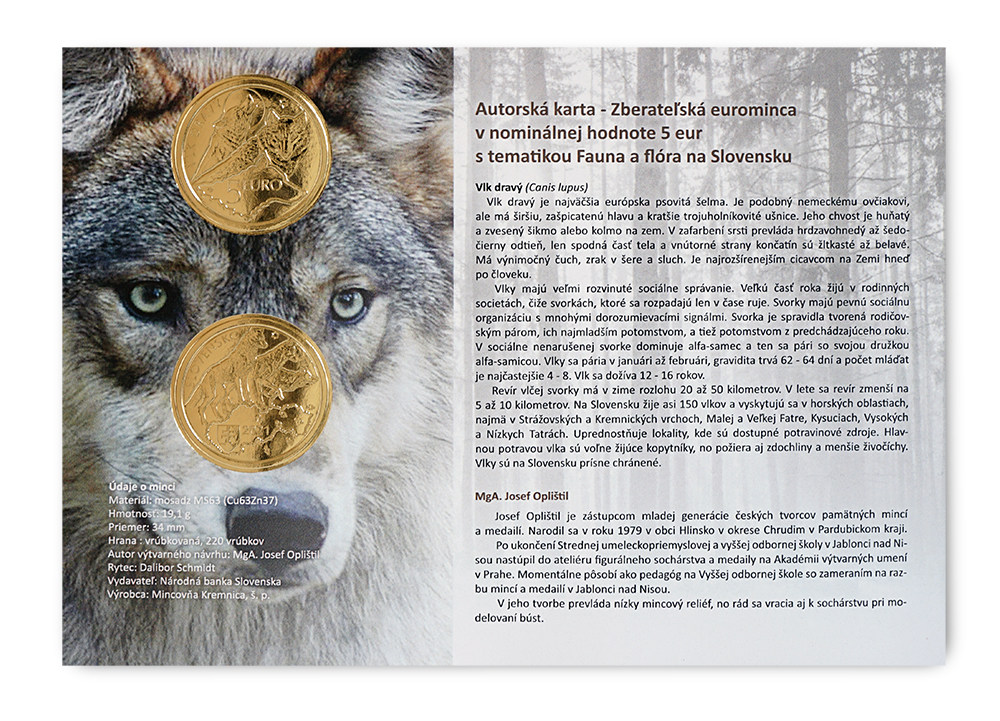 The Slovak Mint has opened pre-orders for two coins of the 2022 numismatic progam: