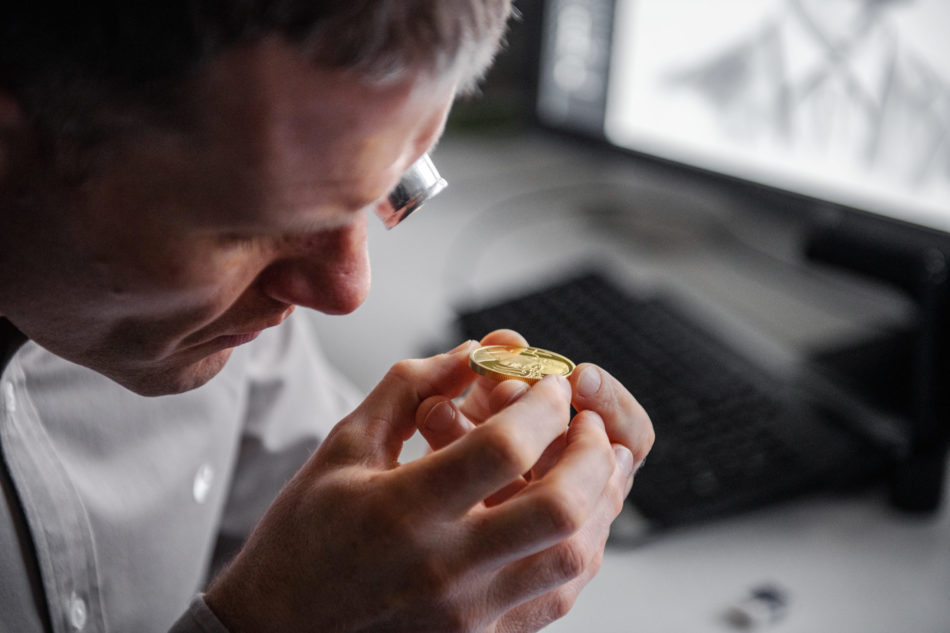 The Royal Mint is celebrating The Duke of Cambridge’s 40th birthday with a commemorative £5 coin, featuring a portrait of His Royal Highness. The £5 coin has been unveiled ahead of The Duke’s milestone celebration next month, with a regal design which pays homage to the senior member of the Royal family, and second in line to the throne.

Designed by Thomas T. Docherty, designer and engraver at The Royal Mint, the coin features Prince William’s portrait, depicted at a three-quarter angle to present a dynamic quality, and set amid his Royal Cypher and the number ‘40’ to reflect the stature and maturity of the future King. 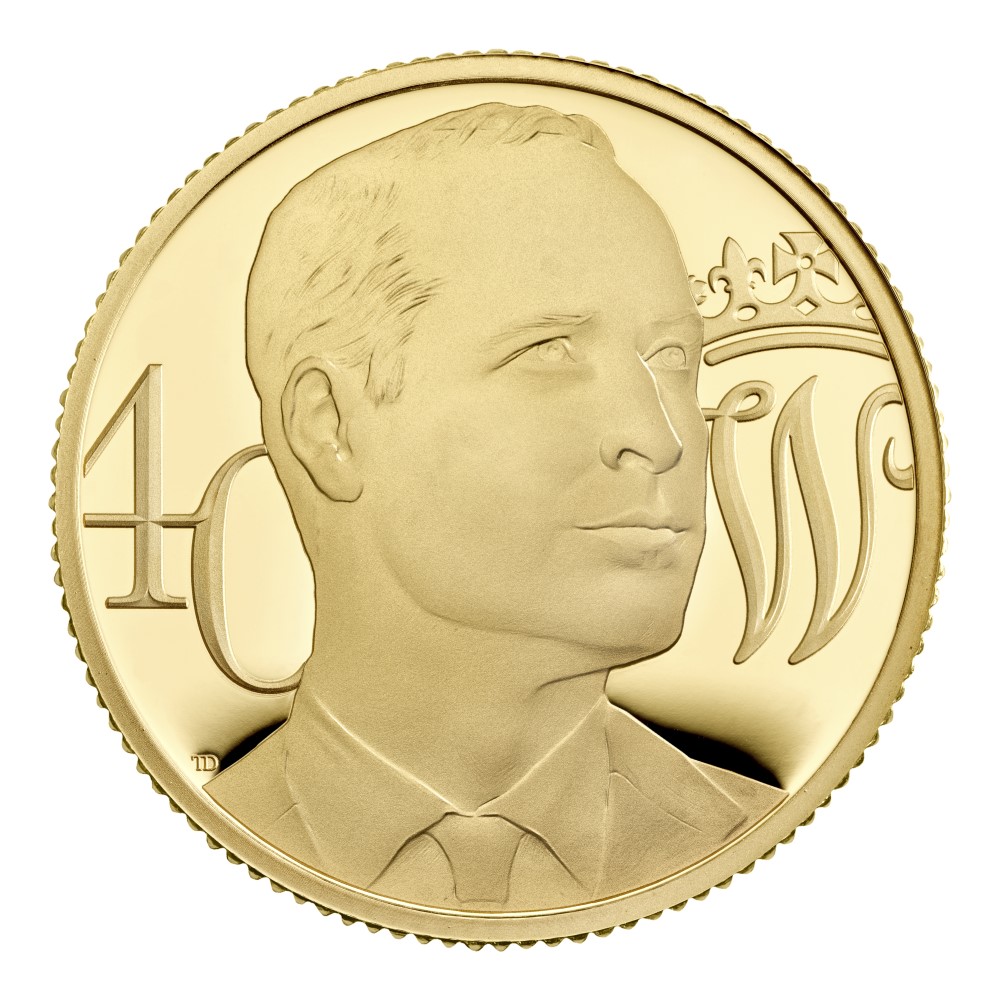 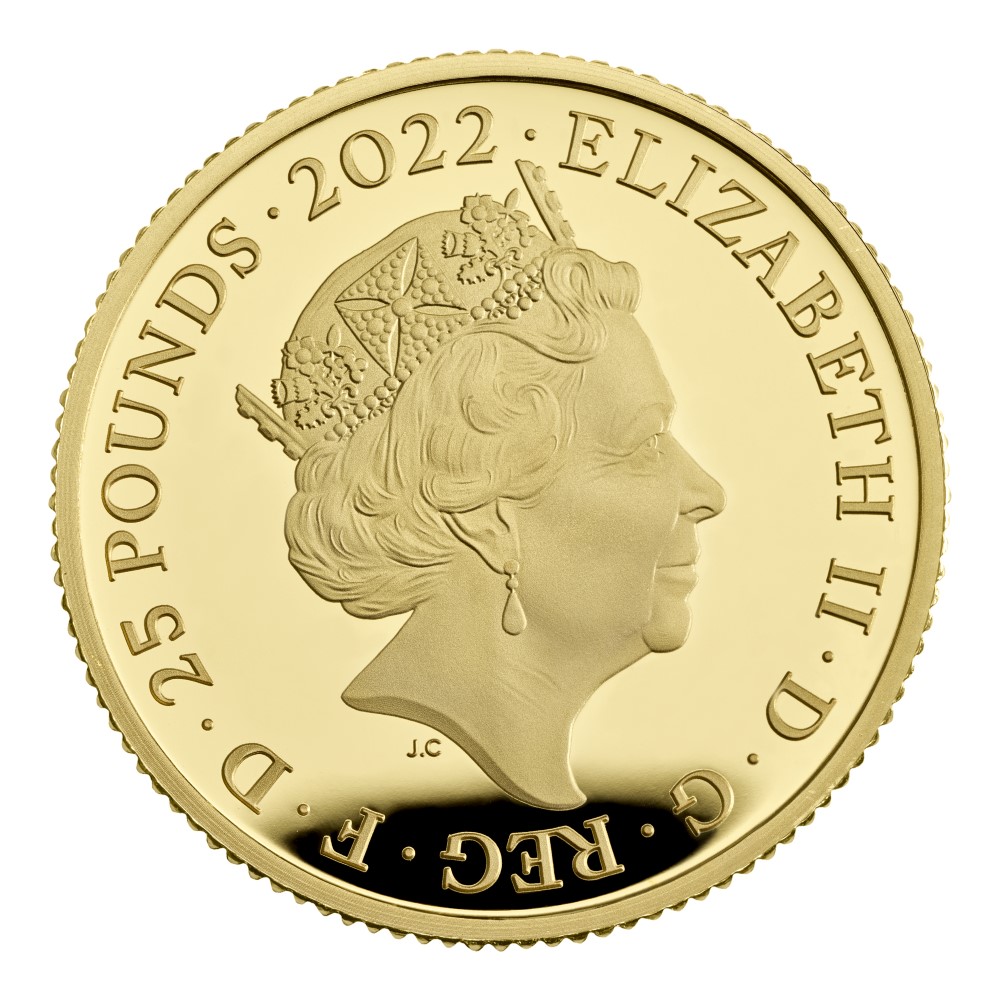 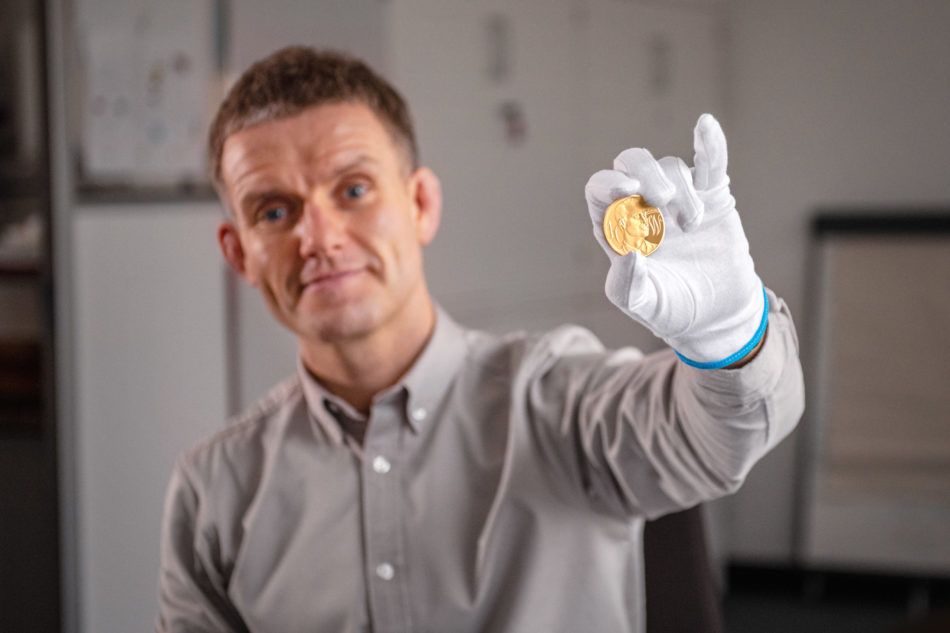 Available in a range of base and precious metals finishes, the commemorative design has been struck on the opposite side of his grandmother’s effigy, the fifth definitive portrait of Her Majesty The Queen by Jody Clark. On the £5 coin struck in silver and gold, the edge inscription: ‘HRH THE DUKE OF CAMBRIDGE’ complements the theme with an original numismatic feature.

The new range also includes a limited-edition two-coin set featuring a quarter ounce gold celebration coin and a 1982 Sovereign, marking the year the Prince was born. The collection will also include a limited-edition coin made of 5oz of fine gold and minted to the highest quality to mark the special occasion. Combining traditional craftsmanship and innovative laser technology, the high relief finish gives the portrait an enhanced three-dimensional appearance. 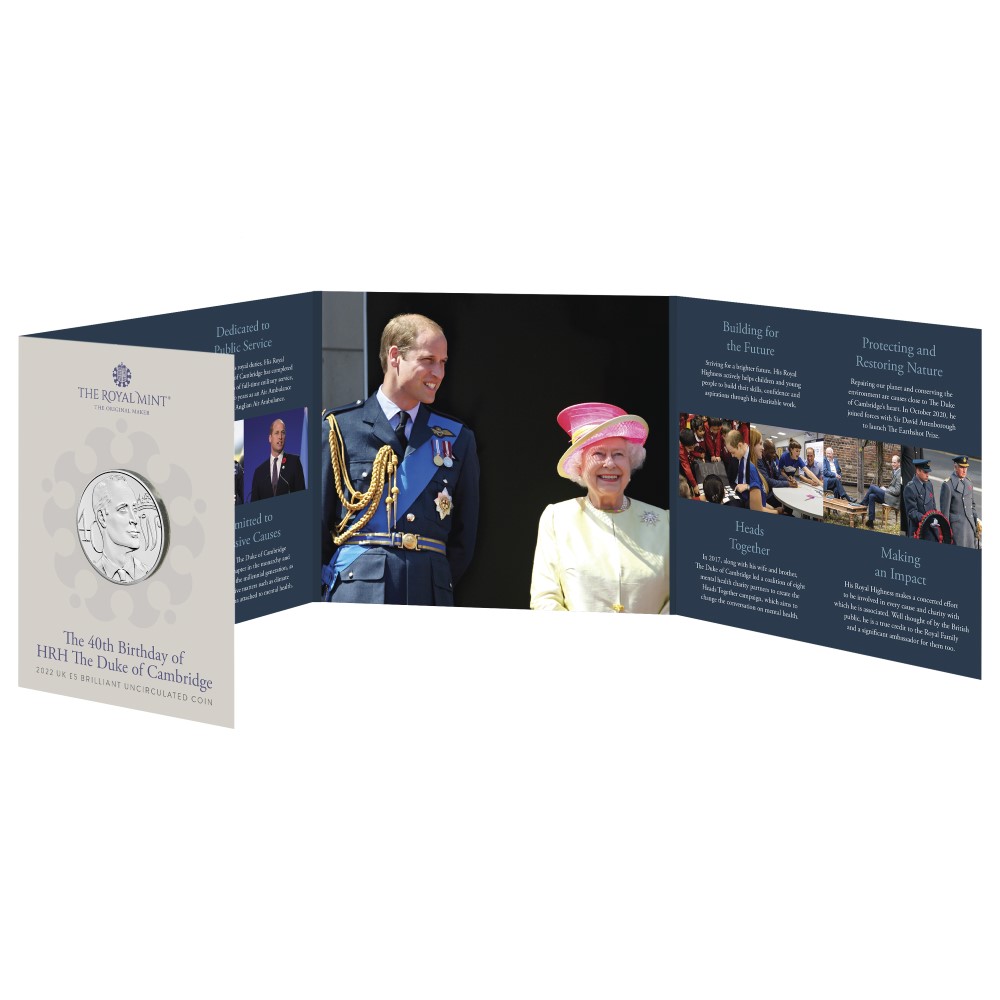 Speaking of the design, Royal Mint designer Thomas T. Docherty said: “The design strikes a balance between the fresh energy of His Royal Highness being a young dad with the ceremonial nature of his Royal position. A three-quarter angle of the portrait creates a more dynamic portrait rather than a traditional side-on profile. I used certain clay sculpting techniques on a digital platform to achieve the style needed for the design, to translate effectively from two to three dimensions. Using technology, we can now produce designs and sculptures with better efficiency compared to when I began my career 17 years ago. There’s a high level of skills and craftsmanship needed to sculpt designs – the tools are different but the principles remain the same.”

Thomas added: “Even though our lives are a million miles apart, I understand how it feels to have just turned 40 and to have a young family of my own, so I wanted to ensure I captured His Royal Highness accurately at this stage in his life. I am incredibly proud to have designed and sculpted this coin, it will forever stand as a major achievement and highlight in my career.”

The project has been a labour of love for the 40-year-old father-of-two from Glasgow who moved to South Wales to study at Cardiff Metropolitan University twenty years ago. The experienced coin designer joined The Royal Mint in 2005 and his works include the 2008 £2 coin commemorating the centenary of the 1908 London Olympics, the Remembrance Day 2016 Alderney £5 coin and the 2018 Bicentenery of Mary Shelly’s Frankenstein £2 coin. 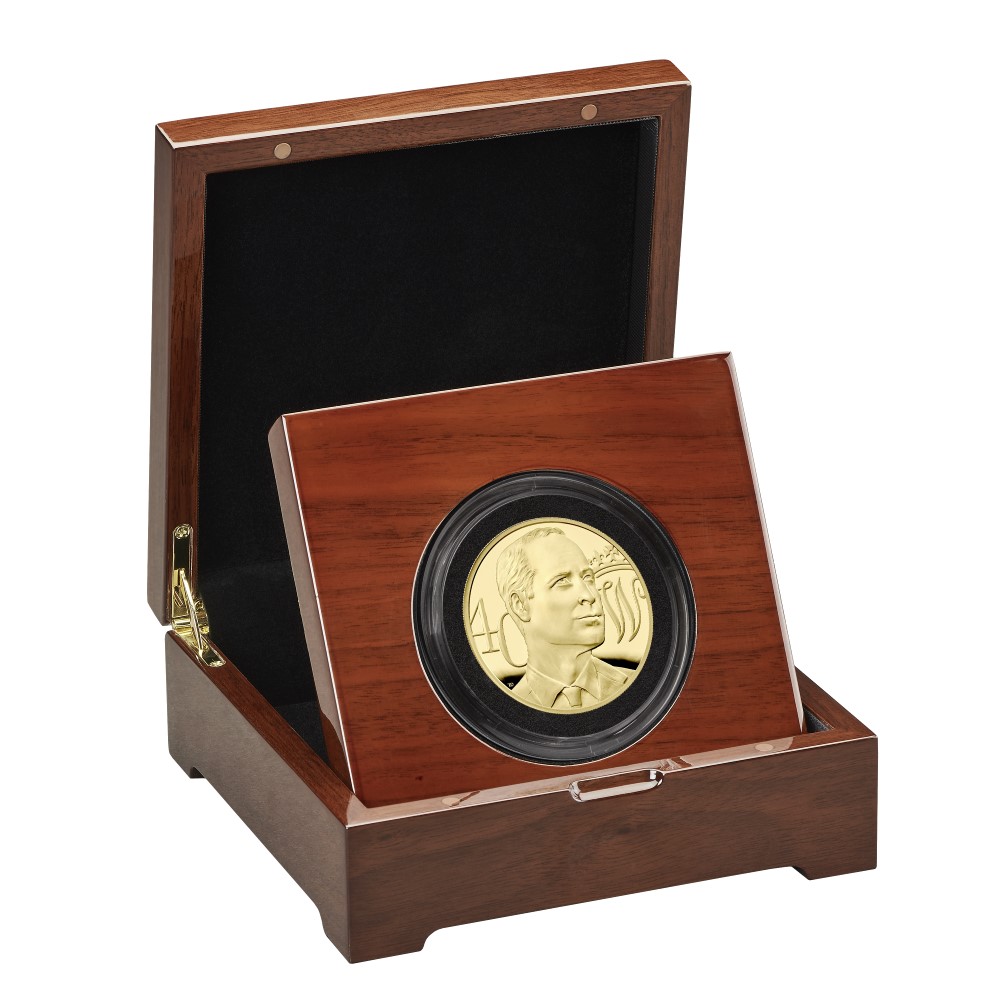