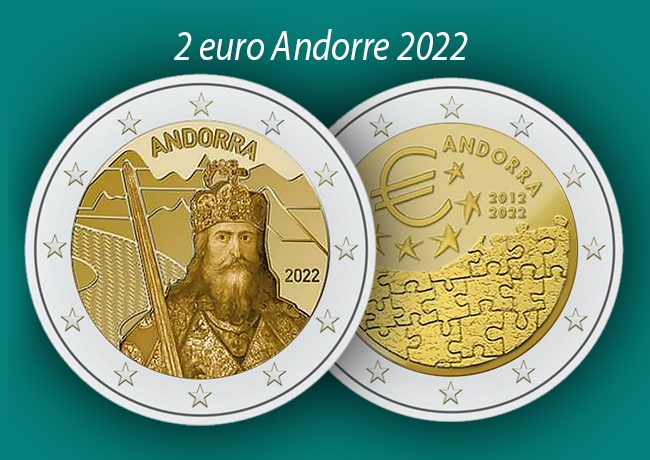 The Minister of Finance and Spokesman Eric Jover presented on Wednesday a new issue of commemorative and collector coins. These are two commemorative coins of two euros. The first one refers to the 10 years since the entry into force of the monetary agreement between Andorra and the European Union with a mintage of 70,000 coins. The other €2 coin is dedicated to Emperor Charlemagne and will have a mintage of 70,000 coins.

Charlemagne, from the Latin “Carolus Magnus”, or Charles I called “the Great”, born probably during the year 742, or even 747 or 748, died on January 28, 814 in Aachen, is  king of the Franks and then emperor. He belongs to the Carolingian dynasty. Son of Pepin the Short and Bertrade of Laon, he was king of the Franks from 768, became by conquest king of the Lombards in 774 and was crowned emperor in Rome by Pope Leo III on December 24 or 25, 800, raising a dignity that had disappeared in the West since the deposition, three centuries earlier, of Romulus Augustus in 476. 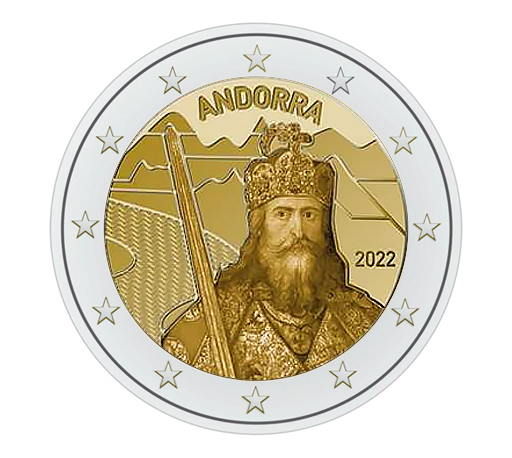 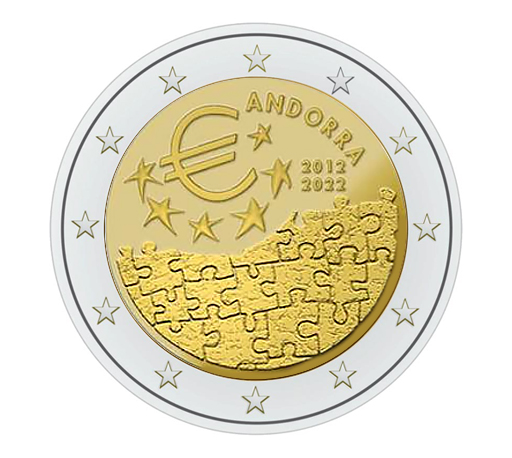