The Central Bank of Lithuania emitted two coins with €1,5 and €10 face value. The reverse of these parts is dedicated to  Žemaitukas pony or “small Samogitian”. It is a Lithuania native race. Its origin remains dubious, but it is related to an indigenous group of race horses resulting from crossing of  horse of the forests and Konik, a Polish race, both probable descendants of Tarpans. This race has been well-known for the 6th and 7th centuries. Its seniority confers an important emotional and financial asset to him in Lithuania. These horses were used as military horses during baltic crusades. These two coins are also devoted to the lituanian pedigree dogs. The drawing of this side is the work of Rūta Ničajienė.

With the obverse stand knight VITIS, allegorical figure of the Lithuanian euro numismatic. It is the work of the engraver Giedrius Paulauskis. 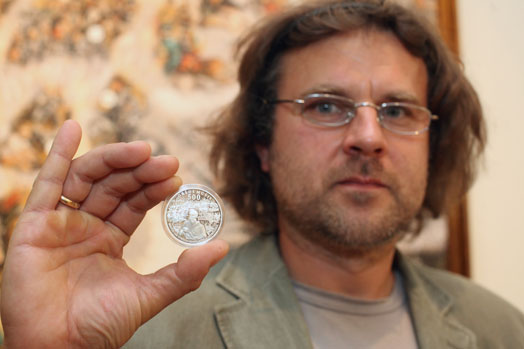