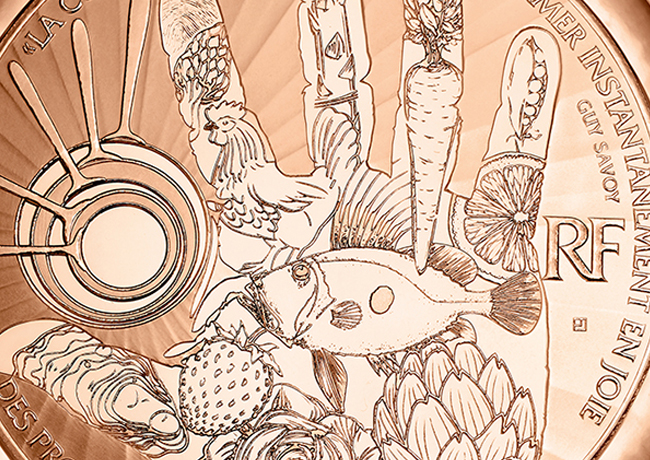 Multi rewarded cook Guy Savoy installed his restaurant in the new enclosure of the french mint. For this reason, Monnaie de Paris devotes to him a series of coins in its 2017 minting program. Joachim Jimenez, engraver of the french mint, imagined a form of plate inside of which an egg with black truffle were drawn. The making of a plaster, lengthily taken again by the hand of the french master engraver, caused a first draft in volume. Struck at only 11 specimens, this coin of one kilo pure gold puts forward the talent of the French cook.

On the reverse of the coin, the print of the right hand of Guy Savoy recalls that the gastronomy is a whole handy work.

The different  coin values of the series are the following: