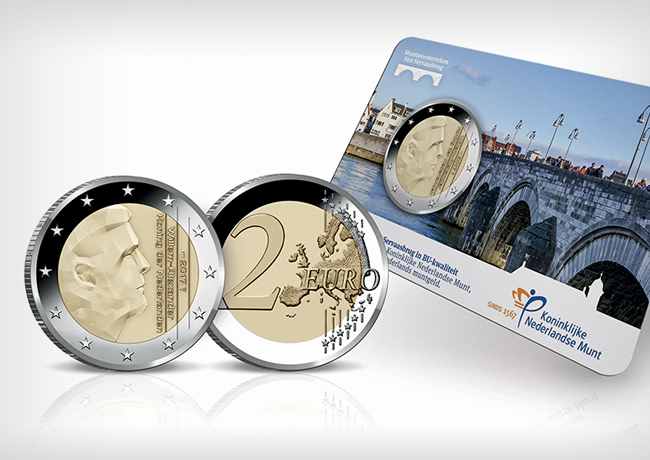 The KNM put on sale several collectors containing series of circulating coins with various mintmarks of the last dutch mintmasters. 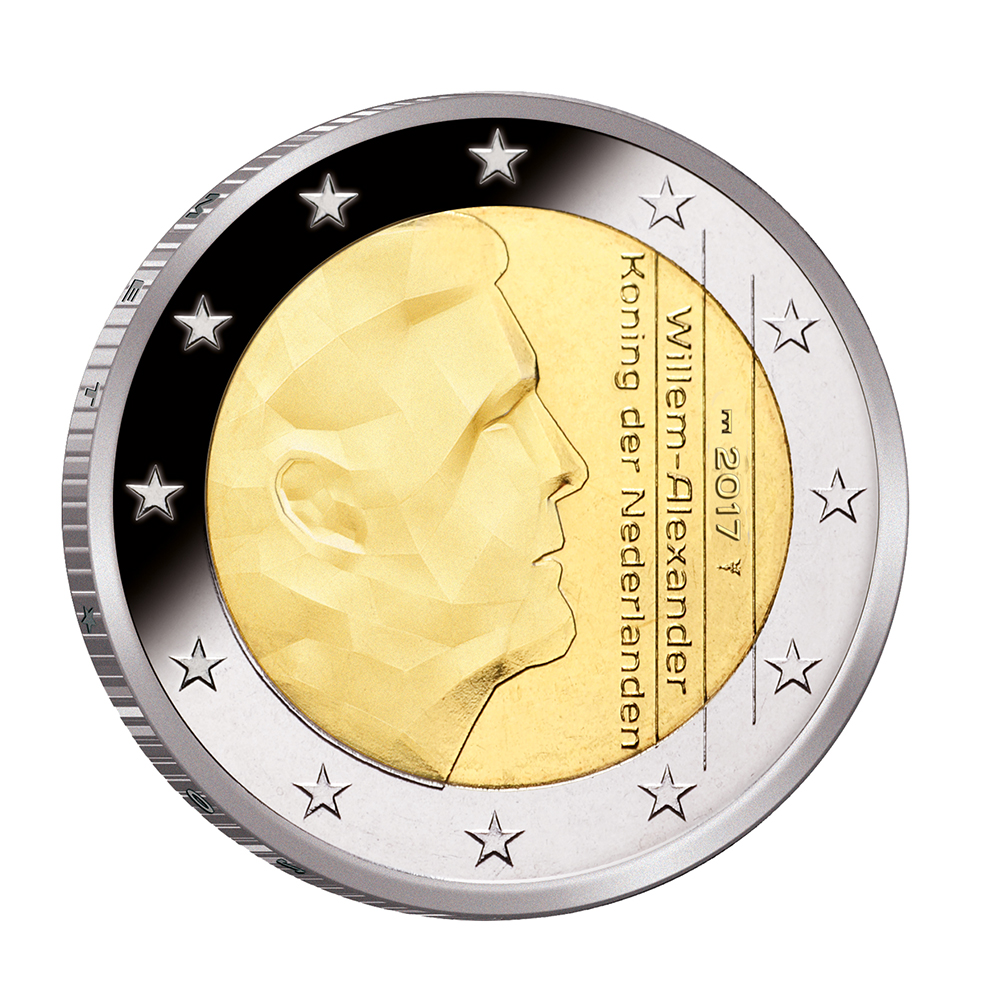 Meanwhile, the KNM, which was for sale, was purchased by a belgian industrial group of the  medal/coin striking sector. In September 2017, the KNM stated that S. SATIJN took the lead of the new private dutch mint. However, in the Netherlands, the function of  engraver in chief is provided by the chairman of the Mint. In France, these two functions are provided by two distinct people.

The KNM seizes this opportunity to issue several collectors containing divisional series issued between 2015 and 2017 in order to present a set including series with various mintmarks and years.

– A BU set minted at 5,000 specimens with the same contents.

– A 2017 €2 BU coin issued at 20,000 specimens (with SATIJN mintmark). These sets have an interest for the collectors which collect per years and mintmarks the series of euro circulating coins. 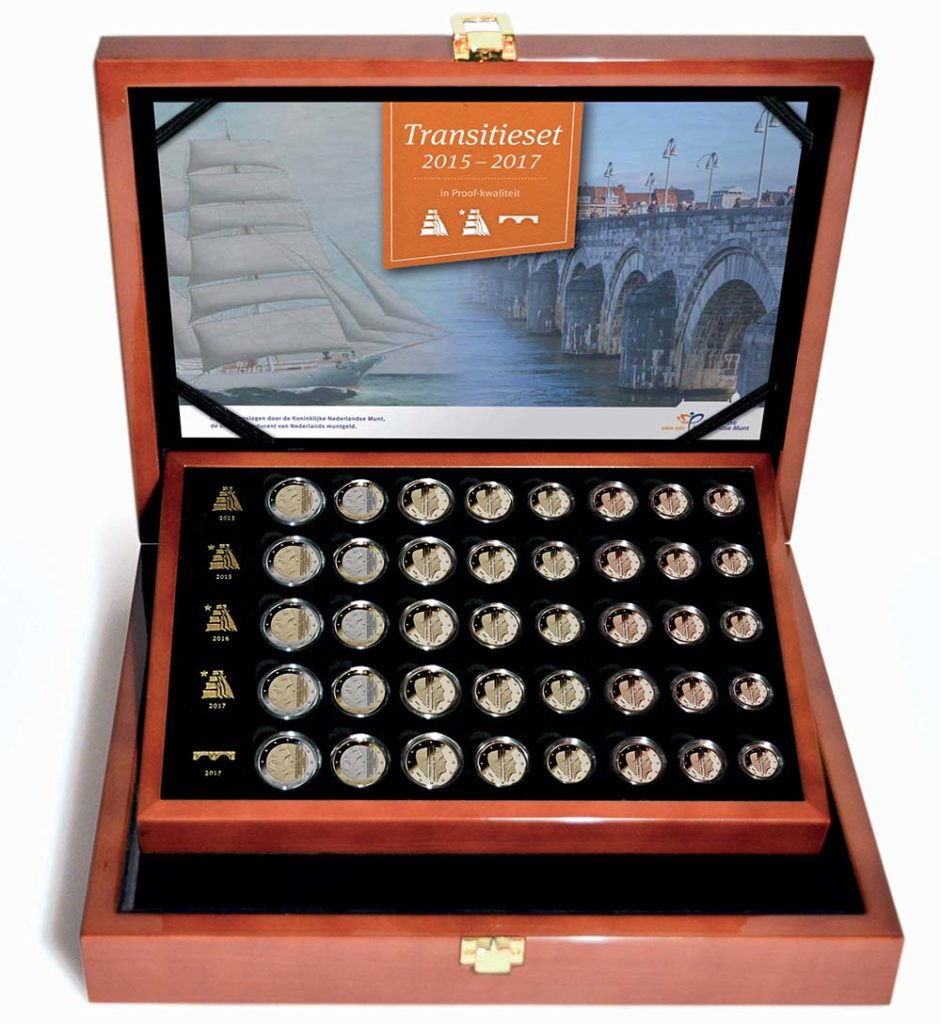