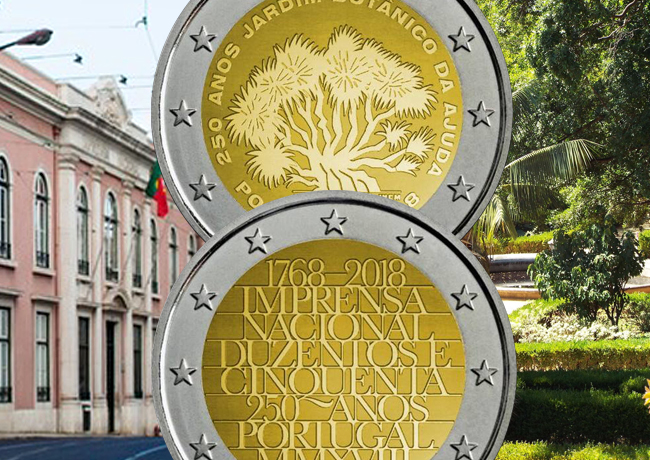 The Mint of Portugal will strike two €2 commemorative coins from its 2018 minting program. The first one celebrates the 250 anniversary of Portugal national printing works, created on December 24th 1768 under the name of “Royal printing works”, also called “typographical Office of Régia”. It becomes, starting from 1833, National Printing works until 1972. After several mergers, it took the name of “Imprensa Nacional-Casa da Moeda”.

The other 2€ commemorative coin will celebrate the 250 anniversary of the AJUDA botanical gardens created by the Pombal landlord in 1768, becoming the first public garden of Lisbon. At the beginning, it was a garden used to furnish fruit and vegetables to the royal palace. But it was finally used as a shelter for many exotic species, designed to maintain, study and collect as many botanic species as possible.

The mintages of the two commemorative coins in the different minting conditions are the following: