Mr. Veerathai Santiprabhob, Governor of the Bank of Thailand (BOT), announced that the BOT was granted royal permission from His Majesty King Maha Vajiralongkorn Bodindradebayavarangkun (King RAMA X)  to print and issue the new series of Thai banknotes (17th Series) into circulation as the circulating banknotes.

The BOT was bestowed the issue dates as follows:

The front side of the banknote in all denominations depicts His Majesty King Maha Vajiralongkorn Bodindradebayavarangkun in the Thai Royal Air Force uniform as the main portrait. The reverse side of each denomination depicts the portraits of two Kings, in order of reign, along with the images of their memorable royal duties. 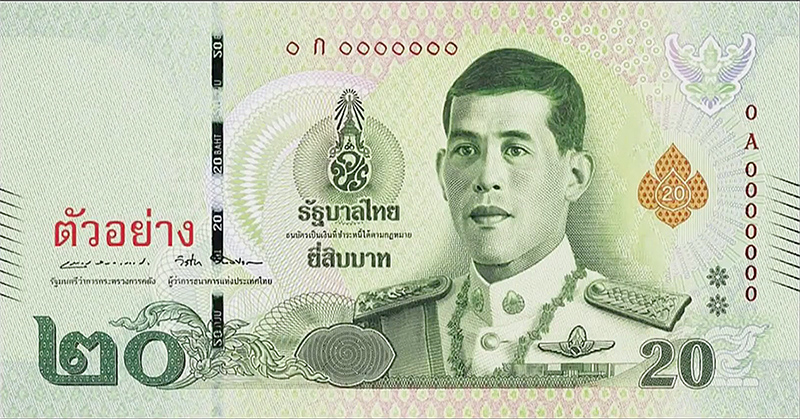 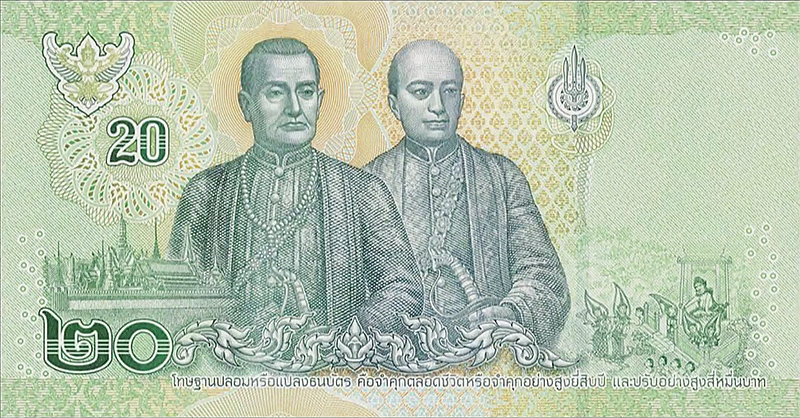 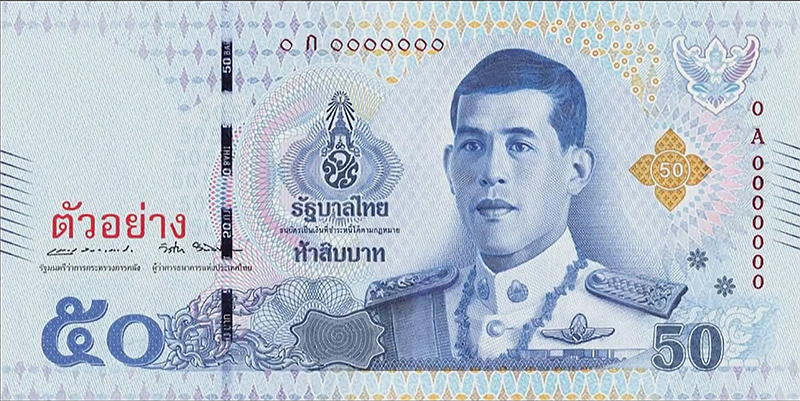 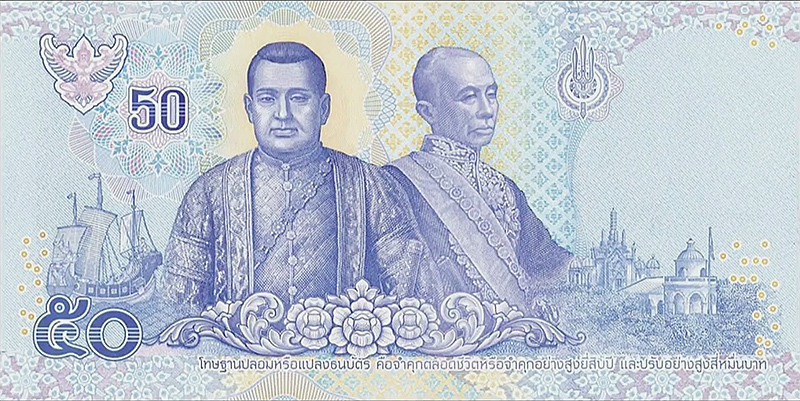 To ensure smooth changeover, the sizes and the colors of the 17th series remain the same as the 16th series.

Most security features are retained in the new series. However, some of new advanced counterfeit deterrent features have been adopted as follows:

Security thread: located on the front side of the banknote. Extra moving effect is incorporated into the 100-Baht banknote security thread.

The Central Bank of Thailand also specifies that the printing process for Thai bank notes is constitued of the following steps:

Offset printing
The background design is first printed in dry offset on a press specially designed to simultaneously print high-precision colour patterns on both sides of the sheets. This makes it possible to produce perfectly registered designs at the front and at the back or to see through the designs in transmitted light, one of the effective techniques to deter counterfeiting.

Intaglio printing
This process is used to add the portrait of H.M. the King and other relief prints on the front of the banknote. The image to be printed is written in the plates. The inscriptions are filled with ink and excess ink is wiped off the plates. Strong pressure is applied to transfer ink from the plates to the pager, leaving the surface slightly raised. This process gives bank notes a tactile feel to the touch, which has proven to be very effective in deterring counterfeiting.

Typographic printing
Each printed sheet is carefully inspected. The correct sheets are sent to the printed serial number and signature by typography, while imperfect or defective sheets are removed from the system for proper destruction. The printing machine also has electronic numbering control to avoid missing numbering printing. This type of control avoids repeating the numbering printed on each note in the same category.

At this stage, each different printing mode constitutes a security element that is added to the others.

The 17th Series of thaï banknotes can be exchanged at any commercial bank, the Government Savings Bank, the Bank of Agriculture and Agricultural Cooperatives, the Government Housing Bank, and the Islamic Bank of Thailand.

The first issue of 1,000 baht banknotes bearing portrait of His Majesty King RAMA X has won The Best New Banknote Award at the High Security Printing Asia 2018 international conference held in Hanoi, Vietnam, from December the 4th to the 6th.

The banknote was cited for its unique printing technology using the optically variable magnetic ink (OVMI), the first of its kind for Thai banknotes which creates three-dimensional moving patterns and switching colors when observing from different angles.