Finnish National Landscapes, The Natural and Cultural Landscape of River Oulankajoki is part of a series of commemorative coins with nominal values of EUR 5 released in 2018. The coin has been granted the Key Flag Symbol by the Association for Finnish Work.  The national landscapes that symbolise the Finnish character have a generally recognised significance in Finland’s national culture, history and conception of nature. Mint of Finland is releasing a series of base-metal commemorative coins on Finland’s national landscapes.

In an online poll held in the summer of 2017 and organised by Mint of Finland, the Finnish people voted for nine of their most popular national landscapes to be featured on the commemorative coins. The obverse of the seventh coin to be released in the series depicts the natural and cultural landscapes of Oulankajoki, while the reverse is minted with an image of the map of Finland. The commemorative coin is designed by Erkki Vainio and Mari Metso on the basis of a photograph shot by Hannu Vallas. 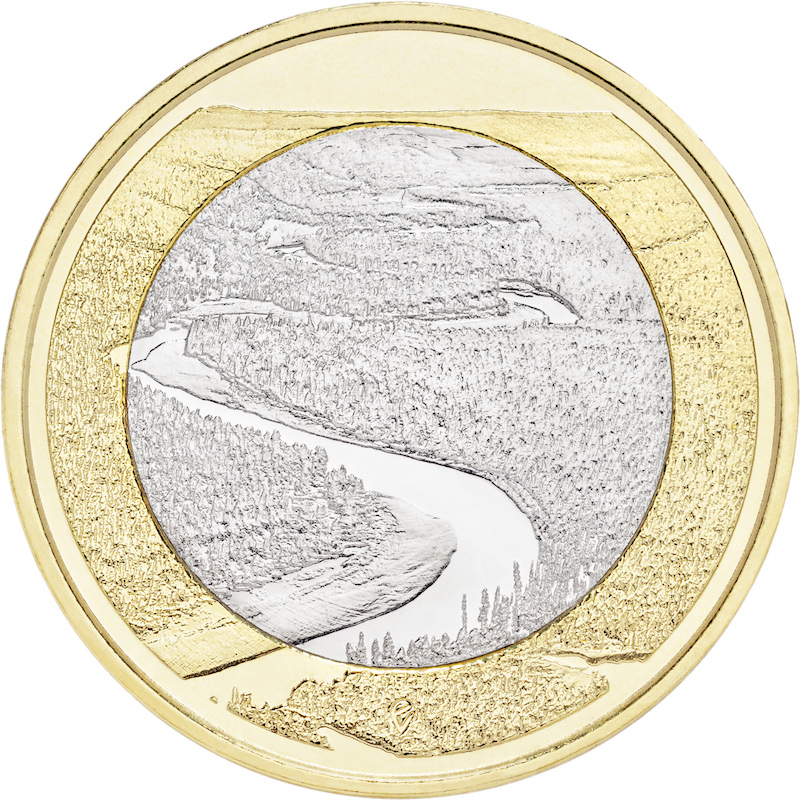 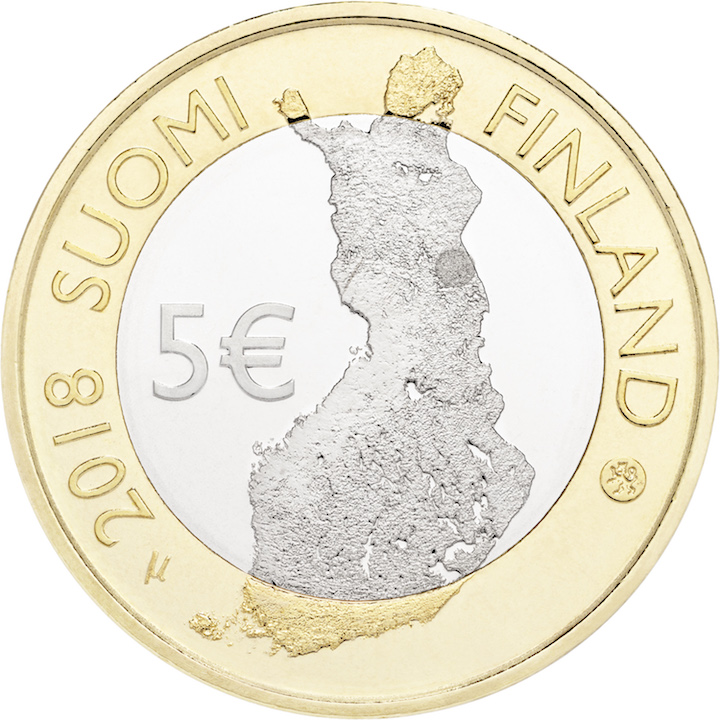 €5 – The Natural and Cultural Landscape of River Oulankajoki 2018