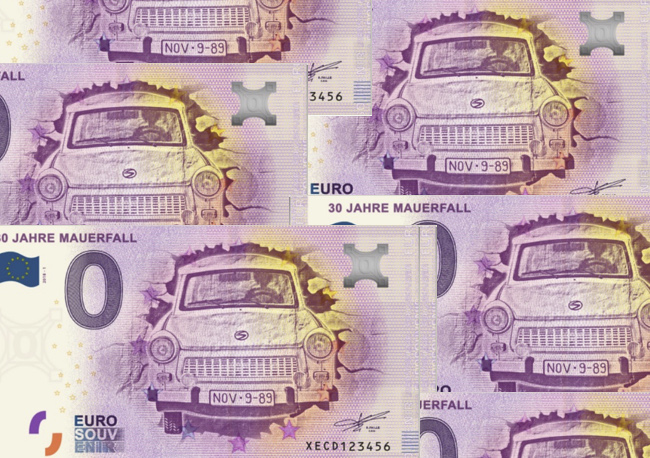 MDM, in partnership with Euroschein Souvenir GmbH, has published a series of three banknotes commemorating the thirtieth anniversary of the Berlin Wall fall. On the obverse of the banknote, you can see a traban, emblematic car of the GDR, driving through the Berlin Wall, former geographical and political separation between the FRG and the GDR.

The fact that MDM, one of the biggest european mail order company, publishes zero euro banknotes makes this young collection enter into the collections of many European subscribers to the sales system set up by this german company. This stage therefore marks a significant evolution of this collection and will significantly influence its future development.

The Berlin Wall, a tragic memory of the Cold War 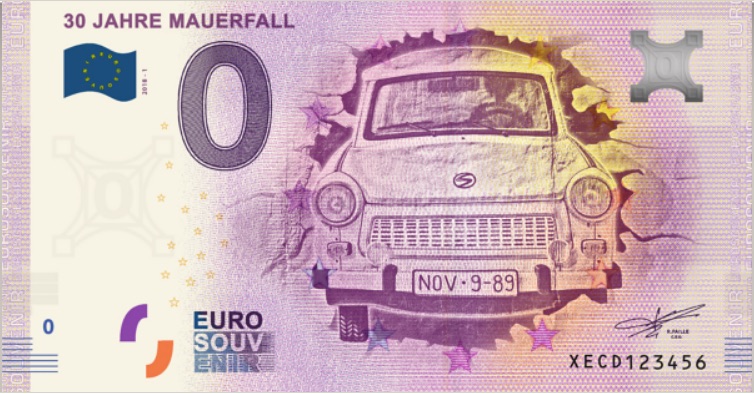 The Berlin Wall was the product of the Cold War as it reached its climax in August 1961. The Berlin Wall quickly became known as the “Iron Curtain”. It had become the symbol of a completely sealed border between the two political blocs. Many people died (estimated at several hundred) trying to cross it by any means, whether by hot air balloon, by boat, by swimming or in a makeshift submersible, on land by digging a tunnel or simply by “jumping the wall”.

A scene from the excellent S. SPIELBERG film, “bridge of spies”, retraces one of these sad attempts. While Tom HANKS was crossing the border between East and West Berlin by underground train, he witnessed an attempt to cross the wall by a group of people who were suddenly  machine-gunned by the East German police guarding the wall, the VOPO (for “Volkspolizei” or “People’s Police”).

The fall of the Wall occurred when the wind of liberation from the Soviet Union hit the Eastern bloc and of growing popular movements, during which millions of East German citizens protested against the immobilism and lack of individual freedom imposed by the Communist regime of East Germany and claimed the right to pass freely to the West sector.

The wall officially fell on November the 11th 1989

The growing interest of collectors for GDR numismatics

For numismatists, East German coins and banknotes are of growing numismatic interest. Indeed, these items are still very affordable and are still available in very good, even excellent numismatic conditions. 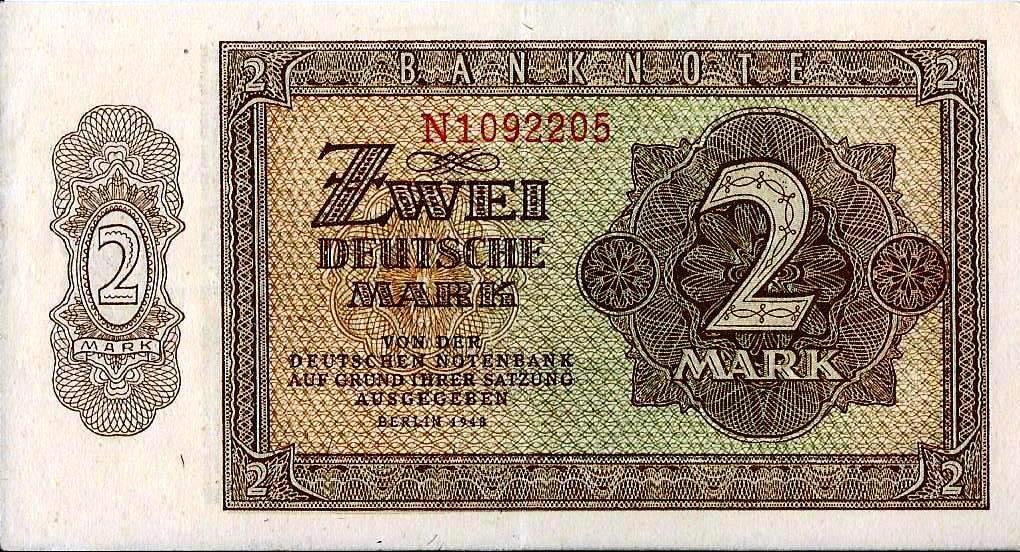 In addition, this collection has the advantage of being a closed collection. There have been no East German coin or banknotes  issues since 1990, when the West German mark became the single currency for both Germanies.  Finally, the period over which the East German mark has circulated is very short. It circulated for about 45 years. Professional numismatic retailers even told us that some GDR banknotes were becoming very difficult to find on the market in UNC condition. 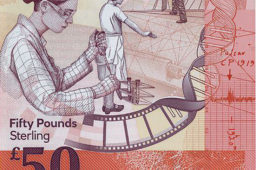