The Minister of Finance, Jordi Cinca, presented in March 2018 the 3 commemorative coins that the Andorra government issued on the occasion of the 25th anniversary of the Constitution of Andorra Principalty. For the first time, the Principality of Andorra has ordered to its coin striking subcontractor, this year the Spanish Mint,  gold and silver commemorative coins.

– A 2 euro coin. According to the Minister of Finance of the Principality, Jordi Cinca, this particular issue is justified by the importance, for Andorra, of the 25th anniversary of the Constitution, with a forecast mintage of  75,000 coins. 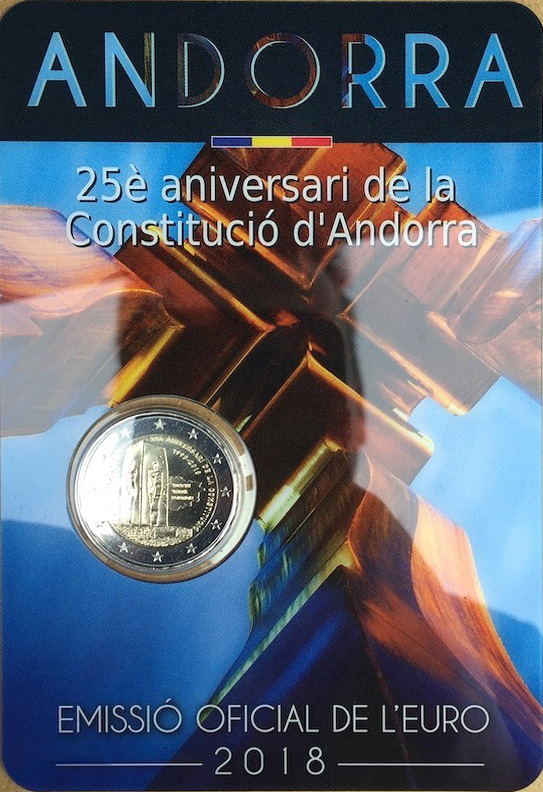 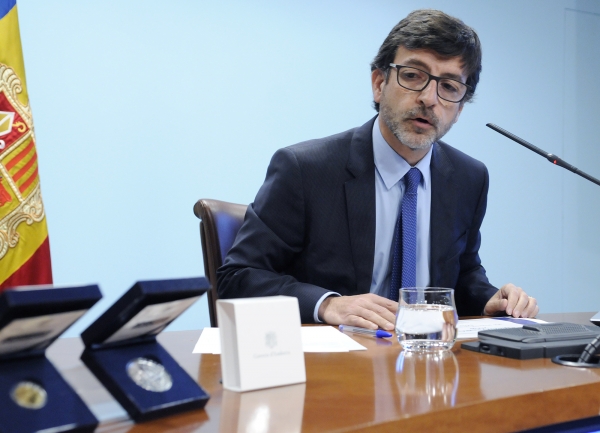 The design of the two precious metal commemorative coins reproduces, on the obverse, the Principality’s coat of arms, and the first words of the preamble to the Constitution, as well as a human face, representing the Andorran people.

On the reverse are two hands, symbolizing the signing of the Constitution with the inscription “Virtus Unita Fortior” (“the united righteousness is stronger”), the national motto of the principality.

For the €2 coin, the drawing reproduces the monument dedicated to the Constitution, work of the sculptor Emili Armengol, which is currently located on the General Council Square in Andorra la Vuella. To the right of the Monument is a map of the country with the national motto “Virtus Unita Fortior”.

The marketing of the coins will be done exclusively by Andorra’s numismatic professionals, as was done in previous commemorative issues, but under the control of the Government’s Monetary Issues Service.

A second coin was struck in the second half of 2018 on the occasion of the 70th anniversary of the Universal Declaration of Human Rights. 75,000 copies of this coin have been minted.

A BU coin set (Brilliant Universel) will complete the 2018 collection with a forecast mintage of 20,000 units. 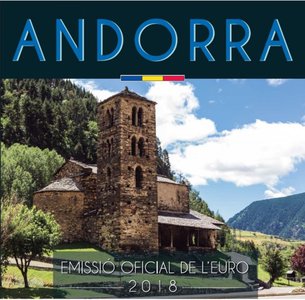 The Minister of Finance, Jordi Cinca, also made a very positive assessment of the 4 previous €2 commemorative coin issues (2014, 2015, 2016 and 2017). He considered that he had consolidated and standardised the marketing of the Andorran euro coins in the numismatic sector, both in the Principality and abroad.

Two announcements published in BOPA dated 04/11/2018 and 11/07/2018 specify that the FNMT (Spanish Mint) has minted all 2018 Andorran coins, both circulating and non-circulating, for a total amount of €1,868,391. The packaging for the 2018 Andorran collectors was produced by the Italian companies LADA PACKAGING and LADA SNC DI MANIGLIO PAOLO.

The ANDORRA Principality sold all its numismatic production in 2014. For all other years, it still has items in stock. From each numismatic issue, 100 coins are deducted for the national library in order to ensure the preservation of Andorran heritage. 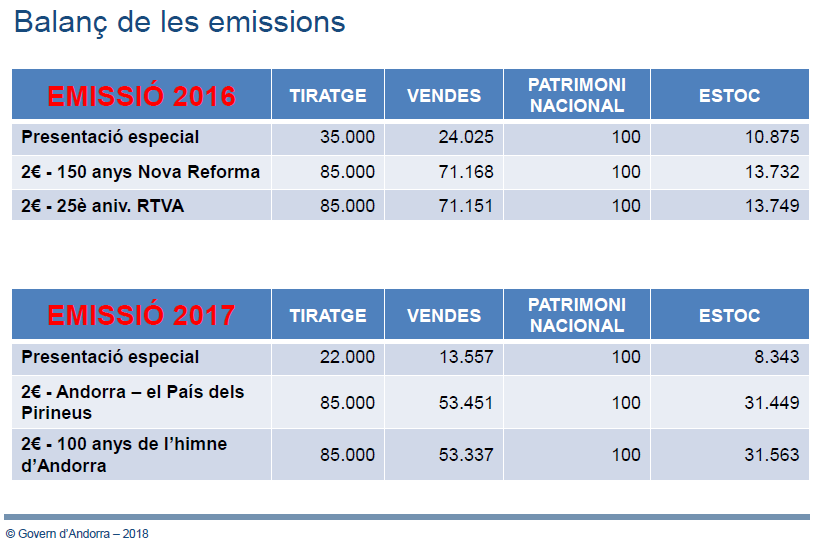