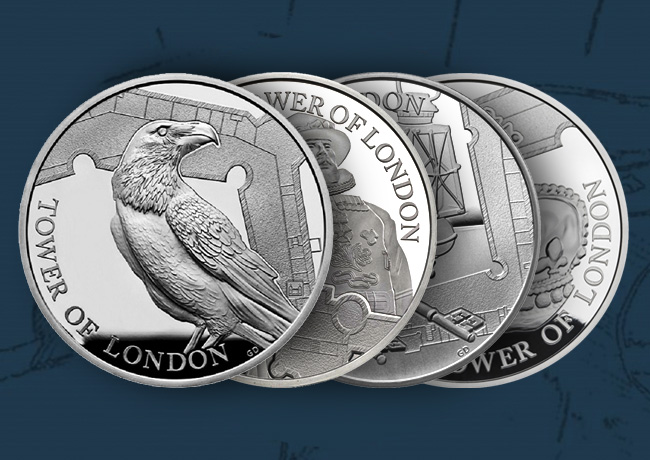 The Royal Mint has today announced that the epic story of London’s imposing royal palace and fortress will be brought to life by The Tower of London coin collection. Built almost 1,000 years ago by William the Conqueror, a set of four commemorative coins will mark the ceremonies and legends that have endured to the present day.

The first coin in the collection – The Legend of the Ravens – will feature the iconic birds that have made the Tower their home. Additional coins will feature the Crown Jewels, Yeoman Warders and the Ceremony of the Keys.

The ravens of the Tower are one of the most distinctive images visitors take away with them. Ancient chronicles tell of King Bran Hen of Bryneich who upon his death requested his head should be buried on Gwynfryn (the ‘White Mount’), the site of the Tower of London, giving rise to the legend that if the ravens ever leave, the fortress will fall.

Some say they remain because of Charles II. His astronomer John Flamsteed became annoyed by the birds getting in the way of his work, so the king ordered their destruction, only to change his mind. Fearful of the prophecy, he decreed at least six ravens should remain at the Tower of London at all times.

The Tower ravens enjoy a pampered existence. Biscuits soaked in blood and even scraps of fried bread from the Tower kitchens supplement their usual diet of mice, chicks and rats.

The reverse design of each coin in the collection shows a section of the ancient walls and also features a special Tower mint mark, which is the first time this has appeared on a UK coin. This depicts the White Tower, demonstrating the link between the Tower of London and The Royal Mint, which operated within the fortress for centuries.

Nicola Howell, Director of Consumer Coin at The Royal Mint commented: “Everyone remembers the Tower of London, the grisly goings-on that we learn about at school, or exciting trips there to find out more about the past and see the Crown Jewels. The Tower contains so much British history – including that of The Royal Mint – that we had to mark this with a collection. We hope everyone enjoys finding out more about the myths and legends of the Tower, we certainly did!”. 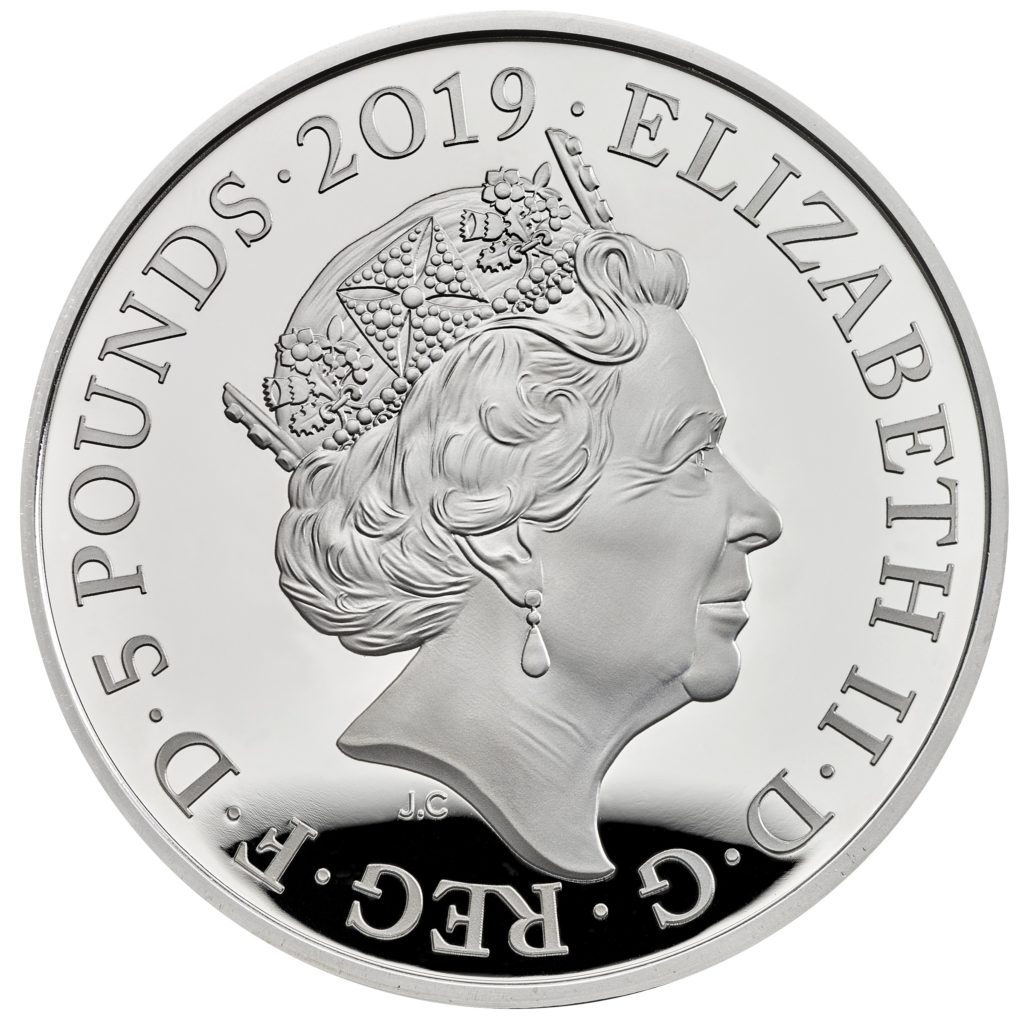