During the BERLIN World Money Fair 2019, NUMISMAG was able to meet the representative of the Vatican’s Numismatic and Philatelic Office and to discuss with him the various coins issues planned for 2019 in Vatican State.

In 2019, the Vatican will issue a BU set (65,000  sets, two versions with and without €5 Day of Youth in PANAMA) and a proof set in two different versions, one with a €20 silver coin and the other with a €50 gold coin, both dedicated to Francis pope.

A coincard (four different colorized versions) containing a 50-cent coin 2019 will also be issued in 2019. 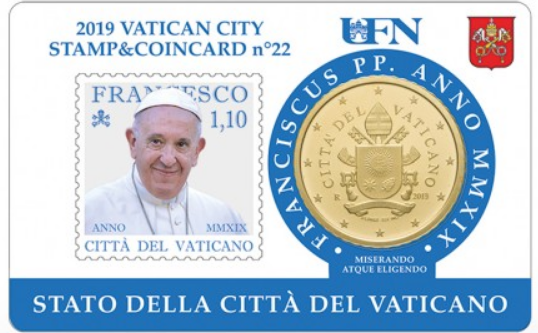 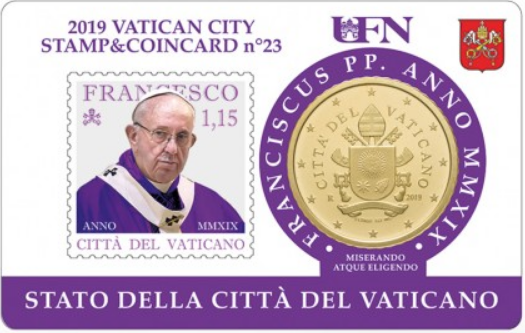 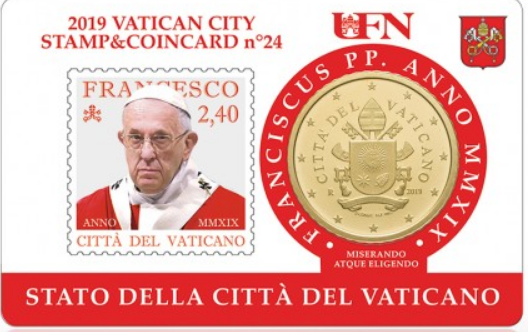 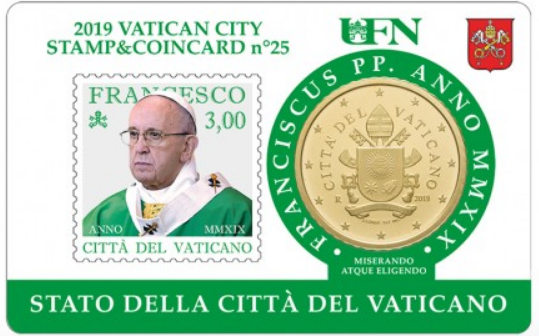 Two commemorative €2 coins will also be minted in 2019.

These two coins are minted in BU condition with a mintage of 70,000 coins each.

These coins are minted by the Italian Mint (ZECCA). However, the representative of the Vatican numismatic office whom we interviewed at the World Money Fair told us that the Vatican could now have its non-circulating commemorative coins and circulation coins minted by the Mint of its choice. He is no longer required to make them strike by the Italian ZECCA.

Sources: UFN of VATICAN and NUMISMAG©.