The Royal Australian Mint is commemorating 60 years of one of Australia’s most loved TV characters, Mr Squiggle, with the release of limited edition coins in Woolworths supermarket registers from today.

Four $2 coin designs, with one released each week, have been produced by the Mint with depictions of Mr Squiggle and his friends Gus the Snail, Bill the Steam Shovel and Blackboard. 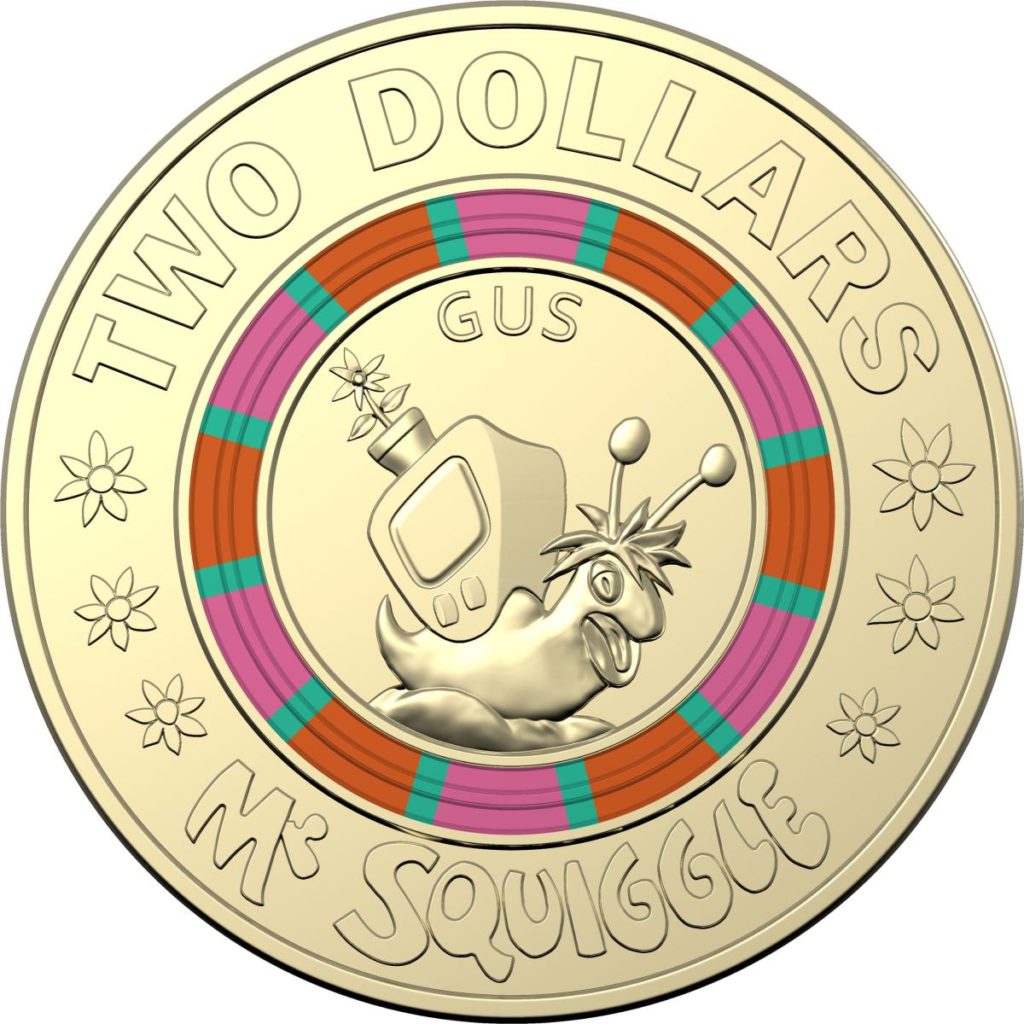 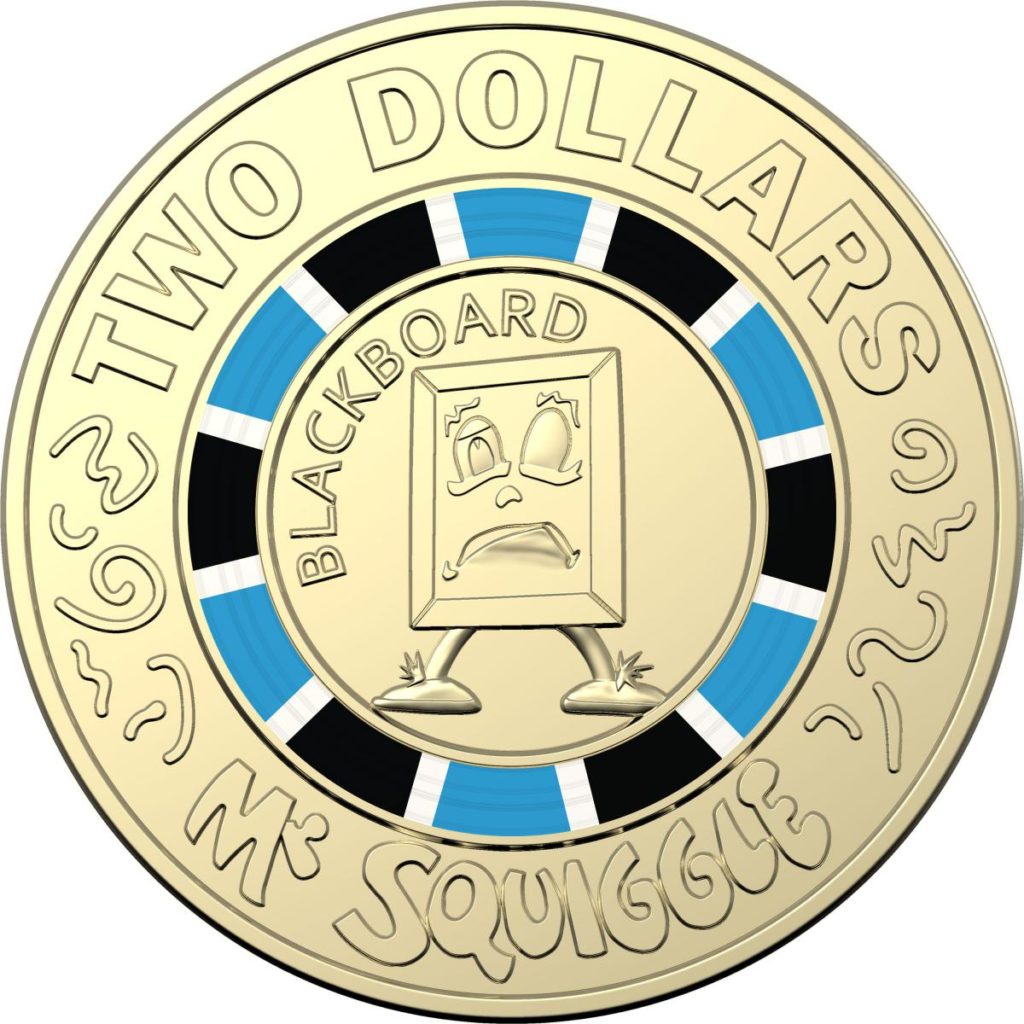 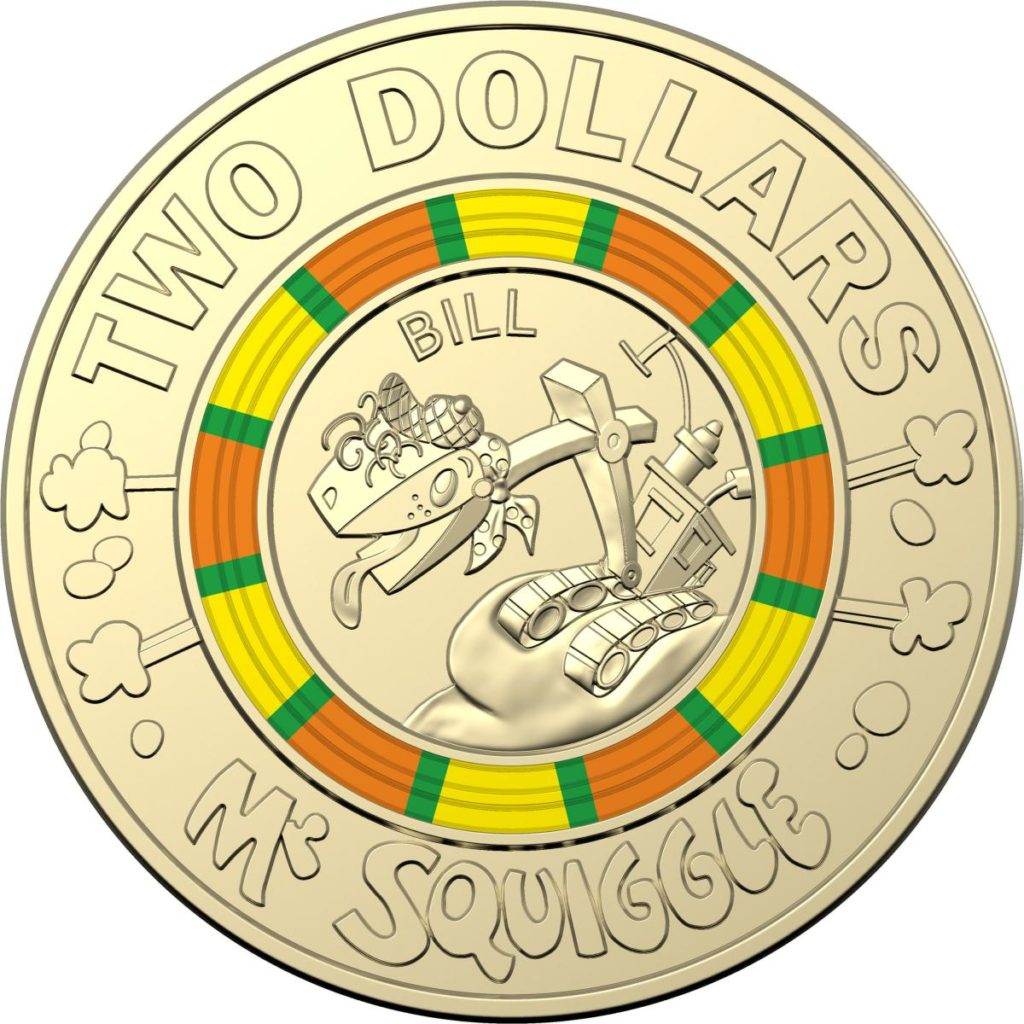 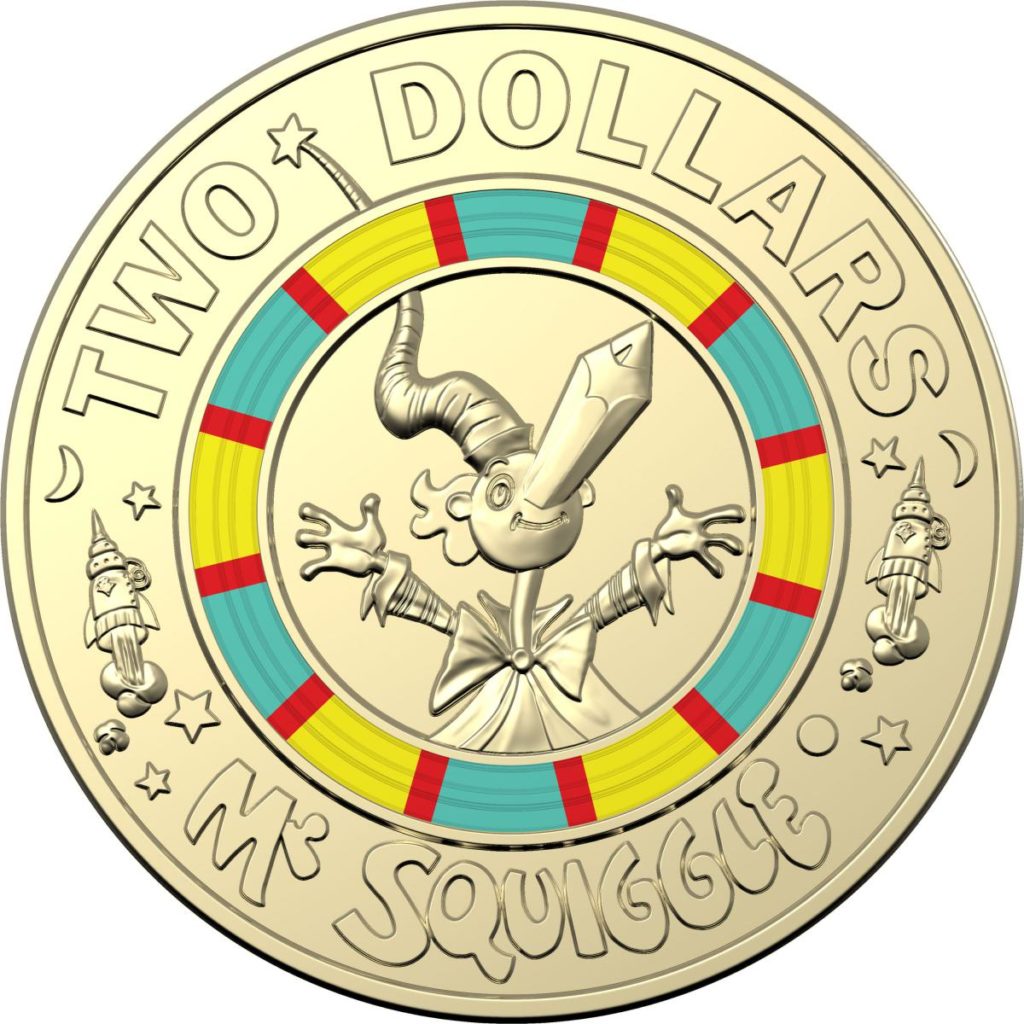 Assistant Minister for Treasury and Finance, Zed Seselja, said “Since first appearing on TV screens across Australia in 1959, Mr Squiggle has entertained millions, including me when I was growing up, with his impressive drawings and inquisitive nature.”

“I am thrilled Australians will be able to celebrate Mr Squiggle through this collector coin series, a tribute to a character well-loved in Australian culture. The vibrant colours and intricate illustrations on the coins capture the fun and wonder that Mr Squiggle brought to Australian households for decades.”

Rebecca Hetherington, daughter of Mr Squiggle creator, Norman Hetherington said “lt’s such an honour to have the Royal Australian Mint and Woolworths immortalise my father’s work in this unique way.

“The coins perfectly represent Mr Squiggle’s fun and imaginative view of the world, attributes he shared with my father. I’m excited to share this opportunity with Australians who have grown up with him and remember him fondly, and also to introduce Mr Squiggle to a new generation.”

Woolworths General Manager of Programs, Rod Evenden said; “We are pleased to be able to help celebrate 60 years of such an iconic character loved by so many of our customers.

“The $2 coins will only be in our registers for a limited time, so as Blackboard says, ‘hurry up’ if you want to get your hands on your own piece of Mr Squiggle memorabilia.”

There will be a staggered release of the commemorative coins over the coming weeks, with the first $2 coin design to be released in Woolworths registers nationwide from today.

There will also be a limited release of a collectable coin album at a cost of $15, which in addition to the four $2 coins, will also include two $1 coins and a special 1 cent coin. 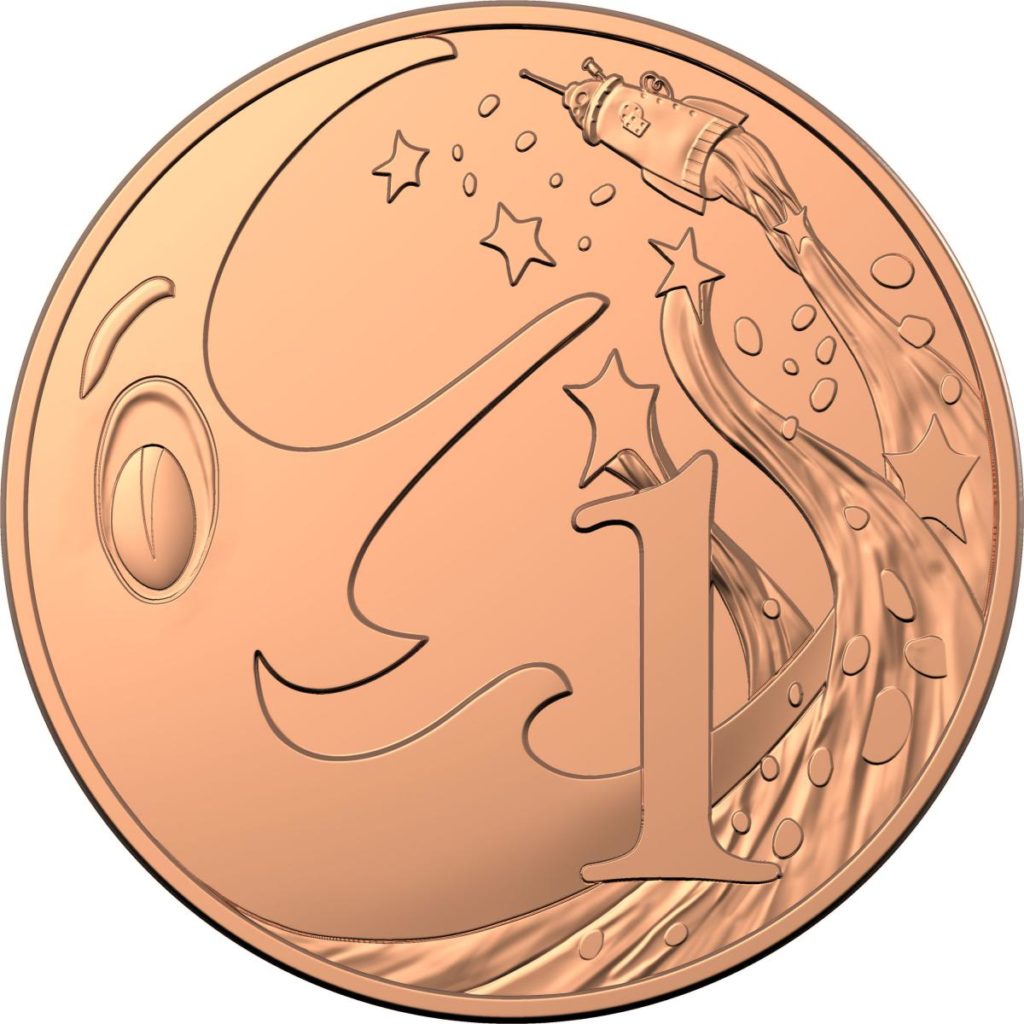 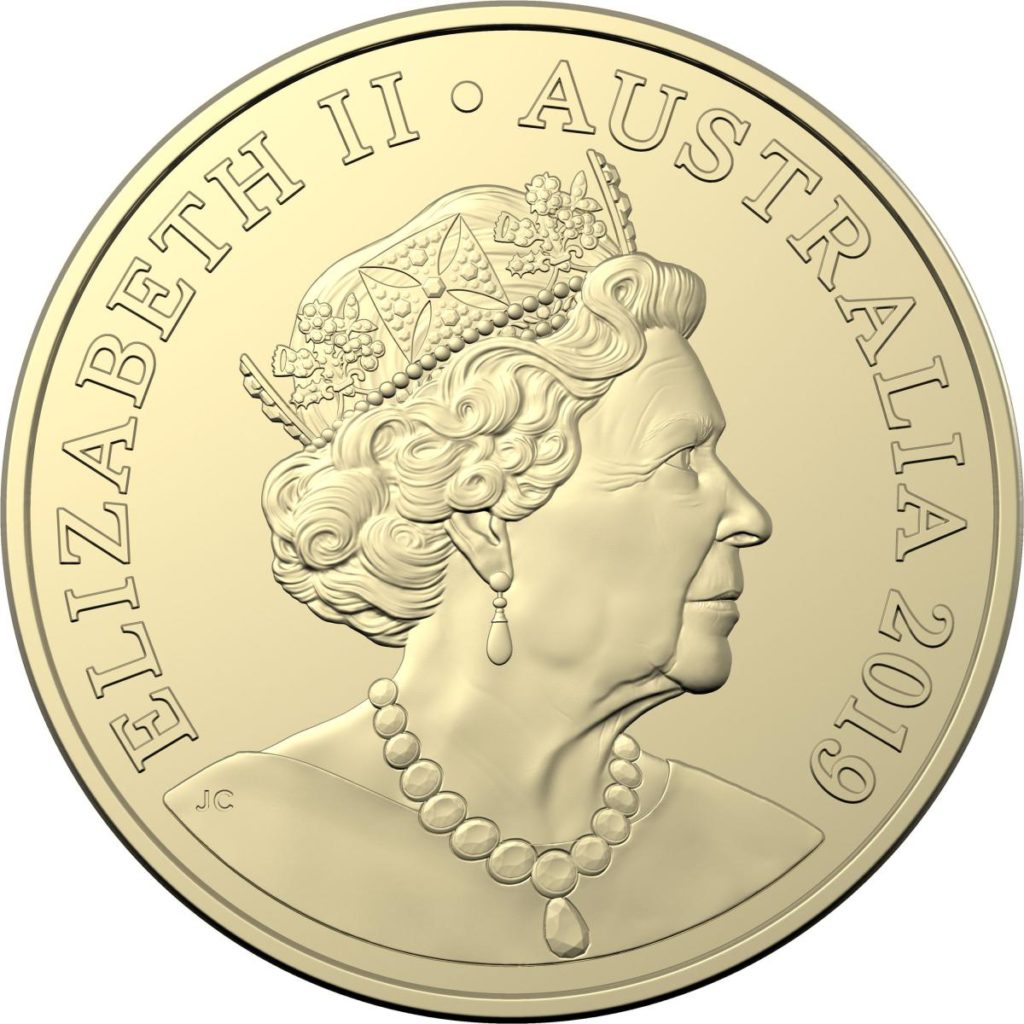 New exhibition “Mr Squiggle the Man from the Moon: Celebrating 60 years of Mr Squiggle and his creator Norman Hetherington” opens to the public on Thursday, 28 February at the Royal Australian Mint.

The exhibition features Norman Hetherington’s inspiring work, including a display of puppets of Mr Squiggle and his friends as depicted on the Mint’s recently released limited edition commemorative coins (see below), in collaboration with Woolworths. 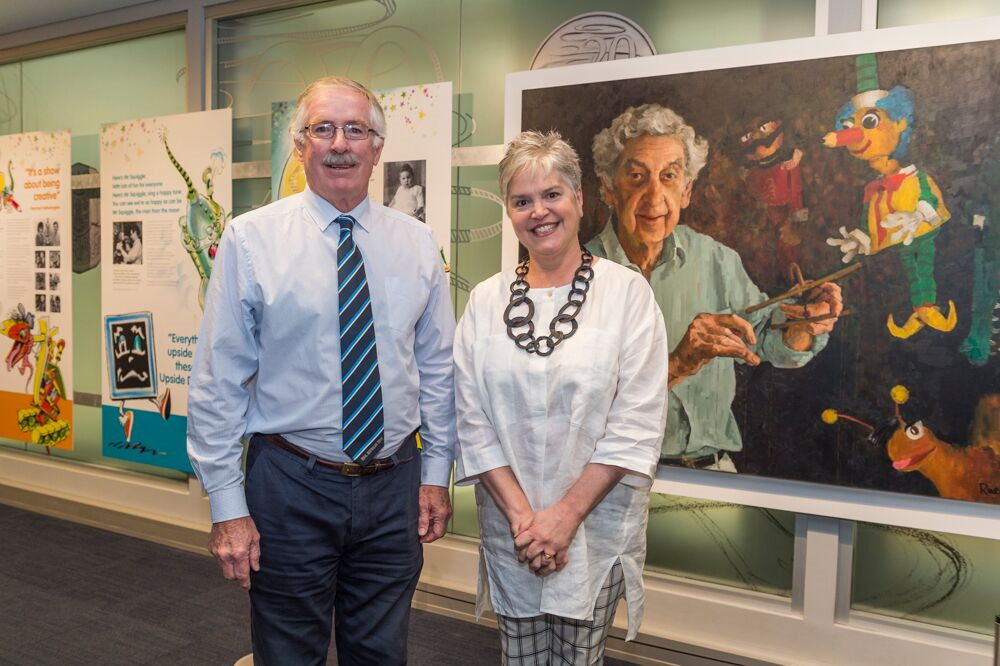 “The exhibition showcases one of the most loved and longest running Australian children’s programs, honouring Norman Hetherington, the brilliant man behind the iconic puppets and television series” the Mint CEO said.

“The Mint is opening this vibrant and meaningful exhibition to share the story behind Mr Squiggle and the recently released coin collection, with the public.”

Rebecca Hetherington, daughter of Mr Squiggle creator, Norman Hetherington and former host of the television series said “people are going to get a glimpse at some special items from my father’s collection.  There’s a lot to choose from as my father liked to keep things but I think the Mint has chosen some gems to be part of this exhibition.  I hope that visitors to the Mint really enjoy a nostalgic glimpse of my father’s work and Mr Squiggle himself.” 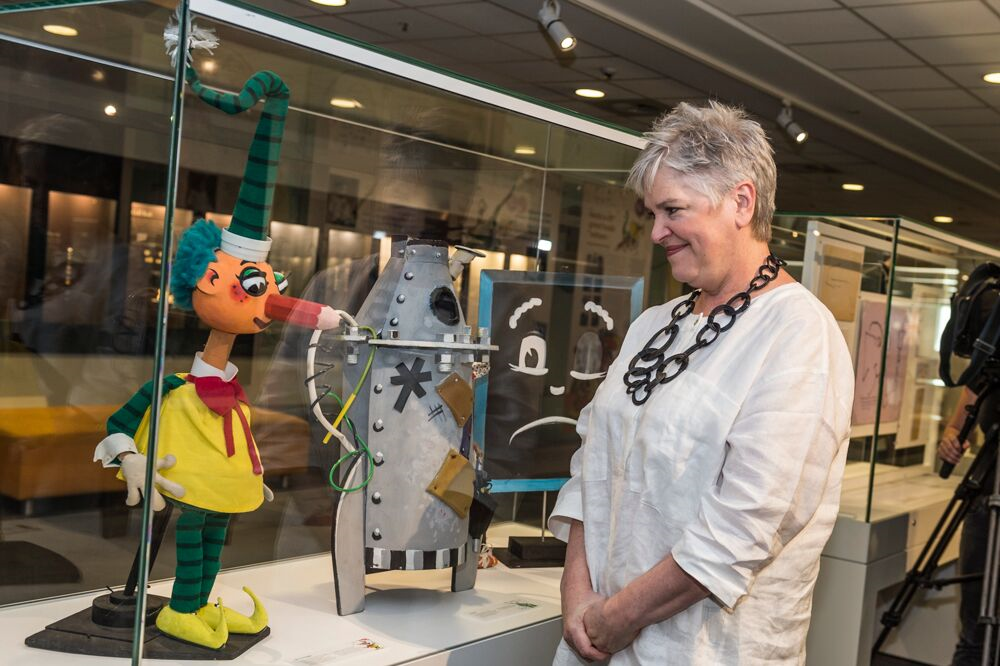 Earlier this month, there was a staggered release of four $2 commemorative coin designs through their registers nationwide portraying Mr Squiggle and his friends Gus the Snail, Bill the Steam Shovel and Blackboard.

A limited release of a collectable coin album ($15 RRP) is available and in addition to the four $2 coins, it includes two $1 coins and a special 1 cent coin.

The “Mr Squiggle the Man from the Moon: Celebrating 60 years of Mr Squiggle and his creator Norman Hetherington” exhibition will be at the Mint during opening hours from 28 February until 28 July 2019.