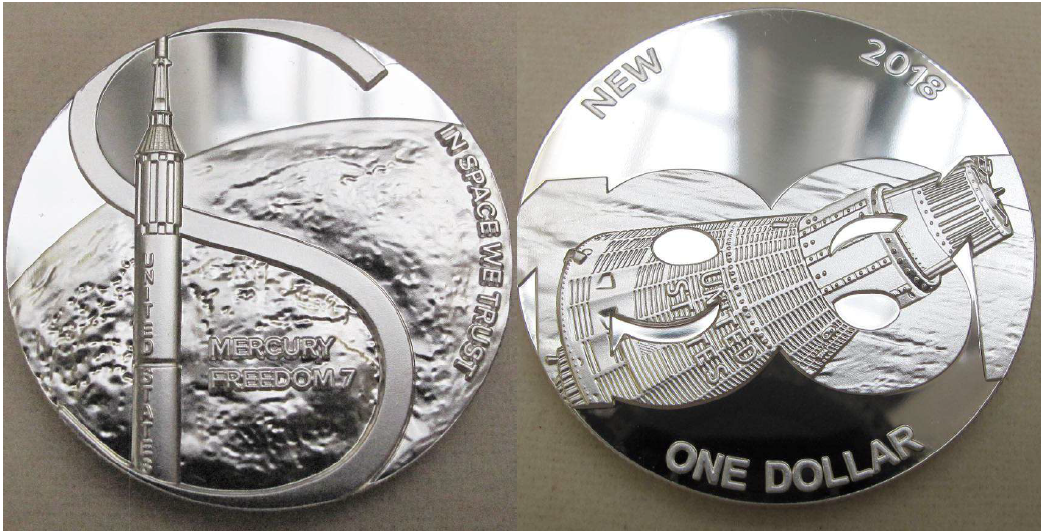 NUMISMAG discovered during the 2019 Berlin World Money Fair the DECRON CLUB (DC). This company produces unique collectible coins, made of gold, silver and platinum. These coins are uncommon because made of metal bars launched to International Space Station, with Expedition in 2017 under following conditions:

After all precious metals came back to Earth to become the First Space Coins. 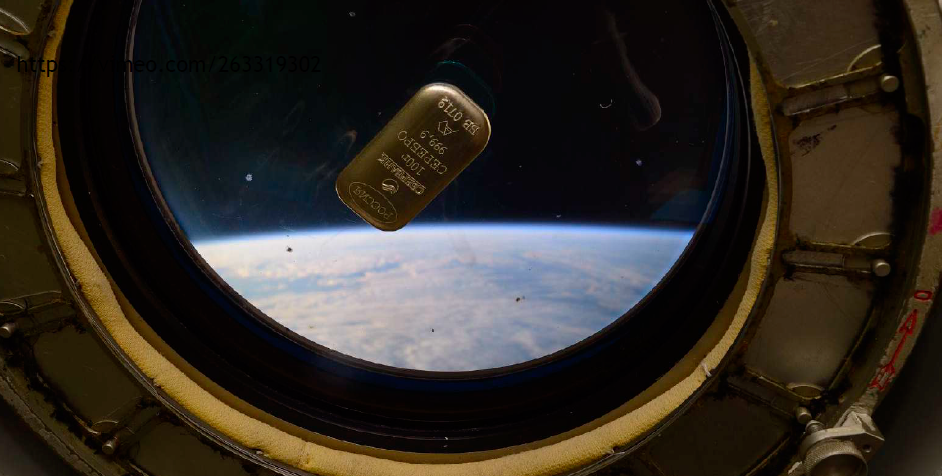 Decron club intend to develop a series of 5 coins depicting different frontiers crossing. The first one is KARMAN line representing the frontier between Earth’s atmosphere (country frontier) and outer space. 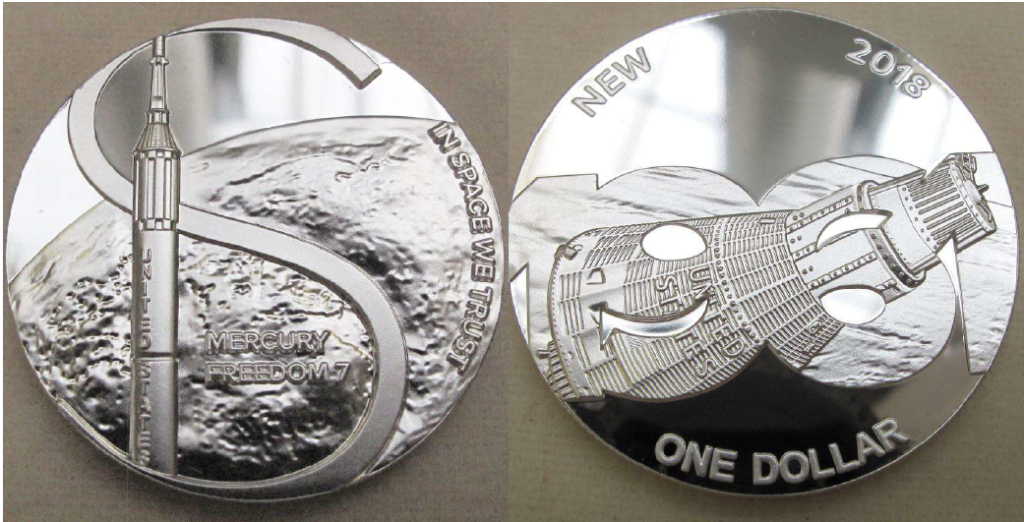 It depicts American historical rocket. On 5 May, 1961 this rocket took Alan Shepard, the first american, to space. Mercury Freedom 7 flies through the letter S and forms a dollar sign. Letter S symbolizes Shepard’s surname as well as the beginning of space coin set. A motto «In space we trust» shows human passion for space. 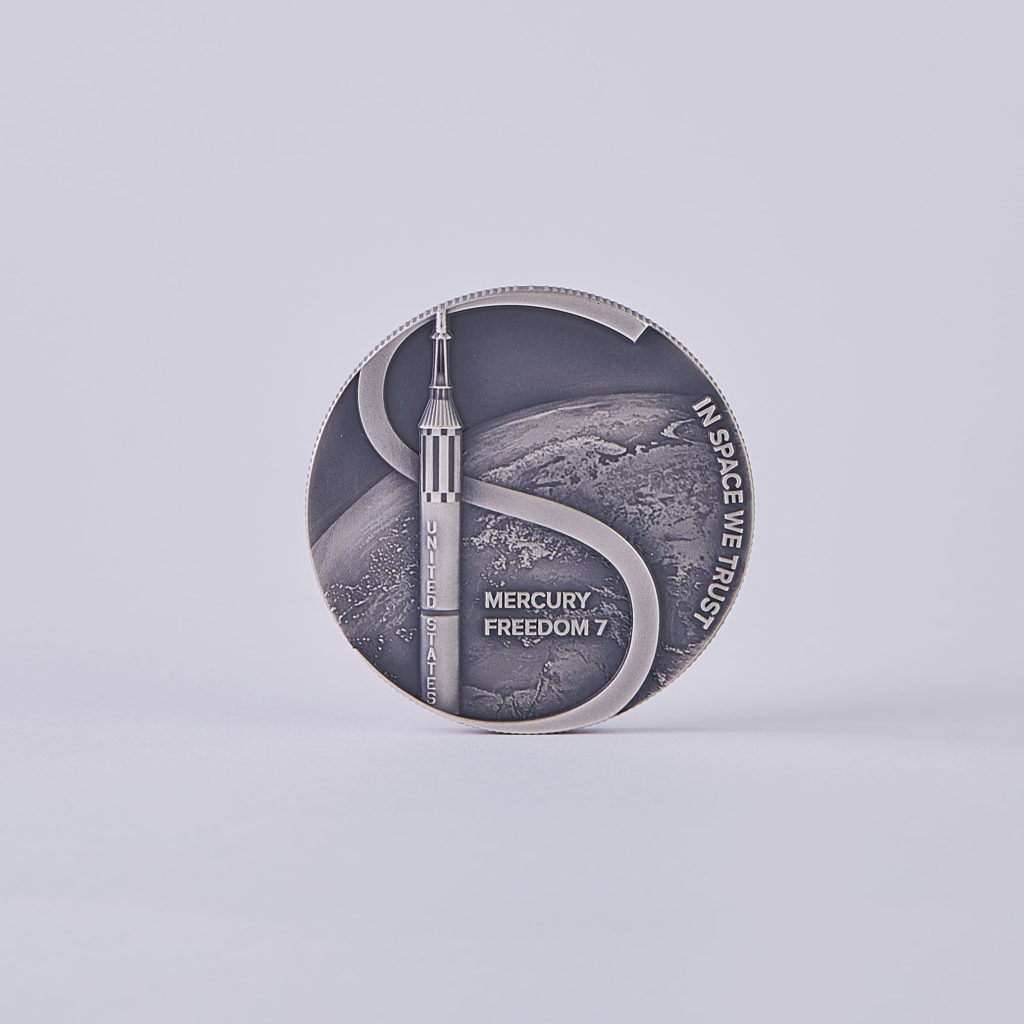 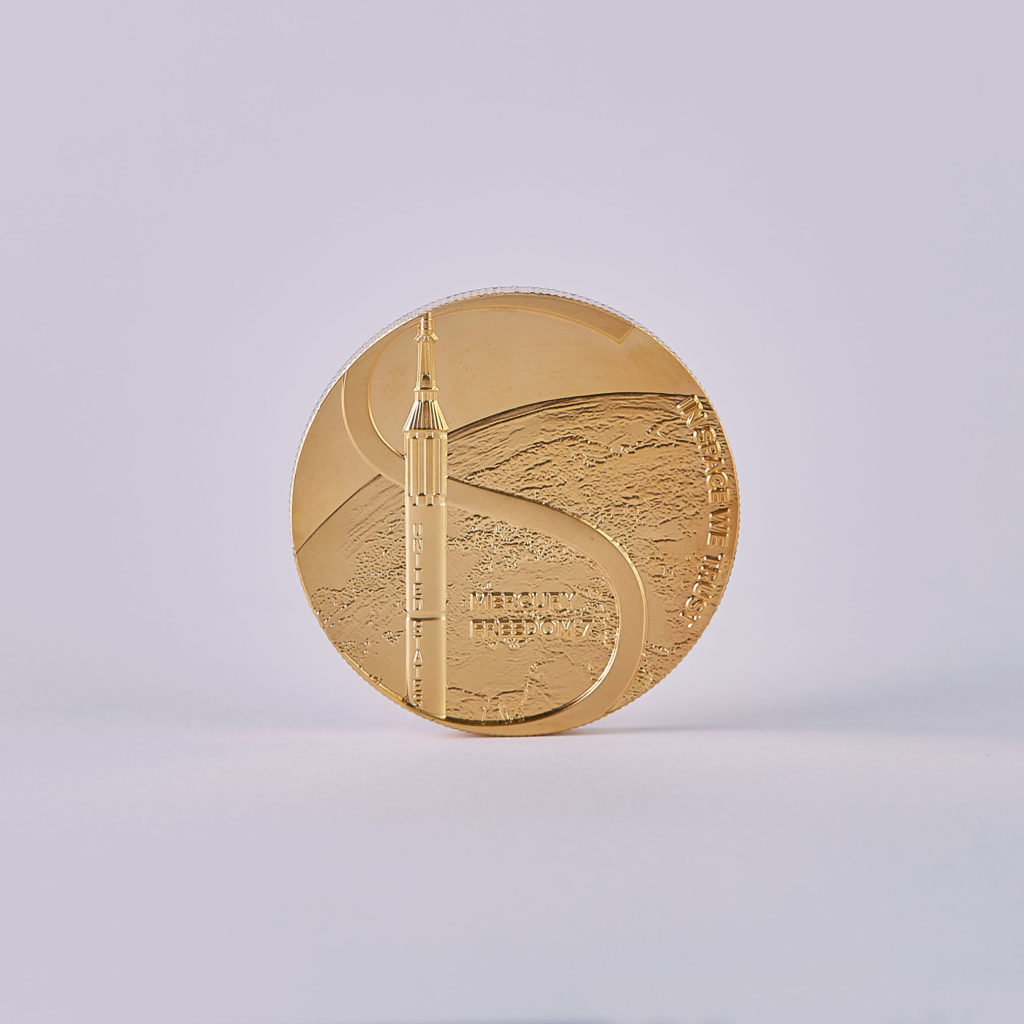 The year 1961 shows this historical moment and a single astronaut inside capsule in which Shepard spent in space 15.5 min. On the background of 1961 is an exact copy of the first Earth shot, made by this vessel. 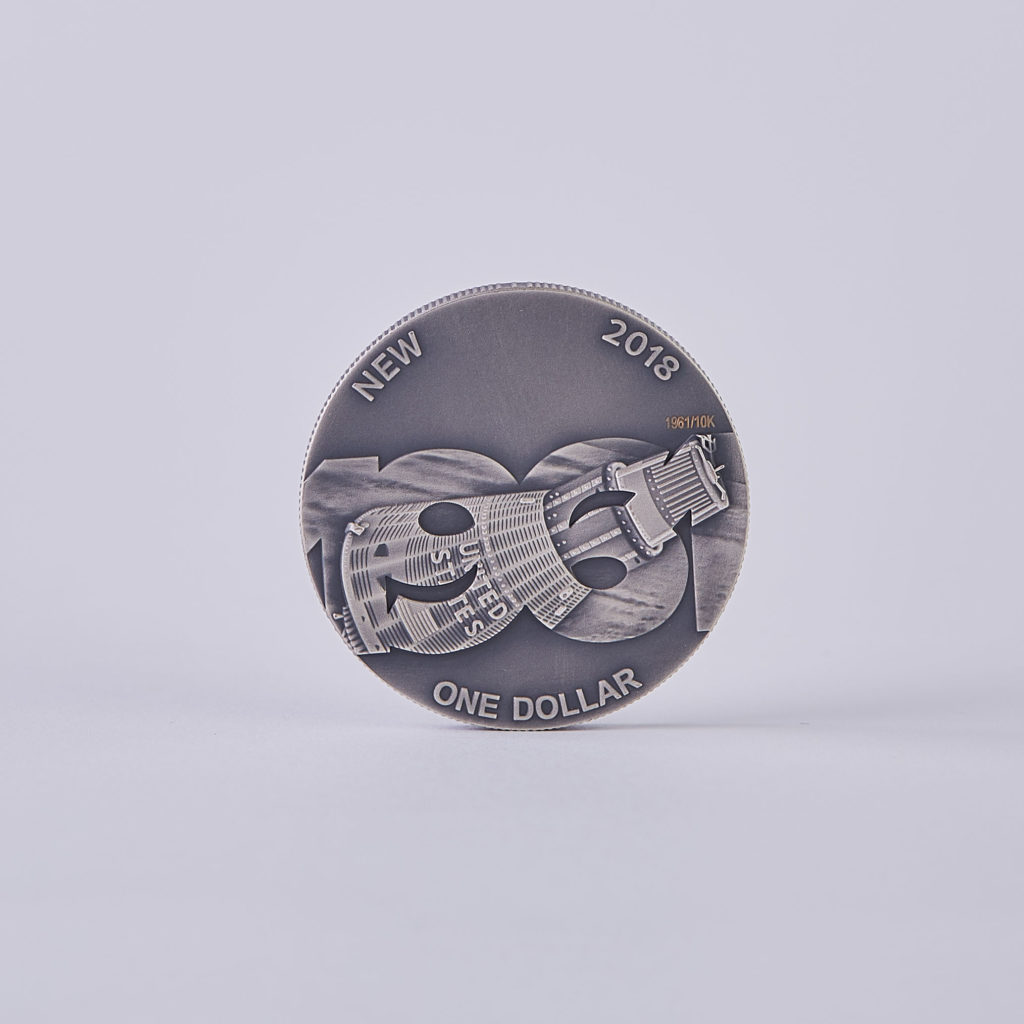 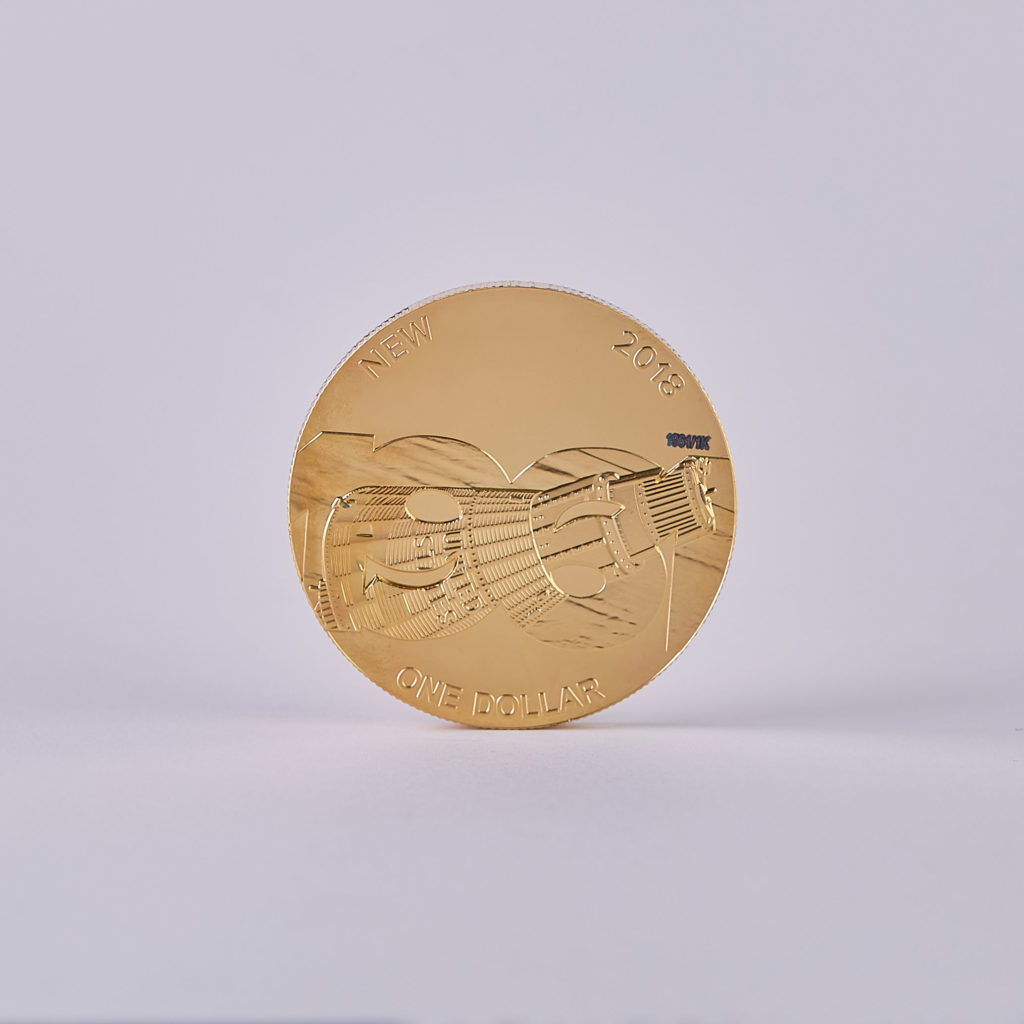 Manufactured by Mint of Poland 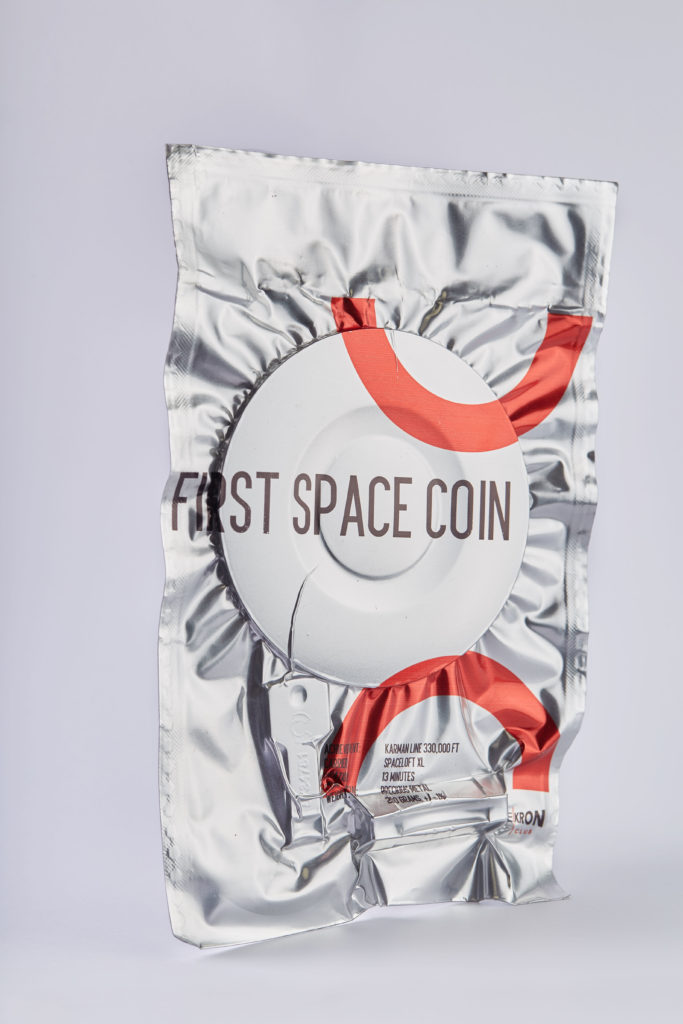